Greetings all! I'm here to announce the 1st Annual YS Web War, a combat tournament between the staffs of YSFHQ and YSUpload. We're fighting for bragging rights, but also to just have a fun time on the servers and to bring out some of us who maybe aren't as active as we used to be or would like to be.


[listbox=The Rules]- Each team will consist of at least 3 staff members from the site, plus two other pilots selected from the community. There will also be 1 referee.
- The tournament will be best of 3 rounds, 10 minutes per round, with a 2-minute break between rounds. A round win is based on the total number of kills, minus the number of unintentional crashes.
- Both sides will have to use the same plane, but may repaint as desired. Personally, I think a stock F-16 .dat is fine, but this is negotiable.
- Only 3 pilots from each team are allowed in the air at any given time. Each pilot on the team must participate at least once per round. On-the-fly pilot changes are permitted, but the exiting pilot must land and come to a stop before his/her substitute can take off.
- If there is a tie in any given round, a 3-minute overtime round will be played. The overtime round is the only time that AAM will be disabled.
- The referee, who cannot be a staff member from either site, will have final say in determining what is a valid kill or crash.[/listbox]

Following the event, YSUpload will announce the 2013 Addon of the Year Award Winner!

If you would like to be the referee, or if you're a modder and would like to help us repaint (YSU will totally showcase your other work, big time!), PM me. Otherwise, the teams will reach out to the people they want to join them that day. We're looking forward to a great, fun, quick event!
Wingzfan "The Budgetman" 99
Treasurer, YSFHQ

Uhhh...huh. Despite my extremely limited add-on activity, it would seem that YSUpload requested my services. I am willing to listen to alternate offers.
[CAG171]Bombcat, Commander, Air Wing 171
Team Awesome # 23
YSFHQ administrator.
Top 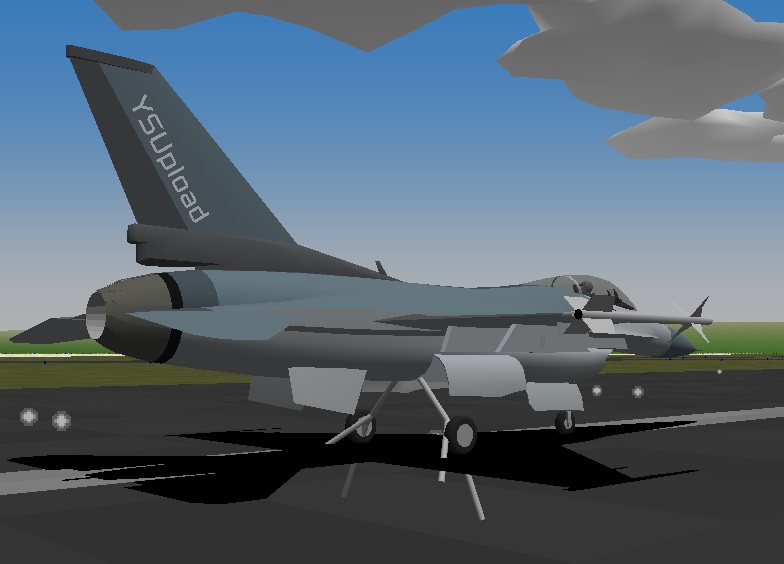 Just an idea for modding: The unfinished YsUpload F-16 in the YsUpload 'Dump' looks perfect for the event. Would give someone a good little project with a bit of fixing to do.
http://ysu.ysfhq.com/dump.php
Top

That would be perfect. I think an update to our latest color scheme might be in order, though.
Wingzfan "The Budgetman" 99
Treasurer, YSFHQ

I need HQ to supply me a list of pilots. Posting here is sufficient.
Wingzfan "The Budgetman" 99
Treasurer, YSFHQ

not really good a2a, but hey, I'll give it a shot!
Check out my website YSDecaff for all my tutorials and addon releases.
Visit by Bitbucket page for Python codes: https://bitbucket.org/decaff42/

I'm in. Get ready.
I make this website.
Top

I want some action too. Gotta see how the other non-171st people do.
CO of the 57th Cloud Rippers
"We rip those clouds apart so you can see the sun!"
Now 100% more decomissioned!
Top

Im in, i just hope this will be sometime later in the month...or months to come.
Top

Let's still try to make this happen today, everyone. It should only take about an hour anyways.

THE WAR IS OVER!

Not surprisingly, YSFHQ defeated YSUpload by a round score of 2-1!

The round-by-round breakdown is as follows:


Thanks to the staff and the handful of observers that came out and made this a successful event!
Wingzfan "The Budgetman" 99
Treasurer, YSFHQ