Doomsday wrote: ↑
Wed Apr 05, 2017 2:05 am
You are forgetting that this is an arcade game, not a realistic game. The planes here will never match their real life counterparts. 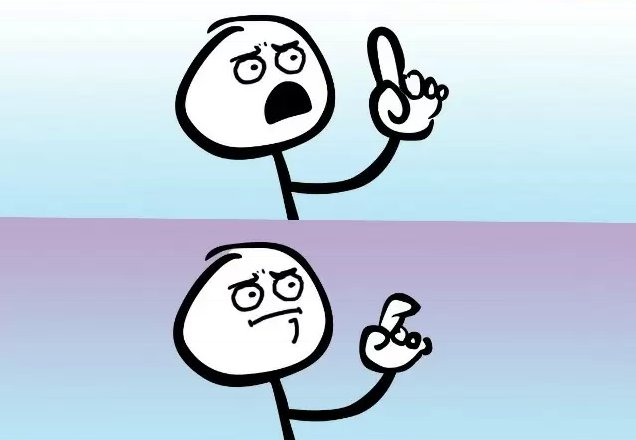 by Flake
Yeah it is a game, but we can apply real world techniques still.

Believe me, circle geometry was a massive talking point back in the CVW171 vs VFA49 days.

m88youngling wrote: ↑
Wed Apr 05, 2017 7:48 pm
Can we all respect one another and continue this maturely, or should I expect more bullying and antagonization? I'd like to know this before we continue.

GrunSol drama all over again.

Sorry if in any of my replies i may sound rough, but yeah, expect more antagonization as we're trying to discuss problems. That is the whole point of it. Unless you have or find any common ground to share with the guys showing their points of view, they will stand their ground.

by lorDuckFeet
Can we just forget the past problems and start a new one? The sadness part: We're stuck in conflicts.
We alredy have only a few peoples on YSFlight, and we're not able to get affordable in this community.
YSFlight is getting self-destructed.

DuckFeet97LOR wrote: ↑
Wed Apr 05, 2017 11:40 pm
Can we just forget the past problems and start a new one? The sadness part: We're stuck in conflicts.
We alredy have only a few peoples on YSFlight, and we're not able to get affordable in this community.
YSFlight is getting self-destructed.

The moment there is a difference of opinion there seems to be a mass calamity with claims the community to being destroyed. It isn't. We're just a small community and an argument seems to involve a larger percentage of the forum members and so it seems much larger.

NightRaven wrote: ↑
Sun Apr 02, 2017 10:11 am
one recommendation from me is to pit yourself against your own squad aircraft, so u will get an understanding of what other squads experience when they go up against your squad. for example, if u are in sarf, try flying 171st/49th aircraft against [SARF] aircraft. If u can beat your squad aircraft, at least u have a stronger claim in asserting that your aircraft are not "cheaty".

Hello all, I am one of the engineers from [SARF] I would like to try to help clear some of this up. I'm not a fan of confusion. And I love the YSF community so If at all possible I would like to put this age old question to rest. I have seen this happen increasingly as the years go by. So to NightRaven who appeared to have the best logical solution. We have been testing against all types of craft up to and including the "Gripen" from 171 mk 203, Stock F-16, Super-flankers from many servers, F-14 tomcats from all over. To an avail our results concluded that SARF just wasn't ready to release when it did. From an engineering aspect the data just wasn't quite all there due to balance as other [SARF] members have tried pressing before. [SARF] mostly interceptor class craft (generally fast planes that go mach 1.5 or better) However they also lack in many other things like Missile Lock On range, Stealth, Acceleration, Breaking Speed, Rolling, Rotation Speed, Turning Speed on some, Stall points and many many other problems to craft I have come across in squad packs, GRUN has issues, 171 has issues but they seem to be mostly acceleration related. And then there are the few planes that have it all. F-16FX, and others... Yes some planes can be considered overpowered for all squads. Which is why we try to keep this heated discussion at a non-boiling point. The game was meant to be fun and not argued over as Doomsday is clearly adding to the flames. I have many years with YS-Flight since it's first release. I may not talk as much as the next guy but there is a point when something must be squashed like this thread. ( I only made a post to find out what their preferences would be to make the perfect plane ) The point was actually a bit of an experiment. So I will have to apologize to all of you. So I'm sorry for that. However it was not without sacrifice. Everyone loves their planes, some fast, some big, some slow, some so futuristic you just have to test it, some very old and you think it must be rusty and wonder if you should even touch it for fear of getting tetanus.

Many games have balancing issues and many do have that key that sets the balance in motion. We ask questions to find out what those are scientifically. Including testing an enemy plane in this case. Our biggest discovery was the actual speed of the sr71 and what it was actually capable of in IRL. For those of you who do not know. YS Flight was created by a college student at the time who had to go through the same process to put everything in the game. However his data is not as knowledgeable as it is today, so many planes you fly in the game actually go many times faster than what they feel. Now as for the SQUADS" preference Rambler and Swift hit the hammer on the nail when they both state that they go for a type" for instance in IRL there are 3 types of jets mainly (FIGHTER, MULTI-ROLE, INTERCEPTOR) and each of these is broken down even further, FIGHTER - lightweight, middle, heavy .. ect.. this list is the same for all three. Multi-Role is where it gets complicated and people feel like they are cheated or overwhelmed.

Multi-Role is:
1:
Some aircraft are called swing-role, to emphasize the ability of a quick role change, either at short notice, or even within the same mission. According to the Military Dictionary : "the ability to employ a multi-role aircraft for multiple purposes during the same mission."
2:
More roles can be added, such as aerial reconnaissance, forward air control, and electronic-warfare aircraft. Attack missions include the subtypes air interdiction, suppression of enemy air defense (SEAD), and close air support (CAS).
3:
Both of these two types are broken down into 3 weight classes.
F-16 Fighting Falcon , JAS 39 Gripen, Mirage 2000 ( most used in YS )

Midnight Rambler wrote: ↑
Sat Dec 31, 2016 7:27 am
I've always thought that having numerous... classes of squads could be fun. We've always had the 171/49/grun/nun type squads where everyone tries to keep combat similar even though some aircraft are clearly inappropriately matched.

People can join a squad in a class, and only squads in a particular class would fight each other (no class 1 vs class 5 for example). This would also open up the opportunity for traditional squad members to mix up rosters; for example I fly with 171 in Class 2, but my main squad mates in class 3 or class 1 may be pilots originally in NUN or 49th.

I'm only on my phone and thinking on the fly but what are peoples thoughts? It could really open up combat and make it more interesting to a greater range of people amd potentially have increased participation.

This concept is nice but needs some fleshing out, preferably interim classes, such as those for WW1, Early Cold War (F-14A), Near Futuristic (Concept such as those fielded by Swift and Xpand could fit here.), Early Space Flight.

I like this guy. I do appreciate you gents are a bit more flexible in this matter than your predecessors. I've promised m88 I would help you guys out in the past, now that I'm back online I'll get off my butt and actually do it.

One bit of advise though, you'll rustle less jimmies if you do most of your testing on your own server, and only try out the latest stuff on the major servers when it's really been balance tested.

by VNAF ONE
Honestly though, I don't care who has what and how it flies. Some of us want conventional modern dogfights that attempt to use real tactics. In fact, some old squadmembers of YS moved to other sims with techniques learned here. It's a simple way of doing things.

Others want YS to be like Ace Combat and do crazy rediculous stuff and have awesome airplanes that are far more advanced than what the world currently has to offer. This is totally fine too. The problem is when you try to pit them against one another. Obviously a 3 year old can figure out why that's a bad idea so just don't do it. Play online with each other, but don't take things to unfair or biased levels and everyone's fine. There's a reason WarThunder has tiers...

I mean, the main question of this topic is super simple.

by Vx_Lotus
Perhaps all of this is the true answer... I would propose a designated server of each type? Or a change to Ys main source code to implement classes by selection.

I actually think a class system would be wonderful, so long as the dats themselves can reflect that. It's been my experience in Mechwarrior Online that you have several types of mechs.
Light/Scout: These are very fast and have barely enough armor to survive hits from larger mechs. Flip side is with proper weight management they can carry very powerful weapons but at the expense of heatsinks.

Medium: These are the halfway point in the mech tree when it comes to speed and armor, you won't see them on the front lines but most favor rather well given a good pilot.

Heavy: I myself pilot one of these, they aren't the fastest, but you will see them packing powerful weapons and loads of missiles, they can take hits but they aren't fast or agile.

Assault: These you will most likely see forming a wall in the front with their daunting armor and long range weapons, always a weakness as they are super slow, not very agile, and the armor on their backs is pitiful.

by Vic Viper
I've played. It has its balance problems, but having mass and heat as a restriction helps. We've tossed this idea around a little before, and I think we should try it. We need classes of combat aircraft, and hard ceilings for each performance category (weight, thrust, payload, AOA, acceleration etc) Squadrons will have to work within the restrictions.

This is the same process video game devs go through when making multiplayer games, we'll just have to do Soji's work for him? (but you can't really blame him for giving us free reign on dats)

Of course, it'll still be a gentleman's agreement, nothing in the game can stop the rules from being broken, except maybe server owners really enforcing these rules on everyone, even their own squadron. This has worked in the past between the 171st and the 49th (recent history ppl)

I suggest we still leave room for innovation and wacky ideas. But such a system would solve our problems, for the most part.

When it comes to hard ceilings that would totally be of help. Having a set limit to what you can do in one field while having it negate or enhance other fields in a realistic manner would bring a lot of new dat setups. love to try it on a lot of the planes i've been working on too

by Flake
You guys write the rules up and I'll write the code to make it happen.

(The code already exists, it just needs tweaking...)
All times are UTC
Page 6 of 6