Abel Jets is pleased to announce... 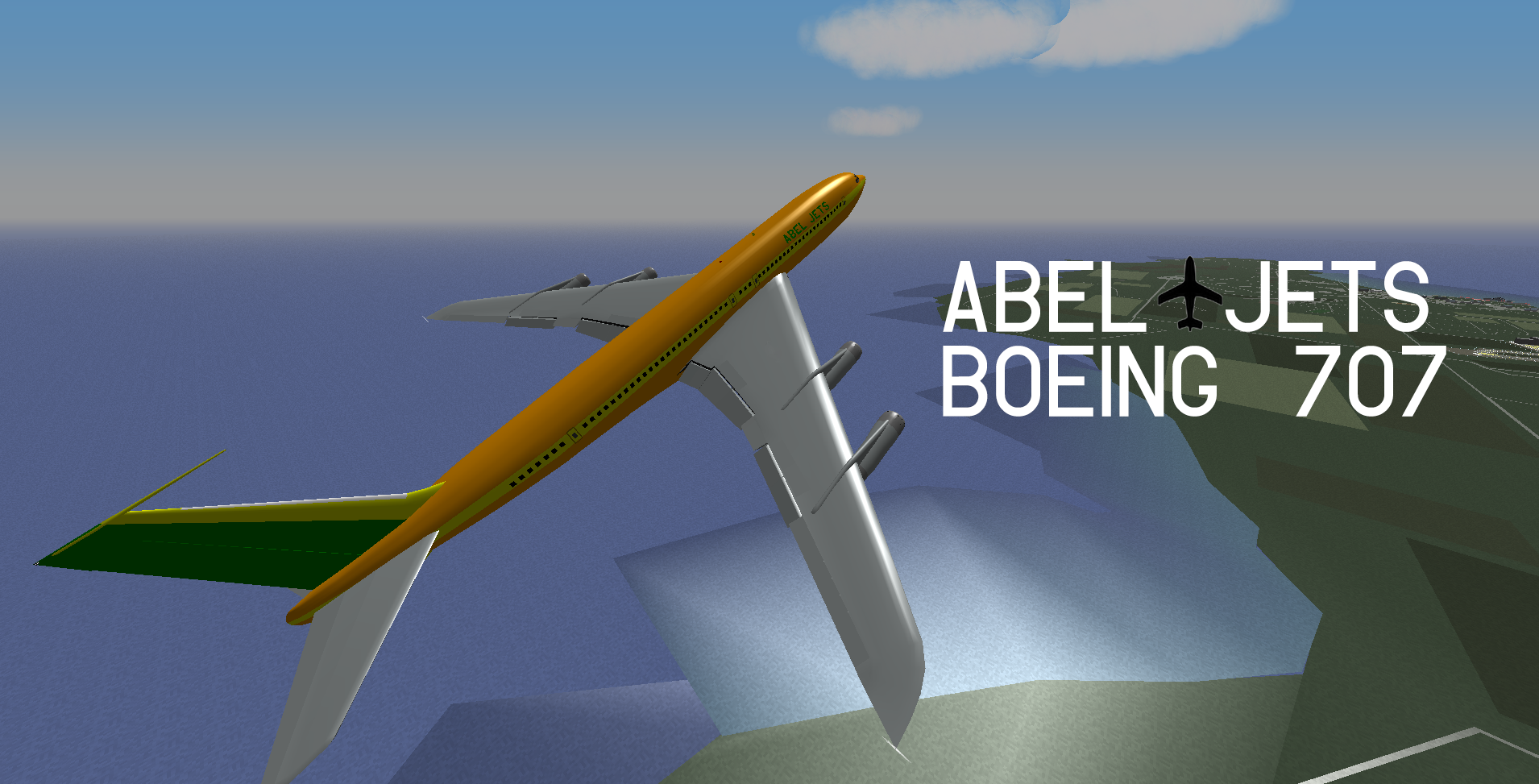 The 707. One of the most iconic aircraft of all time, and one of the most groundbreaking. The 707 allowed you to fly to locations never before seen and made the world much smaller. The efficiency and speed of the aircraft meant that it was favoured amoung airlines and became one of the best selling planes of all time.

Abel Jets retired its fleet of 707s in 1975, after almost 16 years with the airline. The majority were scrapped or sold on (as was the case with most other airlines such as Pan-Am) and the 707 became a rare aircraft to see flying.

However, one of Abel Jets' 707s was kept, in the Winnsworth Airport Air Museum. This aircraft's airframe was still stable and had many hours left of flying in it. After almost 3 years of testing, refurbishing and maintenance it is ready to fly and entertain crowds around the world. Abel Jets is also offering an opportunity to fly on this unique aircraft in a full 1960s style flight from limited locations.

Get ready to hear the iconic screech of the four Pratt and Whitney engines and see the 707 perform maneuvers you never would have though possible as we are coming to an air show near YOU!

Note: All locations and events are fictional