An Air Baltic 737-400 airborne from RWY 36 at MLA, with an Atlantic Airlines Cargo MD-11F heading back west after departure from RWY 04. As seen from the tower. 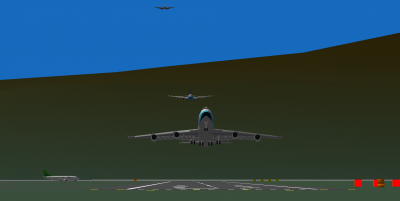 i downloaded this from the PMNV Hanger a short time ago. all i can say is WOW 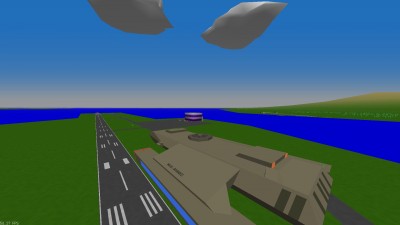 i found this in the ysp stuff.rar file i just downloaded (part of the VFA-49_pack5 addon). this is truely a thing of beauty. 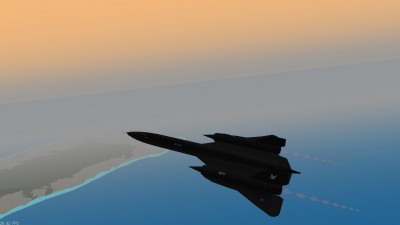 EDIT:
I will be flying this during the fly in (free fly) portion of the VNAF AirFest 2015.
Owner, Dragonic Machine Industries 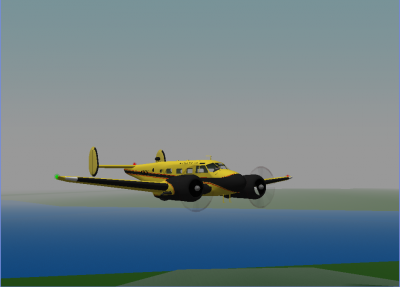 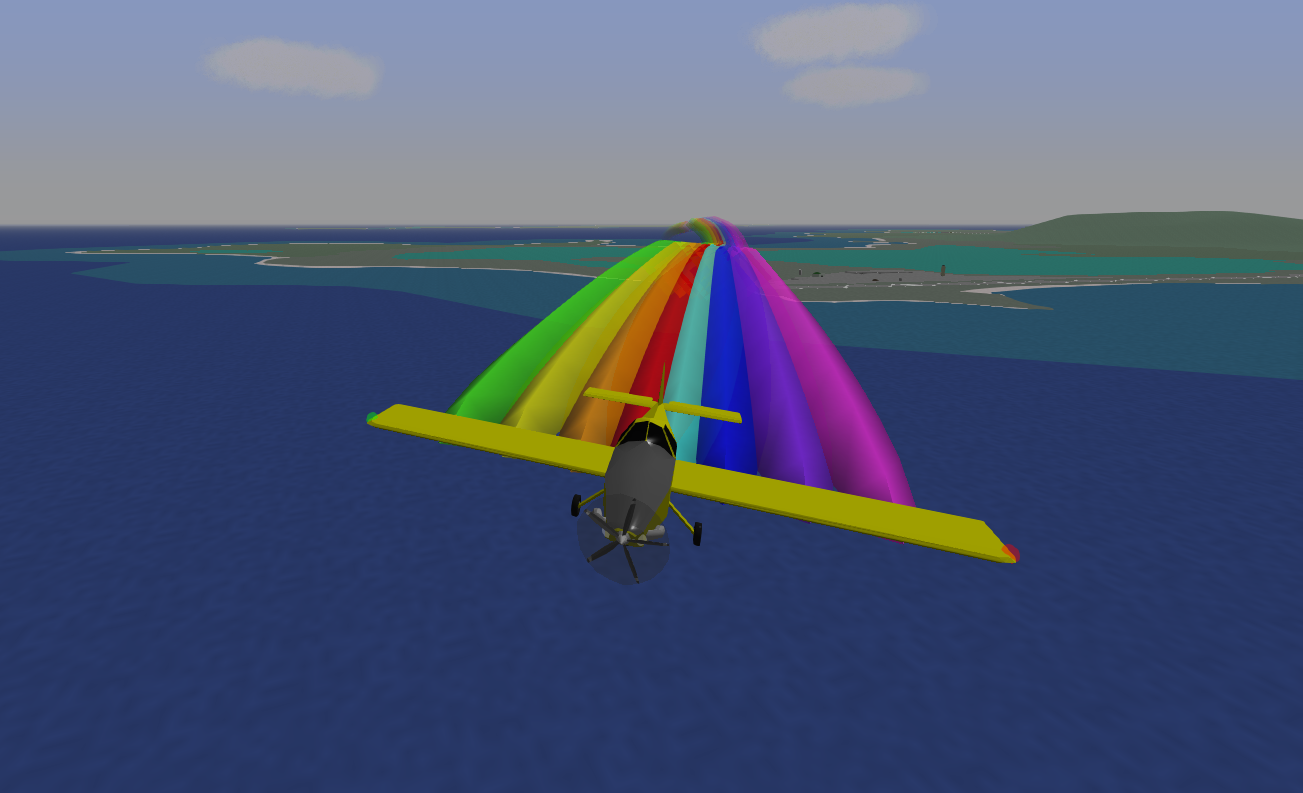 Had an idea with Patrick's Air Tractor.

The colours aren't in order because YS doesn't do that for some reason.

But it looks cool anyway

Painting the skies (blood) red with Flake-sama's Hornet and OCP's uber detailed Mirage 2000-10 demonstration plane. Took both of them out for a spin above the skies of Rockford. Seeing that the Mirage is a single engined fighter in contrast to the Hornet's twin engines, I made it the flight lead so that I wouldn't have to worry about falling behind. Also flew this with this music playing in the background.

[Warning: Image dump up ahead]
Taking off:

Breaking off after speeding to the end of the runway: 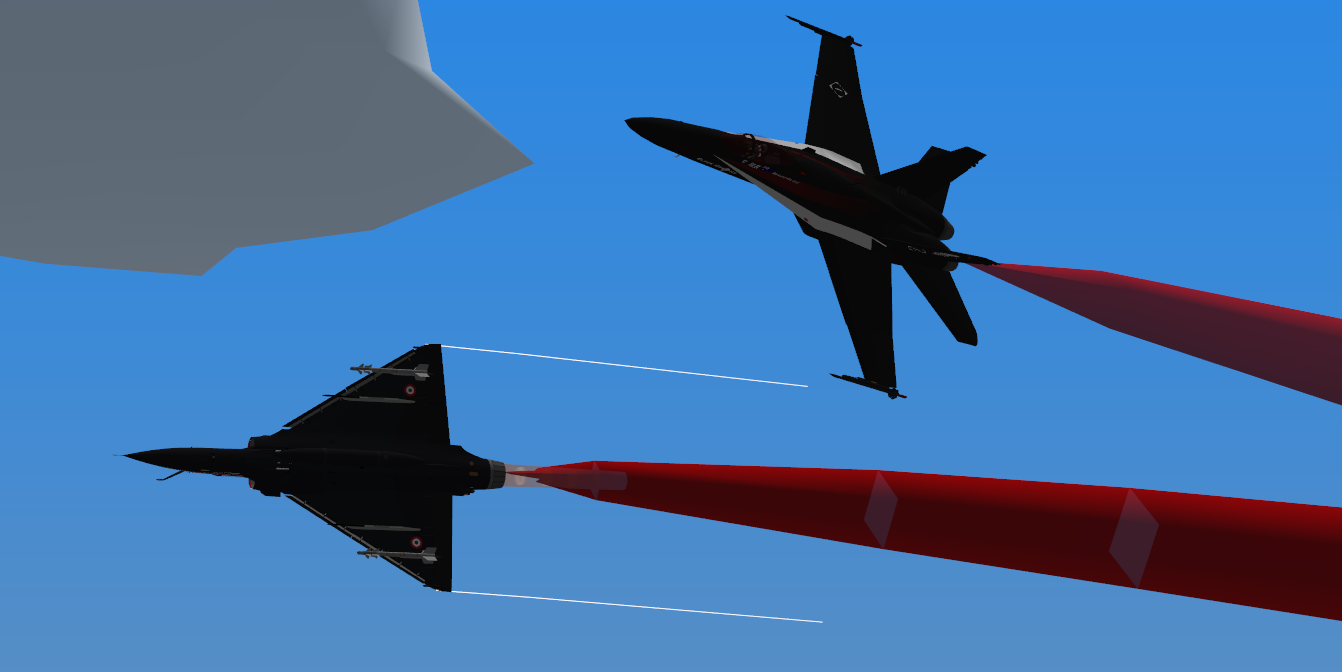 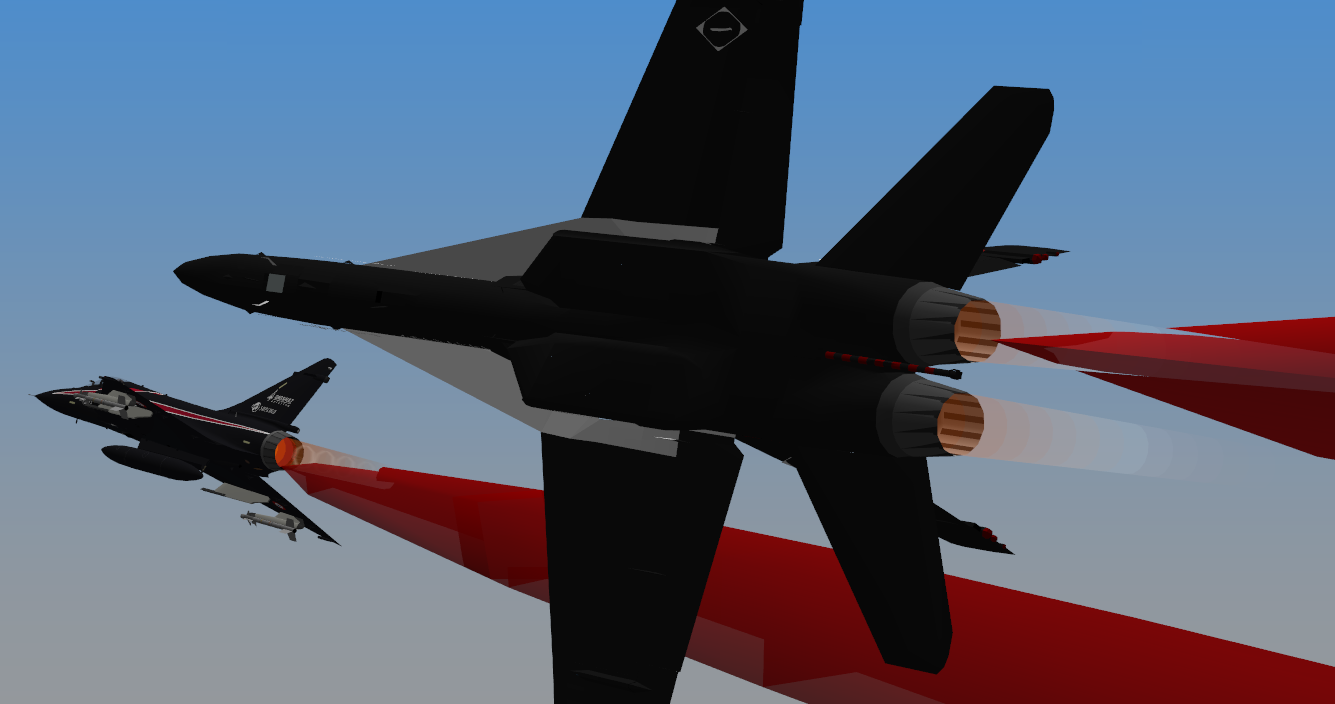 A high speed pass over the runway before doing a crossing break maneuver (the Hornet's lagging behind, I used the spoilers a bit too much): 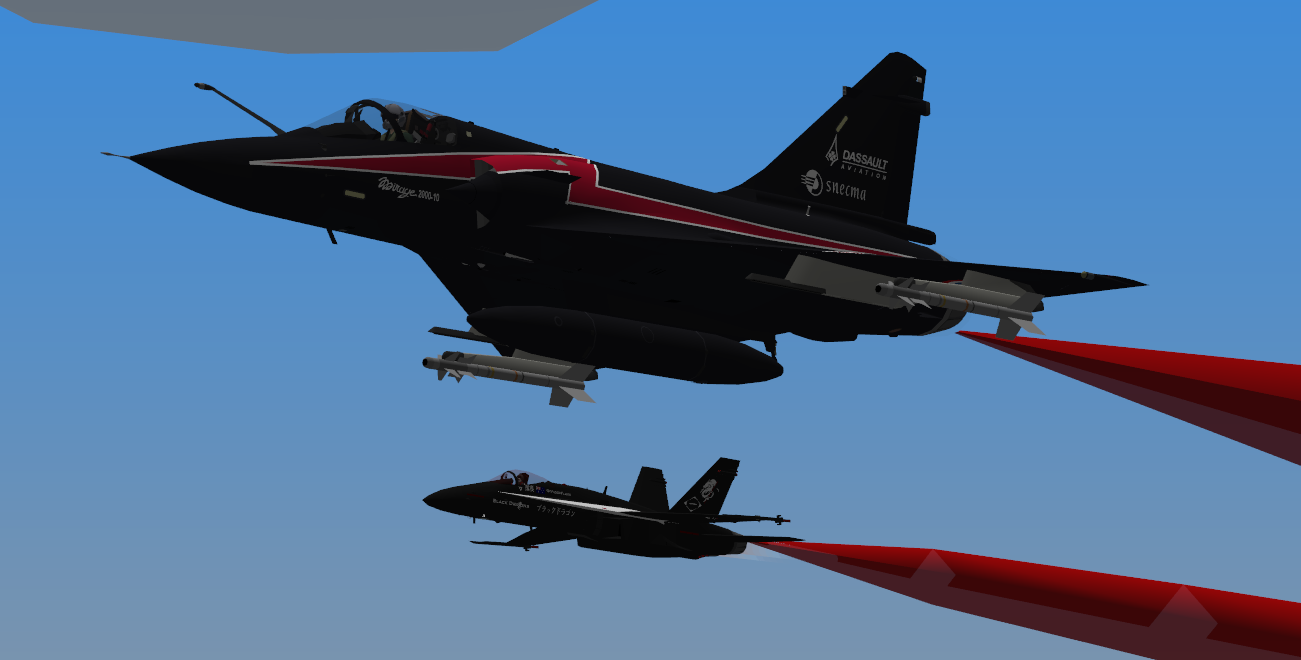 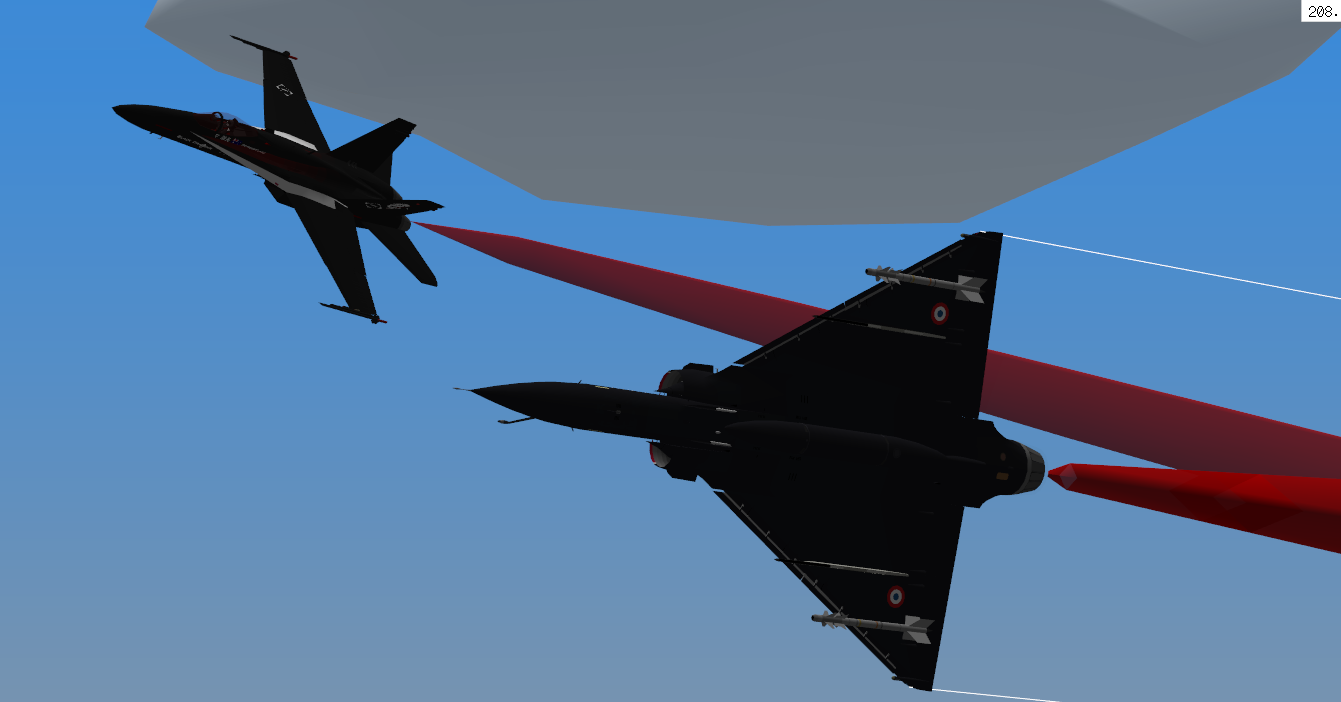 And buzzing around the airport a bit before finishing off the demo:

Considering it's been a month since I did this, I've really missed doing this in YS. It's already hard enough for me to attempt to do a 2-man formation by myself. It really make you think about the ammount of effort and practice that the people doing this in real life (and in YS) have put into creating this. But I can definitely sense the sort of "high" and satisfaction they get from it, though.

Bloody hell that song - I hear that at the gym all the time whenever I do Body Balance (Tai Chi, Yoga, Pilates fusion).
I am an accountant working full-time (and some). I'm not here as often as I would like to be. Send a message if you need me. There are a few people in the community who can get in contact with me urgently if you need - don't be afraid to ask. I just don't check here as frequently as I used to. Sorry!
Top

I blame this video. Now I shall forever associate the song with a beautifully shot and edited aircraft montage. Not that I'm complaining.

Tis basically a show reel of Eric Magnan, a director who has a specialty in taking beautiful aerial footage. Coupled with the aforementioned music in the background and it looks breathtakingly gorgeous. A majority of the shots you see in my "Strangers" vid is inspired by some of the scenes he'd previously done before in real life. Here's a Vimeo link.
Last edited by iqmal_97 on Fri Jul 24, 2015 6:31 am, edited 1 time in total.

Assuming the song in question was this, that's awful.

Patrick31337 wrote:Assuming the song in question was this, that's awful.

Not a big fan of the original song version either.

That video is beautiful though. How does he even get some of those shots?

According to IMDB's Sky Fighter's Trivia page: The flight sequences from the film were all filmed with actual planes and aerial photography, without the use of CGI. In order to capture the high-speed maneuvers, a specially-designed camera was attached to a Mirage 2000 aircraft which then tailed the 'star planes' as they flew, for only another Mirage 2000 could actually fly at speeds that matched the planes being filmed. The traditional film camera, which was specially constructed with lenses facing forward, backward, to the side, and downward, was installed inside an empty fuel pod and built by Dassault, the aircraft consortium which constructed the Mirage 2000. Using a digital HD camera had been considered early on, but because of its size, it was simply too large to be squeezed into the tank. Because of space requirements, the pod camera could only hold 4 minutes of film, which had to be specially shielded from the elements and sealed in an airtight compartment to prevent the pressure and temperature differences at altitude from damaging it. In addition, the camera could not be controlled by hand, as it was located within the tank, nor could it be controlled electronically by wire, as the tank had to be easily detachable from the plane so it could be swapped from one Mirage 2000 to another on refueling to prevent the daily shooting schedule from falling behind. Thus, a special radio control system was devised, so that the pilot of the Mirage 2000 could activate the camera at will. However, this too had many problems to work out, as the radio frequency could not interfere with the regular operations of the aircraft, nor could it possibly jam air-to-ground communications. Finally, however, a proper system was devised to allow the camera to be activated remotely. For tracking shots where using the Mirage 2000 camera was not practical, a Lear jet was flown in from Southern California in the United States, and used for about a week at great expense. Due to all these concerns and complications, director Gérard Pirès and his aerial-photography team had to carefully plan each shot with storyboards, something the director normally does not do. However, he said in a question and answer session after the film's screening on at the City of Lights - City of Angels Los Angeles Film Festival on April 7th, 2006 that the time limitations on the film actually did not hinder production, as they required thought and economy towards the shots being attempted, and also as the Mirage 2000 plane itself had to refuel every 45 minutes. The director took great pride in the fact that he was able to use this camera to capture the incredible look and feeling of flight, without resorting to using the computer to manipulate his images. TL;DR Poot HD camera onto jet. Let jet follow other jet.

At least, that's how he did it on the Sky Fighters movie

here some tornado picture i took from today 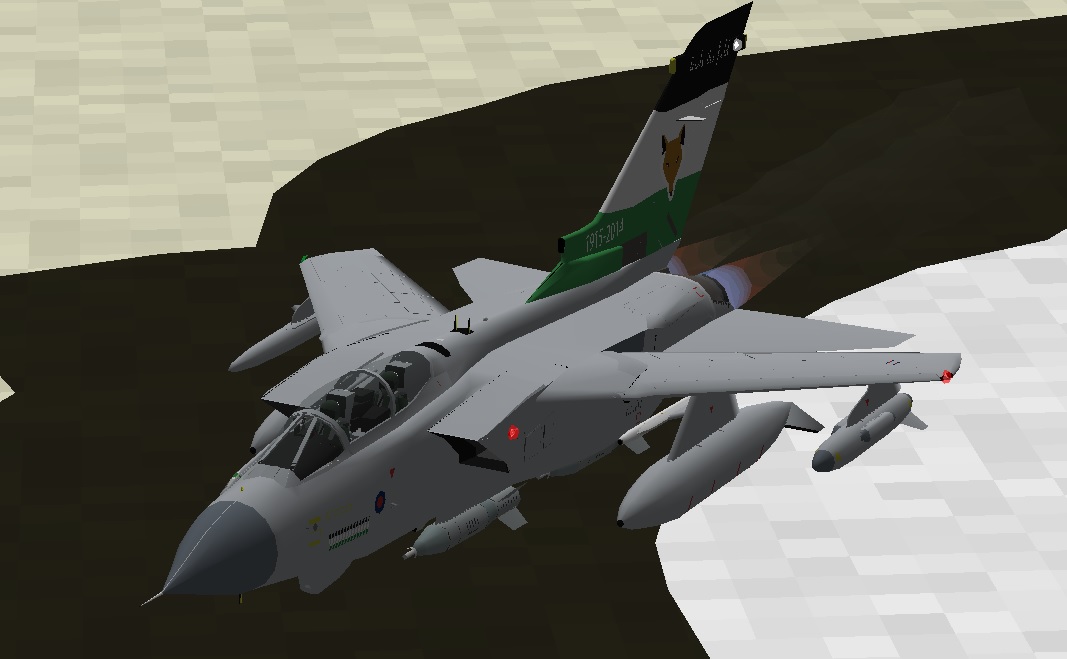 Fook'n. Wow.
I am an accountant working full-time (and some). I'm not here as often as I would like to be. Send a message if you need me. There are a few people in the community who can get in contact with me urgently if you need - don't be afraid to ask. I just don't check here as frequently as I used to. Sorry!
Top