The Saints are rolling in
by MD5Ray01
So, zak, Ace Lord, and I were in the new YSWorld of Tanks server on Saturday, and I had the idea of getting a screenshot of three of the tanks that were decked out in the coloration of the 3rd Street Saints from Saints Row. Because the name entry bar won't let me add in more than one name, I'll list them. zak is in the TOS-1 (the tank with the rocket pod in place of a turret Ace Lord is in the ZSU-23-4 Shilka (The tank with the 4 guns in the turret) MD5Ray01 (myself) is in the T-72 (the tank with the big gun)
Top 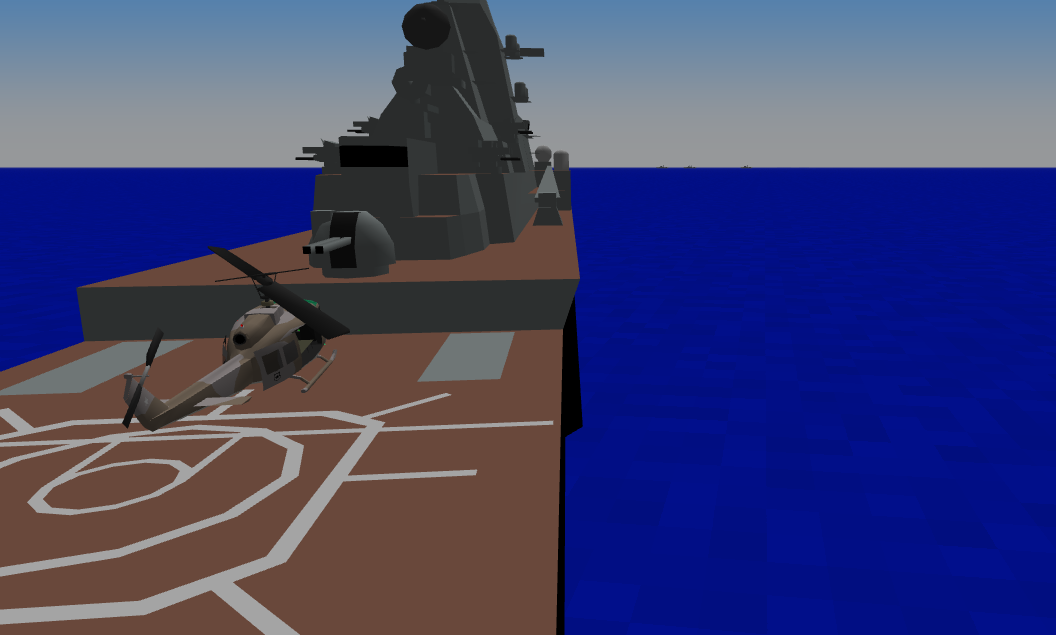 Supply Delivery
by Stingx-russianknight
Both the boat and heli are me flying on separate computers on 42south server. The screenshot was taken with my broken Toshiba laptop instead of the crappy netbook.
Top

BOAC flight
by Stingx-russianknight
Franco and I were flying BOAC 757s to MAUI (revised stop instead of LANAI) with john (Eurofighter Typhoon) on 42south server. Unfortunately john stalled upon landing and crashed. Franco also stalled but luckily made it. When we returned to HNL, john was waiting to engage on us. After he shot us while taxiing, we declared free fire on him. After the dogfight, we flew to the carrier and burke destroyer in jump jets.
Top 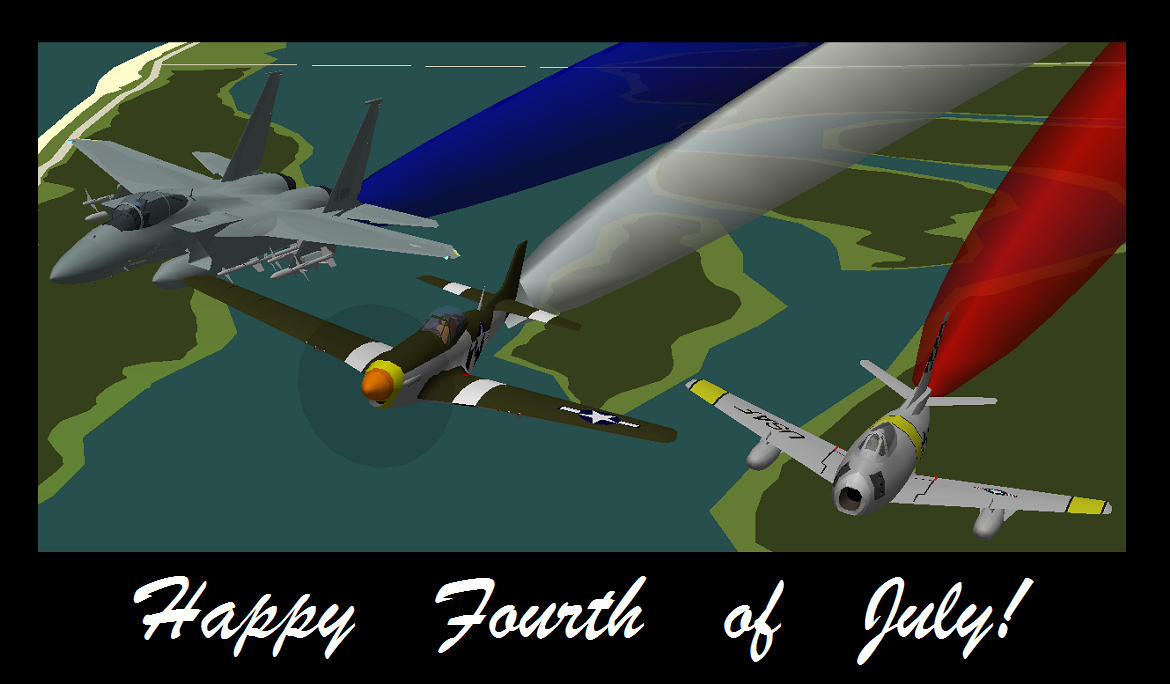 4th of July
by Copperhead
Top 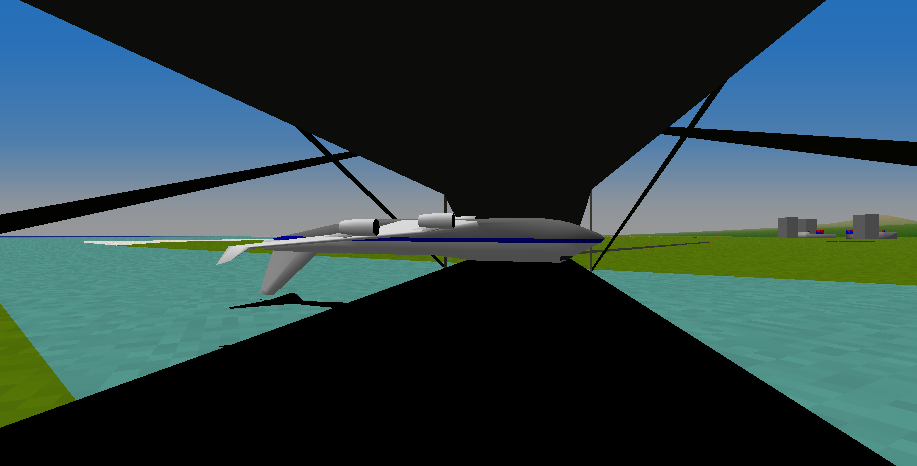 What I do in my free time...
by Stingx-russianknight
After many tries, I finally managed to flip a 747 and fly it under a bridge. xD
Top 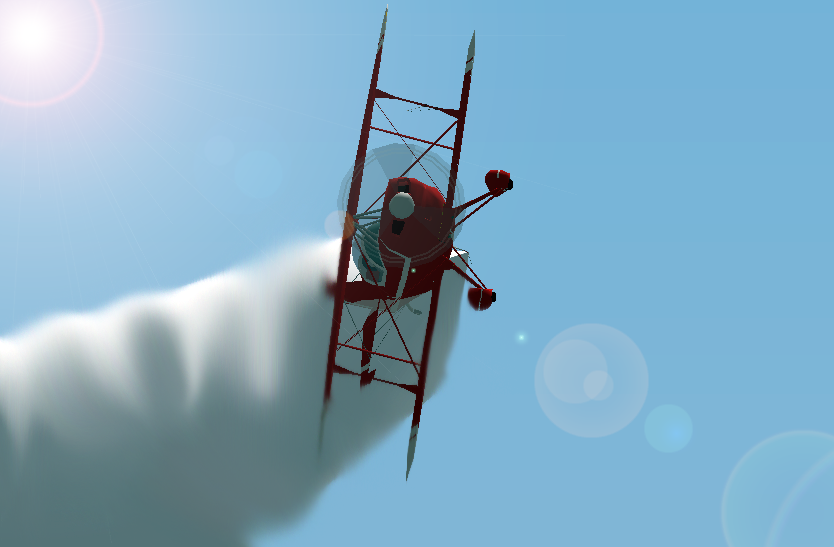 Edited pitts ...
by jetskit
just a picture from the newcastle airshow i decided to edit. ( for those intrested I used photoshop)
Top 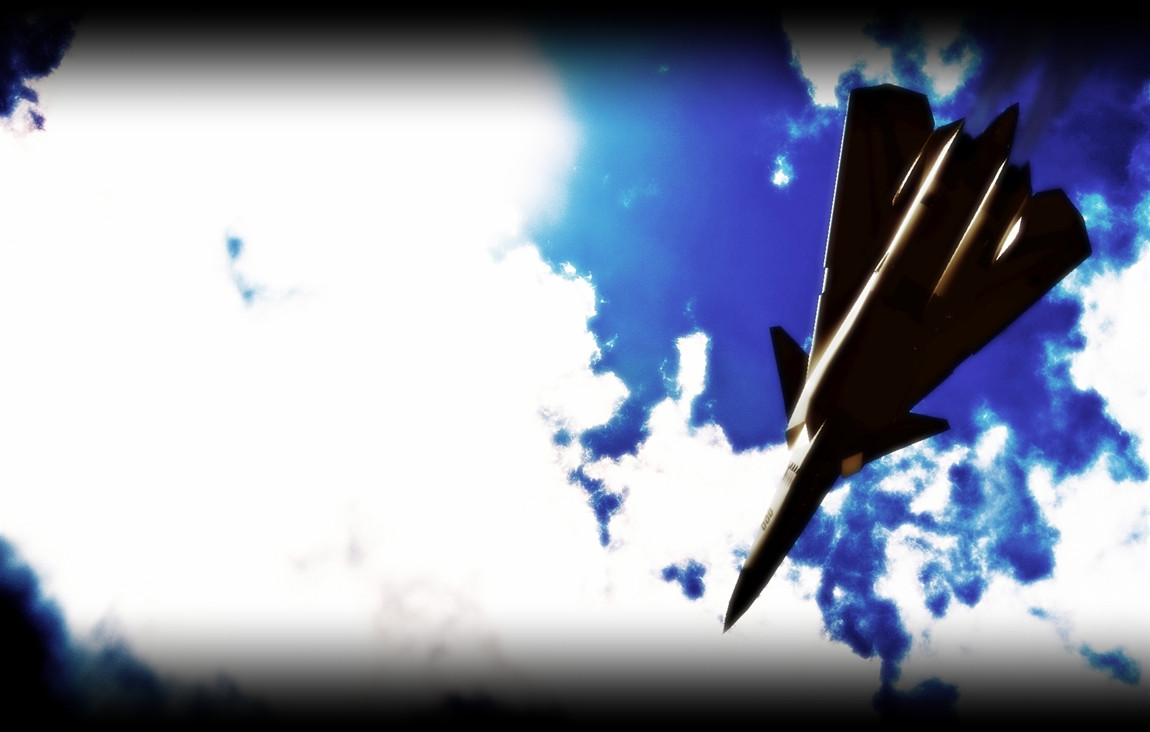 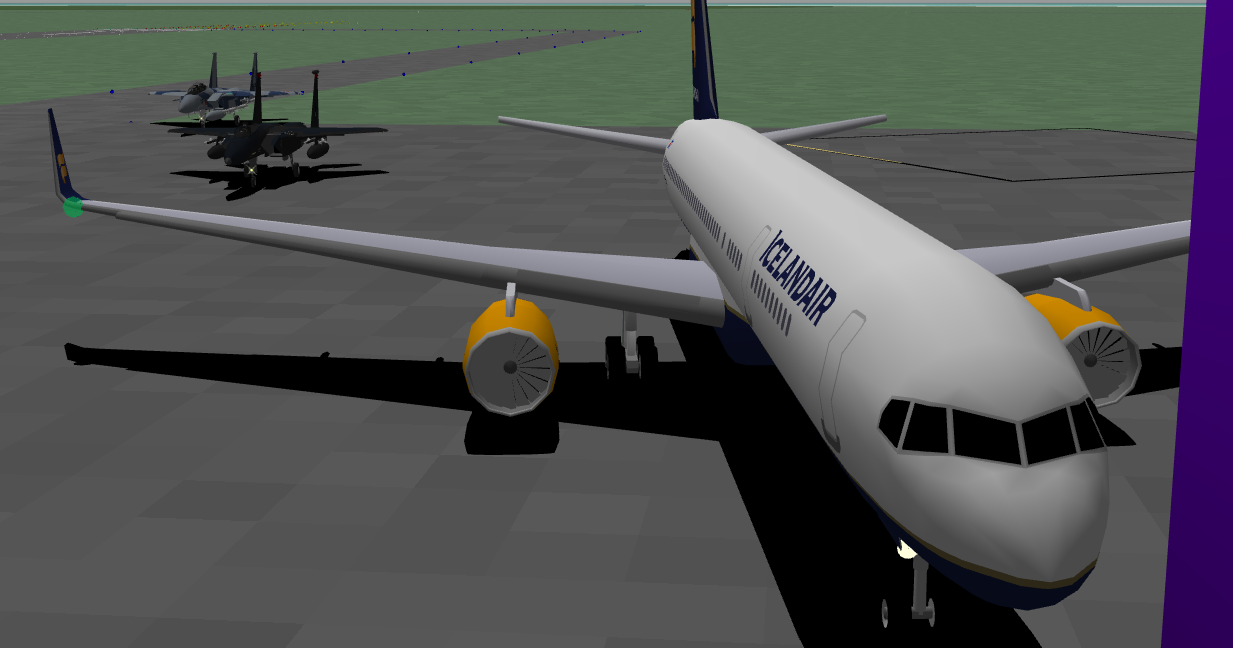 Group Pic
by Stingx-russianknight
The black F-15 is Franco, the blue camo F-15J is me, and the Iceland Air 757 is Sandeep.
Top 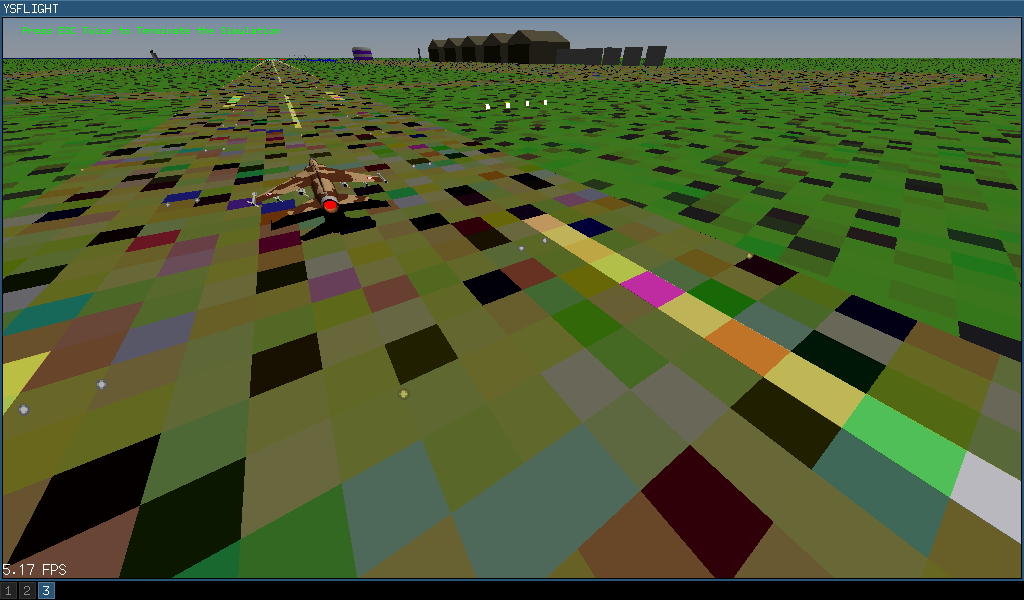 I broke YSF
by Stingx-russianknight
I wanted to try a different ground texture plate, and this happened.
Top

Heavy arrivals at Mandiola Int'l
by Turbofan
At first glance this looks a bit too close but ATC did a nice job of keeping the Thomsonfly 744 at a good distance from the Kalitta inbound to RWY 18.
Top 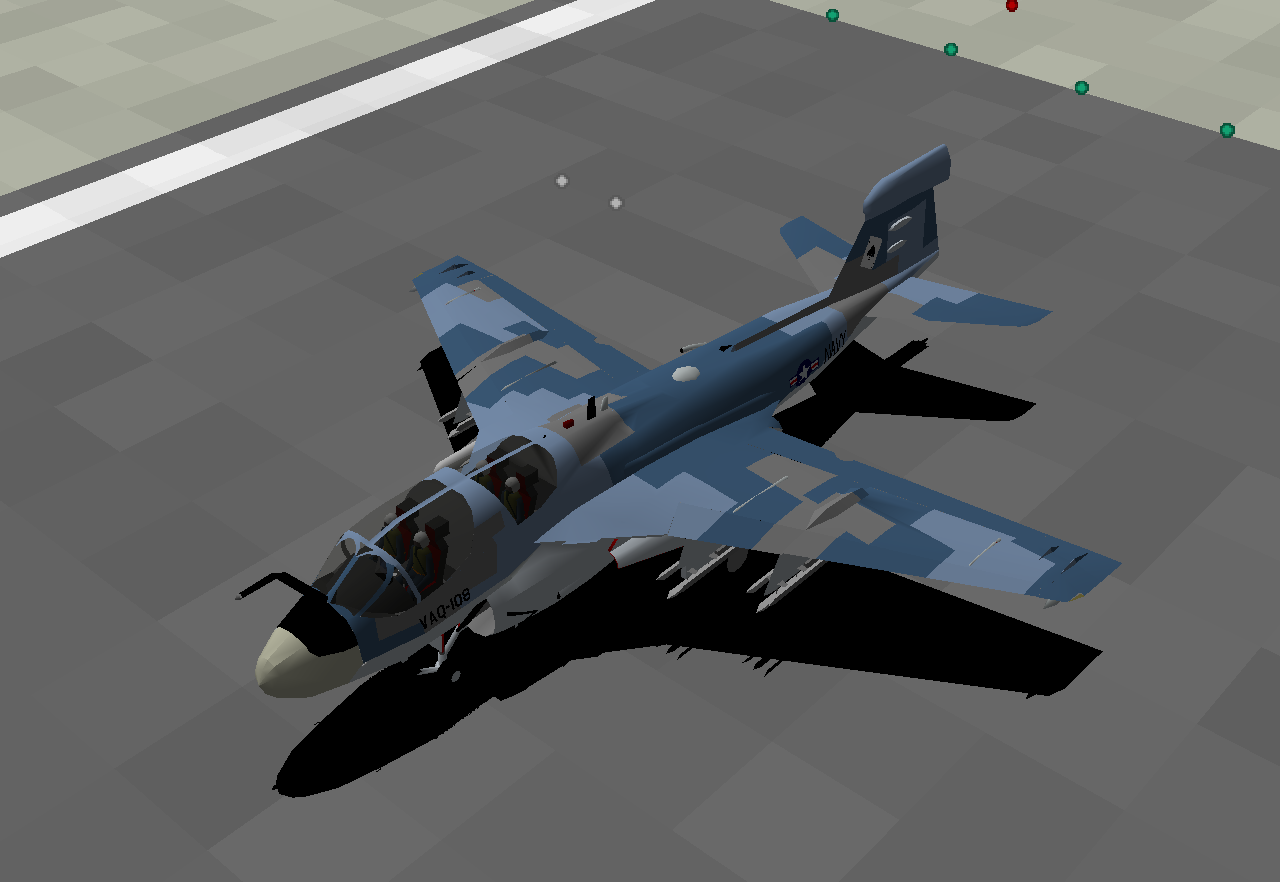