Learn to make aircraft, maps and more with all of the tools. All the tutorials you will ever need are located here!
NOTE THAT HACKING THE MAIN YSFLIGHT .EXE IS FORBIDDEN
Post Reply
5 posts • Page 1 of 1

NOTE: This topic created in a hope to collect information about specific of DAT variables needed to design gliders for YSFlight flight simulator.

If You has any experience in the making of glider-specific DAT-file for YSFlight - add comment with useful information in current topic!

Currently YSFlight has no any stock gliders, but there are few created by users: 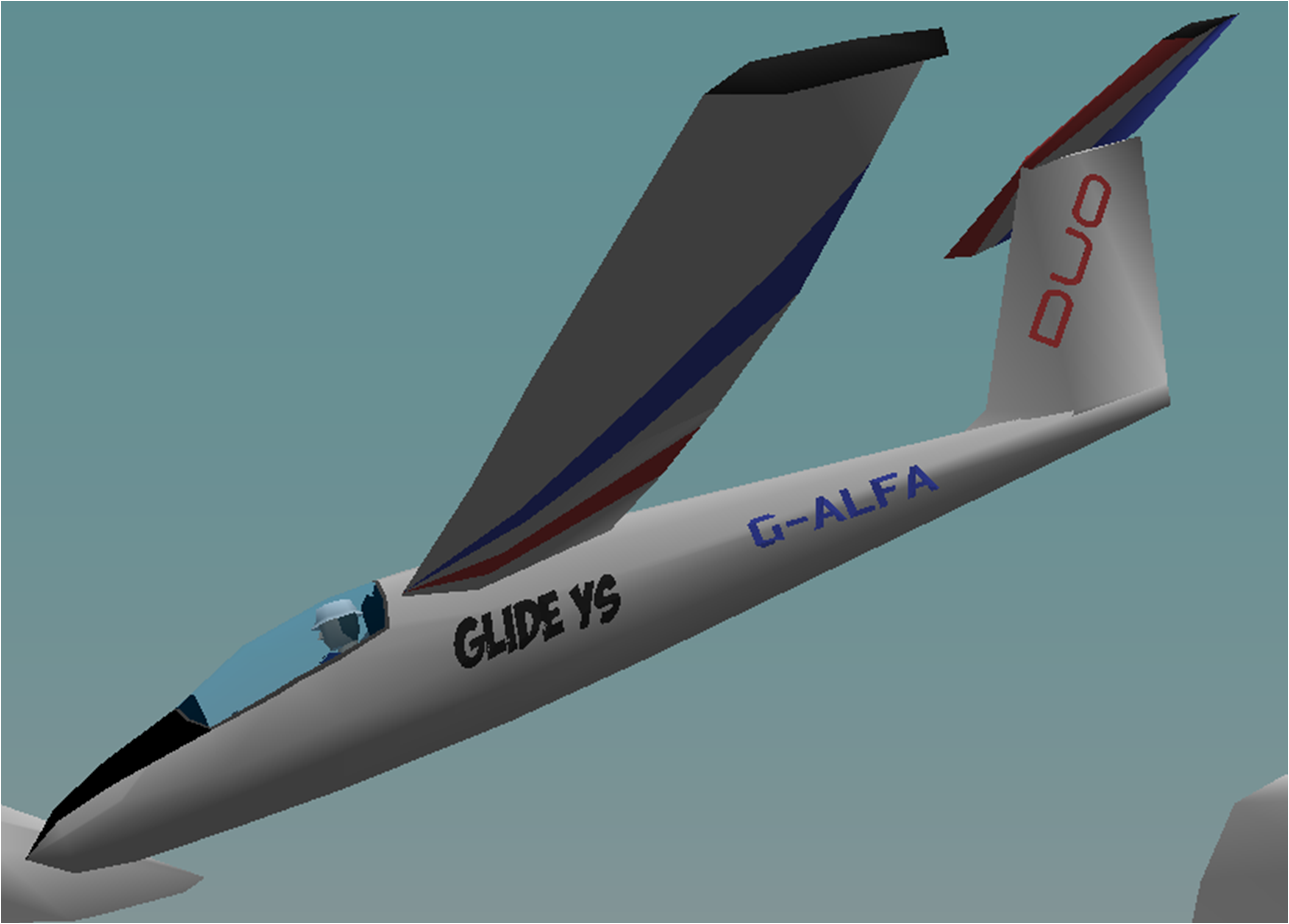 Good good shame that alpha swift is gone, he's a big glider fan and even fly's one in real life

Well I can't help with the .DAT stuff. But I like flying the Ask 21, as it's one of the few aircraft I can land myself.

Slowly working up a display with one. No idea if I'll be good enough to do displays with it, when I've got it done.
Fliped out of the arena, again!

It seems like you have all the basic resources available. By looking through the dat files of these aircraft you have pointed out, you can determine what makes them different from a stock aircraft dat file.

I would imagine you would see a lack of thrust/fuel values (perhaps just zeros) but the actual flight performance variables (CPITSTAB, CPITMANE, and others in that same area of the default dat file) should be something to tweak to get glider-ilke performance. It will take trial and error on your part to figure this out, but it will be a good learning experience.

It will just take a bit of work on your part to understand the dat file (The DAT Variable topic would be a great place to get information about specific variables) and then apply it to your glider.
Check out my website YSDecaff for all my tutorials and addon releases.
Visit my GitHub page for Python codes: https://github.com/decaff42?tab=repositories

A possible source of an example for how to get started would be the ASK-21 in 2ch GAC. From there you could see how to adjust wing area and the variables decaff mentioned.