by Fishie
Hi guys, bit of a different request to the usual would it be possible to create a feature that allows player aircraft to dump fuel? I know that decaff did a fuel burn test testing things like how weight impacts the performance of the aircraft and so i was wondering if fuel could be dropped on the fly ( Unfortunately this means you can't do it with afterburning aircraft.

Alternatively, you could just load fuel pods as hidden and dump those when you want to lose fuel.

We players can't add any features, animations, physics to YSFlight as it's not open source and doesn't accept plugins (aside from the sound dll), so we have to play around with what is already present.

by Fishie
cool thanks, ill play around with that

by u2fly
Did you sew the fire effect on "HOT-AIR_BALLOON"? (presented in "Kzs M" PACK or any pack from YS Airshow) 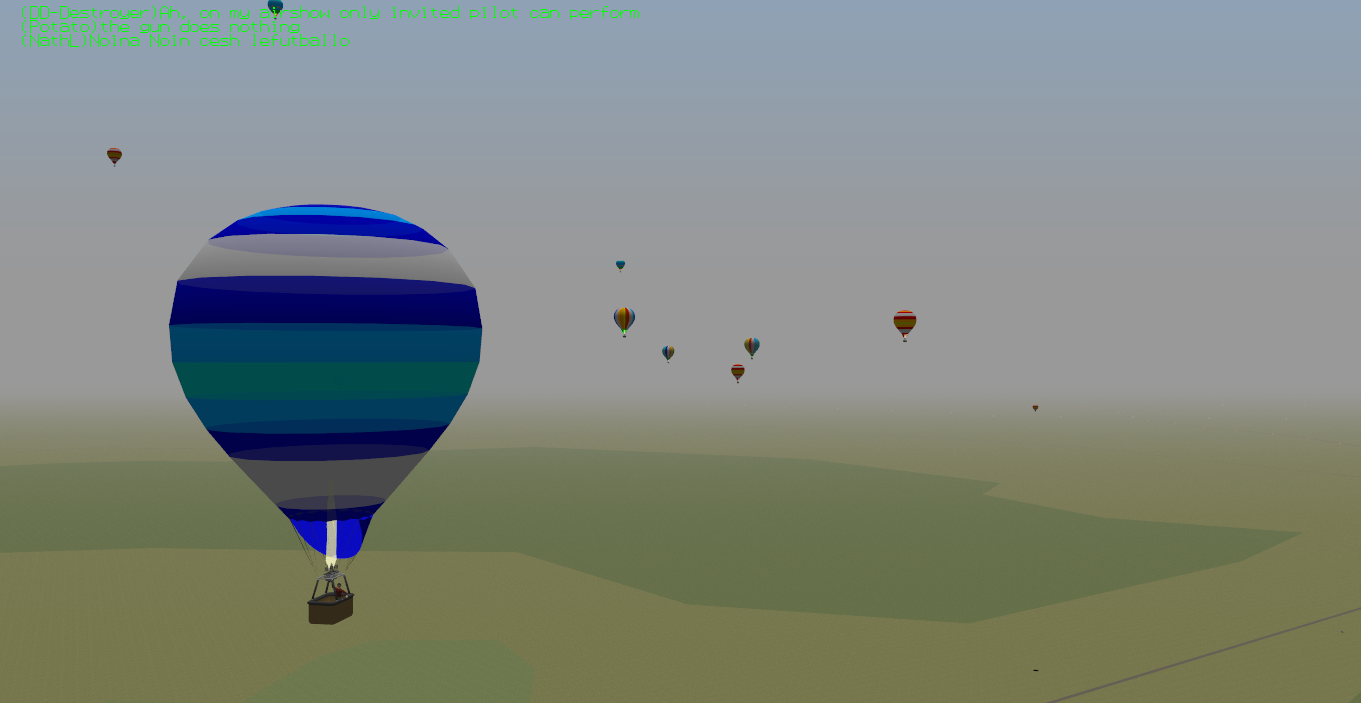 Other thing is make it using "Thrust reverse" (CLA 11)?
Also you can simulate fire using SRF (with CLA 1, 10 or 11), that are child of afterburner SRF, so animation for it will work only if both, afteburner + bomb bay door, switched ON. In this situation you will can enable or disabald fire during active afteburner animation.

by Flake
Slaving relationships together is how I get the F/X-18C to have wings that flex at speed.

by ysmajor
Which planes other than the F111 do this actually?
Had the pleasure to witness one at the Goldcoast Indycar race ages ago. The heat was impressive!

by Flake
I got to see a demo of how they found it in the first place... Dumping fuel on landing approach and then aborted landing - full burners and fuel all over the place - big fireball.

Dump and Burn is something unique to the F-111 I think.

ysmajor wrote:Which planes other than the F111 do this actually

I don't think any other aircraft do the burn part but it is a common feature to be able to dump fuel, mostly used on large commercial aircraft

by Gunny
Due to environmental concerns many new commercial aircraft no longer have the option of dumping fuel into the atmosphere and have to circle to burn off fuel in emergency's.I know it sounds counter intuitive but such is the world we live in today.But most military A/C do have that option but as Flake said the F-111 as far as I know has been the only A/C that has been able to leverage the real dump and burn show stopper.vary few GA A/C have that option to dump fuel and those being exclusivly jets.

by decaff_42
I think the main reason for the effect was the positioning of the dump port. Most other aircraft have it in the wings, but the F-111 had it in the tail near the afterburners...
All times are UTC
Page 1 of 1