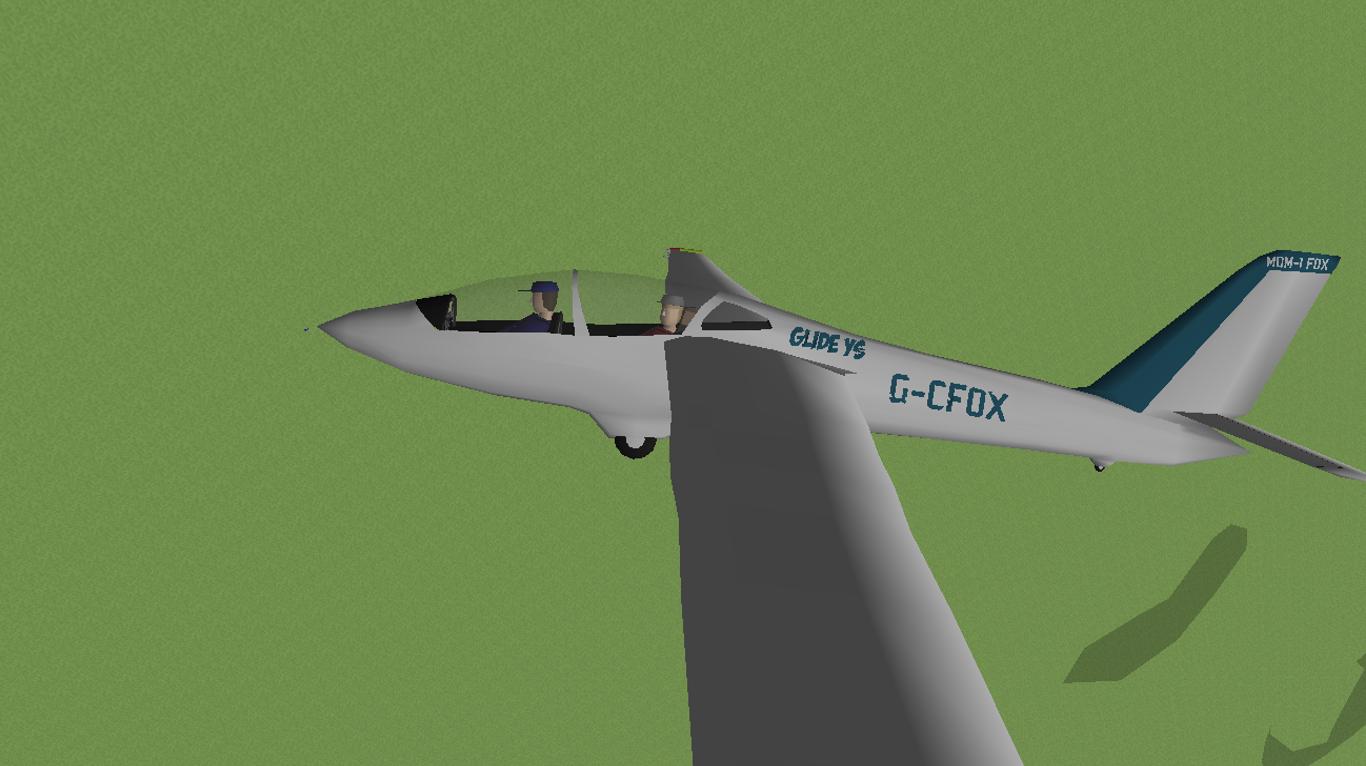 The aerobatic glider called the Fox now in YSFlight. Another edition to the GlideYS fleet of gliders!

by Owl
First: I'm very glad when someone dares to release new scratchbuild model, quality notwithstanding though quality is really not an issue with this model.
Second: I'm even more glad when someone makes a glider. If it weren't for autogyros, they would be the most underrepresented class of aircraft in YS.
Third: this is the glider I really wanted to see flying in YS. Swift too. Thanks a bunch for creating them.
Fourth: you have some serious modding skills there Alpha Star. This babe looks very nice and flies well. The way you got rid of wingtip vortices goes into wısh-İ-thought-of-that-before.

However, there is still room for some improvement. As Fox is fixed U/C glider, methinks that...

...would be in order. Also collision file might be replaced with smaller, less laggy one like this:
All times are UTC
Page 1 of 1