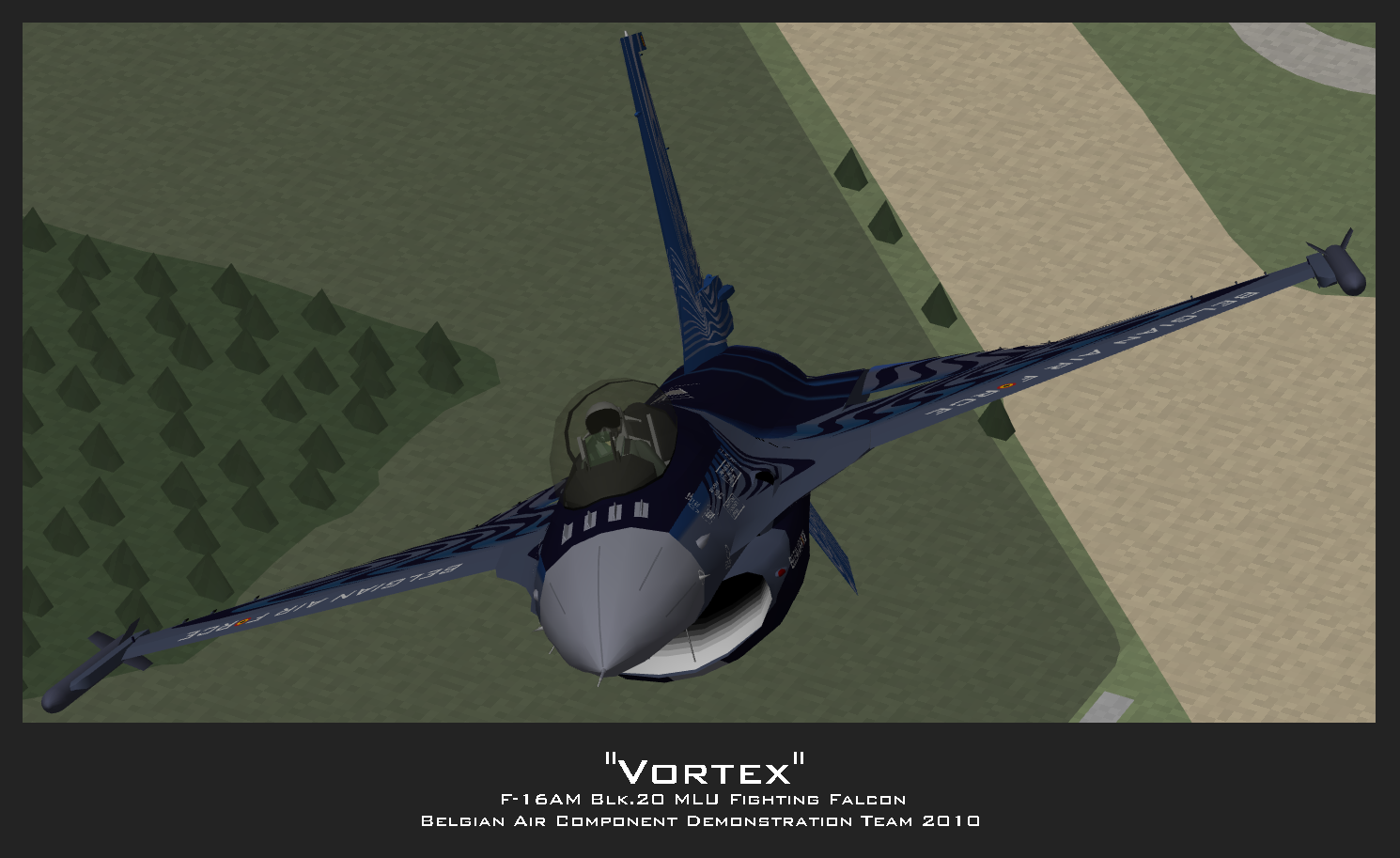 It's finally here after half a year in development! This is the Belgian Air Force's demonstration team unit in it's special 2010 paint scheme. Unit designation FA-110, this certainly has one of the craziest paints to exist on a Falcon. Since then, two other paint schemes have been used but the squadron remains on the F-16AM platform for it's operations.
CREDITS
Base model - Grenium/GRESP
Warning labels - D.O.E.
Smokewinders - Owl

Installation is standard; copy and paste downloaded files into their perspective folders inside Program Files/YSFLIGHT.COM/YSFLIGHT. Enjoy! 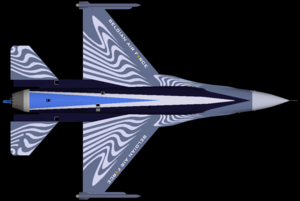 Oh man, that's a pretty paint decal. Will take out for a spin.
Top

Wow, somebody did it. Didn't see it at a show, but did see it fly over. Downloaded.
Fliped out of the arena, again!

http://www.furaffinity.net/full/24150297/ Taken from a YT video, of aircraft landing for the RIAT. Similar scheme still in use.

Speaking of which, I like the names that they give their special paints. That's the one they call "Blizzard"