Happy Birthday mate, have a good one!

its too boring let me make something that shows a thousand words.
-Hawkstar
Last edited by Hawkstar on Tue Aug 23, 2011 6:51 pm, edited 1 time in total. Have a nice B-day Sven, you deserve it.

Can someone bring him the B-day cake, please?

For he's a jolly good fellow!

And so say all of us!
Top

Happy birthday SvenPhantom
hope you enjoy the next chapter of your life
"I wouldn't want God as my copilot because he'd be too good." "That mans swerving." "Where?" "Three minutes from now!" "Ahhh!" - Brad stine 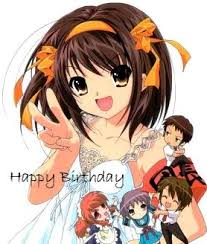 From your friends and great leader in the SOS Brigade! Hope you liked it

Happy 17th birthday SvenPhantom! A year from today and you will be legally allowed to drink alcohol in Mexico!

Airbourne wrote:Happy 17th birthday SvenPhantom! A year from today and you will be legally allowed to drink alcohol in Mexico!

I'm going to spend my first Drink in the Bahamas. I'll have some rum.

WELCOME TO THE CARIBBEAN!!!