Happy birthday Seraphim! hope it's a good one


Look what i found. 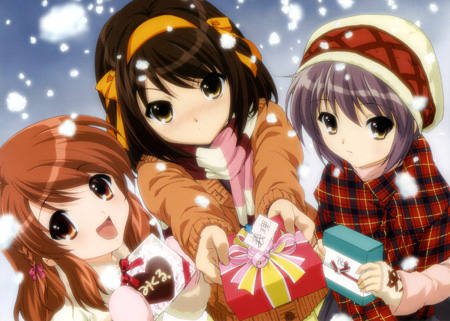 A bit of tweaks, deciphering and a bit of recycling from Sven's. Happy Birthday Sera!
I like coffee and mexican food, but not at the same time.
Top

Hey Sera, hope you have a smashing birthday!


||||||
|◘◘◘◘|
|◘◘◘◘|
I don't know who you are. I don't know what you want. If you are looking for my signature, I can tell you I don't have one. But what I do have are a very particular lack of skills, skills I have imagined having over a very long career. Skills that make me are completely useless in any situation. If you stop reading now, that'll be the end of it. I will not look for you, I will not pursue you. But if you don't stop reading, I will look for you, I will probably not find you, and I will kill your refrigerator.
Top

Happy Birthday Sera, hope you are having a good one

Happy birthday!
CO of the 57th Cloud Rippers
"We rip those clouds apart so you can see the sun!"
Now 100% more decomissioned!
Top

I have nothing to give as a gift Sera except a fervent wish that you live a long and happy,productive life.

Thanks guys! I've had a really awesome birthday-quite probably one of the most epic ever

Iceman is fantastic company and having tourists ask to take pictures with me in my fancy Victorian dress was just too cool. The past two days have been amazing

It's cool. We had an awesome time. Bomb and Ice wore top hats and I wore a long Victorian dress and we went to an Asian Art Gallery and then to the Air and Space Museum and rode simulators and bought swag and such. The night before we went to the Spy Museum and we did this fake spy mission which was totally hilarious and needed a lot more 171st and a lot less random n00b to make it even more epic. A fake ninja kicked Bombcat and then told everyone else to do so as well. Also I got attacked by nerf guns and carried about-because no one is safe with Ice and Bomb under the same roof.

Yesterday a friend made me cupcakes and today is a holiday so I get to run girly errands and relax at home---and hopefully get some much needed Tim time.

Yeah. You had a good birthday.
You have an error in your SQL syntax; check the manual that corresponds to your MySQL server version for the right syntax to use near '' at line 1
Homie I'll SQL YOUR syntax
Top
Post Reply
20 posts • Page 1 of 1