Is it just me... or is that hunter freaking awesome.

oh hell yes.
Check out my website YSDecaff for all my tutorials and addon releases.
Visit by Bitbucket page for Python codes: https://bitbucket.org/decaff42/

There are about 2 years ago, I looked out the window of my house and saw almost every day in the afternoon, the Boeing 747-300 taking off towards Angola. At that time in January, TAAG announced the withdrawal of its fleet of jumbos for entry of T7.
Perhaps the last time to see a Boeing 747-300 flying. Now I see Boeing 777-200ER taking off towards Angola

Hey, at least it's still Jumbo's you're seeing, albeit a different variant.

http://militarynuts.com/index.php?showtopic=3055&st=75
I was browsing through a Singaporean Military forum when I stumbled upon a couple of photos of a Su-30MKM carrying a buddy store with Hornets and Hawks in formation. Never knew the Su-30 even has one in the first place. A little Googling confirmed it.

iqmal_97 wrote:Hey, at least it's still Jumbo's you're seeing, albeit a different variant.

http://militarynuts.com/index.php?showtopic=3055&st=75
I was browsing through a Singaporean Military forum when I stumbled upon a couple of photos of a Su-30MKM carrying a buddy store with Hornets and Hawks in formation. Never knew the Su-30 even has one in the first place.
http://www.thebaseleg.com/photos/1042907460_JKNZQ-O.jpg
http://www.thebaseleg.com/photos/1042907939_h4ySe-O.jpg


Damn that formation looks awesome , good job to the RMAF!!! wished there was more than one Su-30MKMs in that pic though.

So I was browsing through a defence magazine website when I found some pics of the TNI-AUs recent "Angkasa Yudha 2013" exercise that took place in Batam (near Singapore).

Here's a video as well , but most of the footage is just explosions though :
I like coffee and mexican food, but not at the same time.
Top

On topic with Flankers, take a look at these pics showing a wind tunnel model of the Su-27 ejecting CFTs (Conformal Fuel Tanks) mounted on the main "spine". 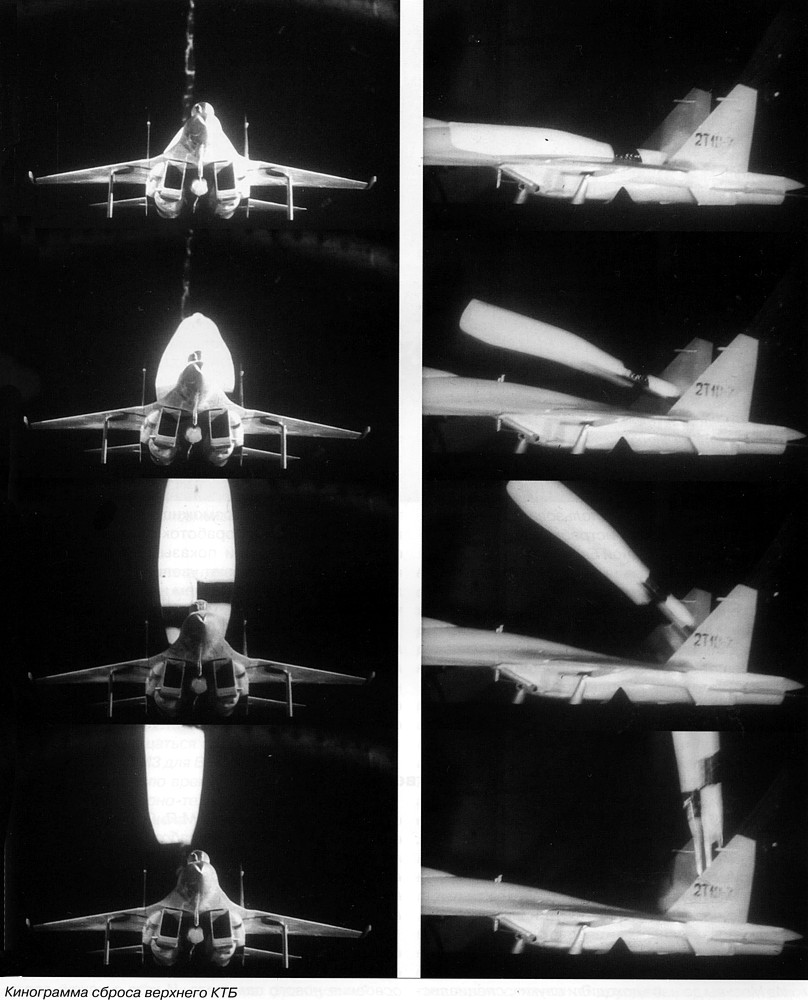 Because of that, I suspect it uses the "rudders as airbrake" system like we see on the Su-35S, instead of the more common F-15 like spoiler we get on most Sukhoi jets today.

Just imagine if the Flanker retained this feature, along with external jetissonable fuel tanks equipped. Damn,the range it'd have.

[offtopic]Thought I'd perform some necromancy today.
This topic is now zombies...
Braaaiinnnssss...[/offtopic]

Well, reviving this topic because c'mon, were basically aviation enthusiasts, are we not?

The 2013 Monsoon Season here in Malaysia is the worst monsoon in 30 years. About all the states in Malaysia has noticed the ridiculous amounts of rain pouring down, forcing citizens in major cities like in Johor, Pahang, Terengganu, and a few others to evacuate their homes because of flooding. Water had reached a depth of 7 meters in some areas.

In response to this, the TUDM used their new Super Cougars to distribute supplies to evacuation centres around the country. Nuri's (modified SeaKings) were also used to help the locals.

BEST HELICOPTER FLYING EVER!!!!!!!!!!!!!!
YSFHQ Elected Overlord
Overlord of VMFA-125 (CVW-171)
Previously Supreme Overlord of 323rd CAW
Friendly Neighbourhood Miscreant
Head Honcho at Talking Aero and British Defence
If you see me post like this in a thread pay attention!

Oh hell ya welshy! That boy had all his stuff in an orderly manner in one well packed bag.

A large scale F14 Tomcat. Pretty neat, even has the swing wings and afterburner lights.

Or how about an RC aircraft carrier that can actually launch planes?

Now, I would so want to see that landing system in action...
Hi! I make average, undesirable, boring grey maps for YS Flight!

I want that F-14 to launch on the Rc Carrier. Only then my life will be complete!
I can dream, can I?

And I think I just found out why we haven't officially created the YSFAA yet..

How to properly do a crosswind landing (on a wet runway to boot!):

Fly crosswind correction till just before touchdown, dip the upwind wing, apply rudder to correct for runway alignment, then full reverse to counter minimal braking and avoid hydroplaning. All in a matter of seconds

A selection of photos taken by me from Bicester Gliding Competition 2012. Taking on a JVC Everio camcorder. 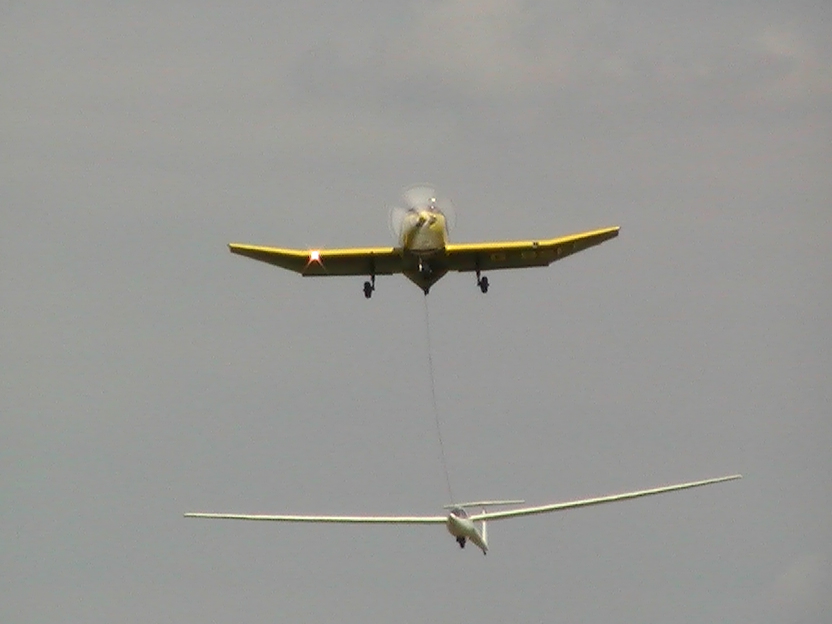 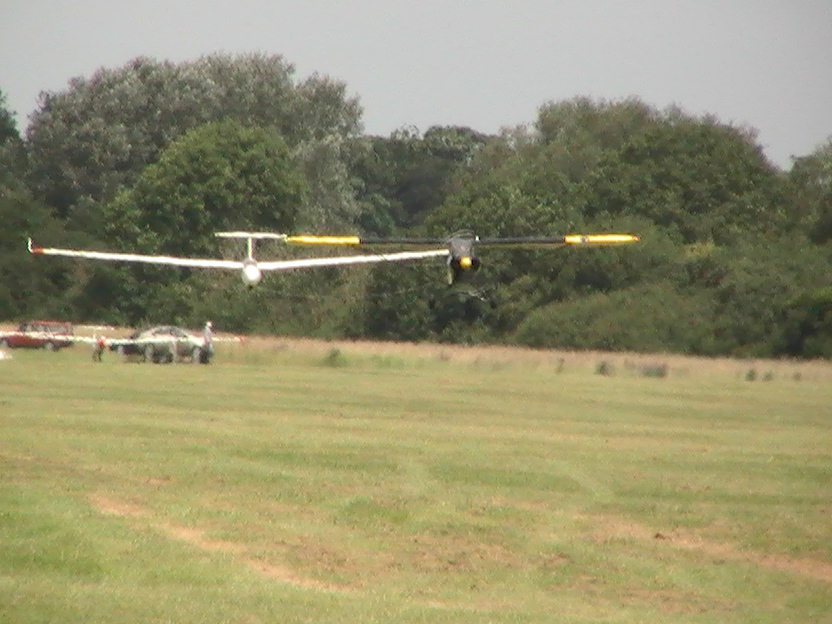 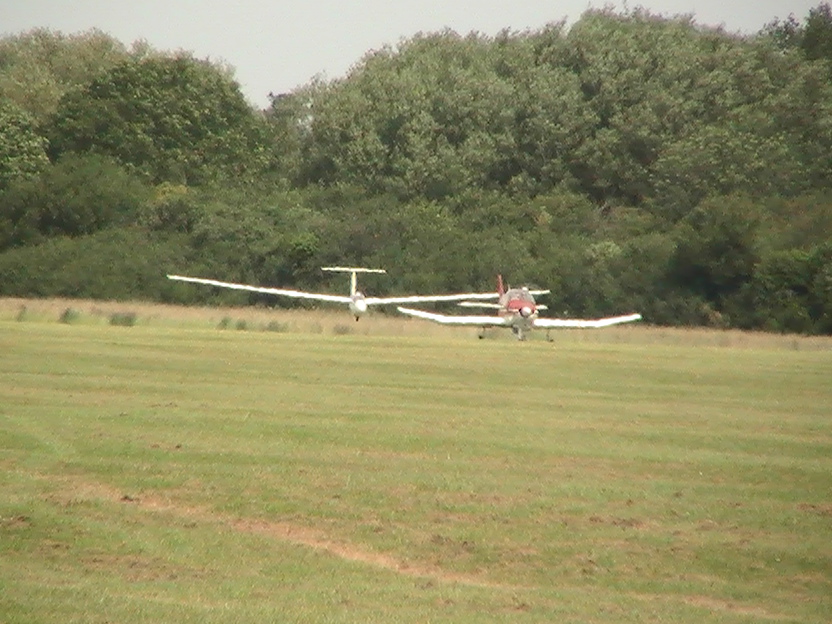 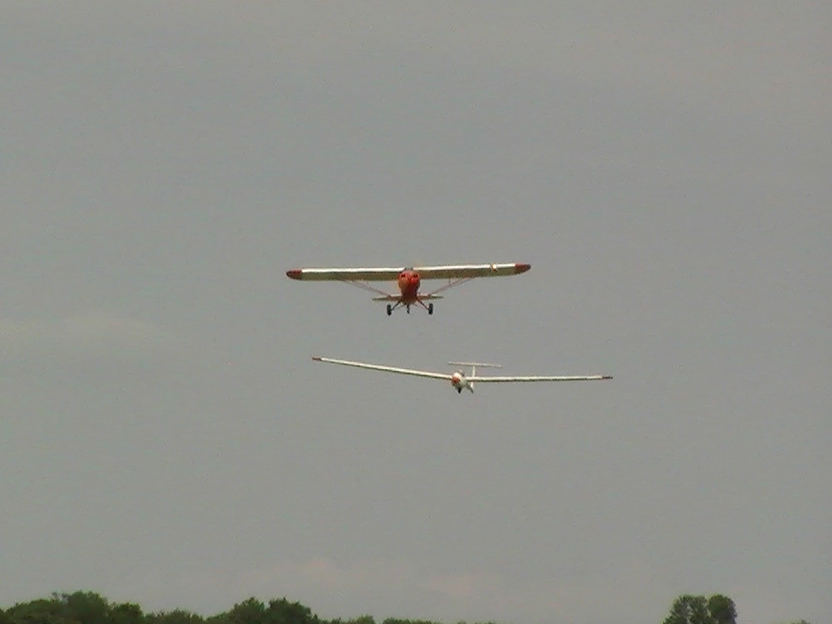 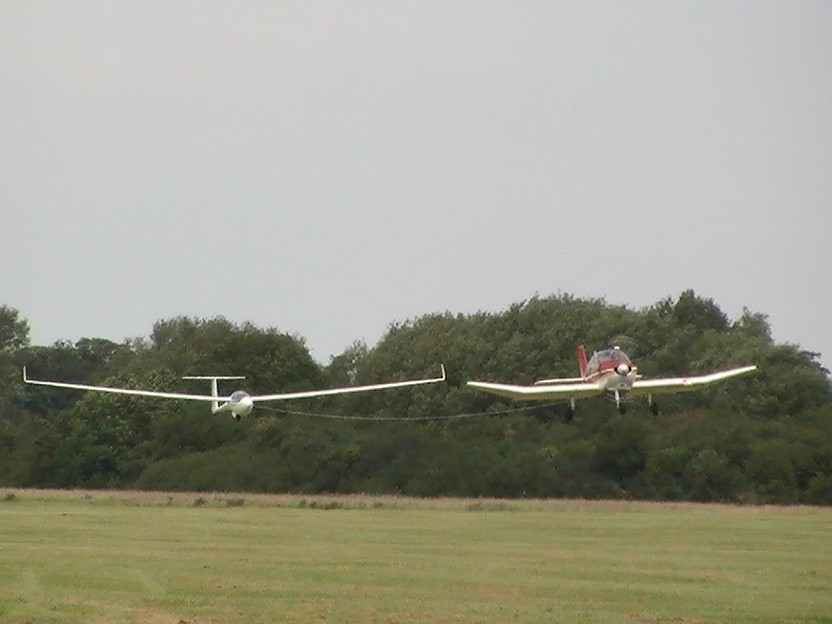 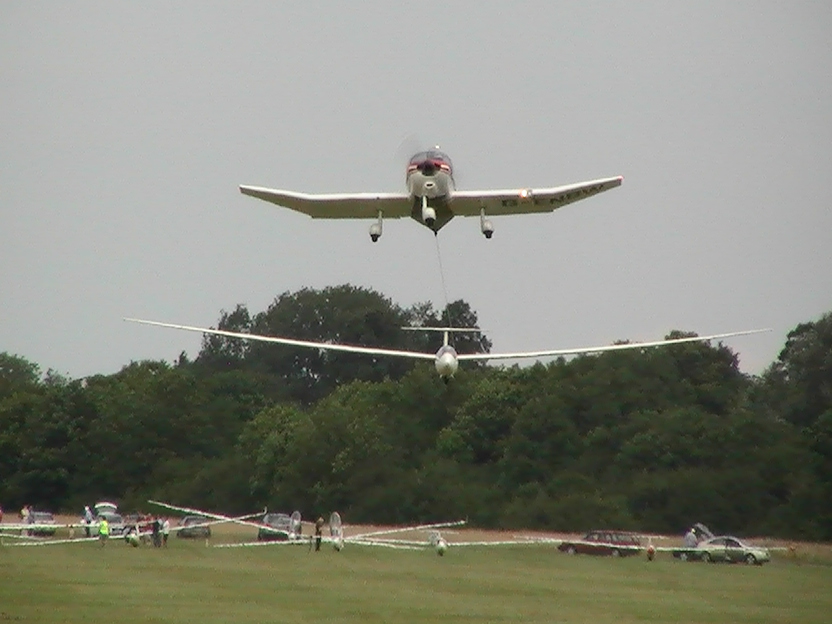 Last one is the best I think.
I don't know who you are. I don't know what you want. If you are looking for my signature, I can tell you I don't have one. But what I do have are a very particular lack of skills, skills I have imagined having over a very long career. Skills that make me are completely useless in any situation. If you stop reading now, that'll be the end of it. I will not look for you, I will not pursue you. But if you don't stop reading, I will look for you, I will probably not find you, and I will kill your refrigerator.
Top

Taken from outside my house.

I just recently finished a 3 day school program where I spent 3 days in Halim AFB with the Indonesian Air Force.
I learned a lot of cool stuff during my 3 day stay and I had the rare opportunity to ride on a C-130 Hercules. I also got the chance to get close and take pictures of some of the planes that were currently in Halim AFB.

(I already asked permission to upload and share these photos on the Internet , since Halim AFB is actually a closed off area and its rare that pictures were allowed.)

Some of the photos I took. (Sorry for shitty quality , I took these pictures with my iPhone since I wasn't allowed to bring a camera with me.)

Me and the T-50 : (This is what I actually look like in real life for those who are wondering.)

Before embarking on the C-130 (We did a quick boarding with the engines running.)
[previmg]https://i.imgur.com/ddS9Pm0.jpg[/previmg]

Have a shave Gennaro! You're not old enough to grow a moe yet.

Taking-of-the-piss aside, I really like your photos. Good shots lad.
I am an accountant working full-time (and some). I'm not here as often as I would like to be. Send a message if you need me. There are a few people in the community who can get in contact with me urgently if you need - don't be afraid to ask. I just don't check here as frequently as I used to. Sorry!
Top

OfficerFlake wrote:Have a shave Gennaro! You're not old enough to grow a moe yet.

Taking-of-the-piss aside, I really like your photos. Good shots lad.

I kinda want to shave it , but my dad says I should just wait for some reason.

The final 747 departure at Osaka Itami International Airport. A Boeing 747-400D (Domestic); the 400D was built specifically for JAL and ANA, and had a high-density seating capacity of upto 660 passengers in a single-class configuration:

Proof Russia's heli tech is more advanced than it's US counterpart...

[N007HA]Nynaiqmal_97 <= My usual online callsign
Mein Imgur gallery. Feel free to use any of my screenshots (Crediting me is optional, but greatly appreciated)
Top
Post Reply
769 posts