Well folks, wishing you a Happy and Prosperous New Year, and with that here's the official local weather thread for 2019!

And of course, in the Southern Plains, an interesting start to the weather. 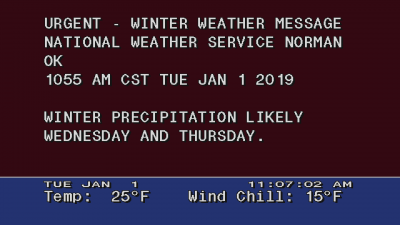 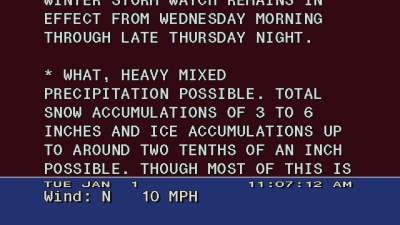 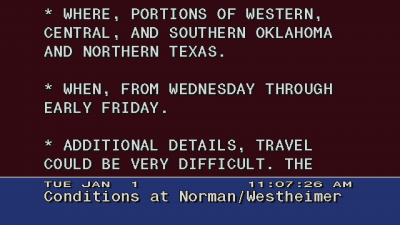 Today's weather at my place in a nutshell: Temperature: 6 degree centigrade and a lot of strong wind!
The A380 is ahead of its time. With the resilient passenger traffic growth for times to come (reference from Airbus's Global Market Forecast), plus congested airports, the A380 could not be ignored.

So we got pretty much everything here. Precip began as rain last night, then transitioned to freezing rain and sleet of which we got about 0.3 inches. Precip continued as sleet/freezing rain mixing in with snow during the day, then became all snow this evening. South side of the metro has anywhere from .2 to .4 inches of ice, and 1-3 inches of snow on top. However, further up north in the main part of the metro, snow has been occurring a lot longer and a band of moderate to heavy snow is still falling, totals will probably exceed 5 inches. Some parts of the metro have already had over 6 inches of snow. 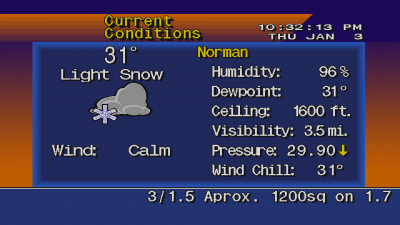 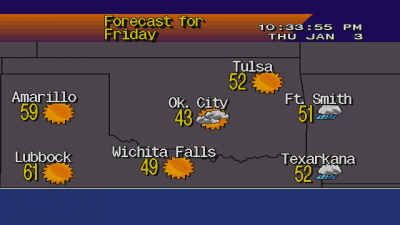 School starts back on Monday, and it would be wonderful if we could get a ton of snow on Sunday night, but it's going to be much too warm for that. 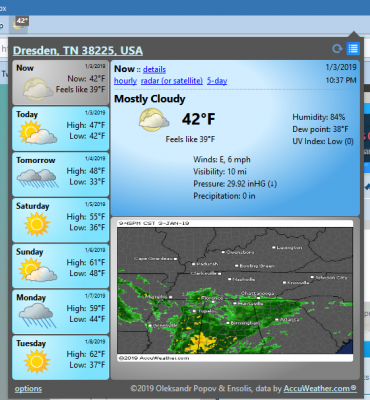 It's 40C local and the Air Conditioners are set to 18C, but are delivering 30C best case scenario.

Call 911 now.
I am an accountant working full-time (and some). I'm not here as often as I would like to be. Send a message if you need me. There are a few people in the community who can get in contact with me urgently if you need - don't be afraid to ask. I just don't check here as frequently as I used to. Sorry!
Top

A relatively active pattern continues here, more rain coming tomorrow. Can't complain though, things can easily go from surplus moisture to drought in this part of the world. Temps are at or slightly above average. 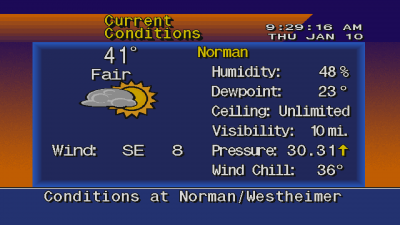 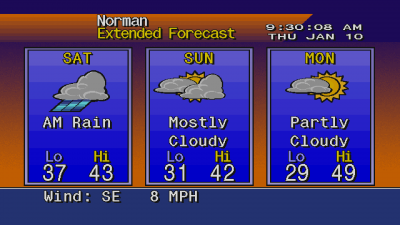 We've got snow in the forecast, but sadly it's for Saturday and not Sunday, which is when we want the snow, so Monday can be a snow day. 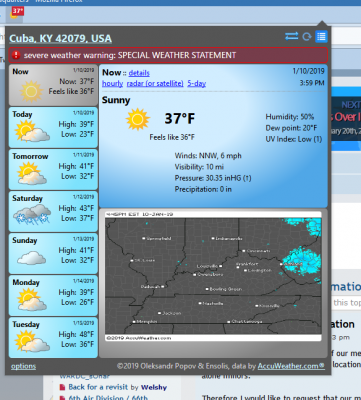 Weather is more or less typical of January around here. Had a high of 53F today, and very strong south winds. Tomorrow, winds will stay quite breezy out of the south but then turn to a northerly direction after a cold front passage and be just as gusty. The rest of the week we will have highs around seasonal averages but it will remain quite windy for most of the week. 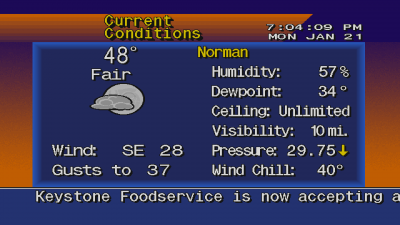 It's clear and cold right now, but there is rain and even colder weather coming. If it rains at 41°F and then drops to 21°F, the wet spots will probably freeze. That's the kind of thing that leads to broken power lines. I'm kind of hoping it never gets warm enough to rain and it just snows. 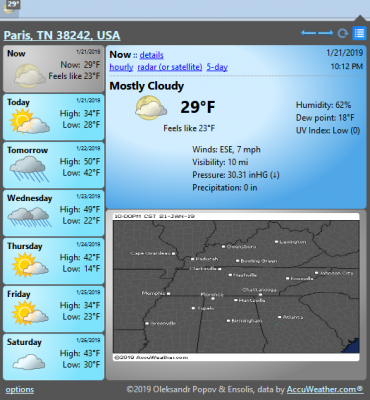 Attention all .gov chem trail jet pilots, Northwest TN needs your help. All you need to do is fly over and create two to four inches of snow by 4 AM so we can un-bag the bread and milk and have an epic snow day victory royal! 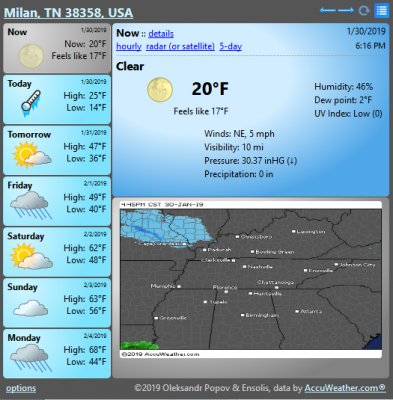 So yeah, that happened.

uh... that's cold
Check out my website YSDecaff for all my tutorials and addon releases.
Visit by Bitbucket page for Python codes: https://bitbucket.org/decaff42/

Spring has sprung in the southern plains and with it, so have the storms. We had some non-severe storms in the morning, then later this afternoon some severe storms that put down golf ball size hail in the north metro. Lots of people outside on a weekend day caught in the weather, many drivers were taking shelter from 2" hail under highway overpasses and driving "erratically" according to one local station storm chaser. Looks like "first storm surprise" for many folks lol.

Scorching temperature today: 28 degrees centigrade at the time I wrote this

It is 82,4 F for those who use imperial system.
The A380 is ahead of its time. With the resilient passenger traffic growth for times to come (reference from Airbus's Global Market Forecast), plus congested airports, the A380 could not be ignored.

Berry is knocking on the door, will be full strenght by Sunday here in New Iberia parish. 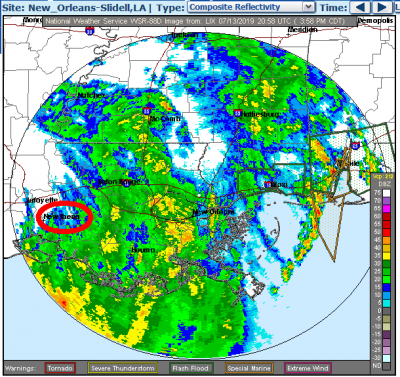 I've got him on my radar, as well. Keep the batteries charged and the supplies stocked.