Many years ago i stumbled onto YSFLIGHT by random curiosity and i must say once i found out i searched high and low for content as well as learning how to develop scenery and aircraft, I did get as far as making my own map and importing my own custom built aircraft however.

As time moved on so did my interests and the lack of people flying in multiplayer at the time didnt help either its fun to create a world but if you have no one to share with then it gets boring fast.

Coming back to YSFLIGHT i discovered on multiple threads that YSFLIGHT is having poor optimization since the past releases after 2017 the engine lags and the source code has been demanded and begged for.

SOJI has been very generous and kind for sharing hes creation with the world and I know people have spent hours upon hours developing content as well as bringing great strides to the simulator on personal and public channels.

But I am noticing people who supported YSFLIGHT also starting to leave for example YSfinder has shutdown the site meaning the importance of cataloging and archiving content has left the building for many.
EDIT} i found out about ysrepo thanks decaff

It breaks my heart truly to see a thriving community slowly drift into the echoes of time however this has so much potential as well as ability being a developer myself and working on a team that created a flight sim from the ground up i can understand what it means to develop code and spend hours refining and cleaning things up however. The community has been passionate to ask if they can help with development now i know SOJI has every right to do as he pleases and i am in no way condemning hes decision to continue to develop at hes own pace the software. However i would like to say not being able to get even 60 frames in game with everything turned down is not something i enjoy especially when i have so much intended to develop for this simulator its simple and the content is outstanding and easy to develop but again it all comes down to momentum and keeping the code and development alive at a pace that everyone can get excited for.

What I am wanting to understand is can i believe in this again can it rekindle the fires that went out will SOJI make an amazing update that will bring the slow beating heart back to life again.

will the source code truly be released will SOJI realize the disposal of willing developers to aid him with this?

1 Mans dream cannot stand without help for some but for something like this its a pioneer as well as potential that can make flying affordable and allow others to learn what it means to develop and to be given the power to imagine and create.

Still to this day i develop aircraft but sadly the complexity of other simulators makes it almost difficult for me to bring them to life but that comes with ADHD with this however i could develop and learn quickly because it was made easy.

SOJI if you ever read this thank you for creating something for school that became an amazing addition to aviation as well as developer friendly because of you i got into designing aircraft and really pushing myself into learning to develop and 3D design.

DOMO
ELECTROSPHERE IS THE FUTURE...... 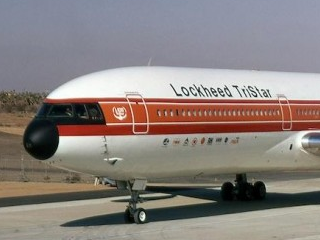 I have a very similar opinion to yours.
I did not sell very well, so Lockheed killed me. I'm the reason it doesn't make airliners anymore.