Working on really improving the BNI Thunderbirds F-16. So far, I've redone the stripes, nose cone, tail decals and curves, cockpit, and bird on the bottom, and now working on names on the side of the cockpits. I'll be working on the F-16D (All three, #4, #7, and #8) and trying to make the fueltank able to equip on the aircraft with actual fuel. I'll also be working on the animations for the afterburner and ailerons/elevators in the back. 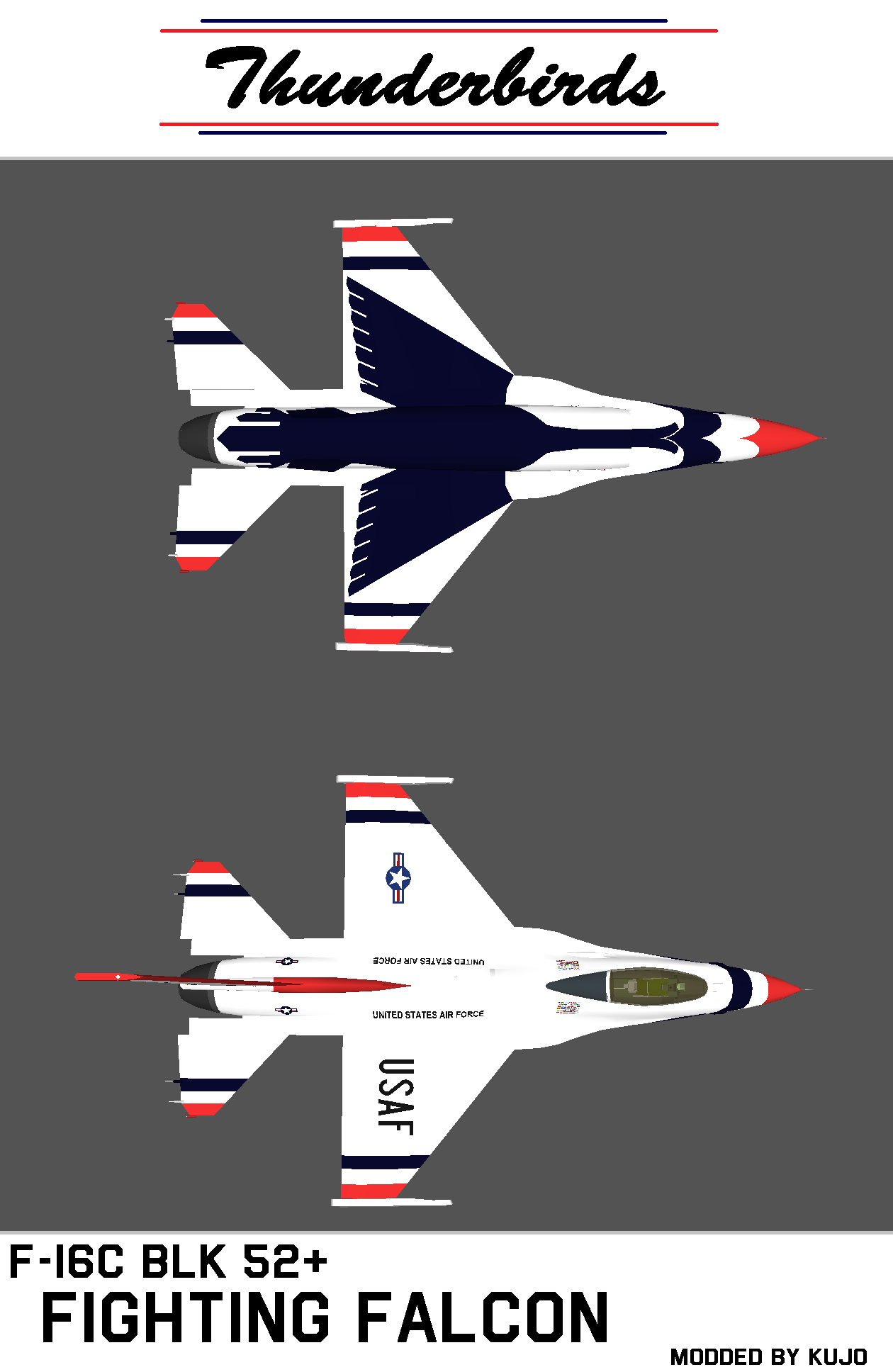 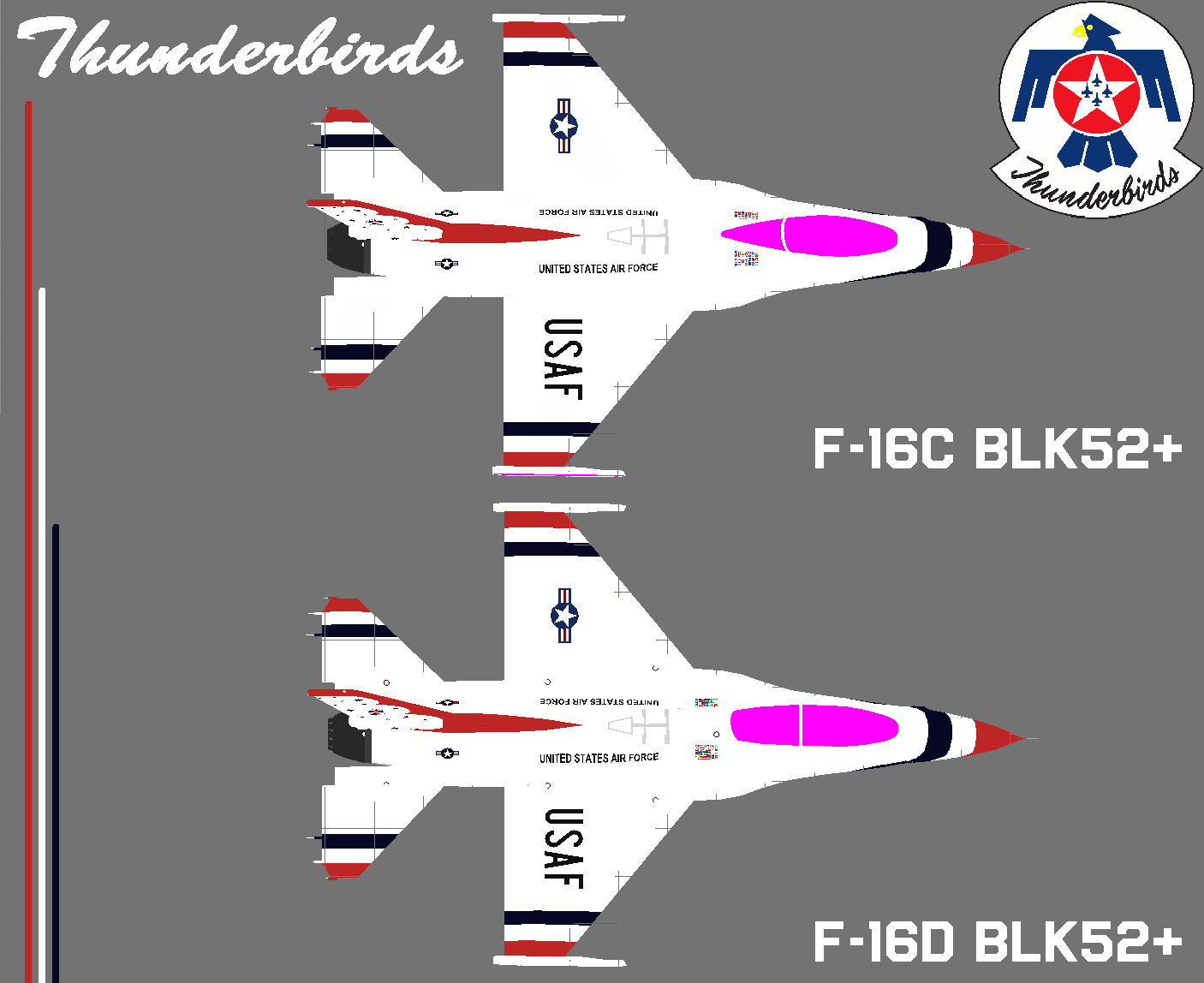 So this mod will have a total of 9 aircraft in it, 6 of them as the regular single seat F-16Cs, and the other 3 the F-16Ds. Still thinking about adding vapor streaks when you hit afterburner and pull hard, making them pop out of the side of the fuselage giving it that cool effect. Just looks better to me.

A new TB plane with vapor streaks? Sure! Why not?

Terminal upgrade, and the increase of buildings

I can't stop staring at that detail!

OMG just look at that @[email protected]
The detail is hypnotising! 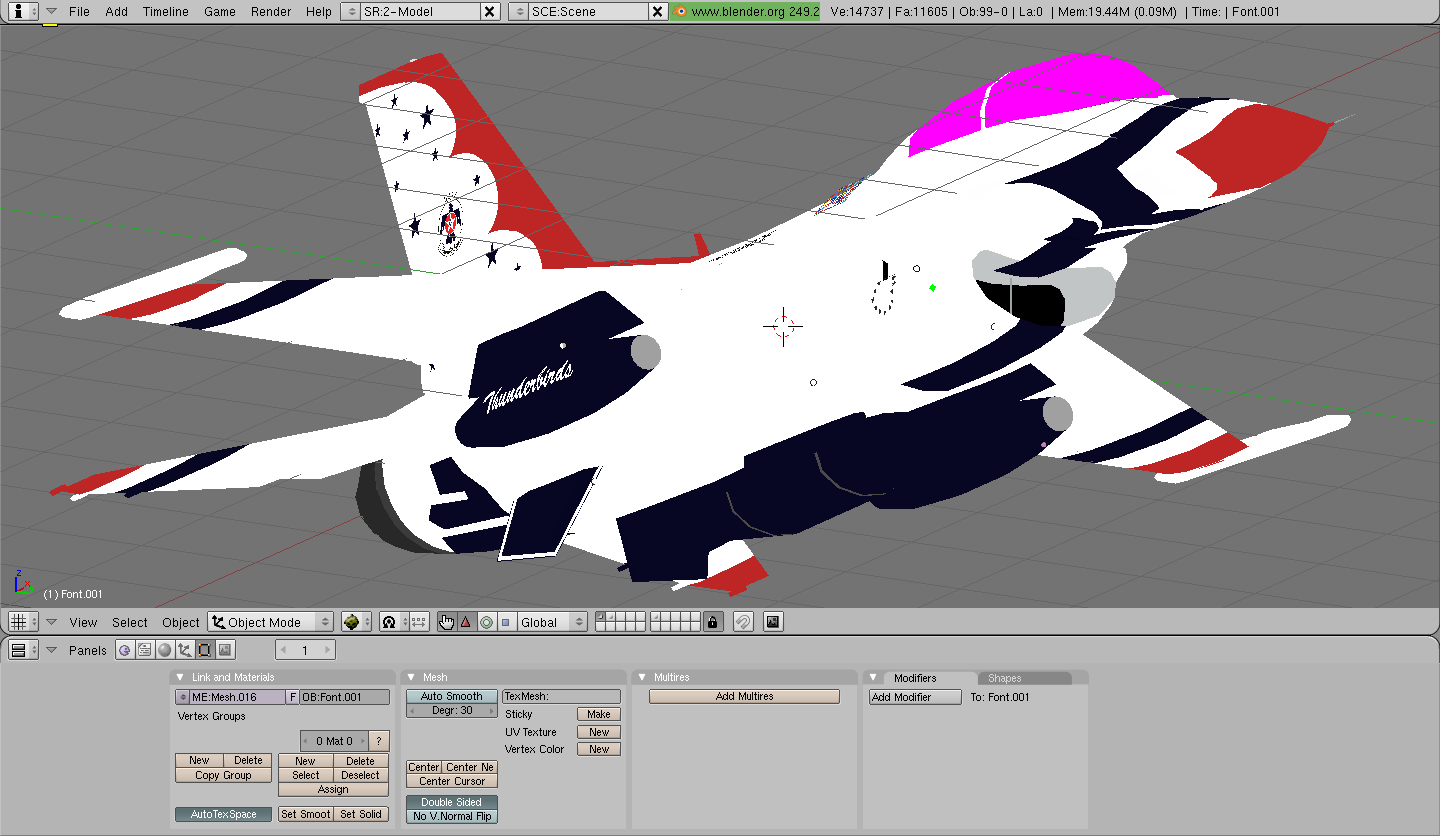 -another update- Thunderbird 8 is now done! 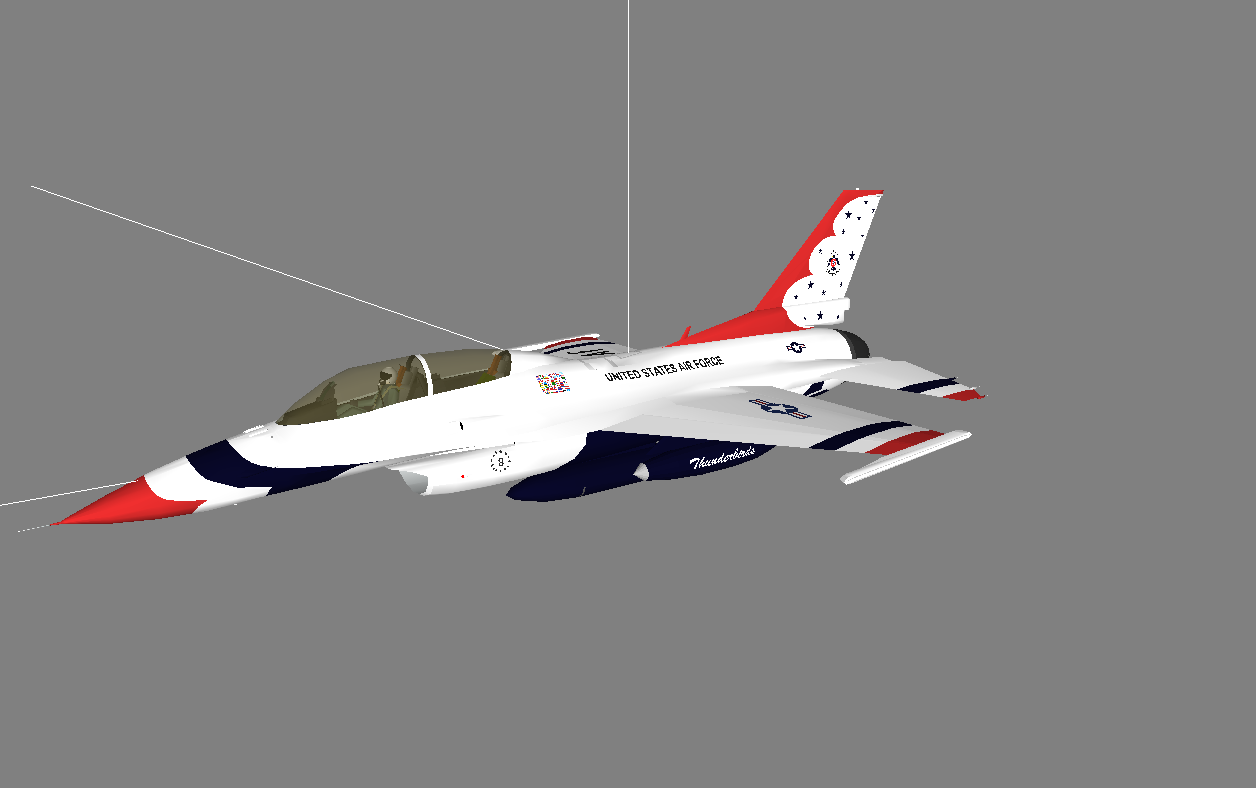 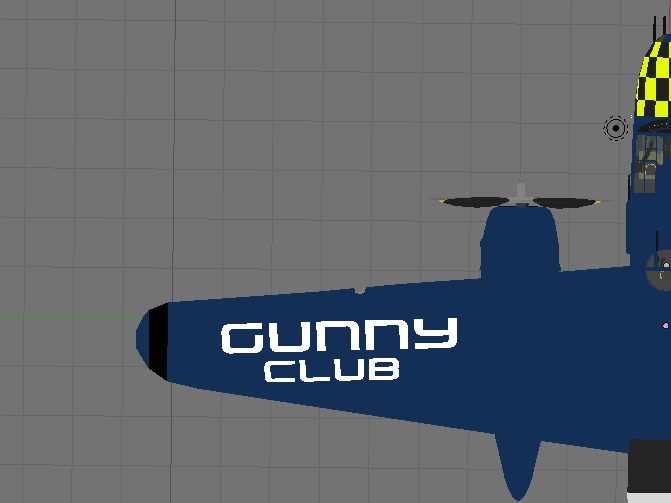 This is something I've wanted to do for a few years, and finally had a reason for it. I call it the Airrier, an aerial aircraft carrier. It's obviously based on the stock carrier. It's just starting to take shape. I plan to add a number of turbines to keep it in the air. The speed is 250 kts, which is quite interesting when trying to land. 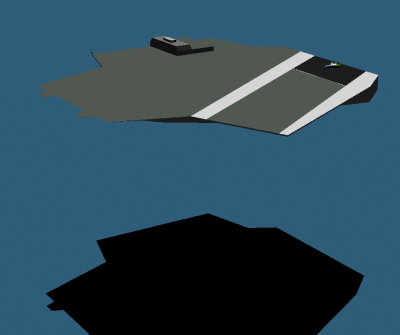 Reminds me of the thing they use in Captain America. Though that one got turbines mounted on the sides.
http://ysmajor.weebly.com
Top

I've got to figure out some way to get the turbines attached to the craft. 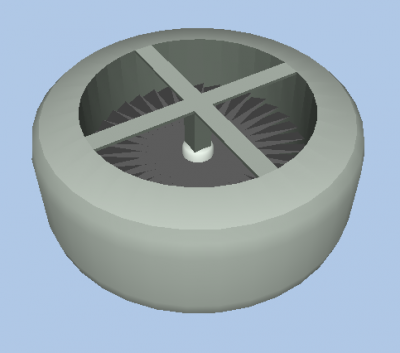 just make a dnm?
with CLA 10 you can make the blades turn as well.
Just need the SRF's to point up (y axis in YS) and be centered.
http://ysmajor.weebly.com
Top

I know how to attach it, I just don't know what sort of device I should create to not make it look like a weird turbine glued to the edge of the deck.

I'm also not sure how many of them to use. I suppose I could put a line of six on each side using some sort of lattice on the port side to make it even with the straighter, starboard side. I also need some navigation lights.

Carve a few "Wheel arches" into the frame and attach with brackets. Keep it nice and flush and conformal and not like a carrier with engines attached, noimsaiyan?
I am an accountant working full-time (and some). I'm not here as often as I would like to be. Send a message if you need me. There are a few people in the community who can get in contact with me urgently if you need - don't be afraid to ask. I just don't check here as frequently as I used to. Sorry!
Top

I'm going to split the thing down the center, discard the entire port side of the ship, and expand the starboard edge around the cowlings. Then I'll mirror it to make a symmetrical ship. 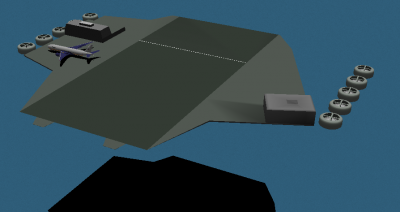 I went ahead and changed the ship up to make it more symmetrical. I want to keep the aircraft carrier look. Instead of trying to cut out the ship, I'm going to build decking onto the cowling .srf so that I can just attach each one to the ship. There will be one more on each side at the back and three or four on each side at the front. I'm really happy with the fan blades. 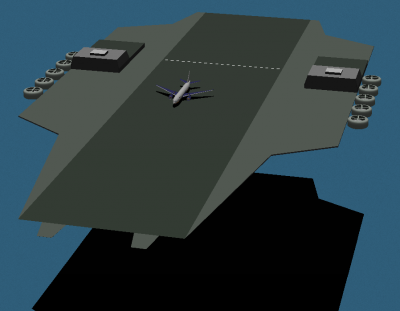 I love the concept

After taking this picture, I took off in the A380 from about the center area of the deck, so most aircraft should have no problem operating on the Airrier. 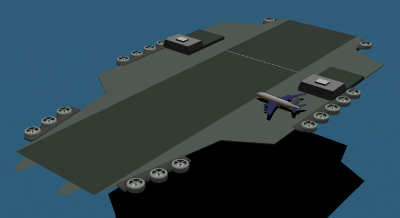 You could always add an extra deck and go like a SHIELD Helicarrier that way there are two levels, the top for fighters and the bottom for cargo/civilian

Not sure if the YSFlight carrier would allow for two decks.
Check out my website YSDecaff for all my tutorials and addon releases.
Visit by Bitbucket page for Python codes: https://bitbucket.org/decaff42/

I'm not sure, either. I tried two deck lines in the .acp, but it failed. Plus, it would make it too difficult to land in a hurry.