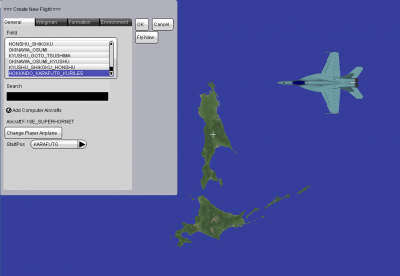 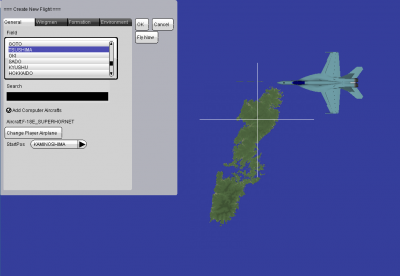 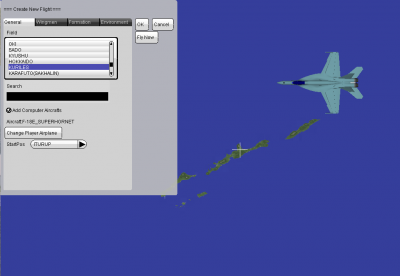 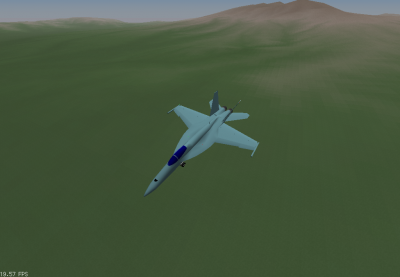 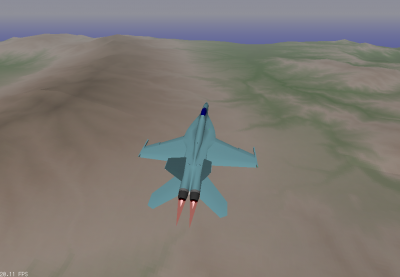 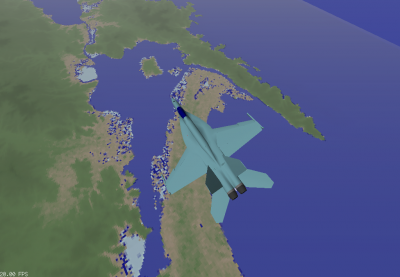 After that big pack back in December, we .. (breathing more air) Abel Jets Group officially announcing that we're going to ded develop a new updates for Abel Group 8.0 Fleet Pack

Yes, we're not satisfied enough with the so called super-very-very-heavy-large and huge pack, because of that we're developing this pack which consist of .. 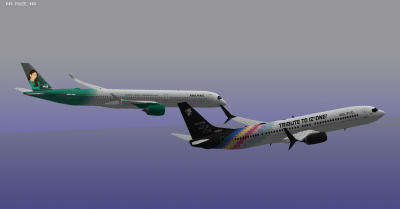 Yes, we bought Mahou Air, and rebrand them as our new Abel Jets child company, crazy isnt it ?

In the earlier release (Abel 8.0 Fleet Pack) the Vice President put AJVG CEO face on a Boeing 737 Max 10, and now the time has come for his vengeance.

Not much update for now, but more to come!
We promise.

hey guys..basically im posting my project on screen capture topic. But i think its more suitable to post on this topic since its about current projects. So here the Rosenbauer Panther FL 4X4 totally finish for the basic/blank model. i would like to thanks to dan and dave fire truck for the water and nozzle . i use their water and nozzle and apply to the Panther .Now the nozzle can move up and down ,left and right . and most importantly can spray water too! . im going to continue for making the 4x4 stretch and 6x6 model . lastly going to apply some simple liveries then i release it together with the Oshkosh striker as YS FLIGHT ARFF PACK. 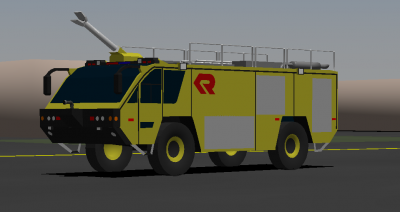 Looks great! I'd suggest setting the water to smooth, and maybe adding some transparency to it
Actual UltraViolet

tq @ waspe414 for the recommendation . But i wish i know how to change the water to look smooth ..maybe a i look for it later. however the current water that all white looks like foam . Most of the ARFF vehicle carry foam . Anyway i manage to finnish all 3 model of the Rosenbauer Panther FL ,the 4x4,4x4 stretch and 6x6 ..now focusing on make liveries on it the release with YS ARFF PACK alongside the with Oshkosh Striker. i will hold for a while for the next project (Rosenbauer Simba) because i got interview this 5 September for my permanent fire fighter job .. Wish me luck guys! 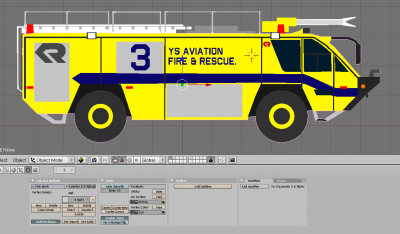 Select your object, hit Set Smooth. It smoothly shades continuous geometry. If you want to make some parts smooth and some parts with hard edges, use the Edgesplit modifier under Add Modifier (don't forget to apply before export), or split faces manually with Y

To set transparencies, open the Scripts window and do Scripts > Mesh > YS Face Mode, select your faces in Edit mode, then put a number in the ZA box
Actual UltraViolet

update on the current YS ARFF Pack .. going to delay for awhile.. im on researching to make snozzle can actually work like real thing .. i dont know how to make animation yet .. do you guys know where to learn it easier way? 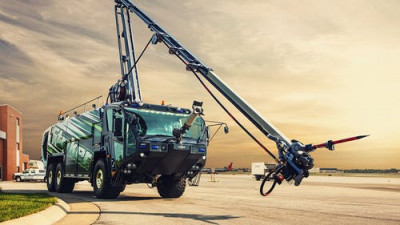 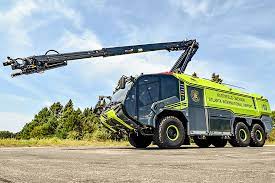 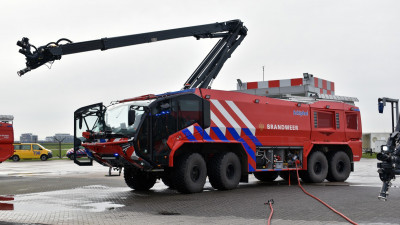 You likely will want to use a turret for the nozzle since that can be player controlled. The boom arms could be assigned to the elevator CLA to extend the arm forward. Not sure about rotating the arm assembly as a whole, but that looks like something that isn't moving in those shorts. The boom could be extended with the Thrust vector CLA.
Check out my website YSDecaff for all my tutorials and addon releases.
Visit my GitHub page for Python codes: https://github.com/decaff42?tab=repositories

I'd set turret to be the whole arm rotation, up/down for one joint and left/right for the second joint, and put the spray direction on aileron/elevator because they're more twitchy. Thrust vector for boom zoom is a good choice
Actual UltraViolet 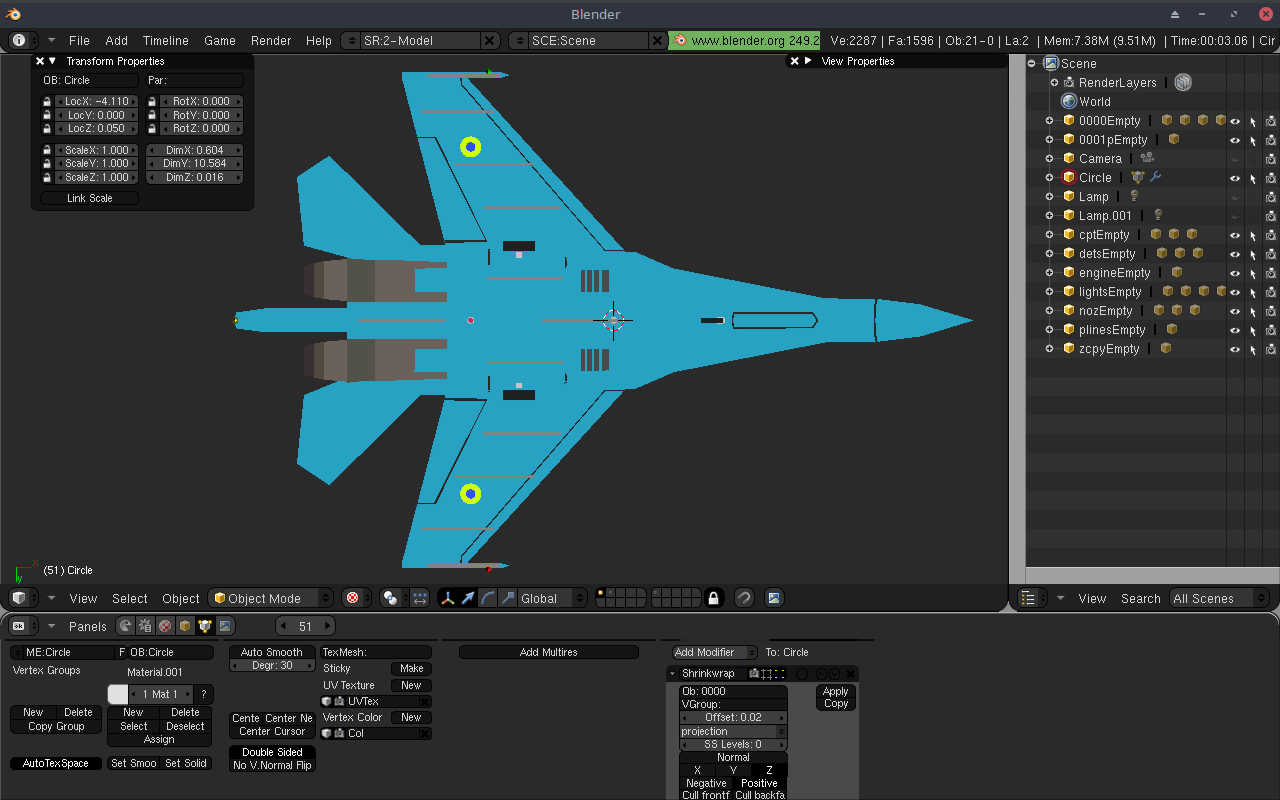 Sup folks, been quite a long time since we from Abel Jets Group posted anything regarding the development of the virtual group's Fleet Pack 8.0 Service Pack 1 - that was kind of announced by Tommy in this thread a few months ago. The main goal of the service pack itself is to reduce the number of bugs that were found in our previously-released Fleet Pack 8.0, which are mostly .dat-related. Some are the adjustment of aircraft strength, yaw maneuverability constants for "classes" of aircraft (big jets, medium jets, small jets, and props), camera adjustments, and several more. We are also revisiting some of the .dnm visual models of our fleet to further refine them, one example being the Abel Jets MCC B777-300ER that has that more-than-obvious wrinkles on the fuselage skin.

At the same time, after Fleet Pack 8.0 was released, there have been several events that transpired within Abel Jets Group - some of the most notable ones are the re-launch of YSFlight Indonesia Division (YSF-ID)'s SatNiteFlights that was mostly assisted by Abel Jets Group and the acquisition of an older YSF virtual airline in order to keep it flying in the virtual skies, as well as the introduction of new subsidiaries within the virtual group.

Seen here is the all-new Mahou Air VA (MAVA) Airbus A380-800, registered as JA4380 and bears the nose name of "Oceanic Breeze" (all MAVA airplanes now bear nose names that end with the word "Breeze"). The airline itself was absorbed into Abel Jets Group in May 2021 after a deal was secured with YSF MAVA's former CEO, Nodoka Hanamura. In regards to business functionality, the new MAVA will extend Abel Jets Group's hands to the Far East market sector as MAVA primarily operates out from the fictional Mahora City International Airport, Japan.

To spice things up a little bit here is "Future Breeze", a MAVA Boeing 787-9 Dream)Liner in the "Equilibrium" Special Livery, registered as JA4781.

Another new virtual airline that is coming up to the YSF skies - StarLight VA, owned by a YSF-ID member and will be operating for Abel Jets Group. StarLight will operate as a low-cost carrier (LCC) out from the UK and around Europe to "somewhat secret" routes that the Irish LCC has yet to set its foot on. Here is "Cassiopeia", a StarLight Boeing 737-900 which is registered as G-STNG. All StarLight VA airplanes bear star-related nose names, no pun intended.

Now here is a much stranger newcomer to the YSF skies, Rianto Company, a luxurious charter virtual airline that is also owned by a YSF-ID member and will base itself out from, I don't really know, 2-PKDU, their sole Airbus A321-200(SL) (pictured beneath) will be stationed at Bermuda, whereas G-AJRR, also their sole Boeing B777F (also pictured beneath), will operate out from Linbury. Also, as far as I am aware, there aren't any "luxurious charter airlines" that operate freighters. Well, perhaps this is an entirely new business model that I haven't heard of. Rianto Company's fleet does not bear any nose names to make things more confusing.

Well, that kinda sums it up for the new Abel Jets Group subsidiaries. Now we will move on to several new aircraft and special liveries that will be added to the virtual group's existing fleet. Here is "Rhiannon Meyer", an Abel Fire and Rescue Airbus A330-200MRTT, registered as G-AJHS, that acts as a global flying hospital to the virtual group's SAR subsidiary.

This is PK-AEJ, a newly introduced-to-the-fleet ATR 42-600 of AbelXplore that sports the "Visit Papua" Special Livery. She bears the nose name of "Hiyaa Hiyee a Hiyee Hiyoo" (I don't even know how to read that) and will be operating within the Island of Papua, Indonesia, to carry mostly supplies that are crucial for those who live in the mountainous island. This is since road access is kind of limited in the region, whereas the air transportation sector is more developed.

The ATR will be accompanied by G-AJEX, also a fresh addition to the AbelXplore fleet, a Dornier 228-212NG, which bears the nose name of "Mt. Everest", in delivering critical supplies around Papua. The lighter Dornier will mostly operate to bush strips that are spread around the island.

And finally, to close today's edition of Abel Jets Group's Fleet Pack 8.0 Service Pack 1 Progress Report (since we cannot really cover all of the updates in a single reply), here is "Lightning Bolts of the CMI", an Abel Jets MCC Airbus A350-900ULR, registered as F-AJOS and flies the "Orange Skies Aerobatic Team Tribute" Special Livery. The wide-body ultra-long haul airliner has the names of past and present Orange Skies Aerobatic Team aviators and crews painted on the vertical tailplane as well as a depiction of the team's signature "One Beautiful YSFlight" flyby on the A350's fuselage. You might have seen this particular airframe before in YSF airshows, but it seems like I had not properly introduced her in the Forums, hehe.

Leave it to AJVG to come out with more stunning liveries...

Btw are those Cherry Blossoms on the "Future Breeze" nick-named 789?

Thanks, man. Those kind of liveries only come to fruition when the modders within AJVG are in a good mood - or else normally we'll have to go back to square one, the blank model, haha. And yes, those are cherry blossoms on "Future Breeze".
PROGRESS TO CONNECT
THANK YOU FOR KEEPING OUR DREAMS ALOFT
https://abeljetsgroup.weebly.com/
Visit my model airport's website at :
http://rackenvilleintl.weebly.com/
Visit 4th Aerial Wing "Scorpions"' website at :
http://fourthaerialwingscorpions.weebly.com
Top

Greetings and yes, its December and as always Abel Jets Group is proud to present the holy-community of YSFHQ the AJVG fleet pack update. And following the already-Fal's-mentioned topic, here's some of our Abel Jets Service Package 1 (shortened to AJSP1) Special Livery!

As our 2021 is leaving the calendar, time has come to change our motto a bit, from 2021 "Progress to Connect" to 2022 "Progress to Integrate". In 2022 we plan to focused our objective to integrate our pack, make it easier for bug fixing, maintenance, and time-efficient modding via Abel Jets Group Integrated-Centralized Fleet Database.

a kpop-motivated aircraft livery, (there are three of this kind, one is japanese)

This one is AMF (Abel Maintenance Facility) QRT repair aircraft, or Quick Reaction Technician aircraft. If in any case your aircraft fuselage is break into 2 pieces, this aircraft will bring a new fuselage and fix it right away.


someone wrote:Is there any link for this pack already ? 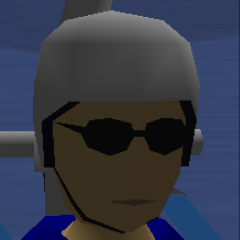 Three of many, so far. 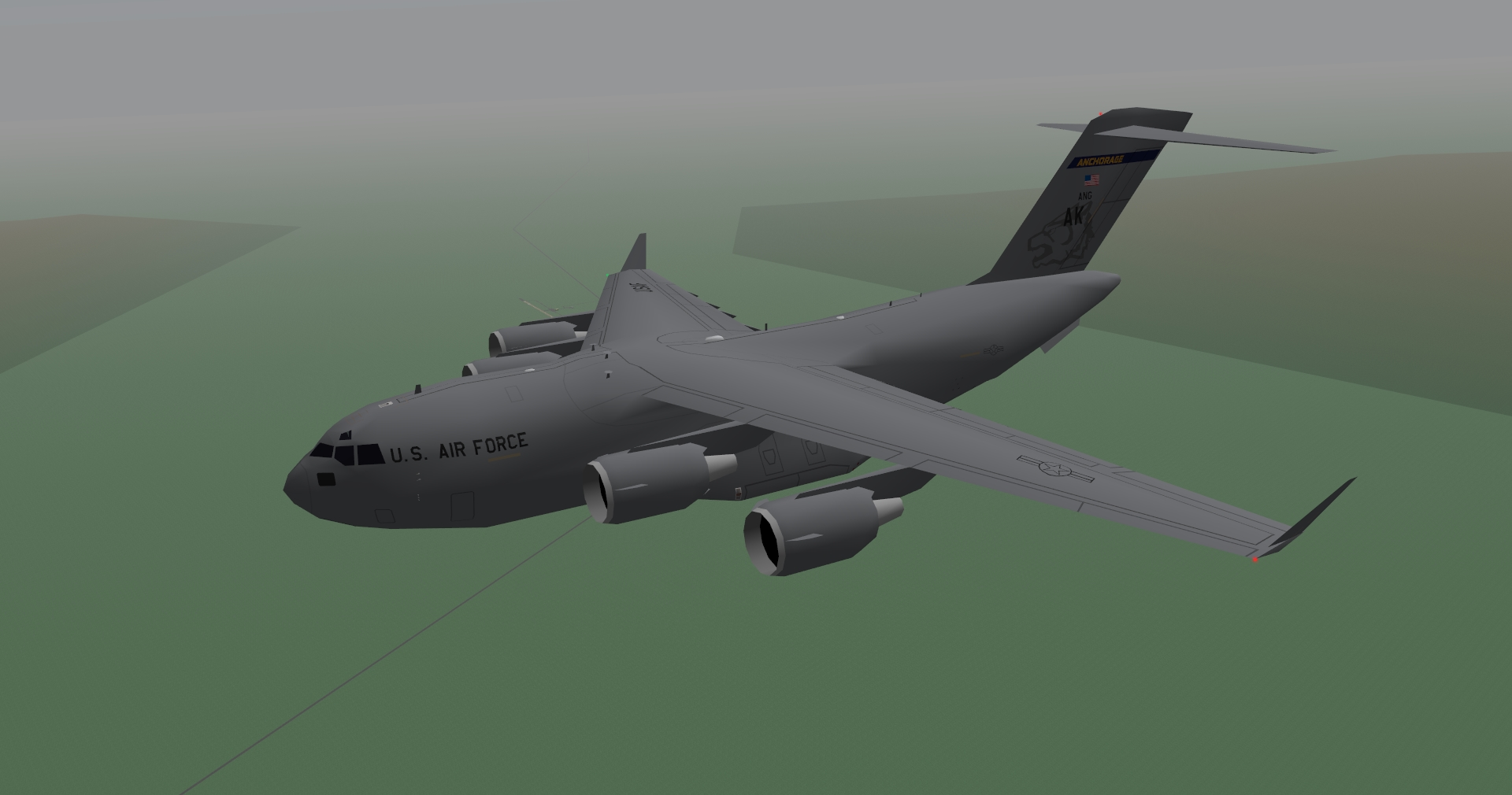 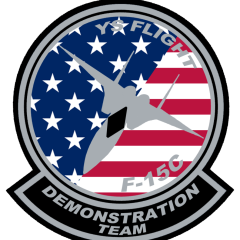 YSFlight does not seem to have much activity these days...
Top
Post Reply
3782 posts