by ForeverYMonster
Hey Ace Combat Colonel, is the CFA/QFA currently in the works. or is it already released? It looks amazing

by Skipper
I've managed to convert a Ordnance Survey ASCII DEM into a .ter.. Problem being is that it is a 5mb file... And only covers a little area... Hmph...
But still, this is actual terrain data for OS grid square NZ62,

Which is quite cool technologically.. but in practice.. Its gonna be a while until there is a digitally accurate (to under 90m) terrain map of the whole of the UK.... The data is just too massive for YSFlight...
The area, NZ62 is the area of Saltburn on Sea and the surrounding coastland

by Gunny
When I was making the UK scenery I played with the idea of using GIS info system Terran mapping but discarded it as being way to memory intense for Ysflight not to mention I just could not afford the software required.

by Skipper
I did a write up of the method
Method
But it is far too big a file. This is a tiny area, like 10km square, 401x401 cells, and the file is 5mb. I've got the SRTM data at 90m resolution, but for the whole of the UK, its 7000x13000 cells, which would be a huge file! For some reason it is also flipped North/South as well...
Future plans: try with the uk dem and increase the cell size, this will reduce the file size, then maybe split it up into smaller bands, so its not trying to draw the whole thing all the time... I dunno, we'll see...

SET SMOOTH BUTTON I USE YOU! i have some normals to fix however

by NightRaven
Normals to fix? Use the textured mode instead of solid mode, so you can see where the normals are to be flipped. I only use the solid mode to find odd shadowing and fix it.

by MrFunnybone
oops I meant shadows, I got pretty lucky and didn't need to recalculate normals that much as the model came out pretty much perfect normal wise

by vandal
Skipper what about just doing the major terrain detail?

by Skipper
Yea, i could reduce down the size of the dem, but you'd loose out on major details...

by Dan
I haven't been on here in ages! Just popping on to say that project Sunderland is very close to completion and may be ready for release in a couple of hours or if not, tomorrow.

Here is a picture of a GR Mk V. 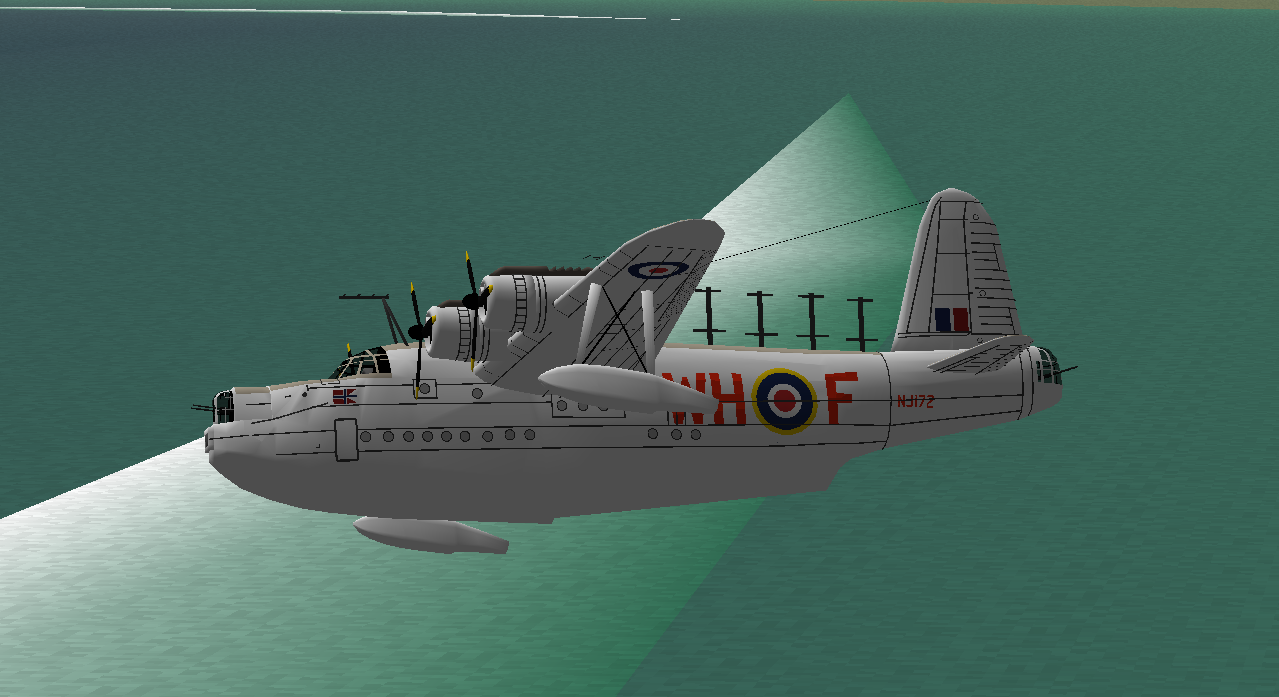 by Gunny
That's quit the flying antenna farm.I like.

by Dan
Thanks man To you this is probably awesome, to me this sucks because I don't know how to add those elevation grid trees (sorry to sound like a dang noob here). Right now, Mount Vernon airport is probably 30% complete. This is also just the base for me to lay the airport down on.

Mount Vernon (somewhere located on this floating sphere of aliens) will be the home base of the 2014 YS Dark Blazes.

Well, time to add in the airport! Well, that was a bit fast. Can anyone give me tips on how to add those elev. grid trees?

by waspe414
Insert an elevation grid, colour it green. Select it, hit escape, hold control and click all the nodes you want for the tree tops. Elevation Grid > Move Selected Nodes, bring the trees to the desired height. Elevation Grid > Hide > Zero-Elevation Faces

by Dan
Don't underestimate yourself DT, that's a great map and you should know that.

Project Sunderland is complete
Thank you for the support, It's now up for download on YSUpload in time for Christmas!
http://ysu.ysfhq.com/download.php?id=1136 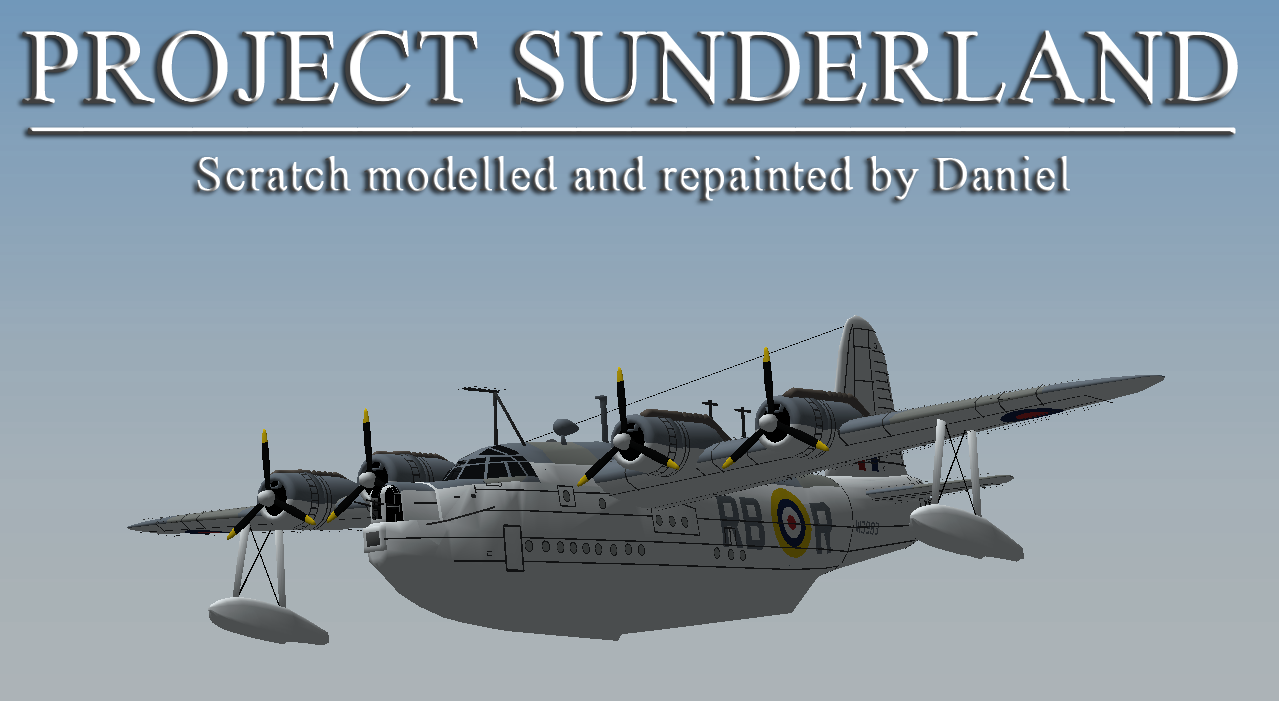 by Gunny
Couldn't have asked for a better Christmas present Mr.Clause err I mean Dan.

by MrFunnybone
I finally finished the normals and shading issues, so i did a quick paint and added the hush-kits(finally)

by Deleted User 1872
Some maps that are currently being started on...

by Krux
CURRENTLY WORKING ON A JET IMPULSE PACK, THOSE ARE THE RECENTLY MADE AIRCRAFT:
1 - MB407_/_ THOR (Credit to Umaibow Wings museum for the original Su-37 model that has been used)

6 - MB395_/_FREY (Credit again to Umaibow Wings museum, since the body's the same as the THOR model, and it were modified starting by the Su-37 Model)

Excuse me sir, I'd like to protest the title of this map. It is incorrect. What you have there is a map of RAF Lakenheath. It's an RAF Air Field which hbosts USAF units. Thank you for your time to correct this mistake.
All times are UTC
Page 63 of 187