by Neocon
Ok. Time to flip the switch. I'm working on the stock Mitsubishi MU-2. So far I have given it a new nose and some improved windshields, new wings, and a new nose gear. Next up will be [highlight=#000040]the bulged areas where the main gear goes and then[/highlight] some work on the vertical and horizontal stabilizers. I just realized this is the shorter version, so that saves some body work. I'll just need to change the nose gear a little bit.

You might ask what I changed. The landing gear is finished, although I may go back and add the door above the rear landing gear. There is also a new vertical stabilizer that I made by modifying the one from the Piper Archer. I also blended the body and wings together and rounded off the nose. It still needs a better horizontal stabilizer. I think I'm going to try to modify the stock C-130 engines for use in this, and then I'll come up with some better props. I also need to make some wingtip tanks.

by MrFunnybone
Why is this happening? When I try to animate the gear doors, they won't rotate on the correct axis (empty's y axis) 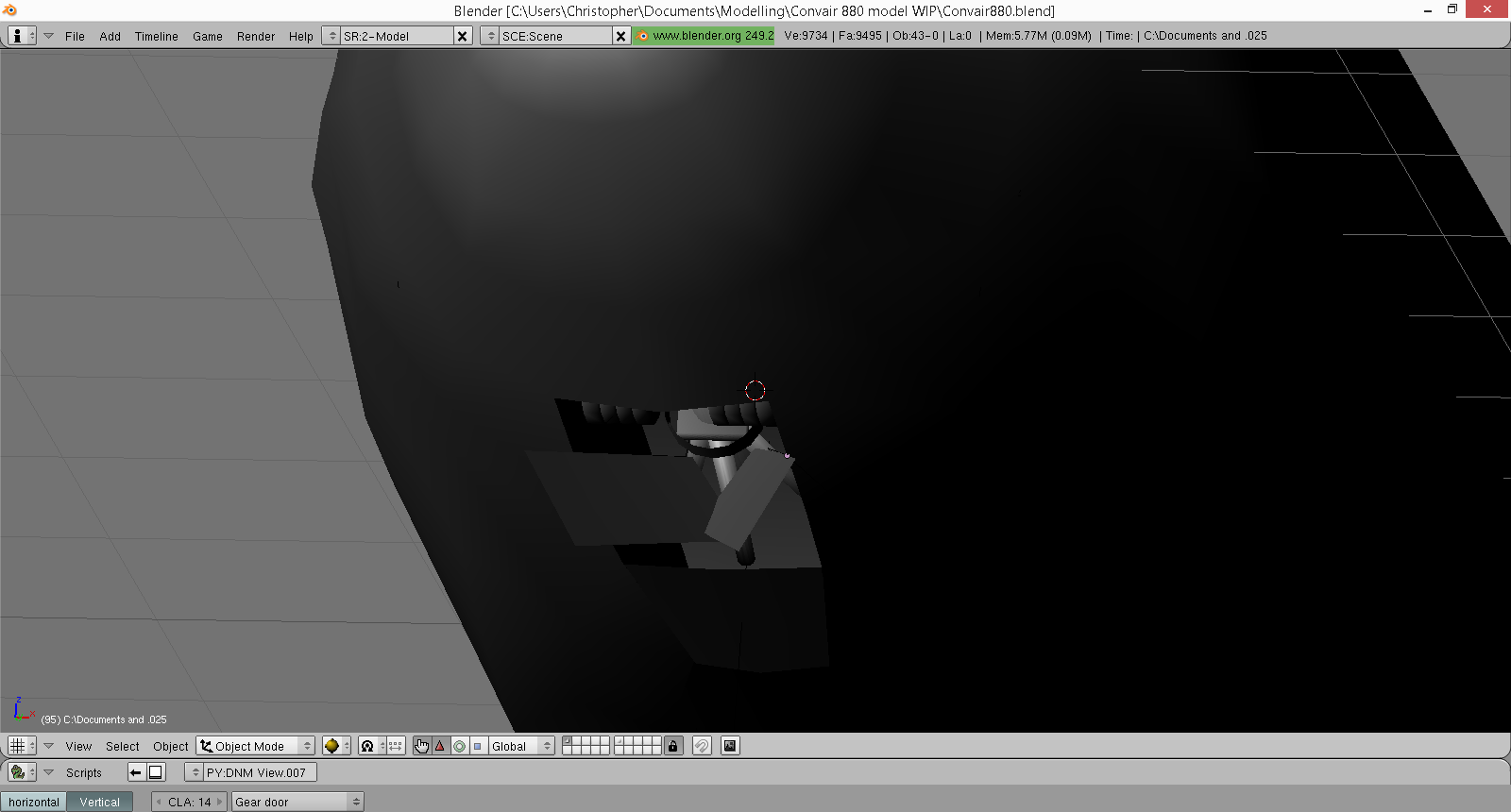 by decaff_42
did you parent the door to the empty when both were at the model origin?

by Neocon
I have those trouble, too. I just try different things until something works. I can't tell you how it works in blender, and don't really know the right words to describe it. It has to do with the center point of the surf.

Here's an update of the Peacock: I got the engines fabricated from scratch. They aren't great, but they are better than the stock engines. I also made a four-blade propeller based on the pictures I've seen. Most of the lights are there. Still ahead are a new horizontal stabilizer, restoring the stock landing lights to the body of the plane, possibly (but not likely) the covers for the rear landing gear, windows, and possibly work on the cockpit.

I decided to ignore that list of things to do and instead I cut out and animated the flaps (a vital part of flying this particular aircraft), rudder, and elevator.

I'm pretty sure I parented them to the empty at the origin, and when I try to rotate them on the empty's y axis it rotates alright. It's not until I set the two keyframes and go over the animation does it do that weird twisting

by Neocon
I thought I had the blank finished until I did the first paint and realized there were gaps between the body and the stabilizers. I fixed that and noticed that I didn't have the exhaust on the back of the engines. I fixed that. I hope that's got it.

by tigershark
looking good patrick, best I seen you do, so far.

Just finished off all the roads and some rivers. Now for the rest of the water to finish up then I move onto groups of trees and other color thingies.

by Neocon
I guess nobody worries about lag on computers with less than 1GB RAM these days.

Here's my progress on the stock T400. New wings with working ailerons and flaps, a new vertical stabilizer with rudder, and new engines. Still to do are the horizontal stabilizer, body, and landing gear.

They don't have to happen, but it's a set of possible animations that would look really freaking cool. (I can provide pictures and math if needed.)

I'll also get working on a .dat reboot, and set up an .ist, if you need it, once the srf/dnm is done.

by Deleted User 1872
Thx, Waspe for that info

It works, but now the only thing missing is the throttle and stick. Let's see how that goes =)

The final version of the front panel is done, now I get the sides done =D So far I have 3 demensional buttons and switches that weren't in the previous one

by Dision
Practising some more modeling... 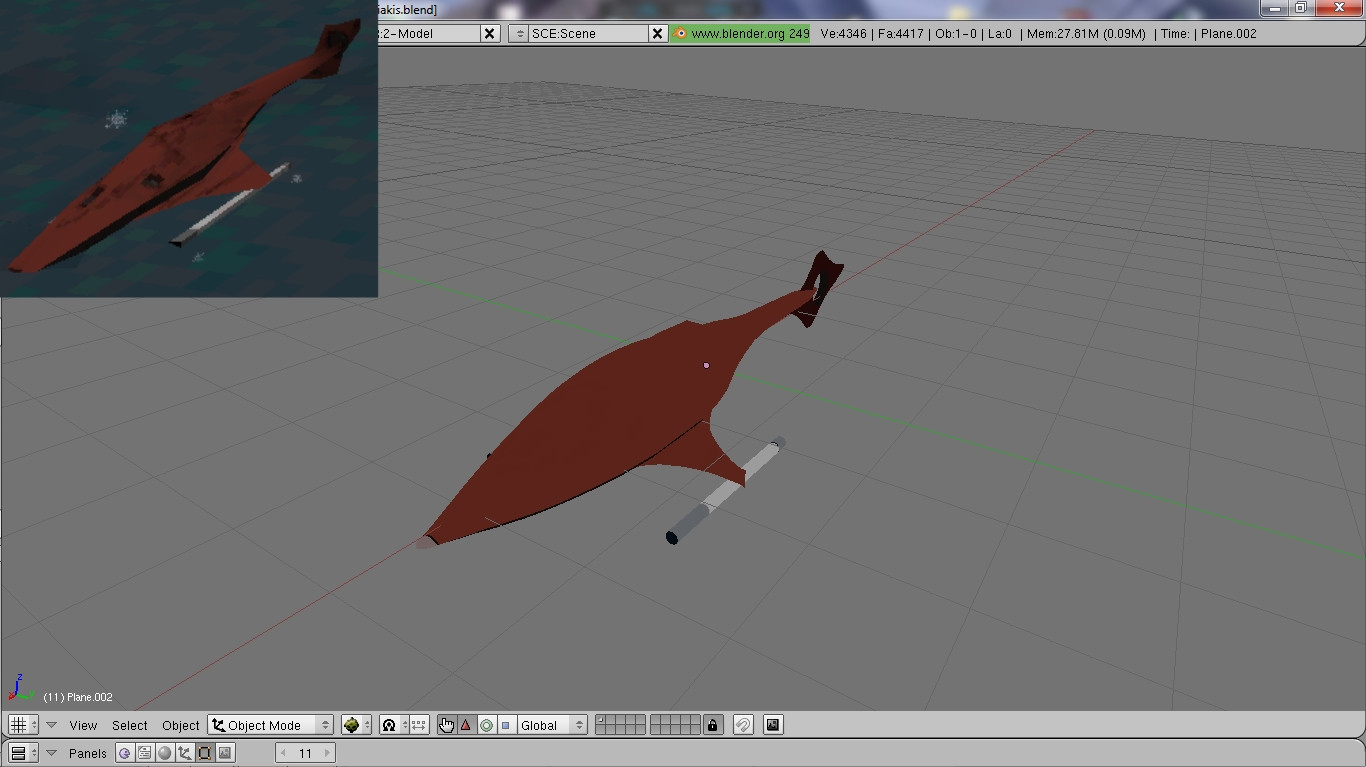 by Neocon
I've just about got the Hawker 400 finished. I edited the .dat so that the range is a more realistic 1,700 miles. I'm going with GAC-style landing gear. It has working flaps, flaperons, rudder, elevator, and reverse thrust, none of which is of particularly high detail.

The cockpit has moving yokes and you can see it from the outside. I'm also confused about whether it is supposed to have five or six windows on each side. I think it should be five, so that will need to be changed. Maybe I can smooth out that ridge behind the cockpit window, too.

Dision, I don't know what you are making, but they look interesting. Do those things fly?

by decaff_42
@ PAtrick, did you cut the windows into the mesh of the airplane? The crease just behind the cockpit makes me think you did.

by Neocon
Actually the first three were already cut into the mesh. I just added the others. It turns out it was just a vertex that wasn't rounded making it look like that.

by Dision
Finished model of the R-501, except for animations and gear, etc. 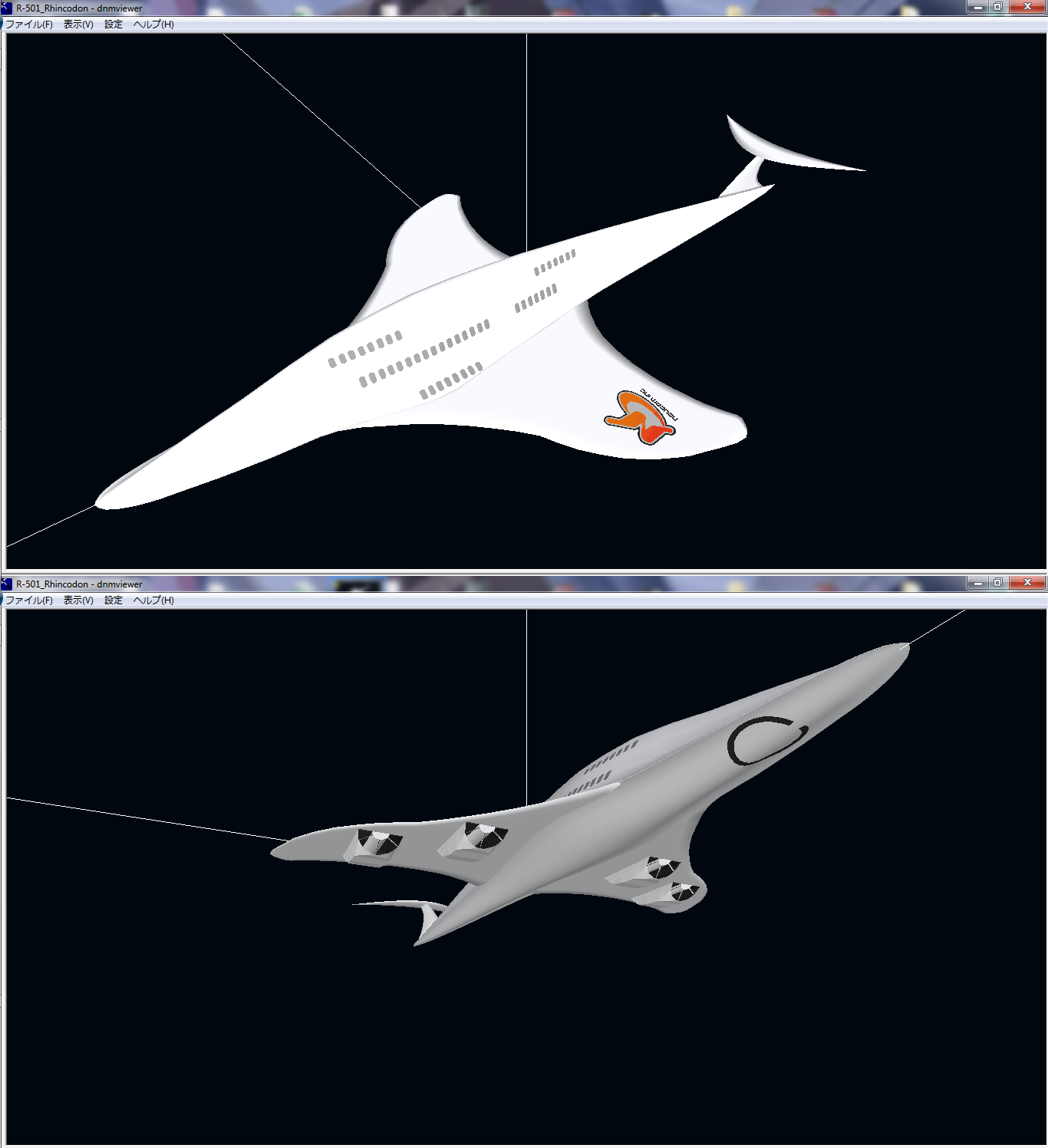 by Gunny
Dision didn't I see that on the Discovery channel? A program about the future of airliner design.Not exactly that design but really close.In any case you did a vary good job.

by decaff_42
Looks kinda like a manta-ray. Very interesting shapes on those wings.
All times are UTC
Page 79 of 188