by Monoceros
I was playing around with TF58's Down in Flames set and decided to make the XF5U Pancake. I liked this version better that the 3-bladed version since it is bigger and more Pancake-y.

by Swift
S-X Sköll, Its name means "Treachery". Designed by Myst for testing with the Silentian Air Force. This aircraft is as elusive as it is deadly. 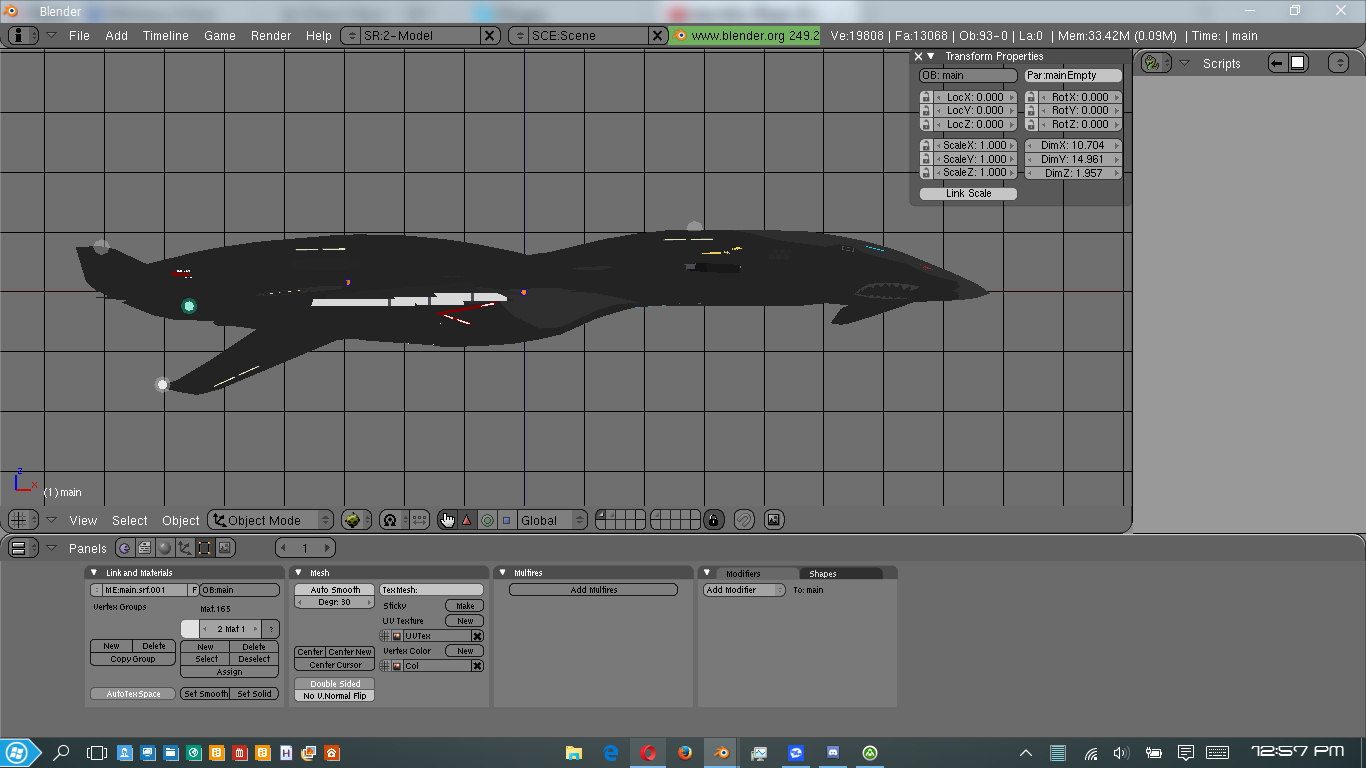 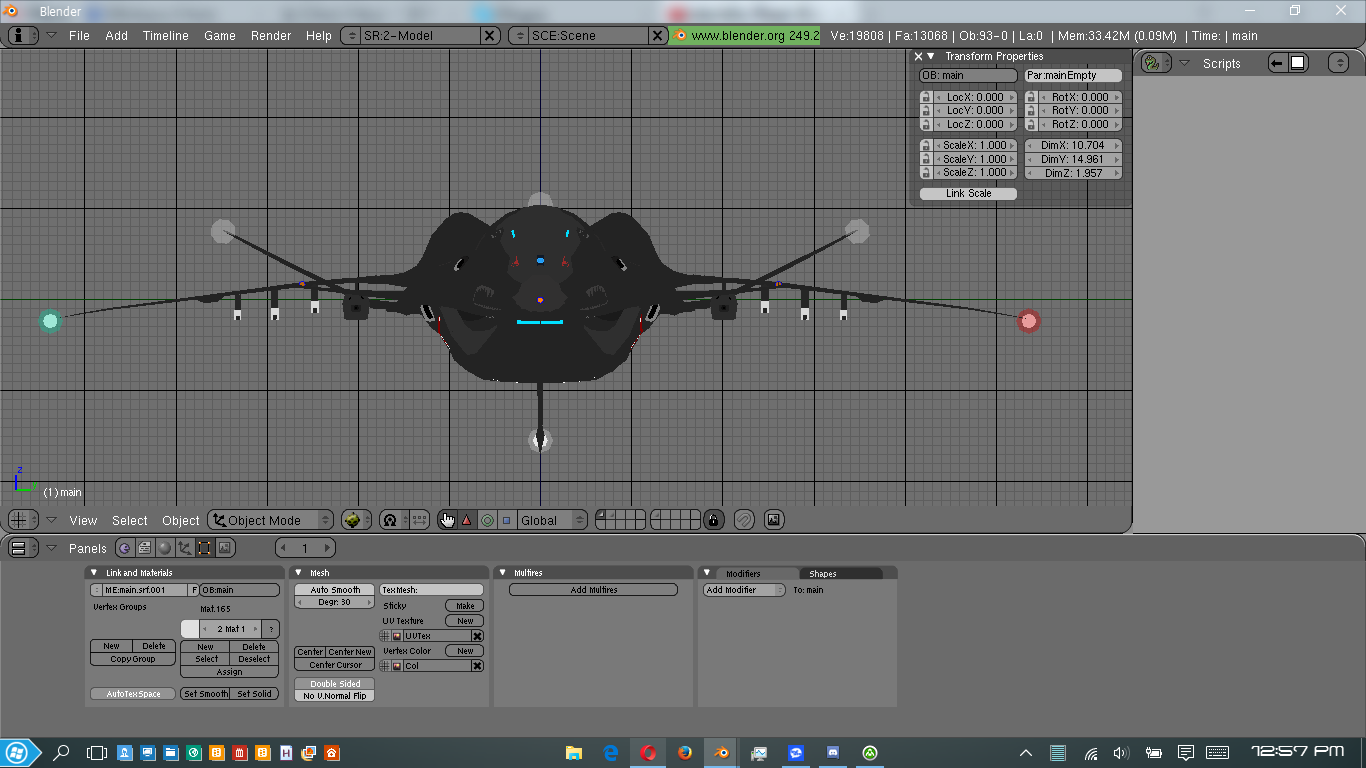 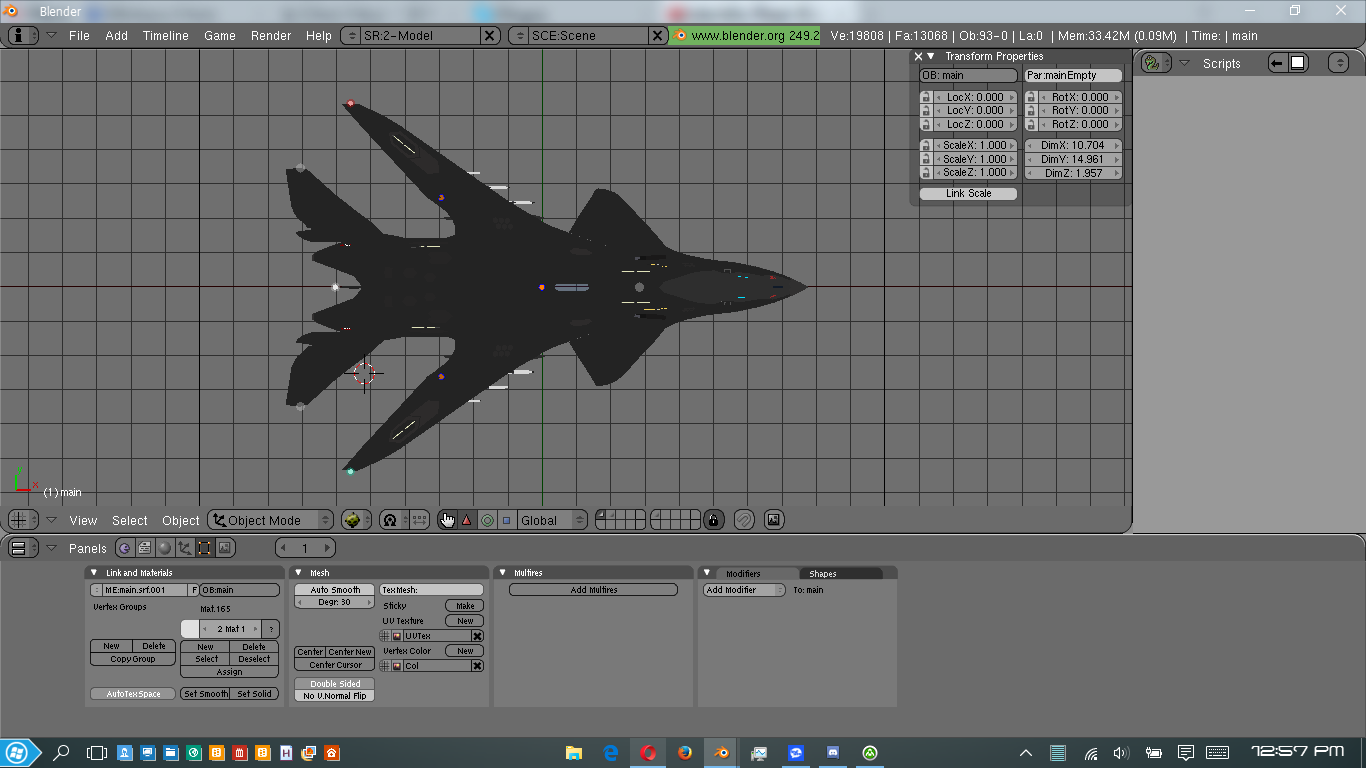 by Monoceros
It looks like a remora and a shark had offspring.

by KM6BZH
My new project, the XGAM, or the Experimental Gravity Assisted Missile, is in progress. This missile will be blue (so it's hard to spot), and will contain a fuel bomb about the strength of a 1000lb bomb (so 2x the power of 500lb bombs). This should be reasonable for any squad fighting (it's not overpowered).

by PilotC
Been a while since I'vs shown the work on the Oceanlake City map. Made another, this time, larger airport close to the city. Makes for some really interesting approaches.

Here is the suburb area, you can see some baseball fields and soccer fields, along with YS Flights most prestigious golf course! PS. Target all the way, no Wal-Mart

by Swift
The F-35F Strike Lightning, a two seat attack variant of the F-35C 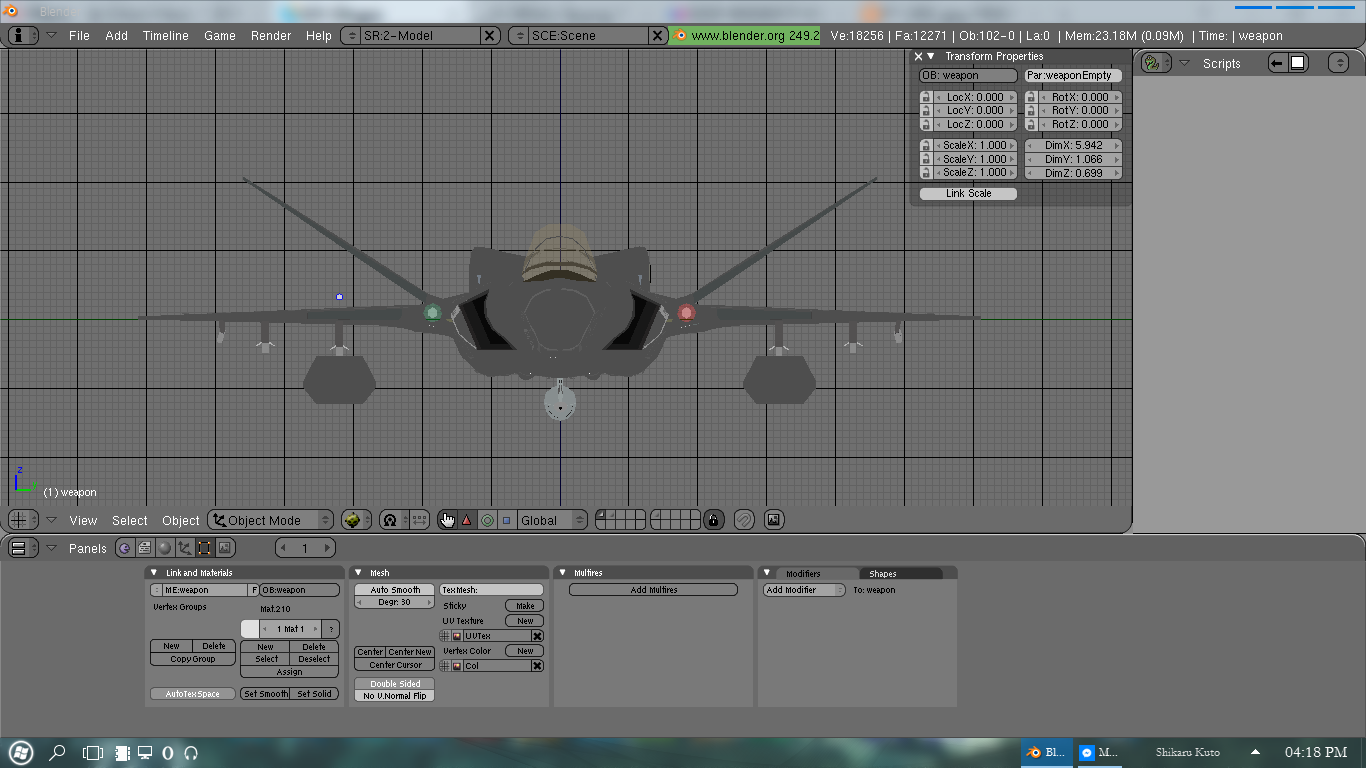 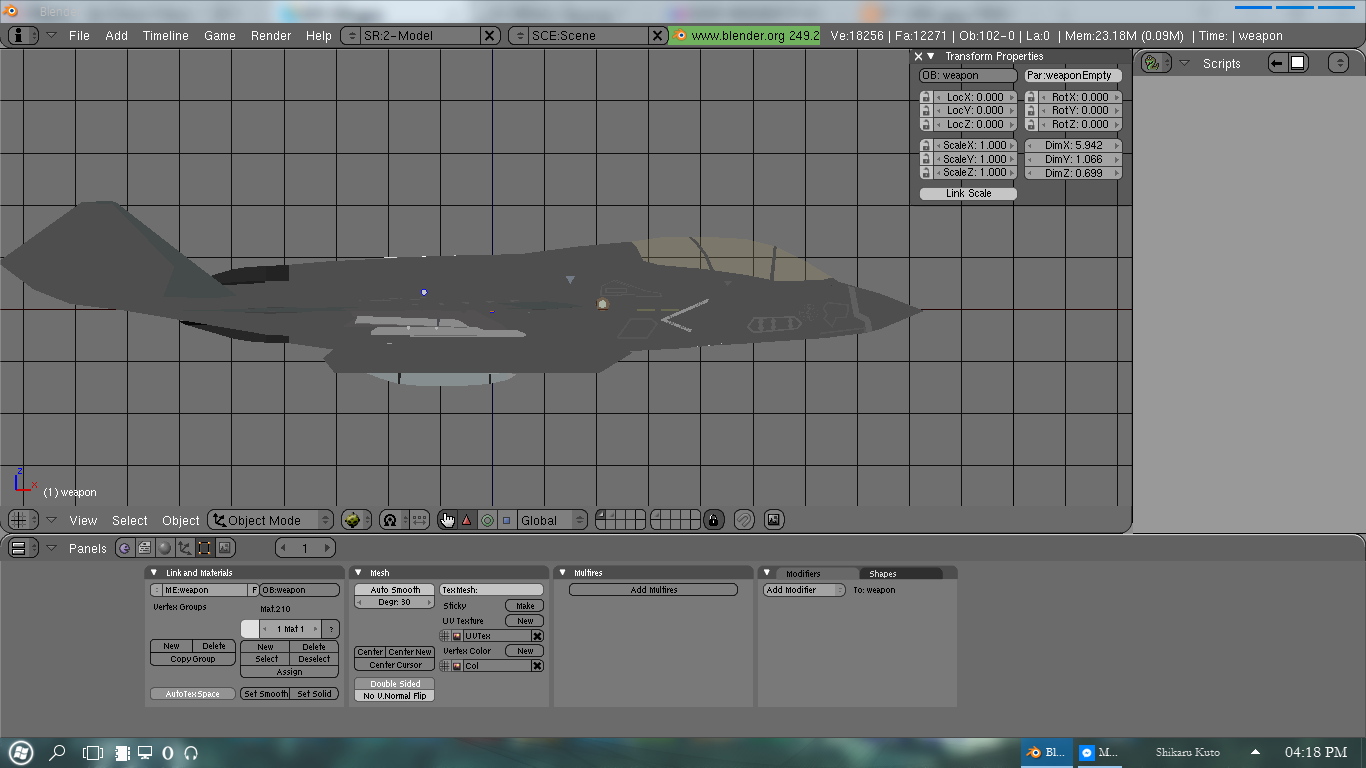 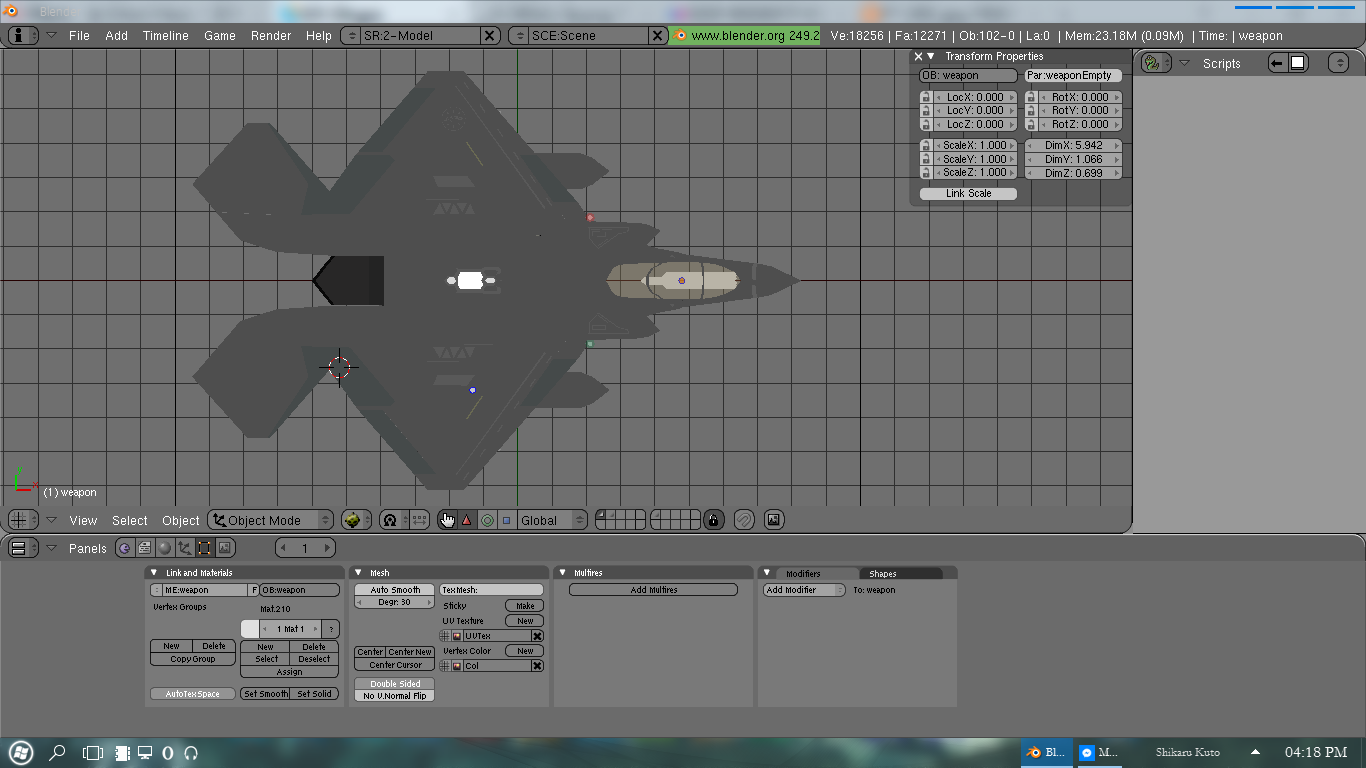 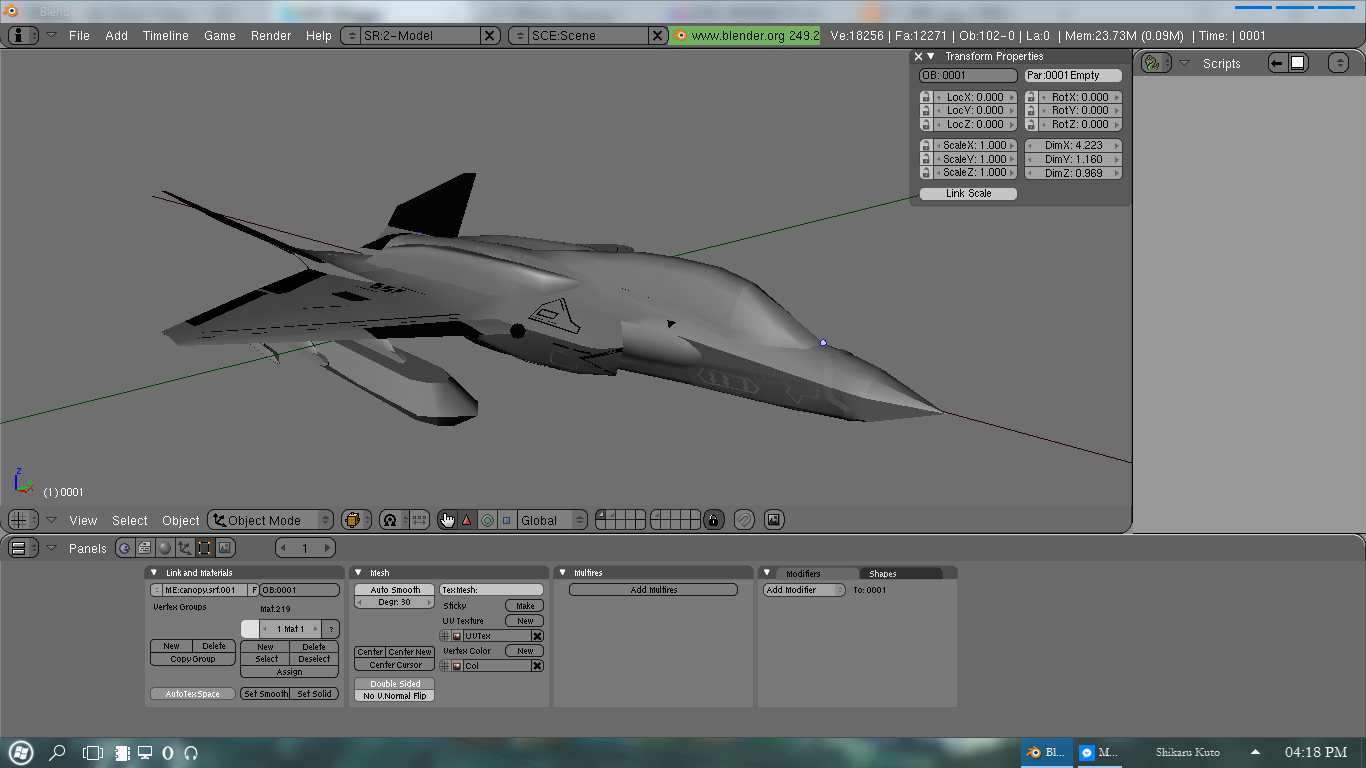 If the JSF and the YF-23 made a bad decision involving alcohol and Netflix.

If the JSF and the YF-23 made a bad decision involving alcohol and Netflix.

by decaff_42
C-Series Cockpit coming along! Still have the overhead and center consoles, chairs & side sticks to do, but I'm getting there! Not to mention the instrument displays! 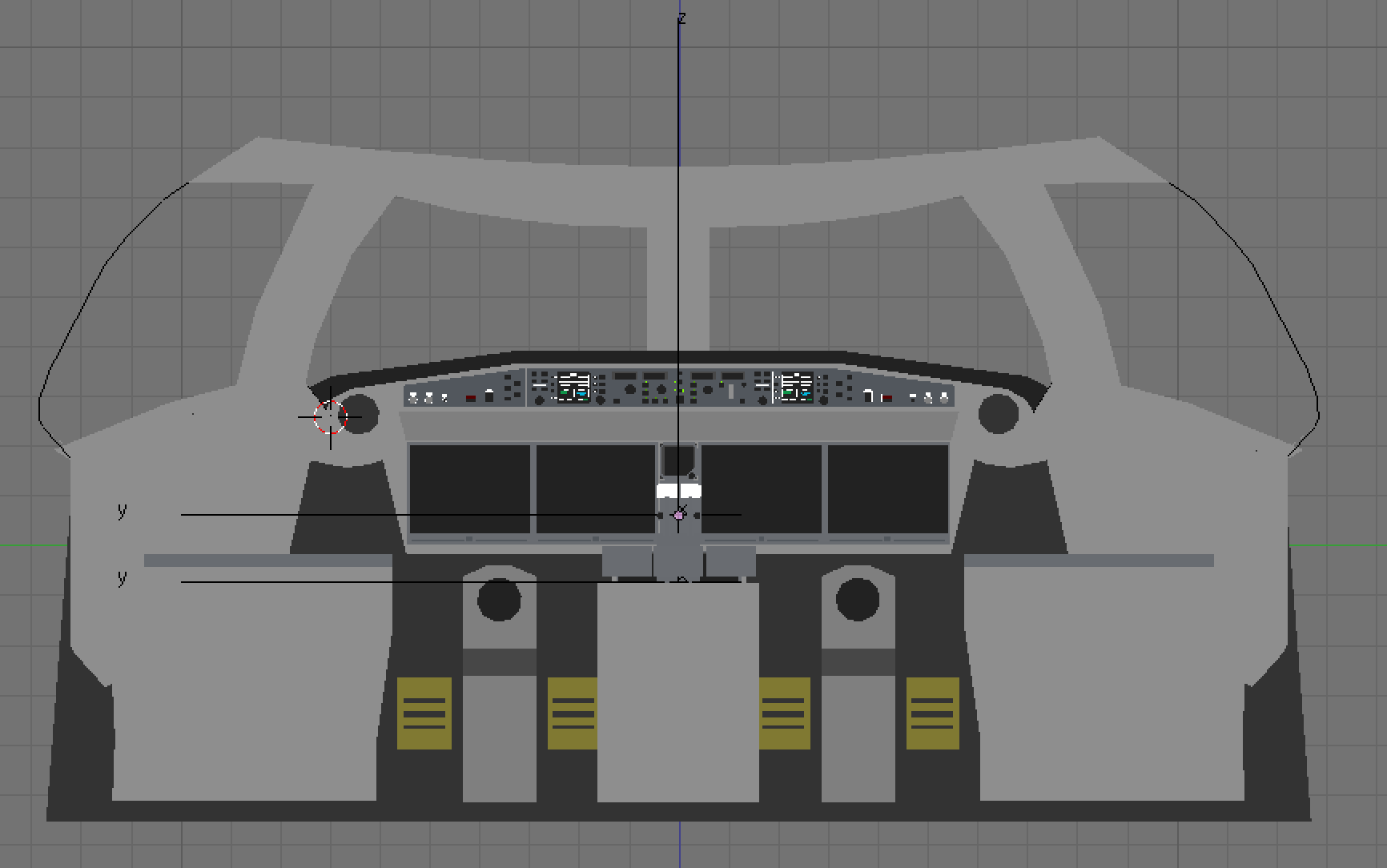 by Neocon
I'm looking forward to it, Decaff!

Tonight I tried to go to bed two hours ago but I'm too tired to sleep! So I spent some time working on the NCA fleet, mostly un-exploding the .dnm files. I have all models in the user/NCA folder finished, including the 'Ohana fleet. The user/neocon/NCA folder has a whole lot more planes, so it is taking a lot longer. I have a little more than half of the main NatComAir fleet finished, along with several Bush Frontiers models. I haven't touched the Classics fleet. I hope to have all models finished by May.

This has been ready for a while, and is just waiting for May to be released. I painted this model without exploding it from the start.

by Swift
Still very much a mess of parts, not counting the list of parts still needing to be rebuilt. She's getting there though, one little step at a time. 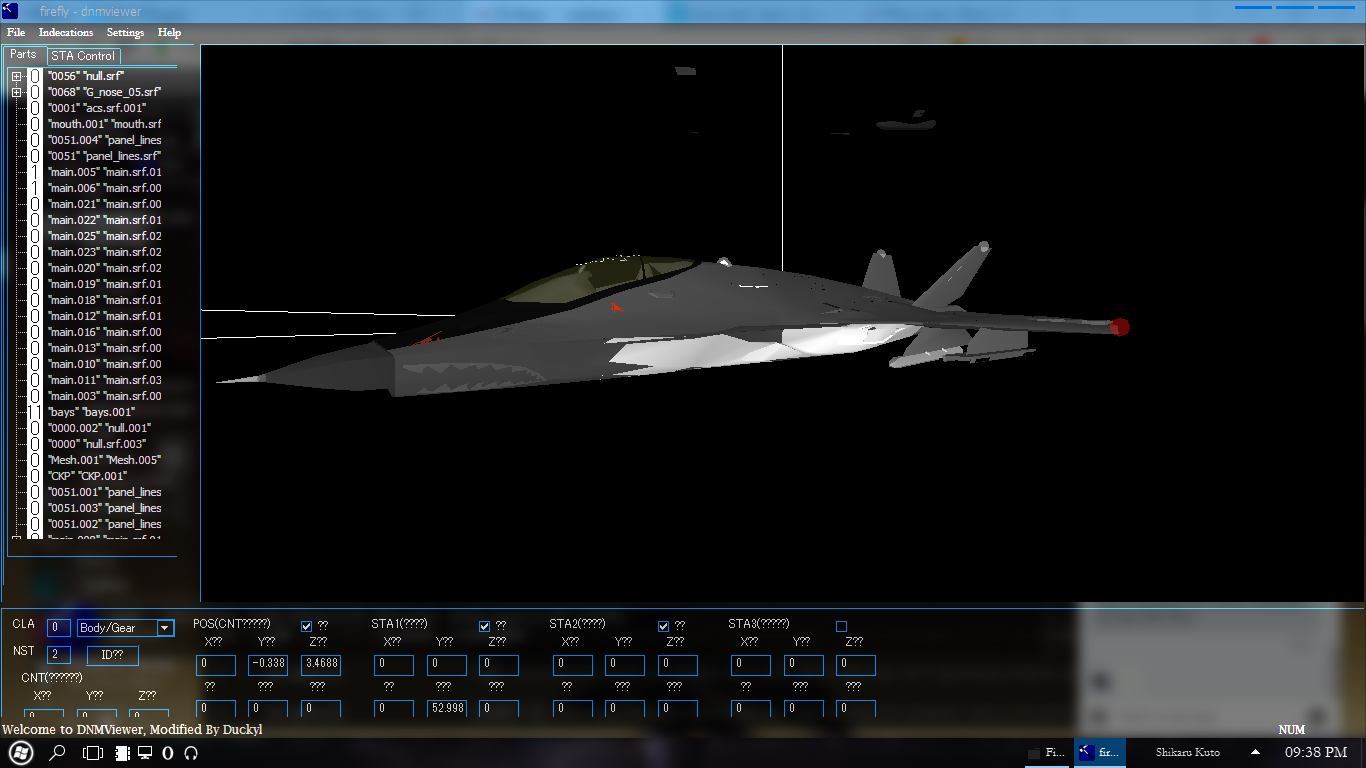 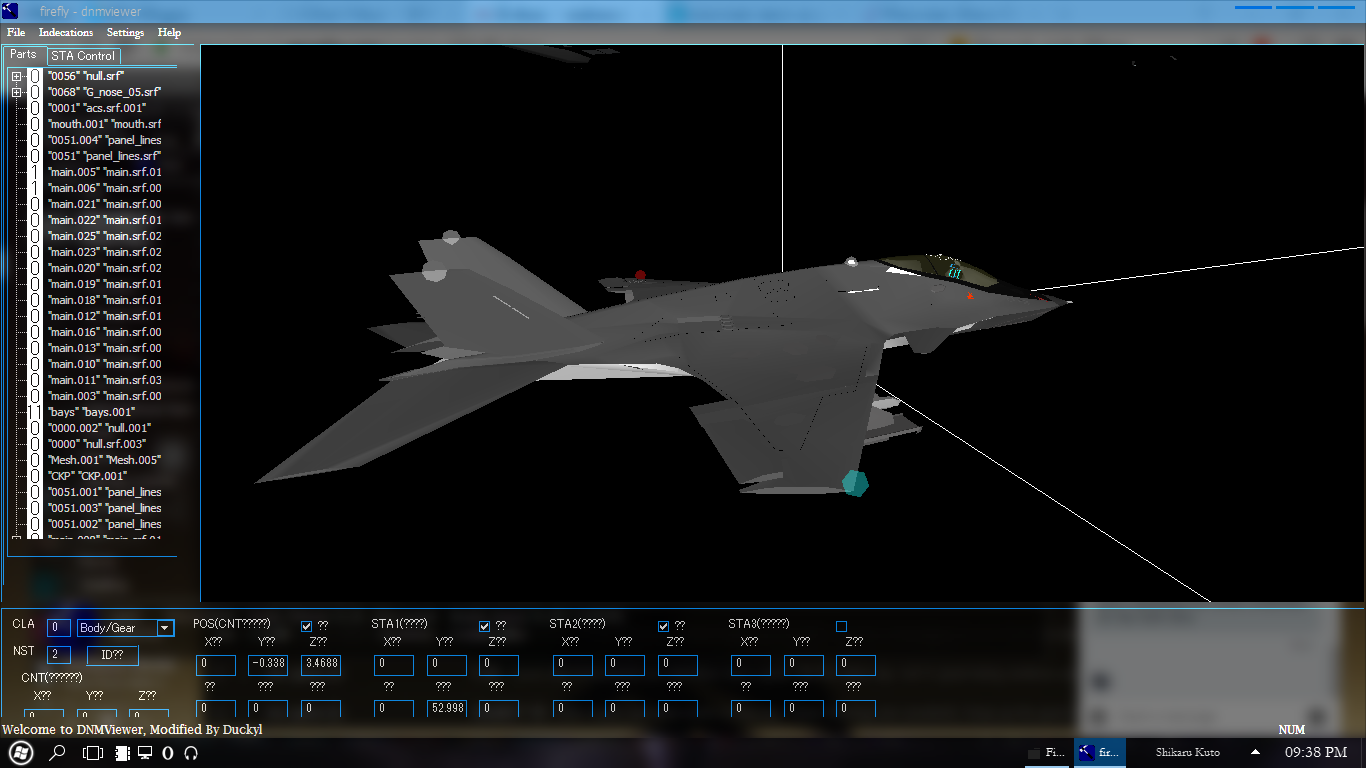 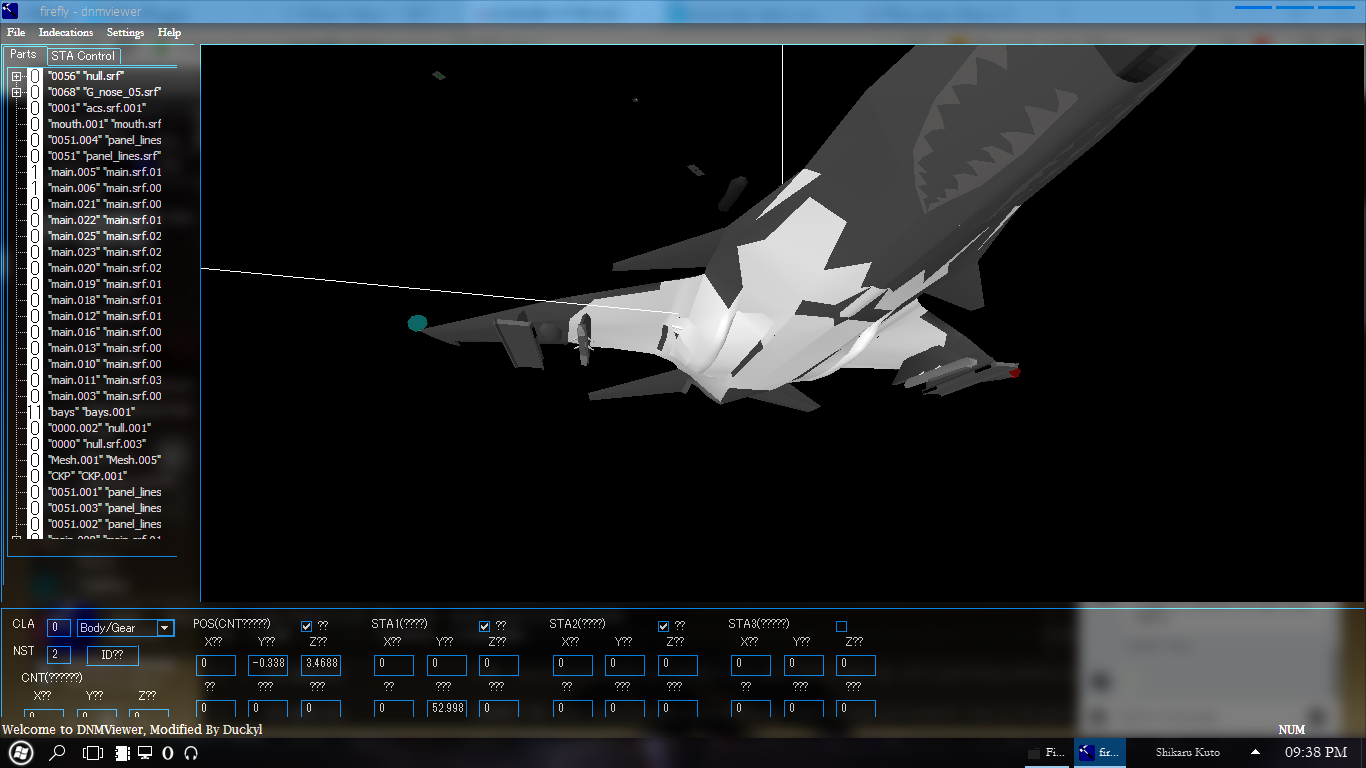 by Neocon
Swift, that is going to look amazing.

There is some visible evidence of my work un-exploding .dnm files in the NCA fleet. The lights! All lights are being "upgraded" to the style I used on the 31337th pack. They are the "light balls" that I have used for a while, with the addition of the star light in the centers. I've also been trying to make their positions more accurate, and I threw in the taxi/landing lights.

by lorDuckFeet
Work-In-Progress on B737 Classic Family to be launched as Version 1.1 (current 1.0)
Featuring the Boeing 737-200 made by TOP GUN CREATIONS using as base model the 737 by Takaty.
PAX and Cargo* paintings coming, as well (not confirmed) a simple cockpit like the 733. 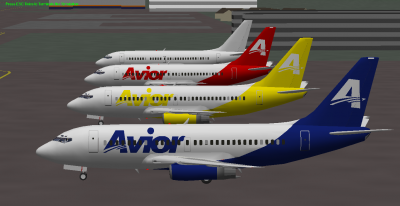 *The cargo model was modified by NajmiCreative of YSNajmiCreative Works, thanks for allowing me to do some paintings

by NightRaven
Ever since I enlisted, I've had hardly enough time to work on mods meaningfully.
Still, 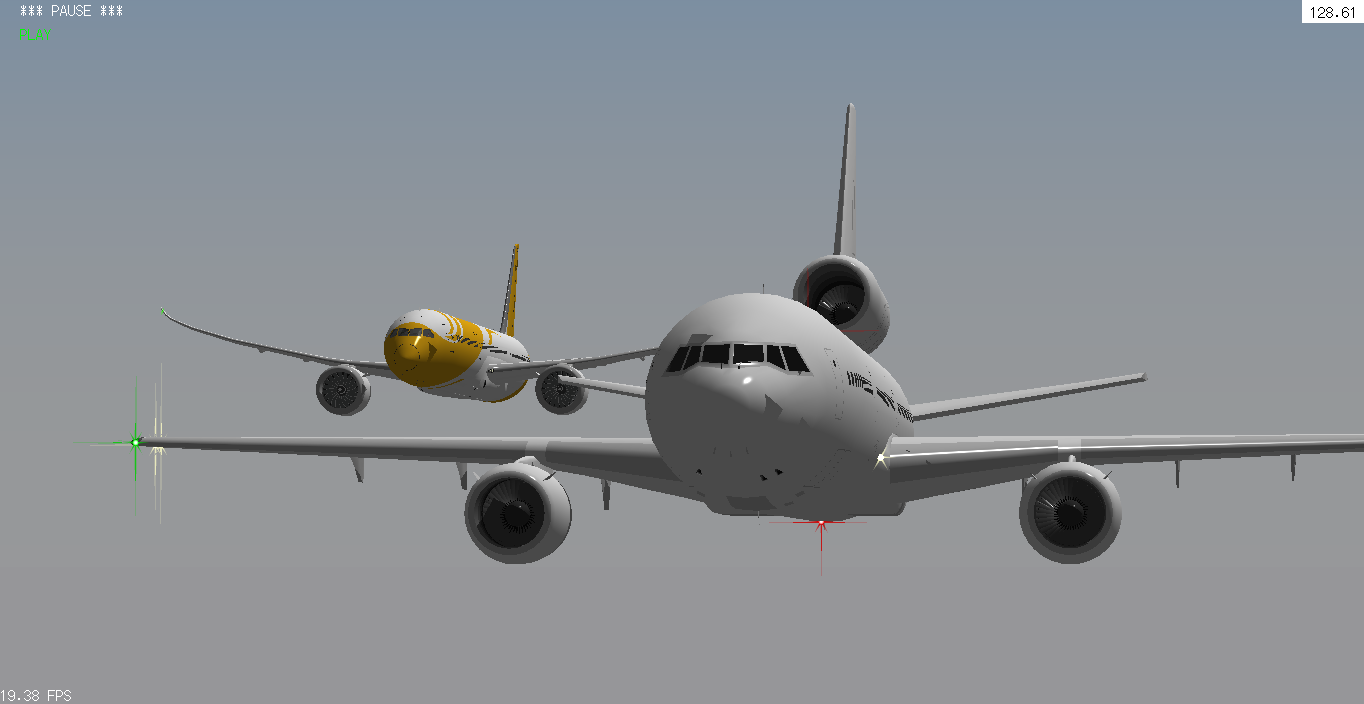 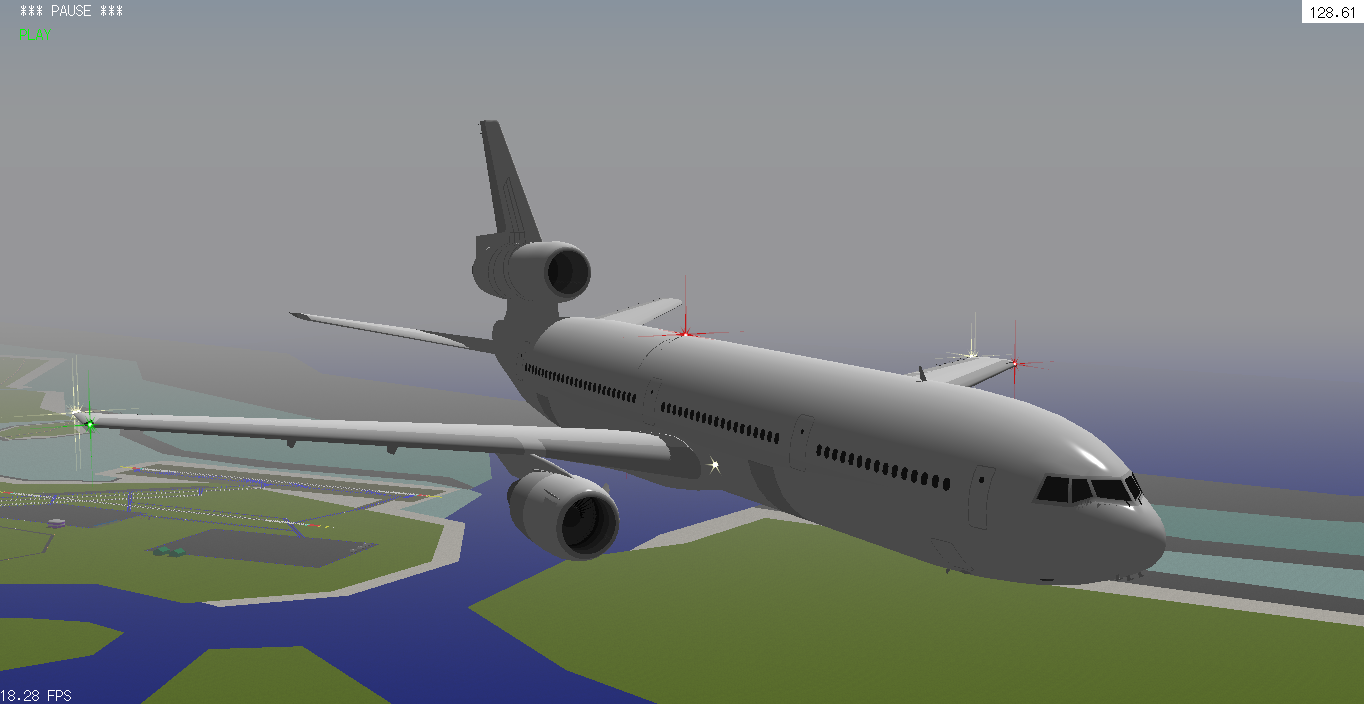 The DC-10-10 from my last post is legitimately done externally. The only addition from that post is the 3 CF6-6 fans, complete with 38 blades per fan. This has pushed up the vertex count to 58.5k vertices, while I have managed to keep the dnm size at 2.16MB. 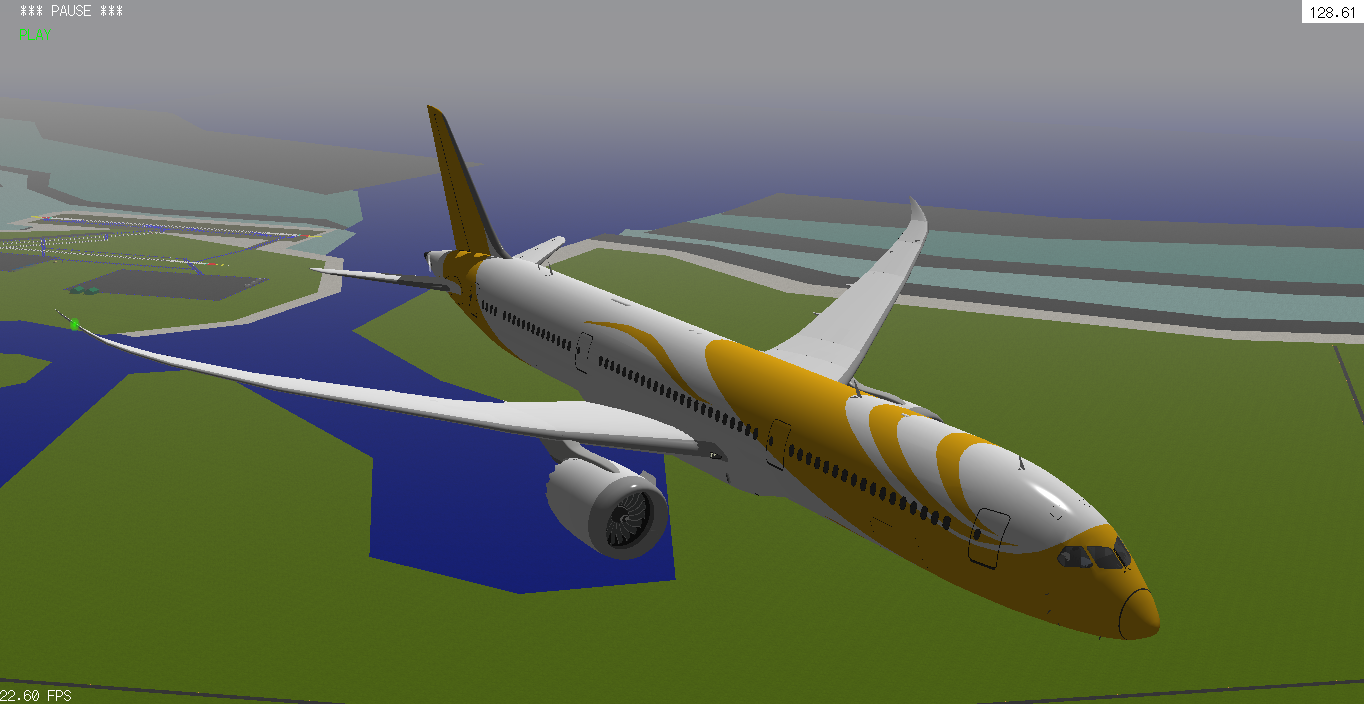 Since I cannot work on the DC-10 until next week (?), I have started this project since it is fairly highly requested, Singaporean and a repaint would be significantly easier to do than scratch modelling

I have yet to find the font required, while I am planning to rip the Dreamliner and RR logos from the other models.

All screenshots with the 2017 test version.

by Deleted User 1872
For anyone wondering on where my viper pack progress is, I currently have 12 of the 20/30 planned paints complete. I still have a lot of work to do including figuring out all the hardpoints for each unit, plus fixing some burners. Here's a few of em: 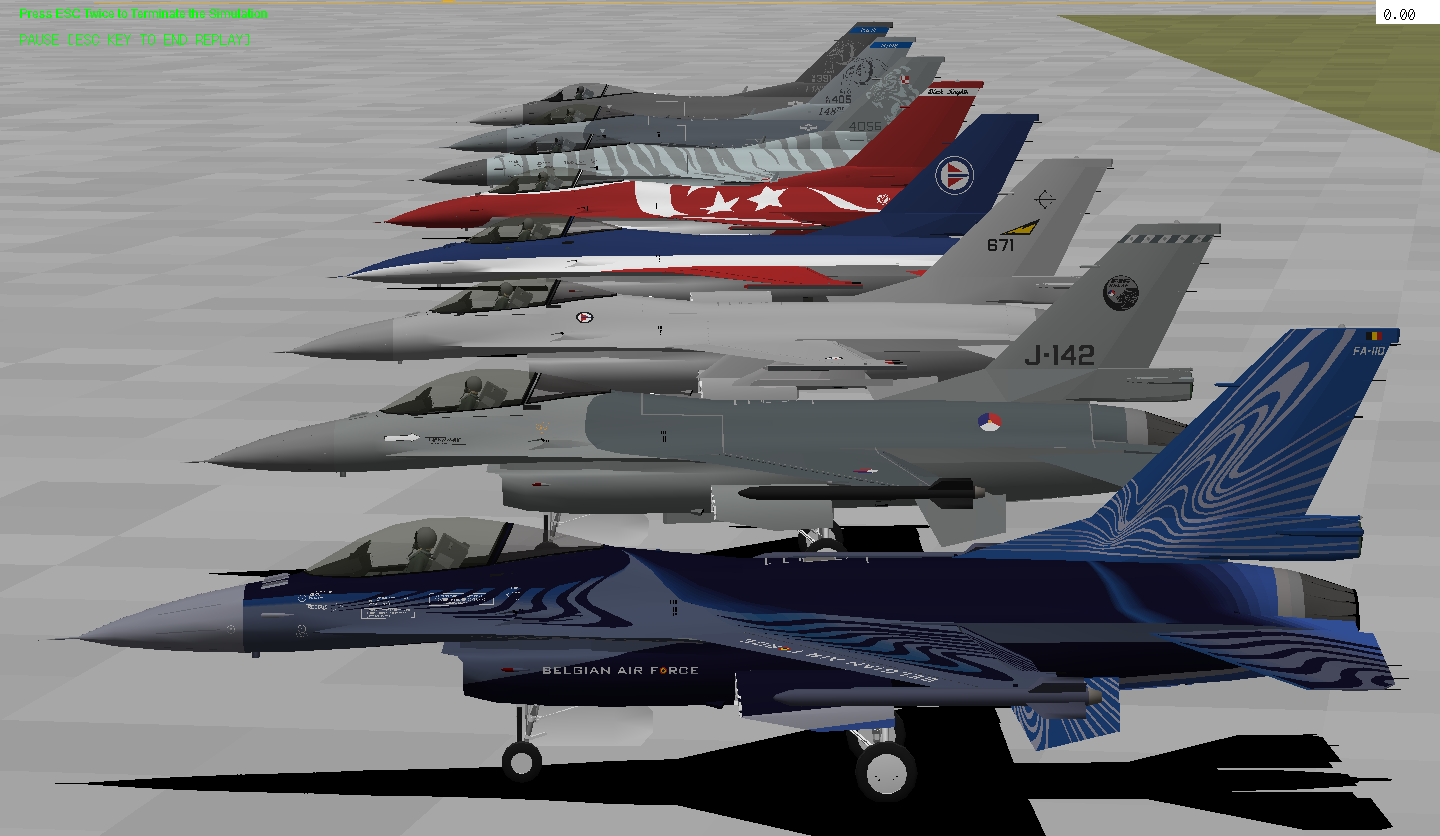 by Swift
Takes a plane old enough to be my grandfather to reignite my passion. 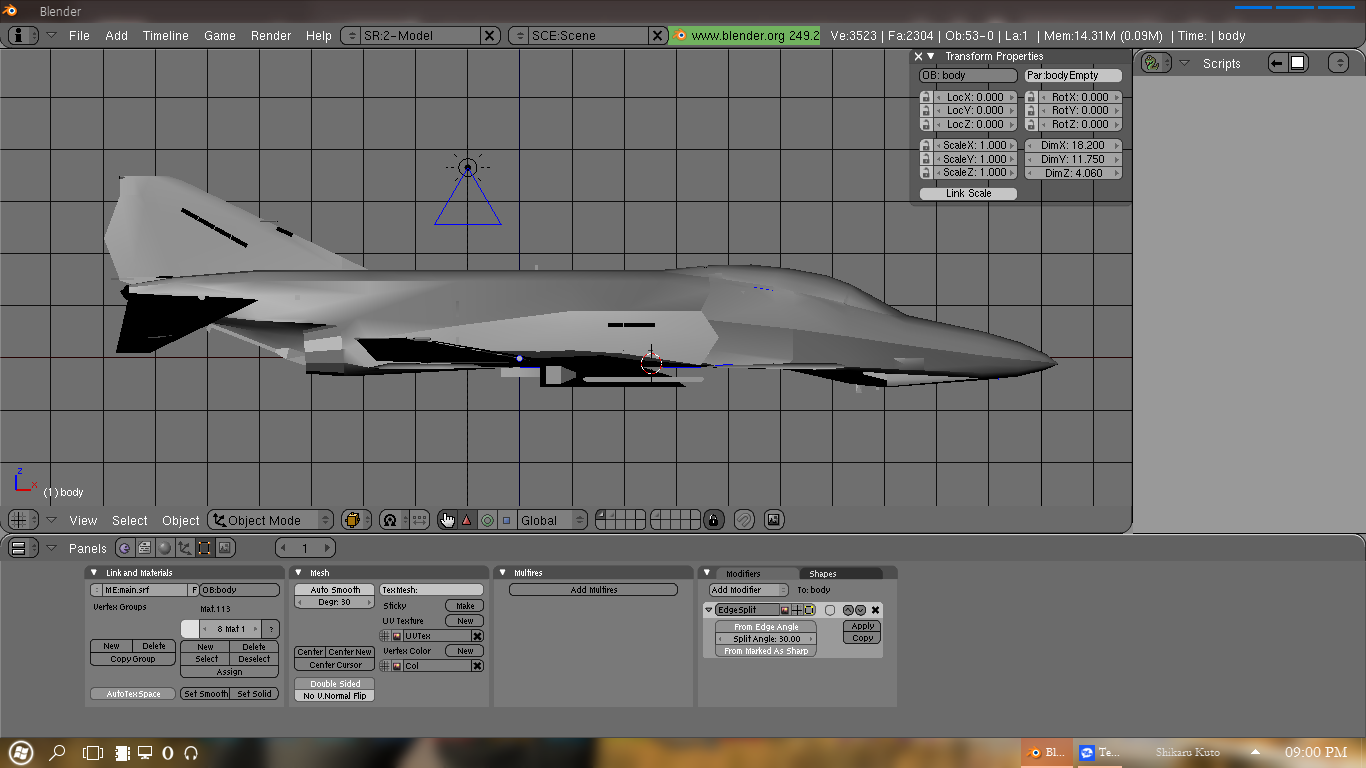 Still getting everything figured out but after a few days of searching for any kind of stealth upgraded F-4 without any luck I figured it's time to give this old warhorse a lovely face lift. 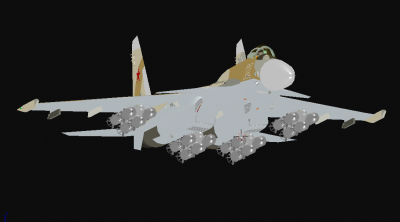