Watching linked video I think, is it a way to add sun & stars in scenery sky?
https://youtube.com/watch?v=D2gpz9iopMI 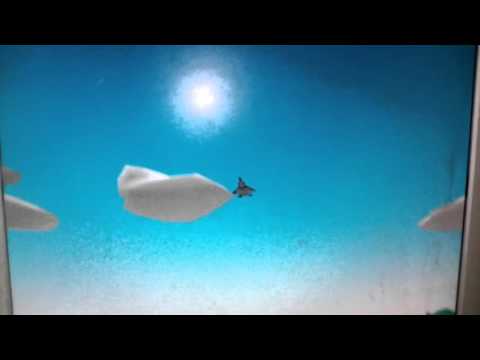 Stars have been done. They are actually very easy to make, simply using point arrays. The sun is nearly impossible to make as a ground object because of the limitations on how far a ground object will be visible. The only way to replicate the sun would be by having a lamp behind you shining a glare on the screen, as happened in that video.

The 49th Homebase map is a good example of star use, especially at night.