Hey no biggie. And thanks for the compliment!

So I spent a few hours getting frustrated with blender this evening. Apparently you cannot duplicate an object parented to an empty to mirror moving parts. (such as flaps) This creates a link between the two objects which messes up the .dnm file, crashing DNMViewer upon opening the .dnm file. I was able to get around this by simply exporting the unique animated meshes as an srf and then re-import them and mirror them across to the right wing.

I have decided against moving the spoilers with the flaps due to overlapping issues I've been having. It would have been cool to do, but reality has to be obeyed.

Now I have full flaps and wing flex motion, along with the rotating fans and thrust reversing on the engines!

I think my next work will be the gear doors or the tail animations, but I will be pushing this to the backburner for the weekend so I can rest up and recover my strength for finals week.
Check out my website YSDecaff for all my tutorials and addon releases.
Visit by Bitbucket page for Python codes: https://bitbucket.org/decaff42/

Can we rename this topic from "Decaff's Garage" To "Decaff's Aircraft Production Line Inc." ?

Welll....Those interference issues apparently only applied to the inner-most flaps...Say hello to Flaspoilers (Is there a good name for a flap and spoiler combo??) 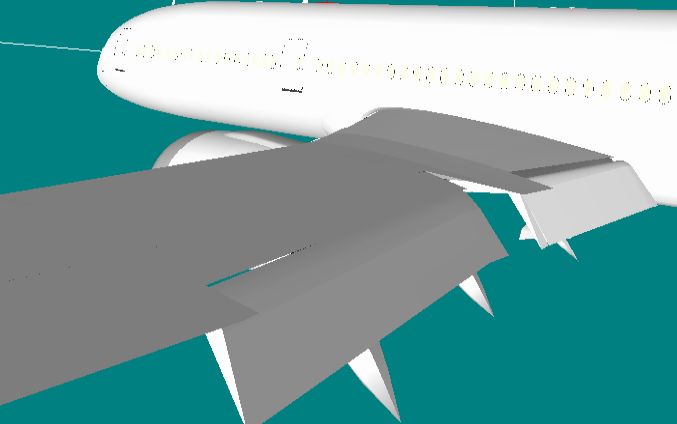 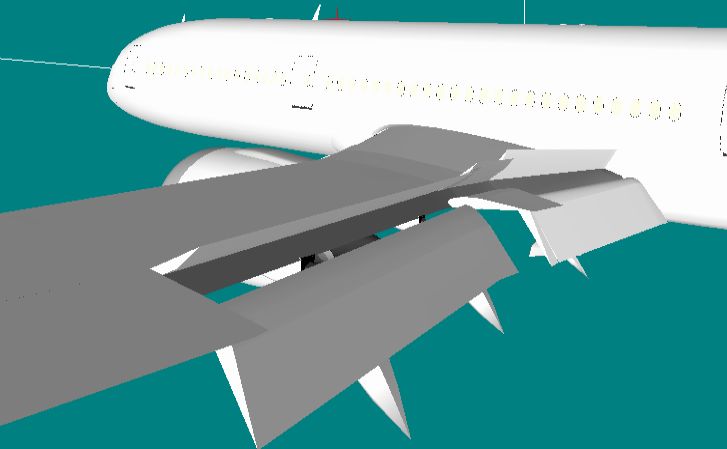 With my current computer woes I am using campus computers and when working on my computer, watching the CPU temp like a hawk. I was working on this at 60-70°C, look away, look back and my CPU was 97°C. Scrambled my entire air wing (read forced my fans up to max RPM) and only managed to get the temp down to approximately 85°C.

I am just about done with this blank in terms of animations (sans landing gear) so I may just leave it as is for a while and turn to decal requests and finding references for a few nice 787 paints. (I'm thinking around 5) and then perhaps stretching and shrinking to fit the rest of the 787 family.

Then I get to do DAT work. Should be fun all around, but finals then interviews first!

Well I spent an 1.5 hours at the app store, and things seem to be running a bit cooler, so I will have to run a series of tests this Christmas break to see if I can isolate the problem to external hardware, or if it is indeed on my computer. The next thing to do after that is pretty much to wipe my computer and set it up from a backup that I have. Would rather avoid that...
Check out my website YSDecaff for all my tutorials and addon releases.
Visit by Bitbucket page for Python codes: https://bitbucket.org/decaff42/

^Are you talking about the inner aileron acting as a spoiler as well? That would be a spoileron. Of course, the spoilers that move in tandem with the aileron (for roll control) would be kind of like spoilerons as well. They are air brakes of course, but then combining air brakes with the word aileron would probably result in air brakeleron. I hope that wasn't too confusing.

A little side project for the long-term.
Check out my website YSDecaff for all my tutorials and addon releases.
Visit by Bitbucket page for Python codes: https://bitbucket.org/decaff42/

Tell me that's a MAD DOG!!! I love this bird so much. Flown on them several times (88 and 90) and see them every day as Delta departures and arrivals into KDAB. Next best thing to watching a fighter jet takeoff haha. pardon my excitement 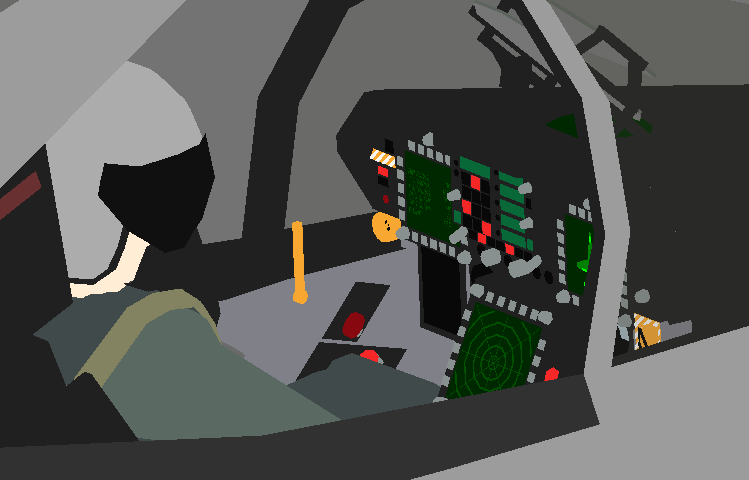 List of Updates:
Umailbow's F-15 Afterburner & Modification
YSAAF F-18, Gear, Tail hook & Cockpit from my aggressor hornets
Added Details for intake Warnings
Modified the canopy to match the new cockpit.
Check out my website YSDecaff for all my tutorials and addon releases.
Visit by Bitbucket page for Python codes: https://bitbucket.org/decaff42/

Rhinoes? Dreamliners? Is that an MD-80? When they all get released... 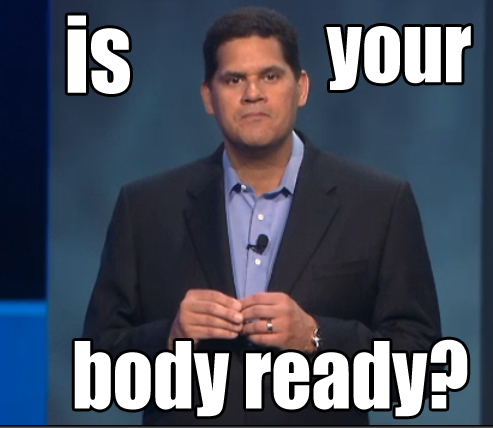 Worked on the 787 for a while today, just adding some color to the flaps and ailerons. 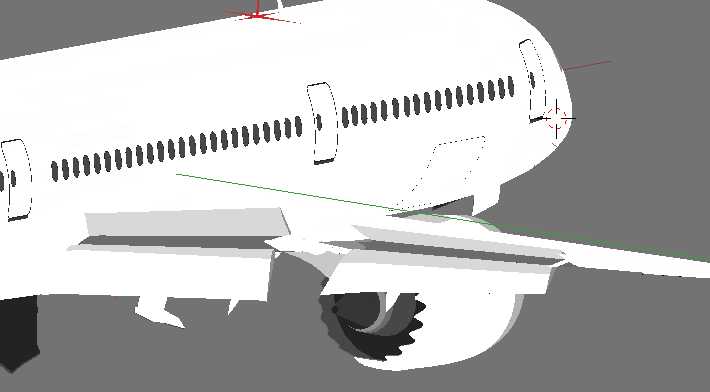 Judging from the size of the engines in that screenshot I'd say that's an MD 90.

And nice work on the 787!
Hi! I make average, undesirable, boring grey maps for YS Flight!

Well, I am glad that you all thought it was of McDonald Douglas fame, and you are correct in that respect, but...wrong on the rest. 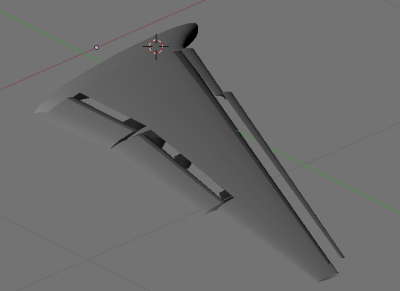 I nearly cried when I saw the 'airfoil' the original wing of this model was shaped with, so I went out in search of a DSMA-433 airfoil. Come to find out that there is zero...i mean zero information about it, not even a picture. In it's place I used a DSMA-523 airfoil which I assume is pretty much the same, but a little thicker and perhaps has a little difference placement of maximum thickness.

As you can see I have cut out the flaps and slats, and I re-did the flap movers with fewer polygons.

The flaps are actually not split like that though, the trailing edge of the wing is just one continuous, straight edge. Here are some resources:

Thanks for the references! I have been able to work on this some more today and basically have been focusing on blanking the model and removing old cuts and vertices. Then I can get in and work on the flaps and gear bays and whatnot.

You can see the difference in the wings between what came with the model and what I'm putting in: 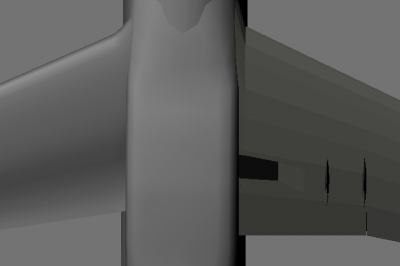 Added in some color and cleaned up the windows and basic door lines.

RE-did the flaps, the ailerons and decided against cutting the trip tabs into the ailerons. Instead I am using panel lines. You can see the panel lines in the image below.

I have also cut out and paneled the thrust reverser.

YSFHQ's gunna go into chaos when you release those. Nice work.
CVW-171st - VFA-165, The Highest Pilot in YSFlight.
Formerly known as Killerdeck/KD
.
Top

If my chaos, you mean rapid downloads, then I'm all for it!

When I found a holy grail of airplane information I also found a previously unseen angle of the underside of the 717 wing, leading to a change in the flap near the landing gear.

I have since finalized the landing gear and have all the mesh except for the nose gear doors finalized, or nearly finalized. 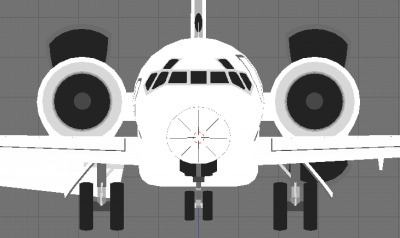