Orbis Flying Eye Hospital done, which was originally supposed to be the last -10 scheme, until I realised there were the AA, Pan Am and Air Tanker schemes... 
Gunny wrote:Its pretty cool what OpenGL2 can do to airplanes.But none the less vary nice work.

This isn't OpenGL2.0, in fact my computer can only support up to OpenGL1.4.

/offtopic
Can anyone access the thanklist or thank anyone for that matter? I can't seem to do so.

Who says YSF is a low-definition flight simulator?

This isn't OpenGL2.0, in fact my computer can only support up to OpenGL1.4.

I think Gunny was referring to the reflections on the aircraft skin, which is very similar to what you see in Open GL 2.0 (I thought it was too). If that's not Open GL2.0, *mind blown*.

But really, its looking good NR.

by Welshy
I'm guessing that you mean Omega instead of AirTanker

by NightRaven
I posted this yesterday...
I was hinting the new Orbis scheme, changed in July of last year. It is still the same aircraft with the same registration, but this one was much harder to make as there are curves on the tail as the organisation logo. As the tail and rudder on this aren't high-poly, the curves were difficult and fiddly. But it is truly satisfying after a few days of work.


Welshy wrote:I'm guessing that you mean Omega instead of AirTanker

No?
I've already made the Omega Tanker here. When I referred to the Air Tanker, I was referring to this, the one that fights fire.

by Welshy
Ah the Tanker Air Carrier, my mistake

, being too British lol

by Dan
Those are looking great Night Raven.

by NightRaven
I have 2 weeks off from work, so some of you might have seen me more often on the servers these days. In fact, for some reason I'm 2nd most active flyer this month, without even trying. Is that a good thing or a bad thing..?

I haven't modded much either, due to myself flying more often and also taking care of my disabled grandfather.

Only thing I've done so far are the Pan Am schemes. 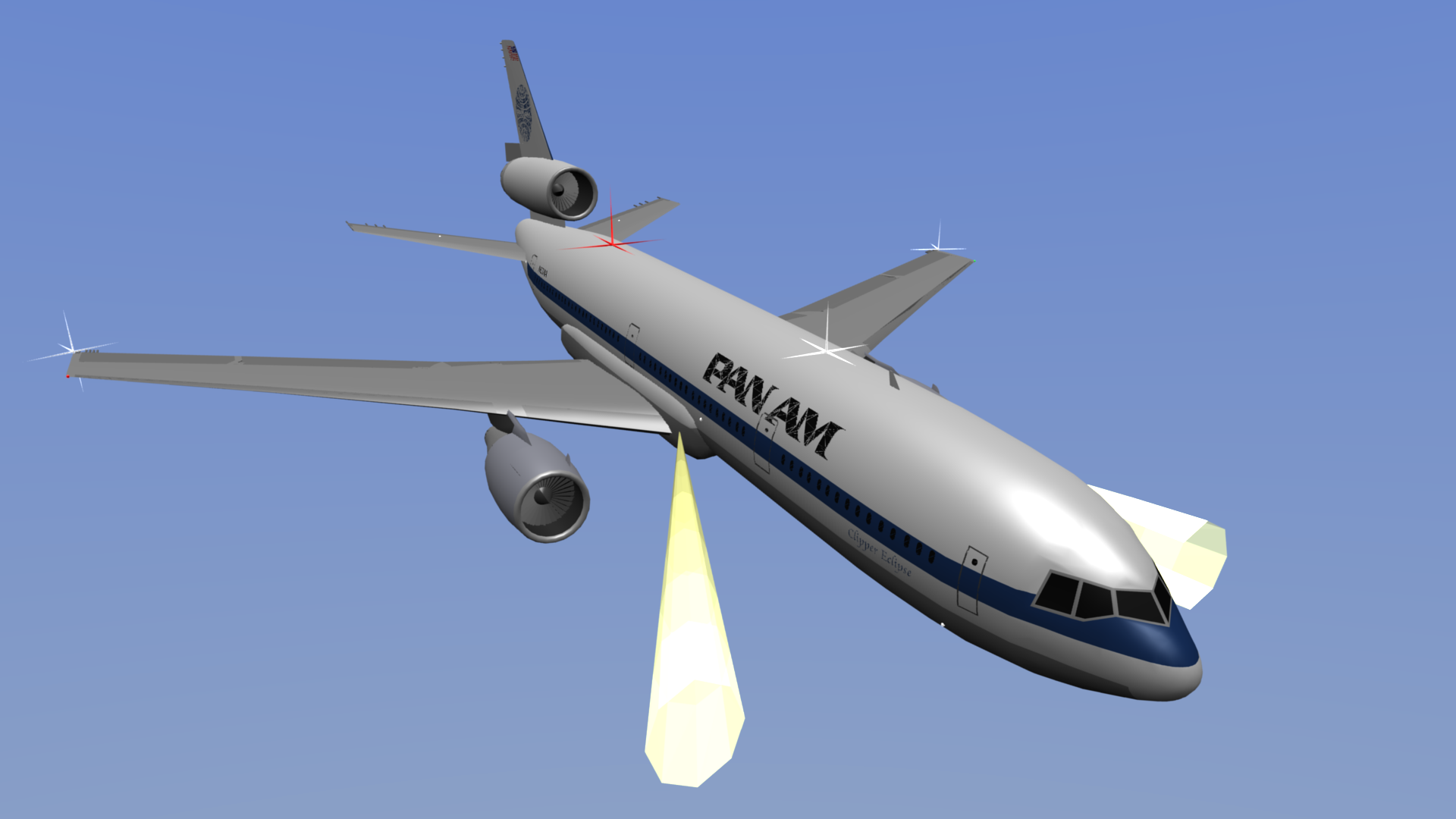 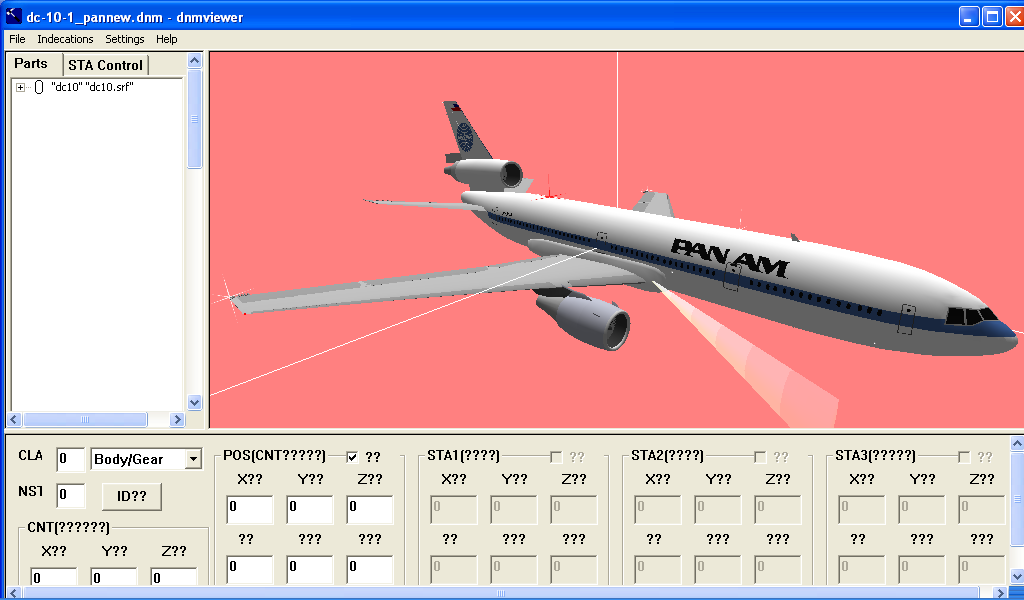 Both of these are the same aircraft, N63NA. Better known as Clipper Eclipse.
However, I need help with these aircraft. One is older and one is newer, but I am not entirely sure which is which. I guessing the former image is the older one, but I am unable to confirm. Also, on the latter image, I cannot find where to put the Clipper name. Most of the images that I have found are low resolution, and while Wikimedia has a decent quality image, I cannot find the Clipper name on this.

by Gunny
Only one side. 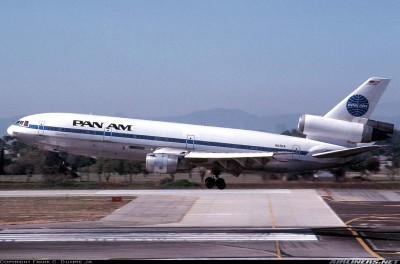 by NightRaven
American Airlines scheme done... then one more scheme to go... and then the cockpit. 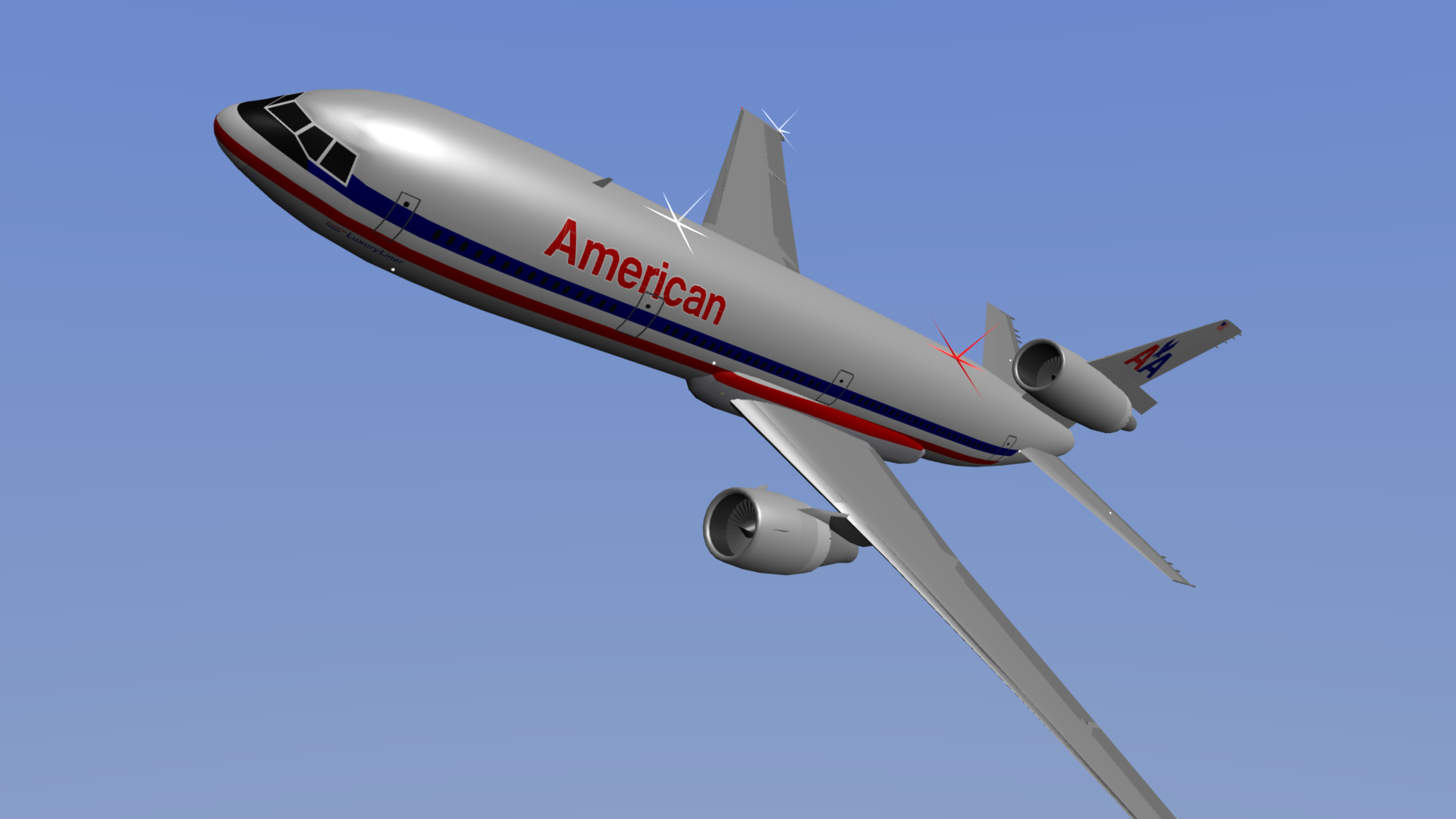 Also I have been cleaning up the HQPGAC MiGs, starting with the MiG-15. I've given it new panel lines, new gears and a new .dat. I've also converted the GAC MiG-15UTI for this. Luckily the panel lines were reusable. This 15UTI is designated SBLim-2, as it is Polish. 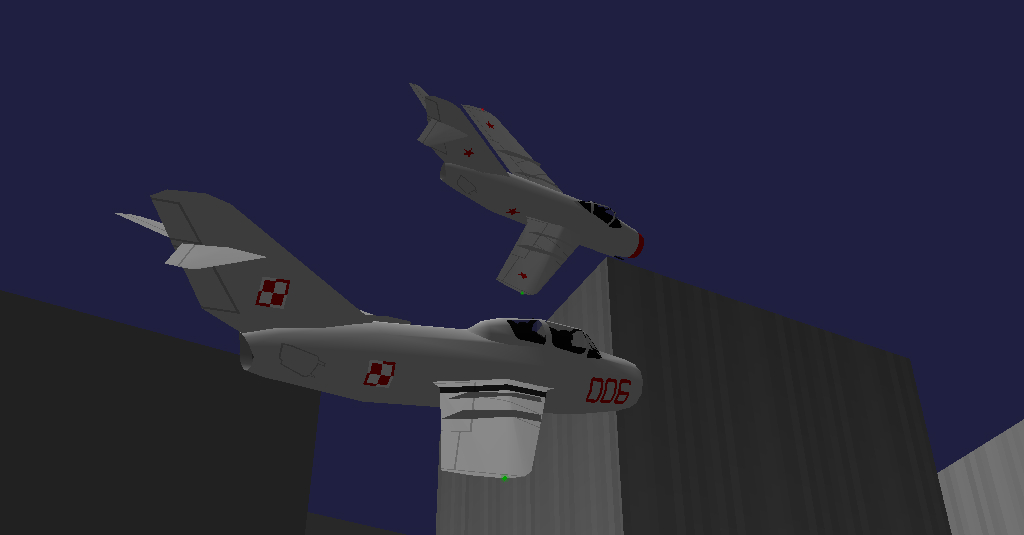 wat
I don't think that is the case. Many images of Pan Am aircraft have the Clipper names, and if the names were really only on one side, it would be sheer luck that every photograph would be of the side with the name.

btw that was the reference image I used while painting it.

by Gunny
I looked at both sides of the same A/C but I could only find this one that shows the position of the clipper name the left or port side.But if it is there and I couldn't see them it would be symmetrical to the other side just flipped so it would read properly.

So I tried to juggle school and work last month, when school finally started. However, with both commitments, I was unable to have any leisure time, much less modding time. Hence, I didn't touch the DC-10s for a whole month. Unfortunately, I began to lose interest in the DC-10s (given the large timeframe of not doing anything on it) and also I found some major errors in my cockpit model. Due to these cockpit errors, I would have to re-align the center console's levers which are built into the DC-10 dnm, but I knew that re-importing every single dnm just to do that would be too time-consuming.

For now, I'm suspending development of the DC-10s until I can get a better computer. I apologise for causing a little hype for them, but I promise I will release them sooner or later.

But even then, that doesn't mean I haven't done any work. 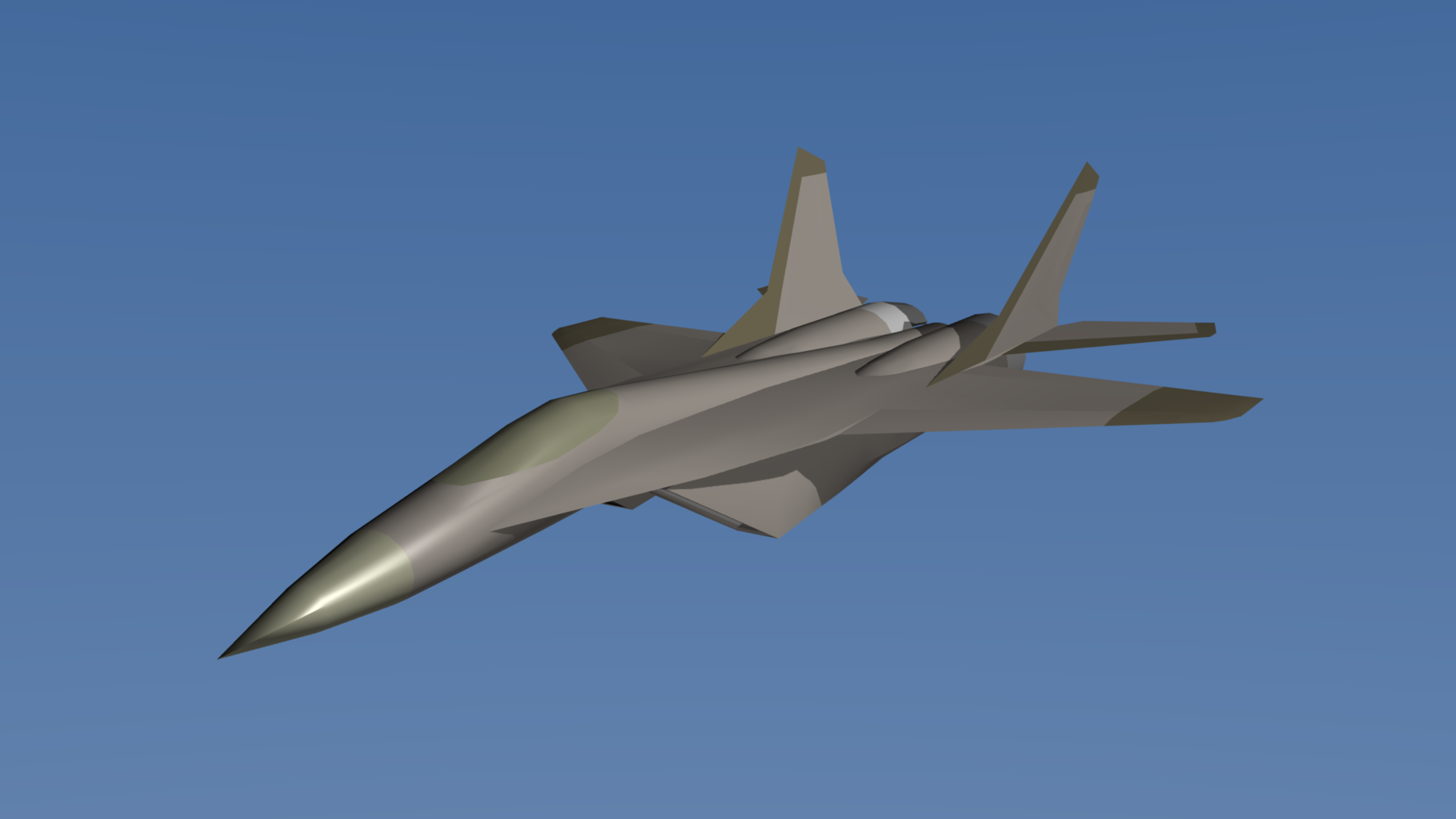 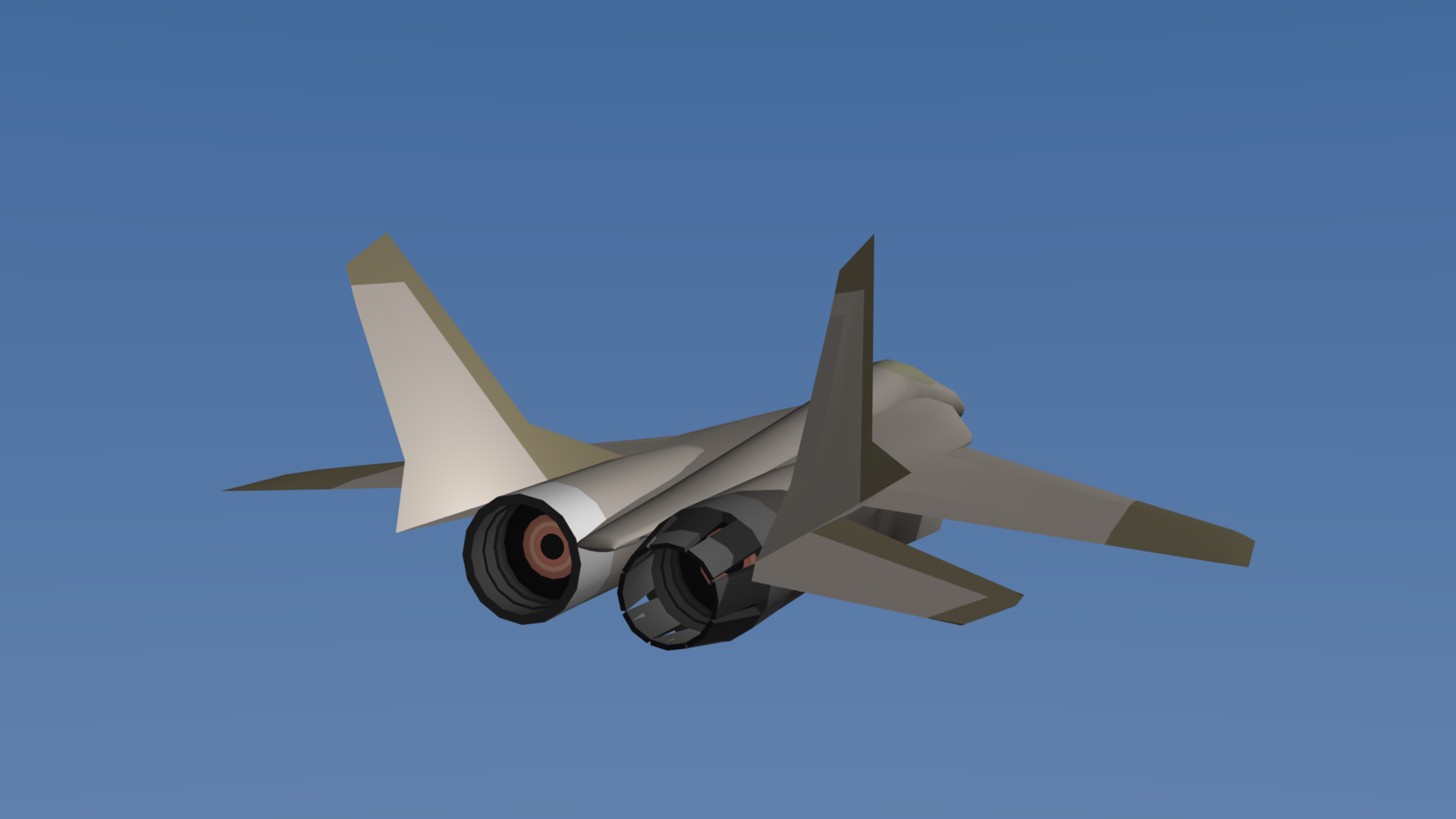 by NajmiCreative
It almost finish for the DC-10 project,Nightraven....so please finish up quickly......

Been struggling in school lately, trying to catch up with homework and lessons I missed while in Malaysia for 清明节, and also being a fairly socially awkward penguin. As such, I didn't have much time to mod. Buut...

I got a new computer, as I have said in the screencaps section, a Lenovo U430p.

Works fairly beautifully, and is able to handle YS and TS together (at last). Import times for dnms have also drastically reduced, so I was fairly eager to get back to modding on this new lappy. Transferring files from my old lappy to the new lappy was an issue, along with my usual hate for Windoze 8.1, but I figured I had to live with it. I have pretty much replaced the Tile Start with a classic 7 Start menu, plus fiddled with the system ownership and registry, so I'm quite satisfied with it now.

So when I finally had the time to mod due to Good Friday, I just spent quite a few hours getting the MiG-33 improved. 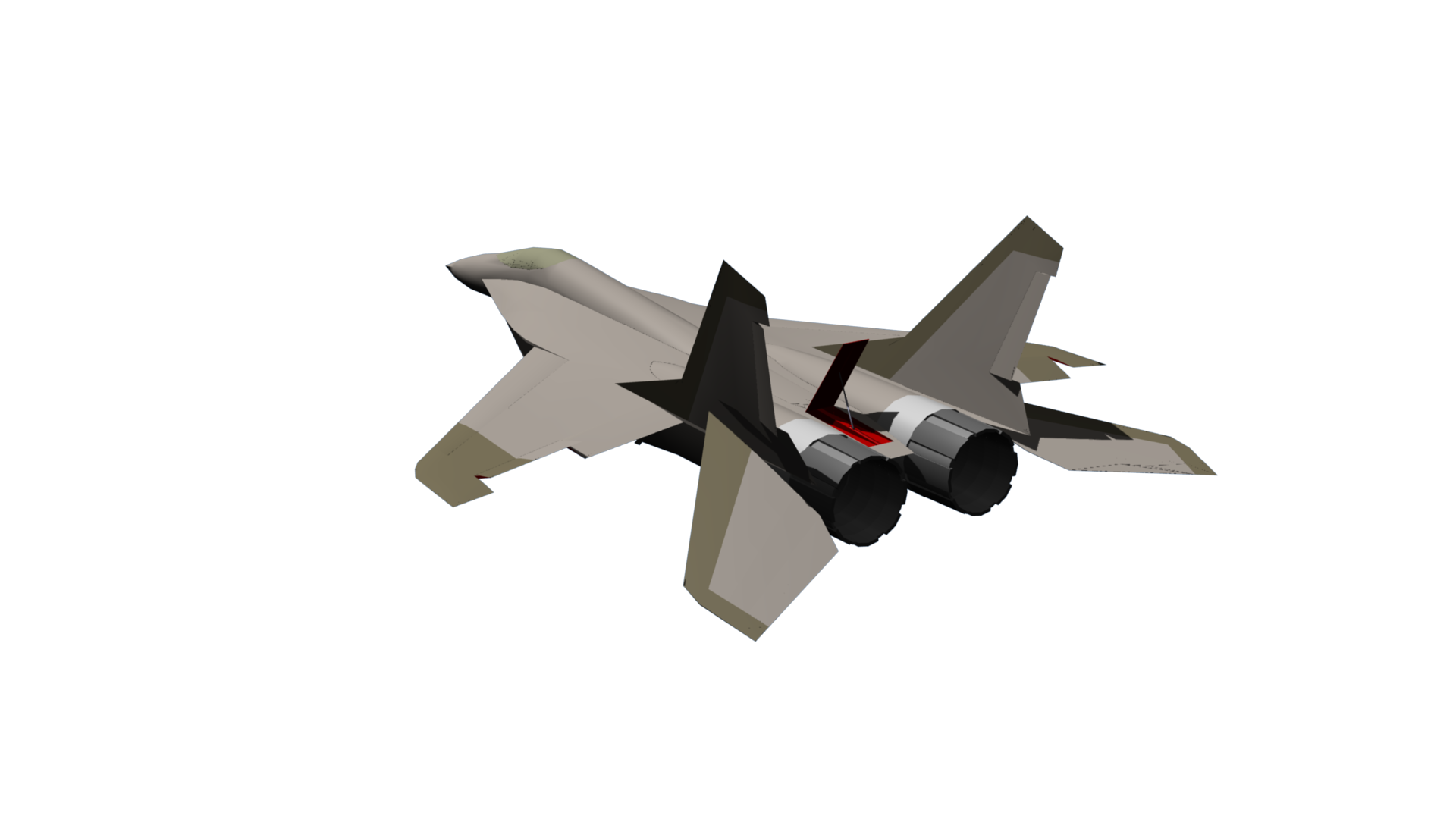 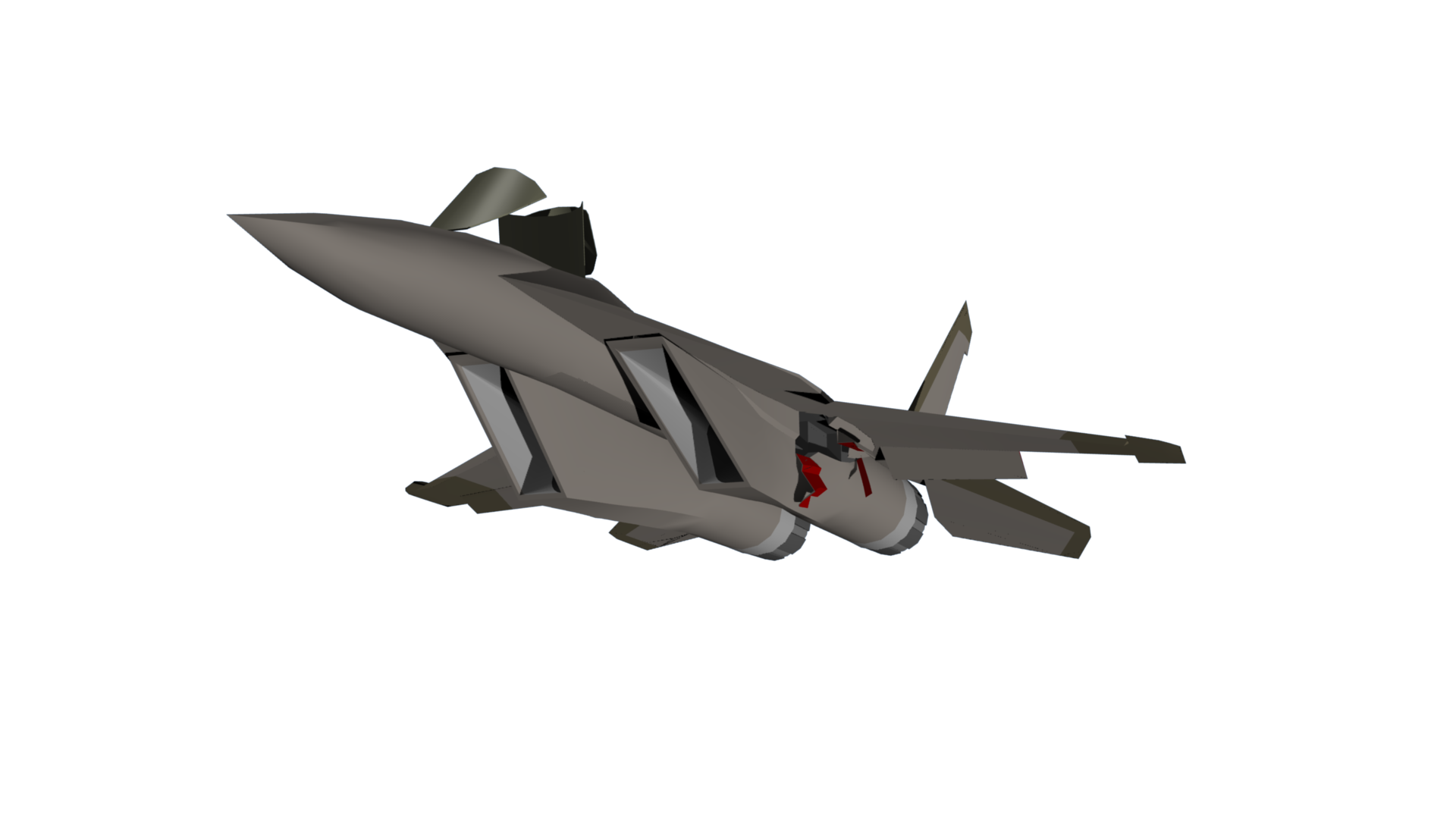 Most of the animations deploy correctly now. There's still a load of work still to do, such as the gears, cockpit and panel lines. I do intend to nudge 10000 vertices by the time I'm done with it.

by NajmiCreative
oh yeah,I you don't mind about DC-10,could you give the MAS paint DC-10 to me for updating classic fleets of MAS and next release the new Malaysia Virtual Airline consists with Air Asia,Malindo,Transmile Air Services,Raya Airways and Firefly...

School's been catching up really fast. So fast and it's May. Tests, academic shyt etc have been proving to be a real nightmare. Plus a competition which I just performed and another concert next month, it's really weighing down heavily.

I suppose that's how life is, you don't know time (or anything for that matter) until you really lose it.

Anyway,
Nothing much done for the MiG-33, just done up the nose gear a very slight bit. 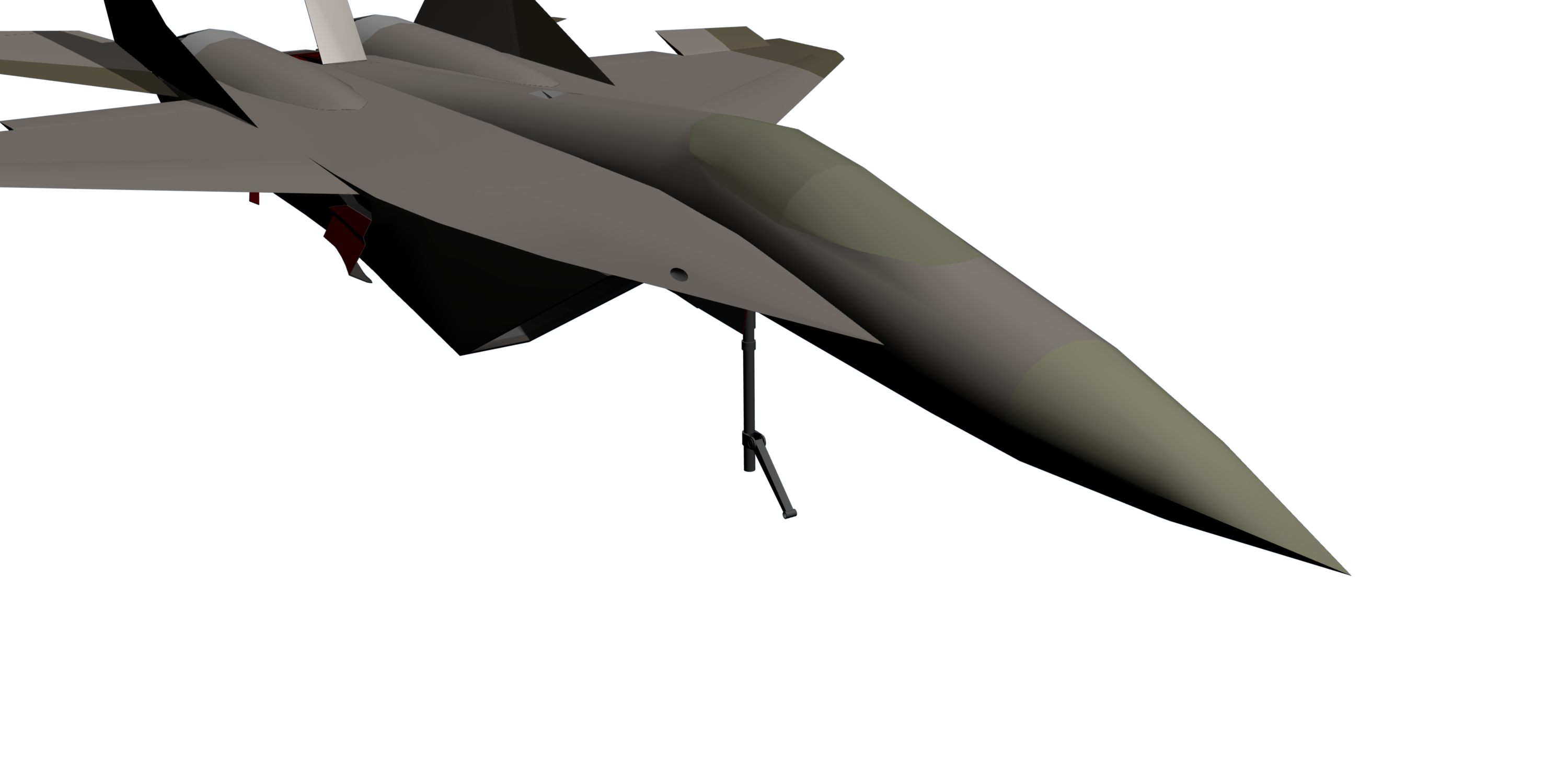 Also, in the spirit of Dan and Dave's Simple Airliners, I have made a few repaints of their A332s:

A few more still to come.

by Dan
Those are Looking really good Night Raven!