I found out that I had a police Humvee in my YSFlight ,so I made a police chase. It was a plane (armed robber) and the police cars (good guys).

Senario: The armed robber is landing his plane with full of cash. The police shoots the plane with high powered rifle, so the plane is forced to land. Then, the police surrounds the plane.

What actually happened: The chase went according with the scenario, but I added a military Humvee to make it more interesting. It was fun 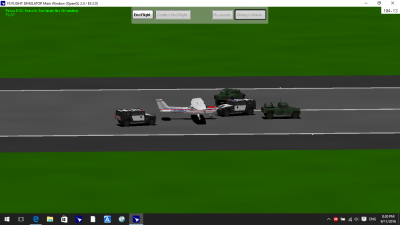 that is pretty cool