have you finshed the work on the optimized vuelo map?
Owner, Dragonic Machine Industries

VNAF what client version will we use

DD-Destroyer - I believe VNAF Airfest will use OpenYS this year - and OpenYS has a Netcode spoofing system, allowing for any version to connect to a server.

Hey everyone, if some of you have already downloaded my Fulcrum I would like to know if it's too laggy. If it is, I would gladly change my display for something else. Thanks!
https://www.facebook.com/vnafairfest?fref=ts
VNAF AirFest staff 2012-2016
Virtual display pilot
Top

Nodoka Hanamura wrote:Guys - I was thinking of something - would it be possible to Livestream airfest? It'd be good PR for YSFlight - I could signal Boost it on Twitter with my 1.5k followers and invite some of my friends online to watch.

adding more info to it (

) ....
twitch.tv or whatever maybe? something like what CP did for his Funhouse server

VNAF,the Sky Surfer needs update on it's pack.the update is the improvised Su-37
improvised thread here
My official website
My Twitter
see my previous release and WIP gallery here
NOTE:All my rework model are allowed for repaint and need to credit on publish..no need to PM me anymore
[align=center]for modifications on my mods,please PM me first,and credit me and original creator(if my work were rework)[/align]
Top

Original post I have made has three download links for aircraft that will be flying on Saturday. Go get 'em

We're ready for VNAF AirFest! Anyone else feeling the same? 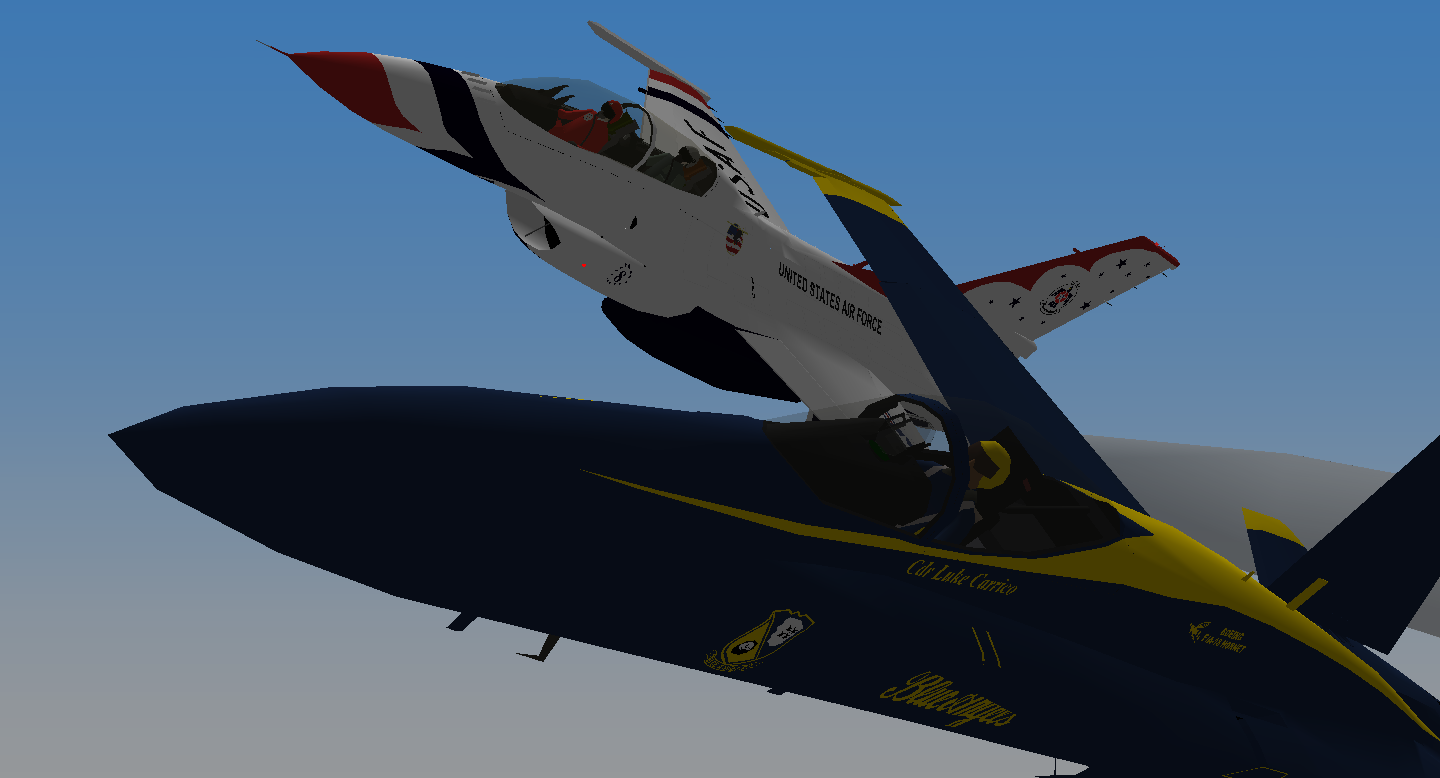 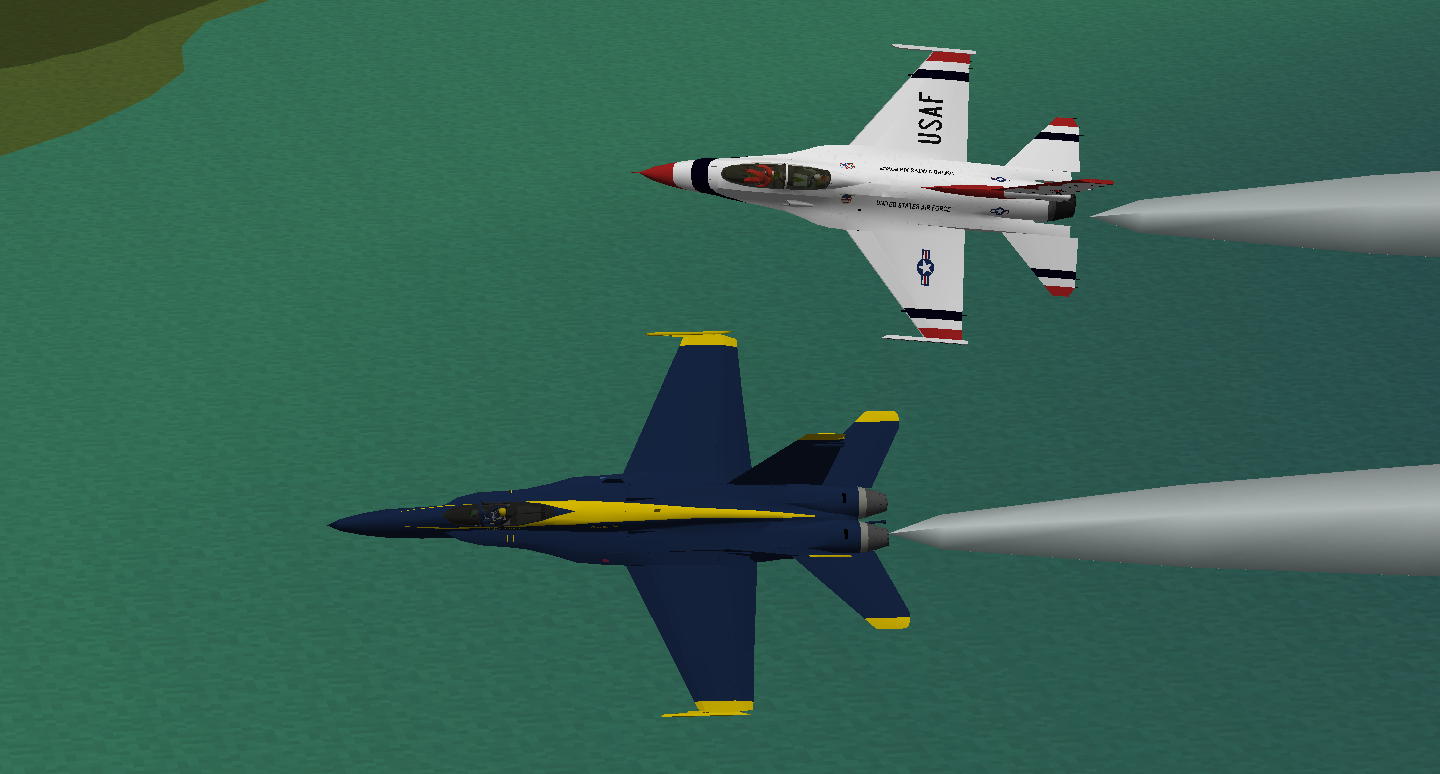 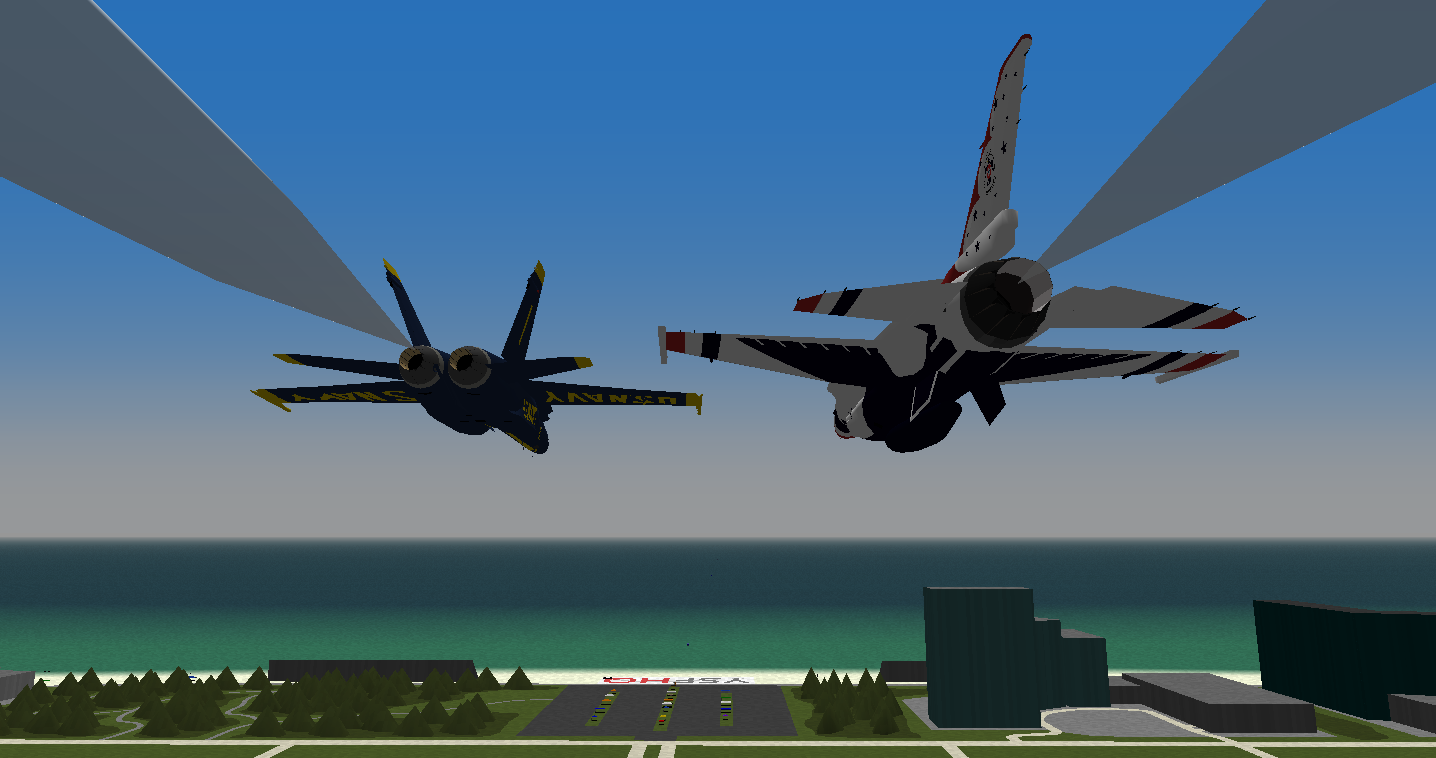 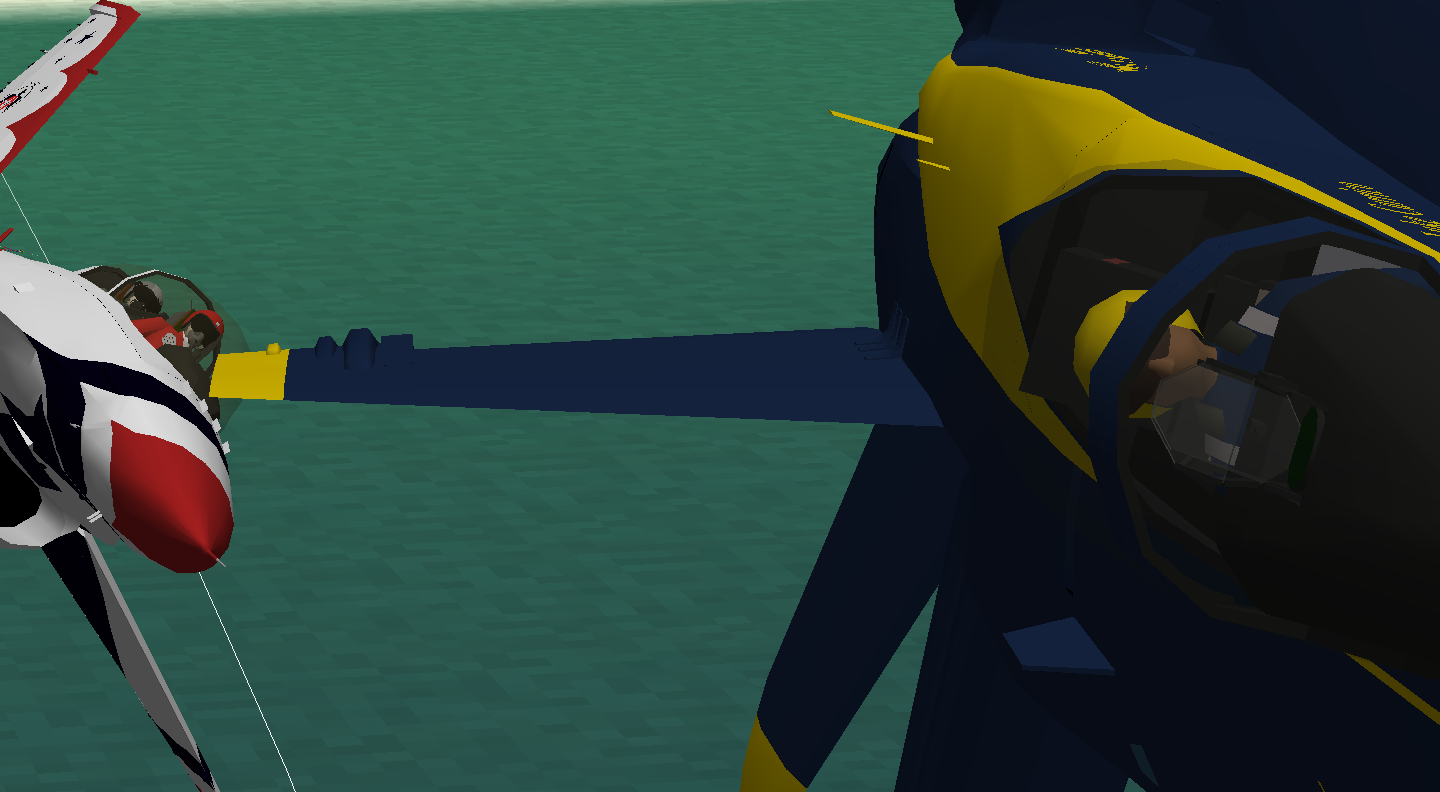 Sorry guys, I had to cancel WDT's demo because Kozeph will be absent next week. 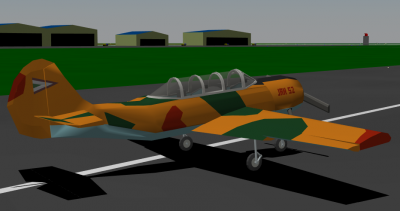 Good thing I have a plan B. I felt that Kozeph will tell me that he'll be absent at the last minute. He often does this.
Display Name - Yak-52 Solo Display
Aircraft Type - Yak-52
Names of Pilots - Snake6
Country of Origin - Hungary
Time Zone - UTC +2
Restrictions - N/A
Download link -

VNAF One, Abel alerted me that you've put the MDT at the end of the Schedule. He won't be able to fly half-awake

The schedule is not finished

Signup is now available for the extra demos! Priority will be given to anyone who promises to be there (for sure!) and does not have a solo slot in the show. You MUST be able to attend this Saturday for rehearsal day so we can go over each demo. Each one has a specific purpose and all pilots will be directed properly during rehearsal. You must be capable of using Teamspeak 3 and being on the server with a stable connection. Pilots are only allowed to participate in UP TO 2. Please refer to the schedule to see which day each will take place. Available slots are as shown below but you are not guaranteed to fly the plane you want. This will be filled on a "first come, first serve" basis as long as the prior requirements are met.

WWII Commemoration This demo will be to commemorate and respect the heroes, events, and technological advancements of World War II. The display will consist of multiple flypasts of various aircraft from the war including bombers and fighters. The display will last approximately 10 minutes as bombers simulate multiple low altitude bombing runs in front of the crowd and as the fighters provide cover and air support for simulated ground troops. The following aircraft will participate:

USAAC B-17
USN SBD
RAF Meteor
Luftwaffe HE-111
Luftwaffe ME-262
Japanese A6M2 East Airpower Demo The East Airpower Demo is meant to showcase the power, might, and agility of eastern hemisphere aircraft. This display will put you back in your seat as some of the most maneuverable (sometimes considered "super-maneuverable") aircraft from many countries display right before you. The demonstration will simulate a takeover of contested skies for ultimate air superiority. Low altitude aircraft will enter first to neutralize surface-to-air threats, as the high altitude fighters will ensure their presence shows true strength. The following aircraft will participate:

Russian Air Force Su-25
Indonesian Air Force Su-30MKK
Korean Air Force FA-50
PLAAF J-11 NATO Airpower Demo The North Atlantic Treaty Organization Airpower Demo will showcase the unified capabilities of the largest organization of its kind. NATO country air forces will participate in showcasing their abilities to take control of the skies over Europe and NATO countries. This display will feature multiple advanced aircraft in various formations and scenarios showing a projection of force in the skies over Vuelo Beach. The following aircraft will participate:

RAF EF-2000
French Mirage 2000
RNLAF F-16
Luftwaffe Tornado The Future of Airpower Demonstrating some of the latest technology in aviation warfare, the Future of Airpower Demo will be the loudest and most advanced display in all of AirFest. Witness the 5th generation of warfighters display over Vuelo Beach their awesome capabilities beyond anything the battlefield has yet experienced. Several aircraft will do multiple flypasts and demonstrate aerial deterrence. The following aircraft will participate:

USAF F-35A
USAF F-22A
PLAAF J-20
JASDF ATD-X
Russian T-50/PAK FA To request to fill a slot in one of the demos, please simply reply with which demo/s you would like to fly and what slot. Check the initial post in this topic for a live view of the list in the making. It will be updated at least once per day so please be patient. All participants may not get exactly what they want, so we'll try to fit you in wherever possible as long as you are eligible.
VNAF Aerobatics Commanding Officer and Founder - - - YSAS Member - - - YS Aerobatic Pilot
YS ACC A-10 East Coast Demo Team pilot - - - B-1B Razor Demo Team pilot
VFA-49 GhostHawks Commanding Officer

If the East Airpower Demo is one of the first few demos of Saturday, may I take the PLAAF J-11?

I'm not entirely sure if I can make it this Saturday and on the day itself, but I'll try my best.

Also will we have to find a suitable mod ourselves or will you be allocating us a certain pack for use?
Top

Guys, the schedule is not a final product and will change drastically before July 1st. I can't promise any order until then besides the days each one is on. Is your demo says you fly Sunday, you fly Sunday. When on Sunday has not been determined yet and will be on July 1st as stated.

There is a decent GAC version made by Monoceros, which is less error prone (and probably better looking) than the one in Major Pack.
http://moon-child-reo.deviantart.com/ar ... -469882126
Top
Post Reply
142 posts