ANTONOV Company wrote:On 26 September, 2014 Ruslan (AN-124-100) that belongs to ANTONOV Airlines transported interesting cargo from Nantes (France) to Beijing (China). On this board the aircraft transported a mechanized dragon, a symbol of ‘horse−dragon spirit’. The dragon will participate in a China festival in a sign of 50−years anniversary of diplomatic relations between France and China. This unique model, 12 m of height and 46 t of weight, was constructed in France by La Machine Company. Eight operators are located inside the dragon to control it. The prototype is mounted on the transport vehicle that let move with definite speed. Specialists from the department of the ANTONOV Airlines cargo planning in close interaction with French engineers developed a special technology of load/unload this unique cargo with the total mass of 55 t in Ruslan. Preparation to transportation lasted 3 months.

Sunset on FL391 seen from Emirates A380 A6-EOP bound from CPH to DXB. Originally taken by me 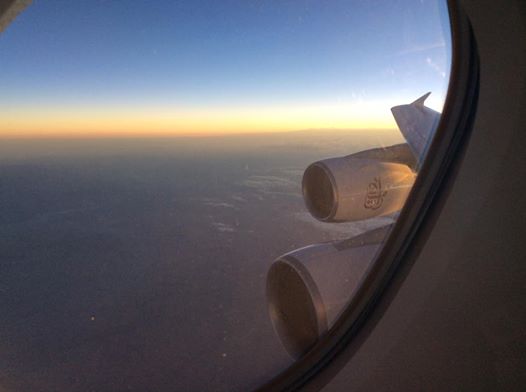 I'm not smart than the other, so I don't show off that I'm smart. I rather to be dumb than to be a smartass.
I'm not smart enough to beat the others, but I can work hard to fill it (Richard Vo)

Here's something I did this past weekend, just got all the photos uploaded... took my "Discovery flight" before beginning private pilot lessons. Here is me flying N5399K out of 06C (from the right seat). Can't wait for the first official lesson in a week or so. Click the photo for the full album.

@wingsfan99 Did it feel as you expected my friend?The handling and the exhilaration I mean.Or was this not the first time?

Gunny wrote:@wingsfan99 Did it feel as you expected my friend?The handling and the exhilaration I mean.Or was this not the first time?

This was the first time. It felt almost exactly how I expected, except that I didn't expect quite as much resistance and stability in the yoke. We had two passengers (my dad and my wife) in the back, so I'm thinking next time might feel just slightly different with a lighter load and different center of gravity.
Wingzfan "The Budgetman" 99
Treasurer, YSFHQ

It will feel different, especially on takeoff and landing. In the air, you might not even notice unless you do maneuvers. How long was the flight? Usually you can't even get 4 people (kids are an exception) in the plane without going over limits in the 172.
VNAF Aerobatics Commanding Officer and Founder - - - YSAS Member - - - YS Aerobatic Pilot
YS ACC A-10 East Coast Demo Team pilot - - - B-1B Razor Demo Team pilot
VFA-49 GhostHawks Commanding Officer

VNAF ONE wrote:It will feel different, especially on takeoff and landing. In the air, you might not even notice unless you do maneuvers. How long was the flight? Usually you can't even get 4 people (kids are an exception) in the plane without going over limits in the 172.

It was just over 1 hour (I had about 30 minutes of 'control' over the plane). We were strictly limited to a total of 600lbs between the 3 of us, and I'm proud to say we came in about 75 under that lol.
Wingzfan "The Budgetman" 99
Treasurer, YSFHQ

REUTERS/Gleb Garanich wrote:Pilots plan a flight manoeuvre with model aircraft at a military air base in Vasylkiv, Ukraine, August 3, 2016.

Some nice pics (and could be a holy grail on references) for "Soviet's Concorde" Tu-144
sorry it's FB,I couldn't post the image here as it have 91 of them

Yup,we already have high detail Concorde,now we need high/near high detail Charger(NATO code Tu-144)
Last edited by NajmiCreative on Tue Aug 16, 2016 3:44 pm, edited 1 time in total.
My official website
My Twitter
see my previous release and WIP gallery here
NOTE:All my rework model are allowed for repaint and need to credit on publish..no need to PM me anymore
[align=center]for modifications on my mods,please PM me first,and credit me and original creator(if my work were rework)[/align]
Top

WHO WANTS TO HAVE THIS AWESOME AIRPORT MODEL (I DON'T HAVE IT)?

Quan Vo wrote:WHO WANTS TO HAVE THIS AWESOME AIRPORT MODEL?

I'm pretty sure that's Minatur Wunderland in Hamburg, Germany. I've wanted to go there since I was about 7...
Currently dormant... playing IL2 Cliffs of Dover
Top

ANTONOV Company wrote:A demo flight training and demo flight itself belongs to the especial, the highest level of complexity. The crew has to control an aircraft at the extreme modes to display the airplane’s best characteristics. Pilots have to be most concentrated while such flight training. The video shows, how AN-178 new transport performs banks of 45-60 degrees, sometimes it reaches 90-120 degrees. The G-factor was 2.2.
The crew members: Andrii Spasibo, captain, and Sergii Troshin, co-pilot.

Being painted to come tomorrow to Rio.
Boeing 747-8I reg D-ABYK.
"Siegerfliger"
Top

Great find in Putnam's - in 1960 Gloster Aircraft had an idea for a quadcopter UAV crop-sprayer! 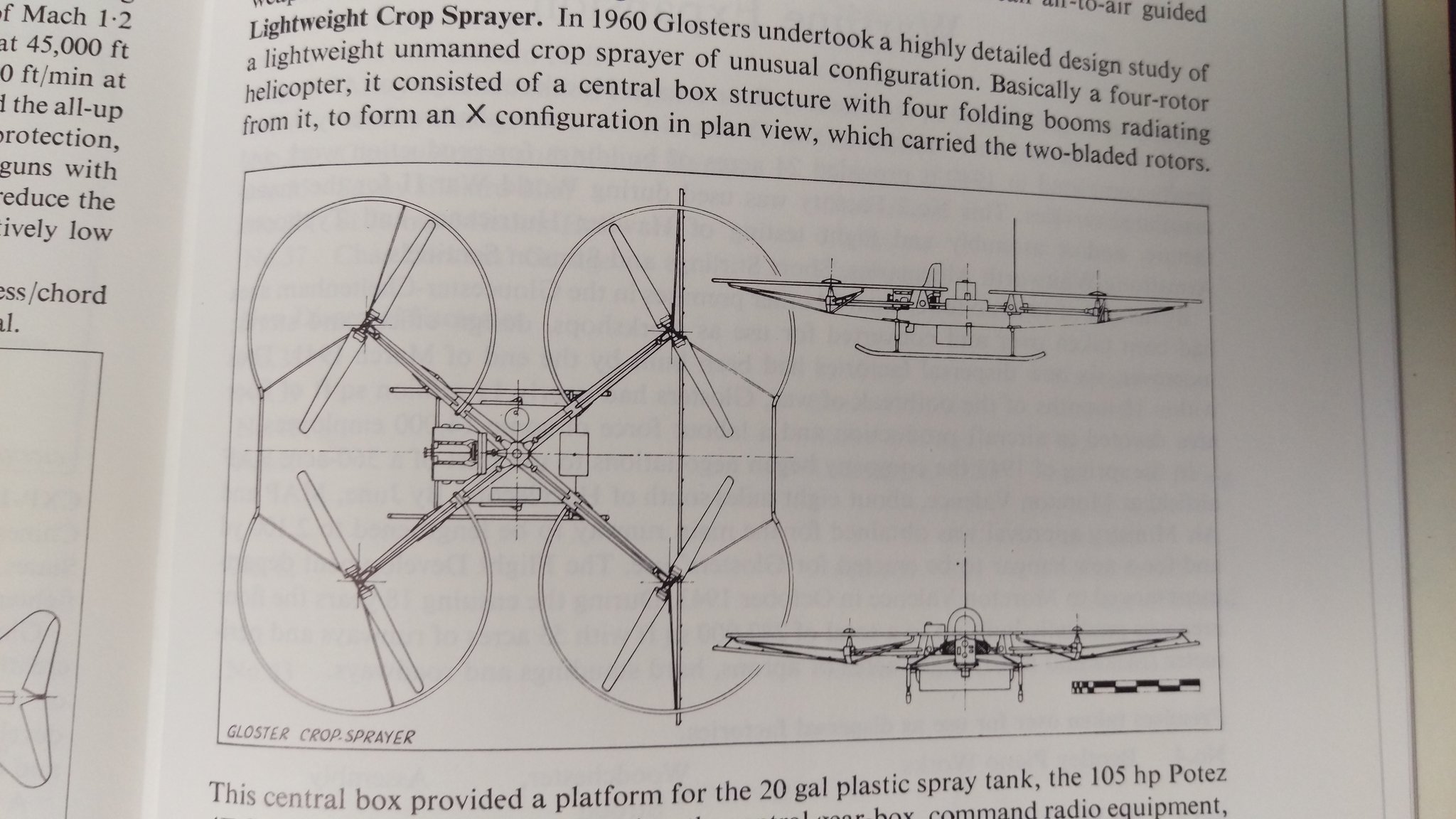 A modelmaker at work at the School of Aircraft Recognition, Uxbridge, #OnThisDay 1957 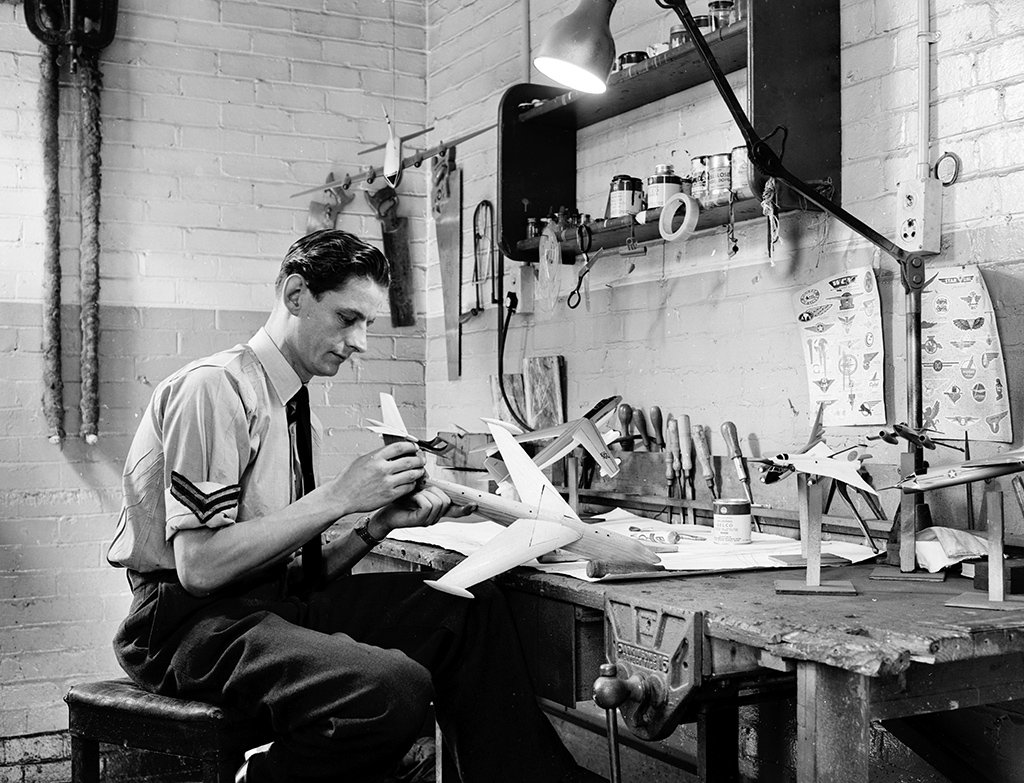 Notwithstanding what the pilots were thinking, I wonder what the PASSENGERS were thinking during this "takeoff" roll...
Note that this is entirely real (Royal Air Maroc comes in at 24 seconds). Not exactly what I would call great "airmanship."

This does make for some amusing musings, if one were to muse....

Turbofan wrote:This does make for some amusing musings, if one were to muse....

Sentence of the day award!
I am an accountant working full-time (and some). I'm not here as often as I would like to be. Send a message if you need me. There are a few people in the community who can get in contact with me urgently if you need - don't be afraid to ask. I just don't check here as frequently as I used to. Sorry!
Top

For an added bonus, the landing. Notice how the variable inlet guide vanes work, closing completely when the engines are throttled back to idle. That sound!