I find myself wondering who this was directed towards. Care to enlighten me, VNAF?

Also, to be on topic: 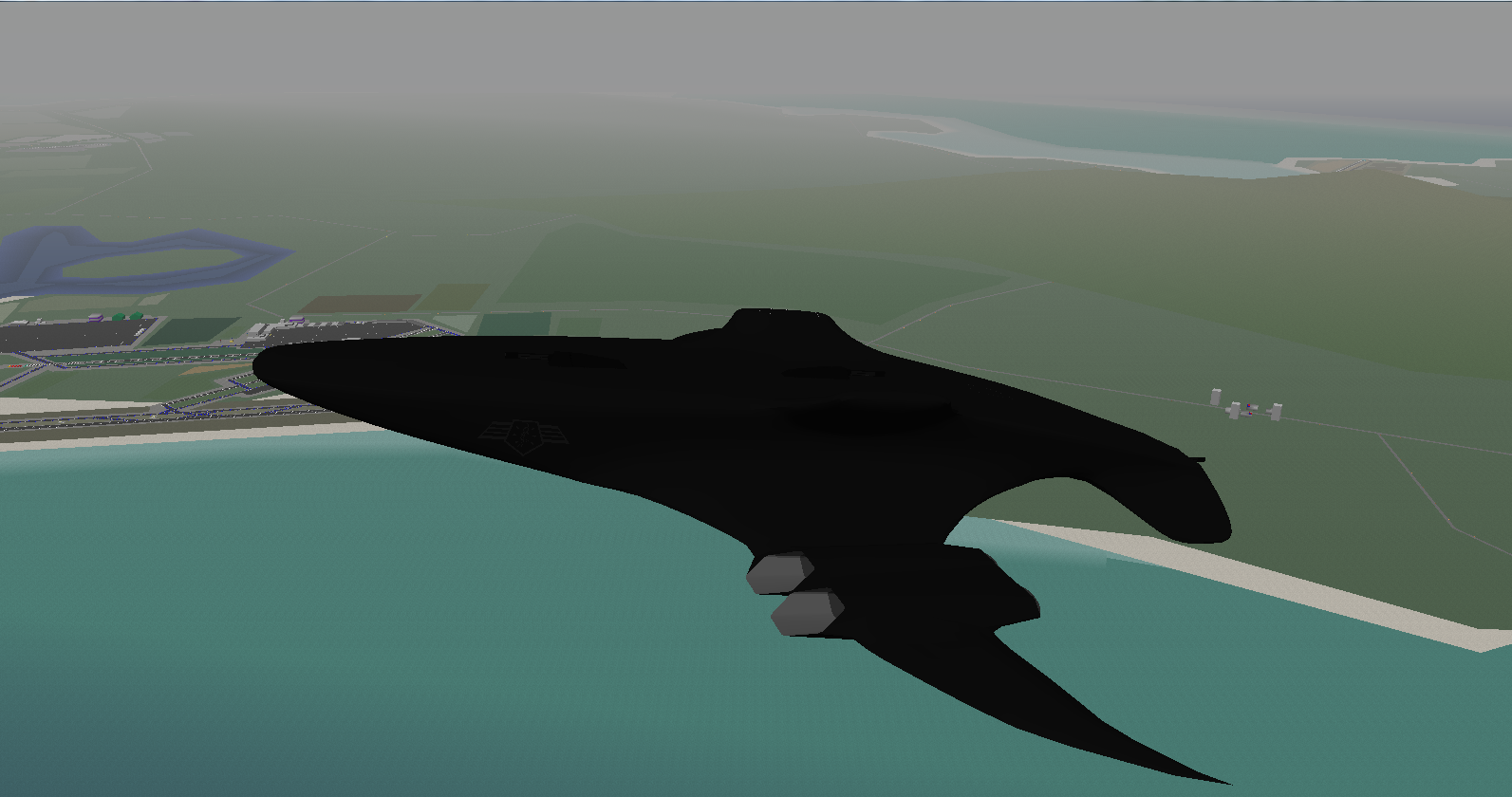 I find myself wondering who this was directed towards. Care to enlighten me, VNAF?[/img]

Well, if it wasn't clear, the person who posted before me

I find myself wondering who this was directed towards. Care to enlighten me, VNAF?[/img]

Well, if it wasn't clear, the person who posted before me

At least I didn't flip out

I echo the sentiment. A joke is a joke. Moving on...
I am an accountant working full-time (and some). I'm not here as often as I would like to be. Send a message if you need me. There are a few people in the community who can get in contact with me urgently if you need - don't be afraid to ask. I just don't check here as frequently as I used to. Sorry!
Top 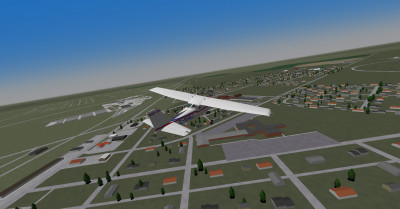 The trouble with fictional planes... you never know when it's finished. Project 88 continues.
January... 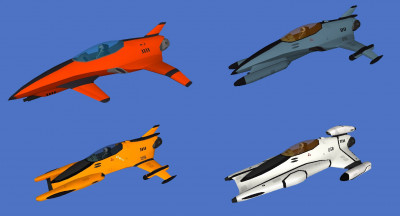 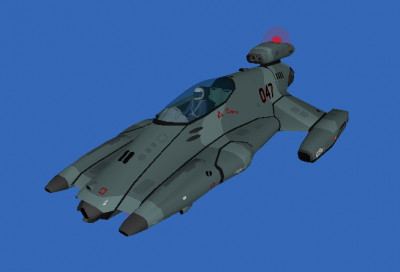 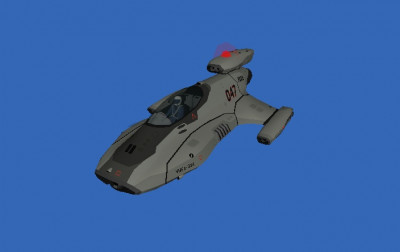 Sometimes things don't look right from certain angles (even between DNMViewer and YSflight). Sometimes the aesthetic overrules functionality. Often you think, "what if I changed this? How would it look?" Plus, I don't like dozens of variations clogging up the system, so it's gotta be ONE, and it's gotta be right...

Will release the Airbase project soon. SOON. The scenery in the pic is a modified piece of the 241st map, for my own purposes.
Top

It took some time to get all of these aircraft in one shot. Every start position at HNL was used! 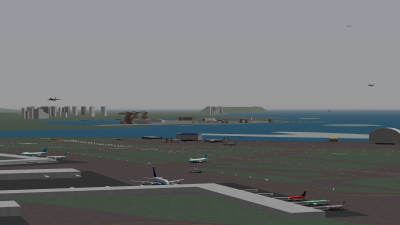 Decaff and I went for a short flight through Tennessee airspace earlier tonight. I flew the Fedex 767-300ER (Pat, we need Fedex startpositions at the Fedex superhub at MEM

Me taking off in the Fedex 767-300ERF to Knoxville McGhee-Tyson (TYS). The Memphis skyline serves as a nice backdrop.

Decaff lifts off in the Comet IV, also to TYS.

Parked on the TYS cargo ramp after landing.

I've been thinking of doing some updates to MEM, so that's possible. 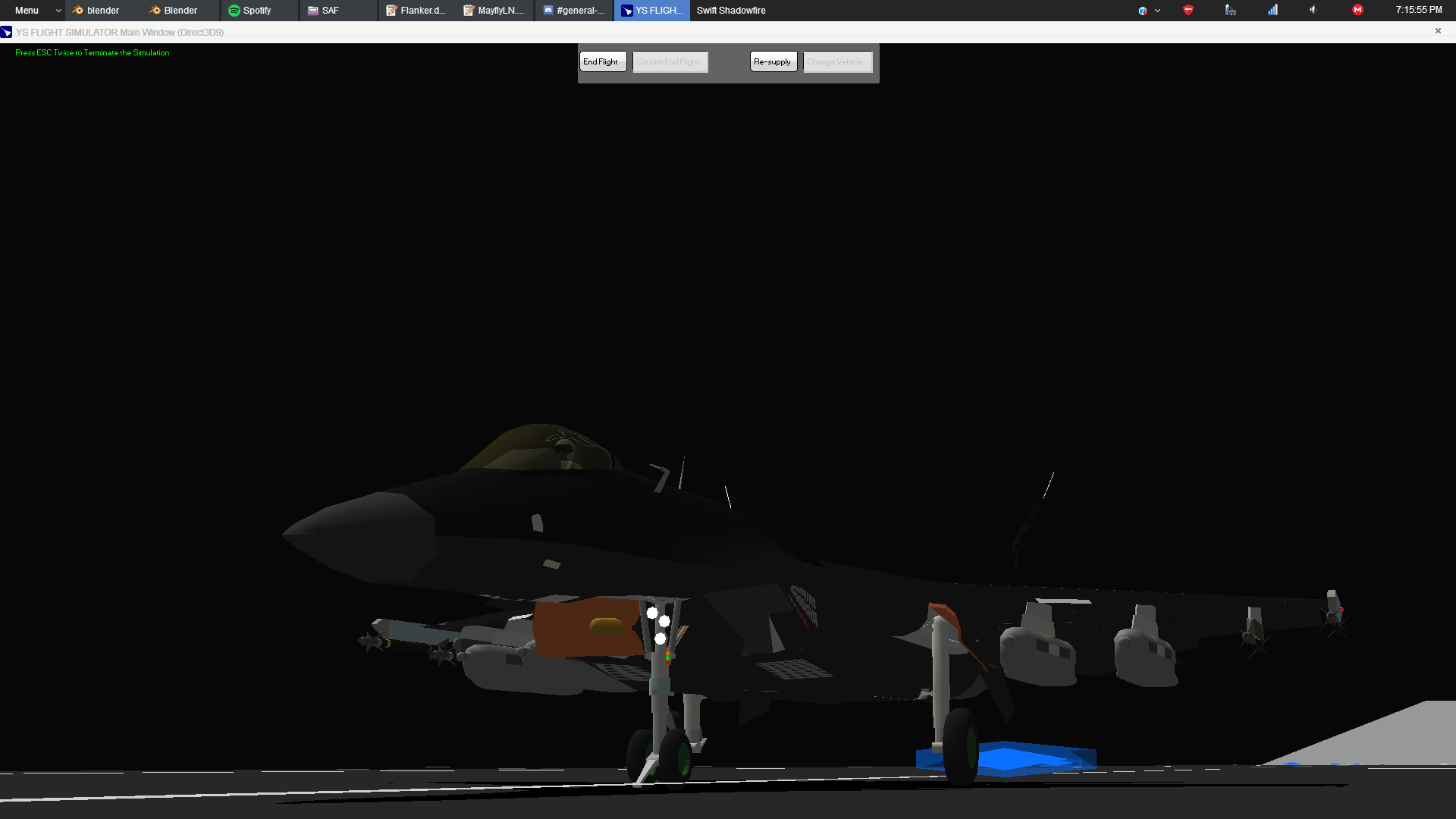 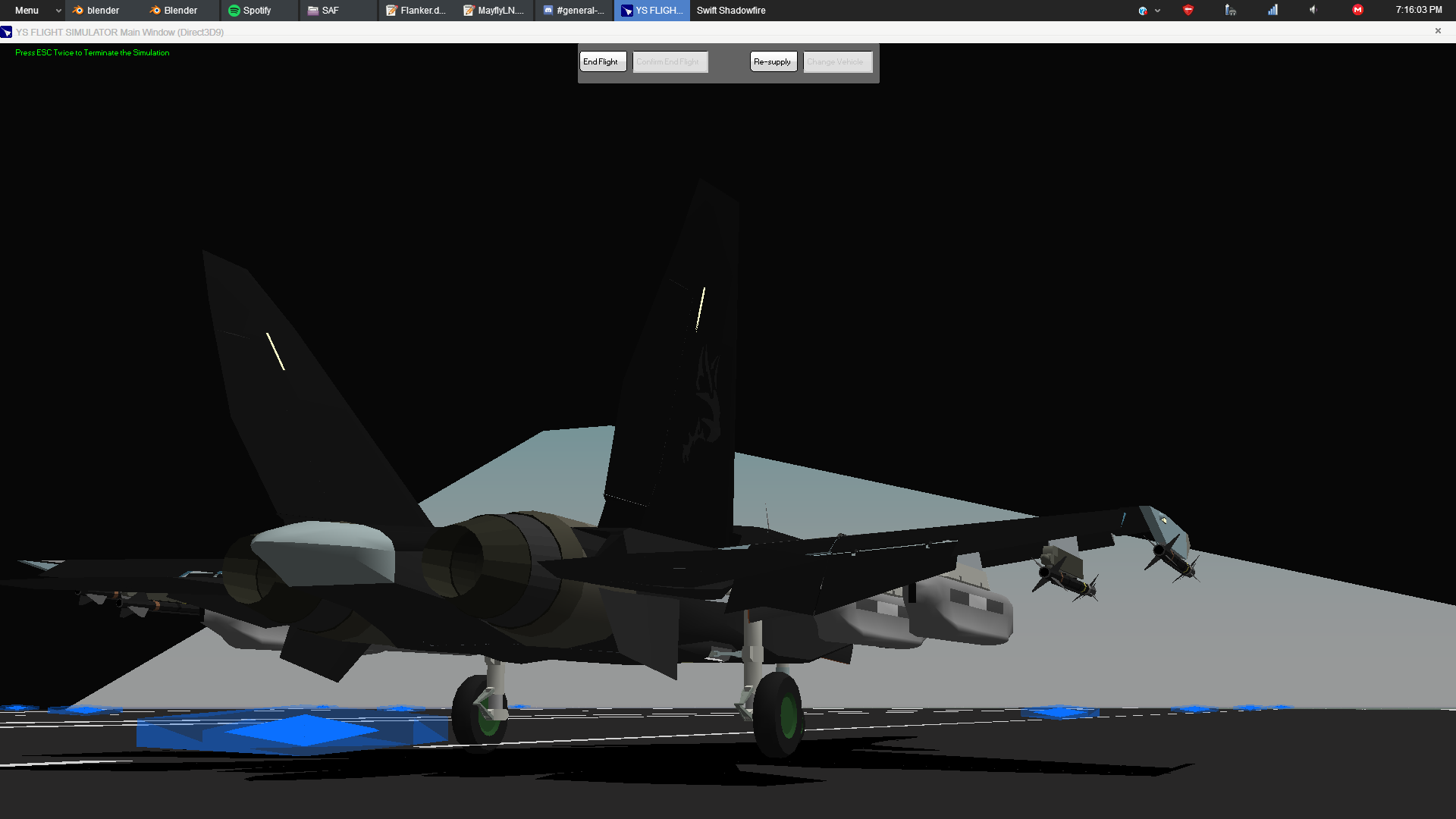 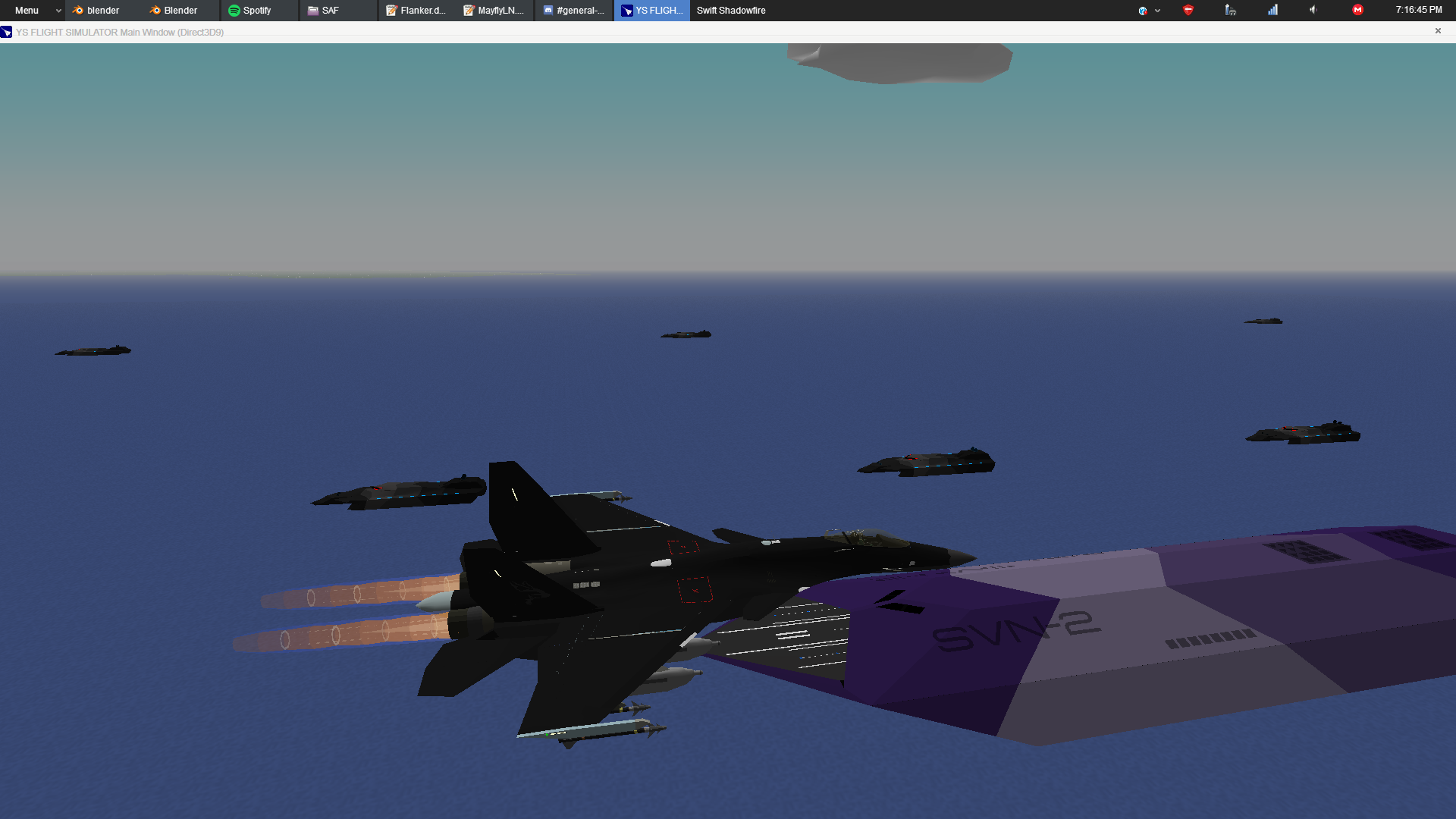 Just done a flight from Malta to Mandiola with Abel Jets Regional's B737-MAX7 with Dragon_Mech in his AFH-02 Hellhound Gunship. Smooth flight from takeoff 'till landing with minor crosswind.

Dragon in his AFH-02 Hellhound ( sorry Dragon, I haven't got it installed in my Mac ).

Climbing to FL 300 while passing an aircraft carrier bellow.

On final approach at Mandiola Int'l.

Taxiing to the gate.

So Greenhorn and I went on the civav for some flying. We flew from MXA to LNB, I flew the Abel Jets 320-200NEO while Greenhorn flew the MH 772ER. Here are some screenshots of those flights.

After landing I asked Greenhorn whether or not he would like to go to the Airrier north of Winnsworth Island in "something speedier." He agreed to that, and the result was a rare celestial event. TFan in a FIGHTER JET?!! DAA DAA DAA!!!!

Yes, that's me in that decaff F-35A folks (which btw, is a magnificent aircraft to fly)....

Greenhorn and I on the Airrier.


This rare sighting will not be seen for another 1,825 days (or the next blue moon, whichever comes first).

True, but it's still a non-civilian jet

Had a great short-hop flight in Abel Jets Link's Bombardier Global Express XRS from Ocaso to Pantelleria with TheLegend27 in CIVAV.

Lining up at Ocaso Int'l's runway.

TheLegend27 flying over Mandiola in his Qatari A380-800 which I haven't downloaded yet.

TheLegend27 cruising behind me.

On final approach at Pantelleria Airport.

Taxiing to the ramp.