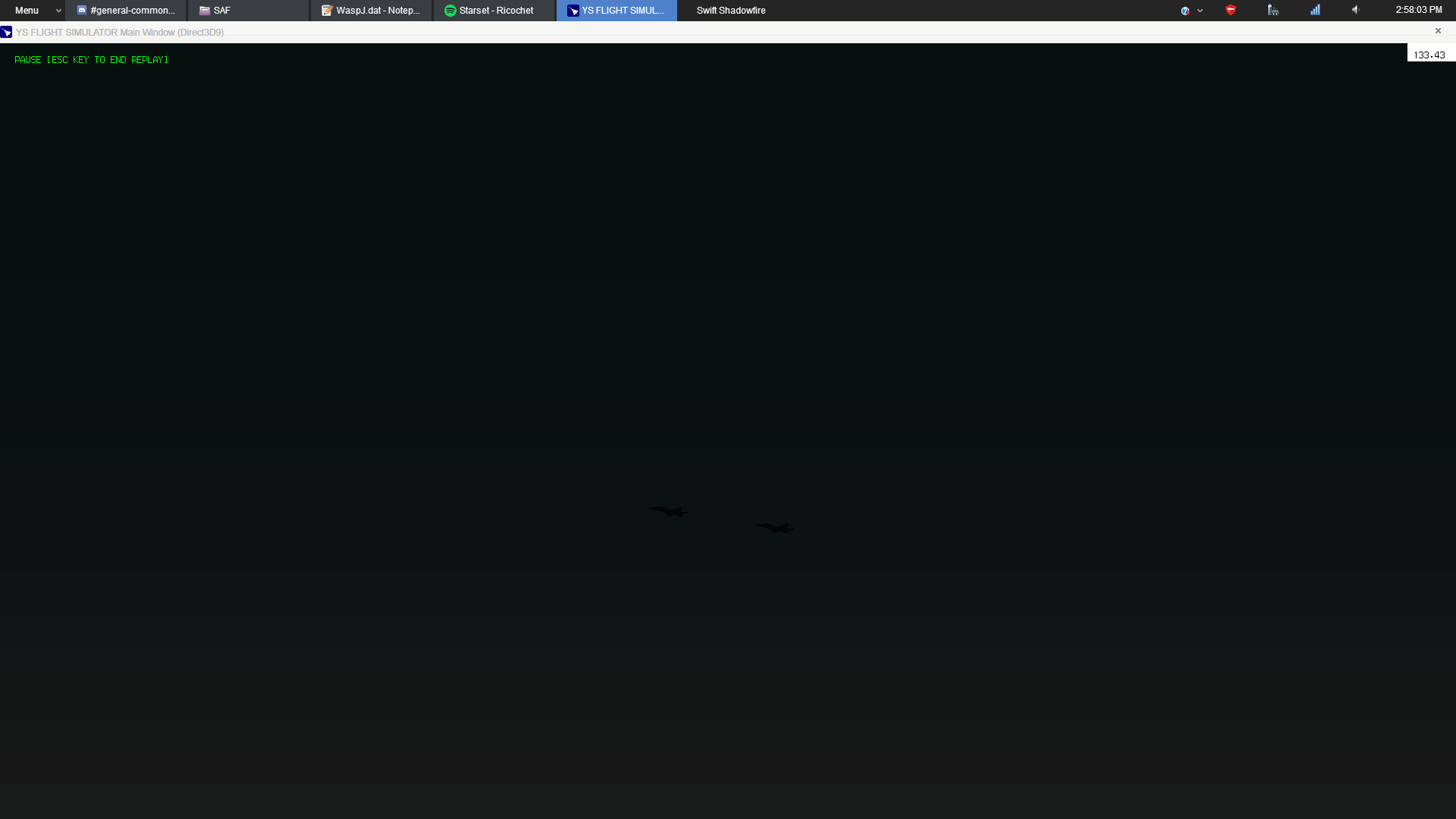 The Second Maverick and I at OCA after a short flight from MXA on the civav.

More screenshots of my flight with TFan and Zy earlier today from Mandiola to Ocaso.

Mandiola City Skyline near the airport.

TFan on his final while being escorted by Zy.

Touched down quite hard due to the crosswind.

Taxiing to the cargo ramp at Ocaso.

TFan and me parked at the ramp.

Some shots I took during the Ramadan Flights ATC session.
You can get a nice view of the end of 18L on top of the parking garage at Mandiola. 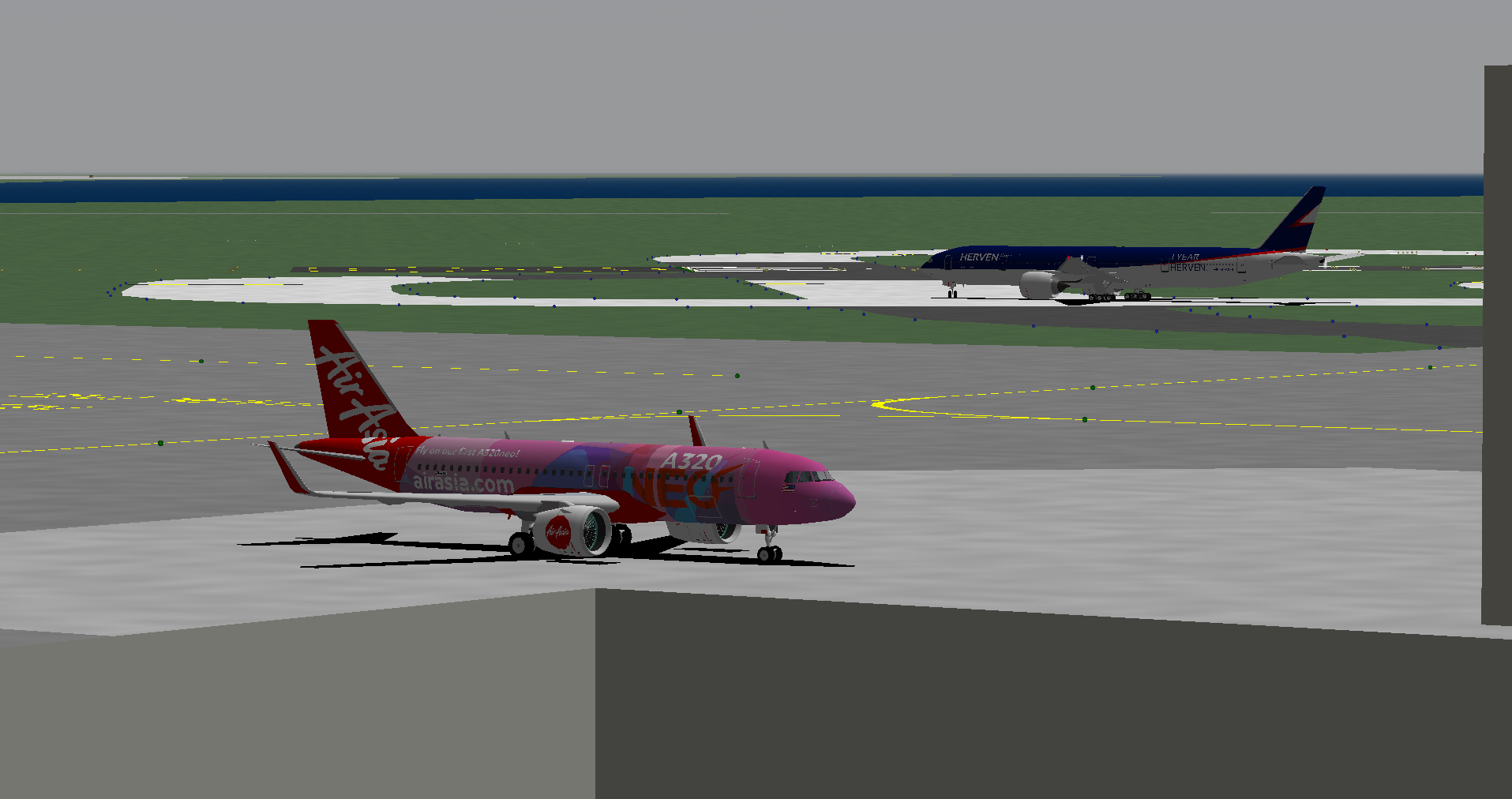 A Global 320 holding short at Malta, waiting for it's turn to take off. 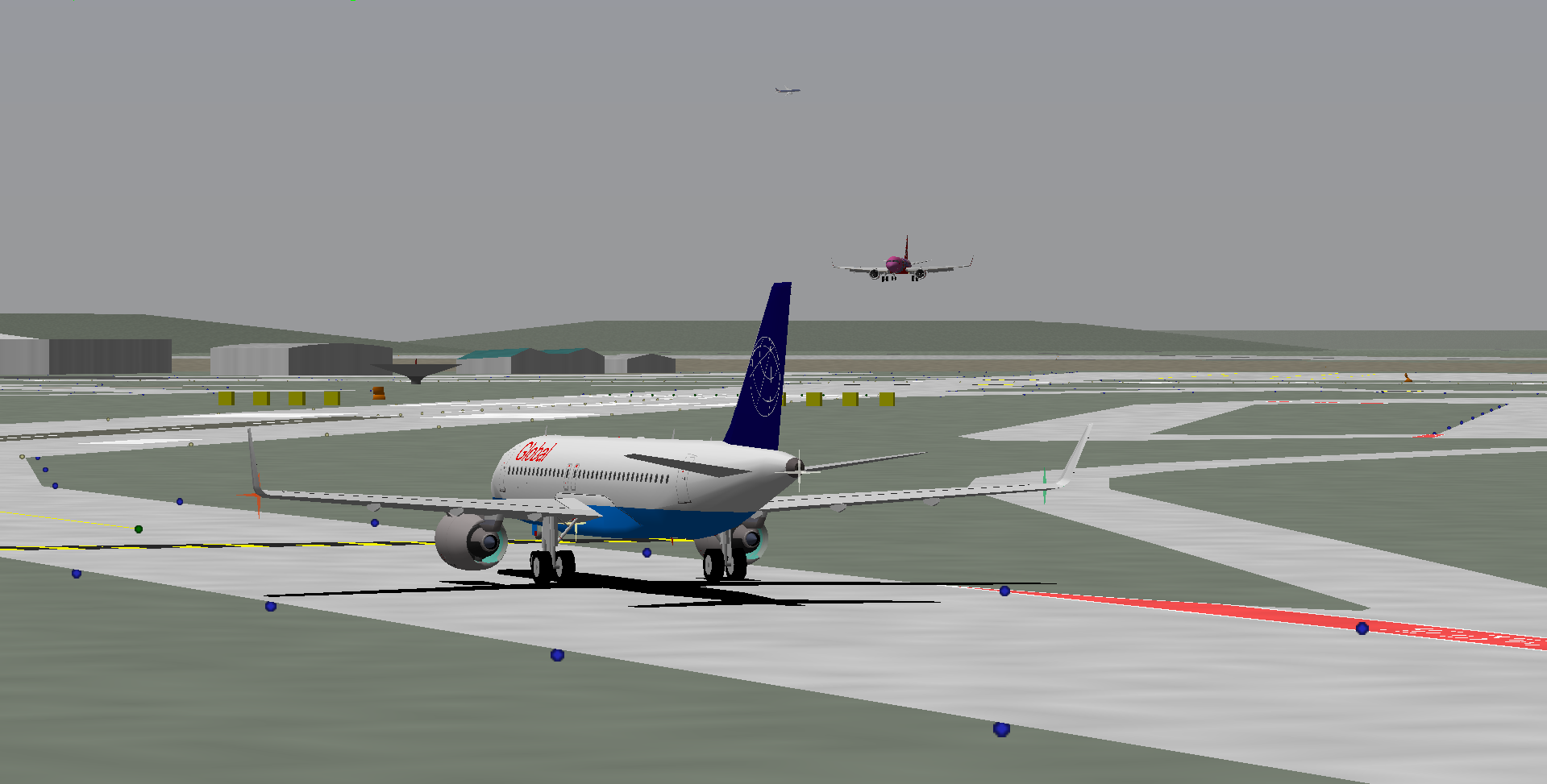 The Herven 777 lands while the Global 320 continues to wait. 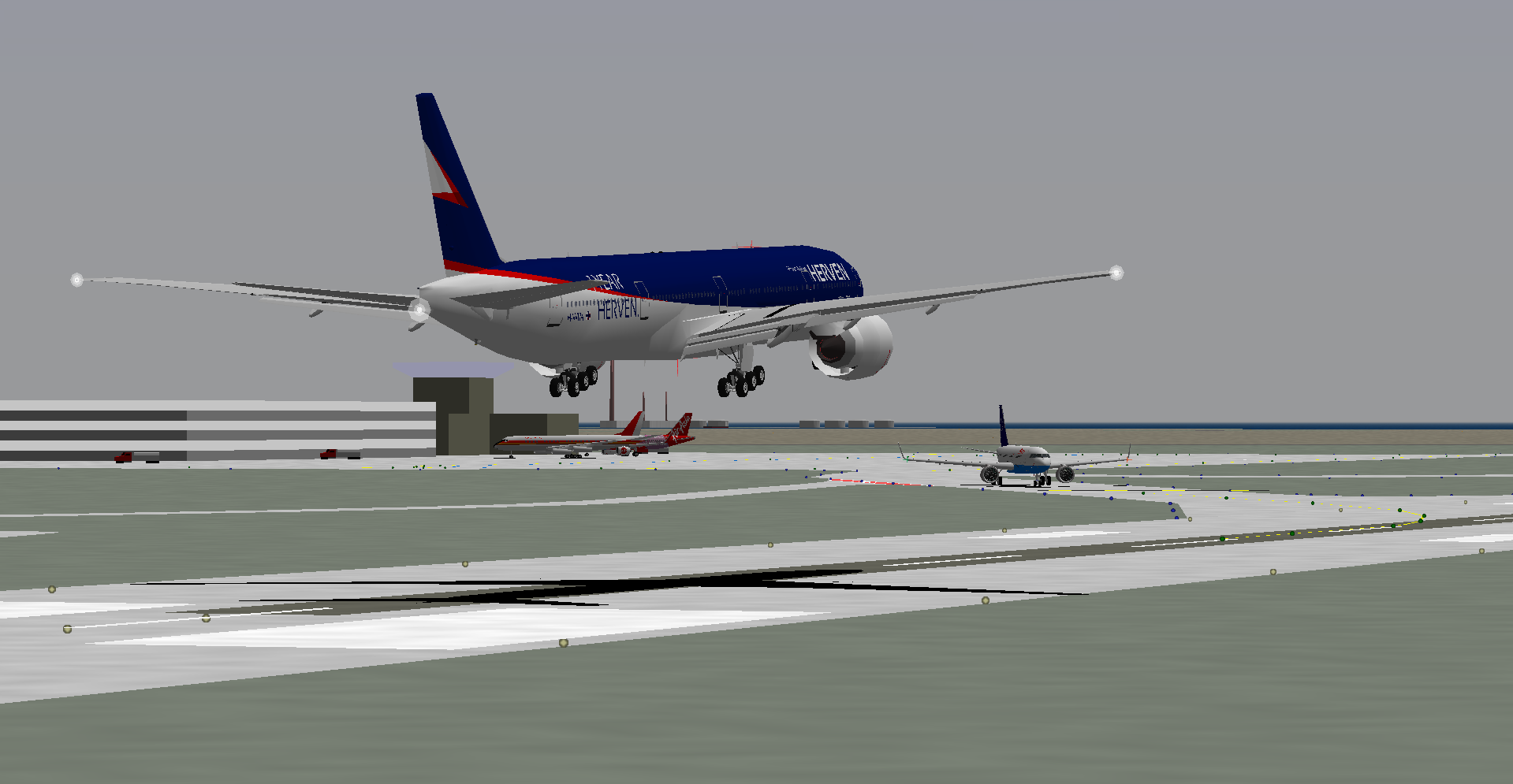 The Herven 777 waits for the Global plane to take off before back tracking down runway 31 to the terminal. 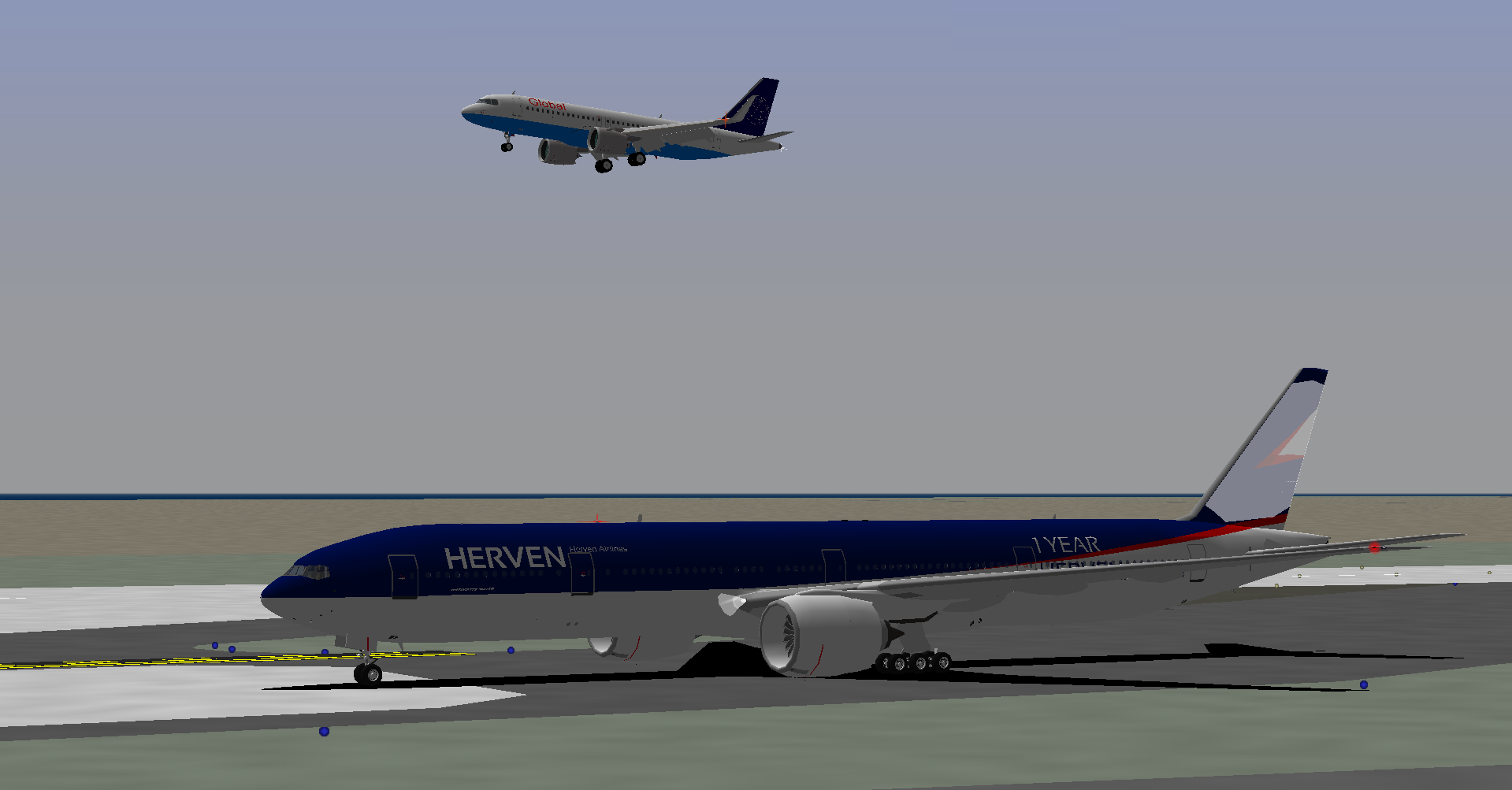 The last shot of the night. 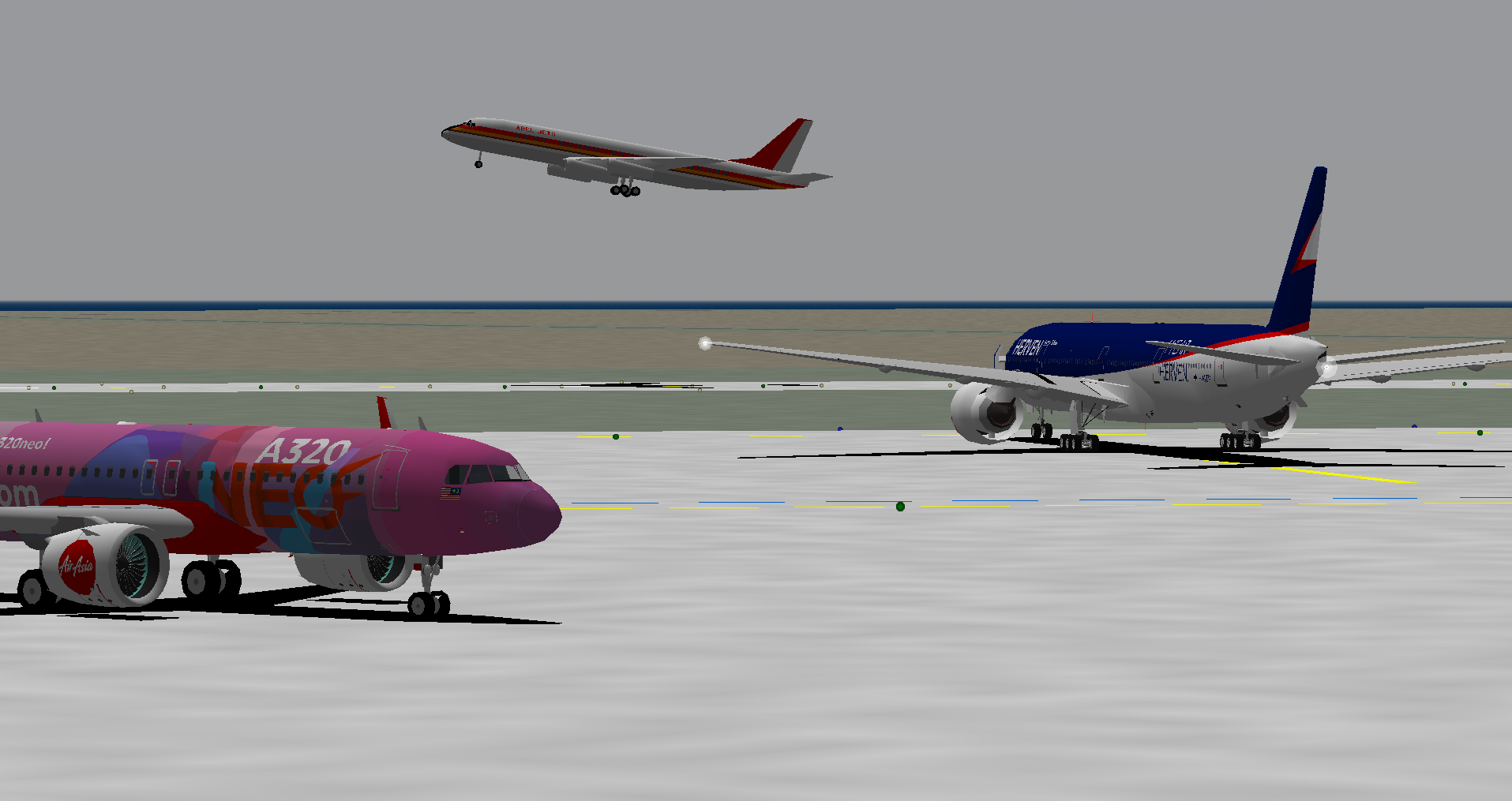 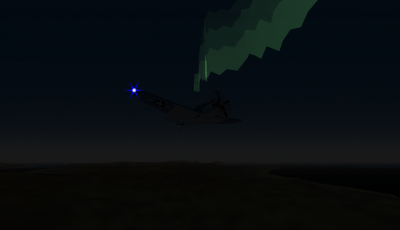 *There are 3 points where auroras are in ICELAND map.
Top

This is a comparison of how my lights look in OpenGL 2 vs DirectX and OpenGL 1.
In OpenGL2, the star effect is obvious up close (and in daylight, too). 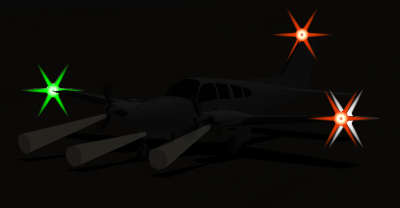 In DirectX and OpenGL 1, the star effect does not appear as much, but you can see the polygon that makes the star effect is very bright at the center. It can hardly be noticed in daylight. From a distance, however, it is much brighter than the simple lighted faces of the plain bulbs. 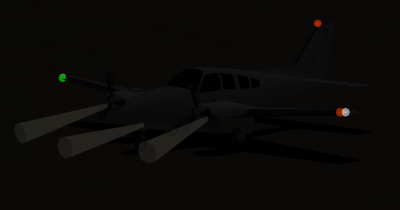 Whoops! Forgot that I hadn't released it! It's Part of my CivPack which is currently a WIP.

Flew with Barracuz and dbd000 in CIVAV from Gran Canaria to Tenerife South, thanks for the great day guys.

Me taxiing in the Abel Jets Link Beechcraft 90 at Gran Canaria while dbd000 was landing after his previous flight.

dbd000 holding short Gran Canaria's runway in his Moa Airways Saab 340 Sacramento Livery while I take-off in the background.

dbd000 landing at Tenerife South after I landed a few minutes ago.

Me and dbd000 parked at Tenerife South while Barracuz was landing at the background.

All of us parked at Tenrife South. 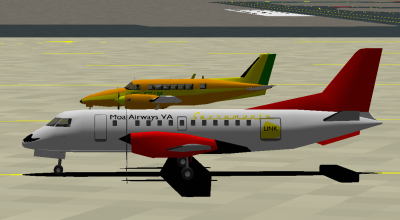 Me and Abel Parked at Tenerife South 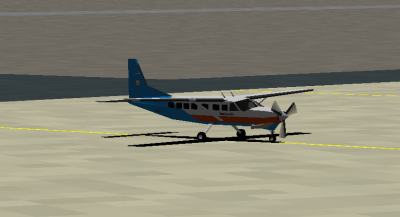 All 3 of us Parked at Tenerife South 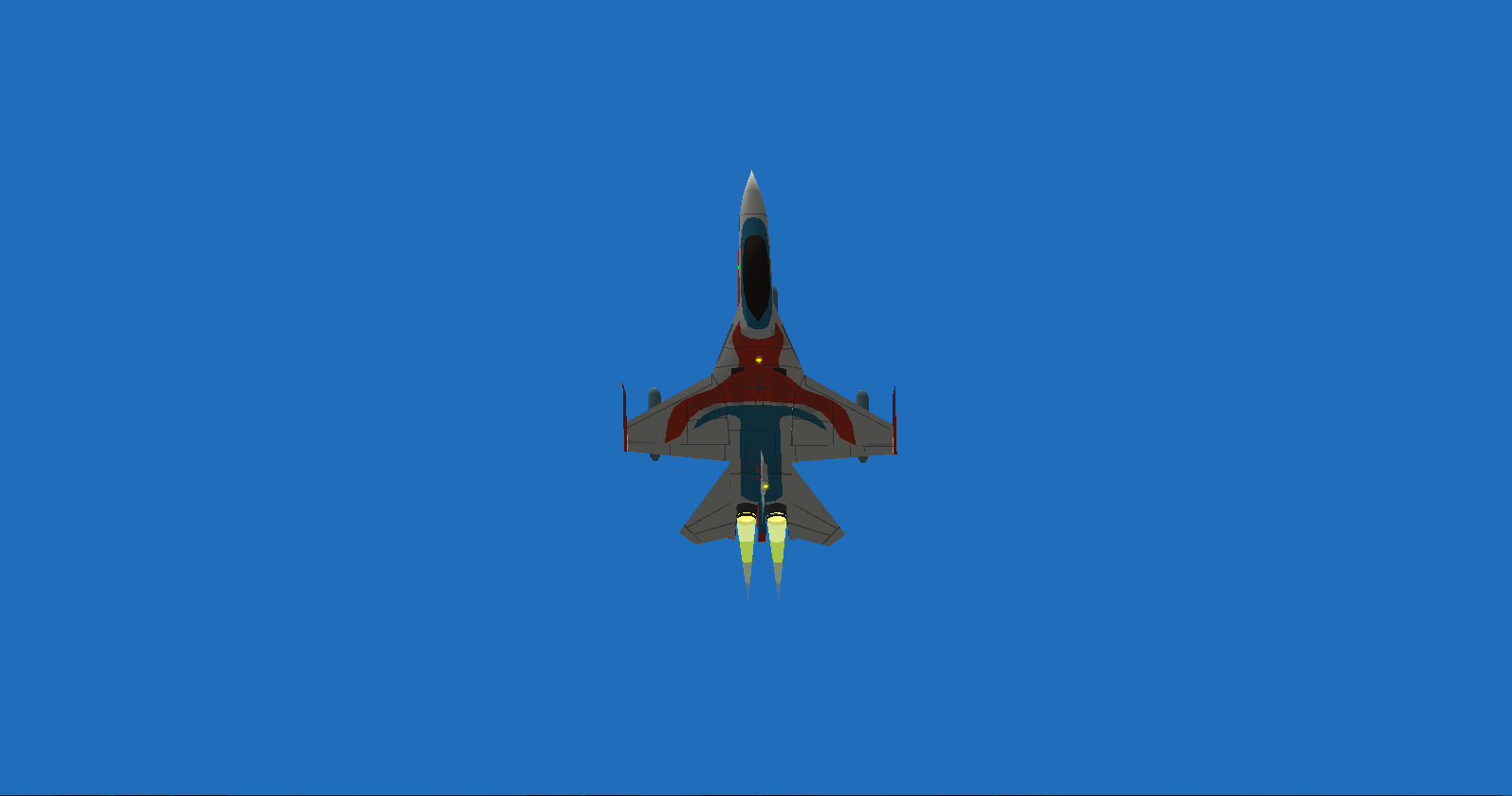 Found the old Dagger fighter amongst my YSF addon ZIP archives and decided to take it for a spin over Heathrow. 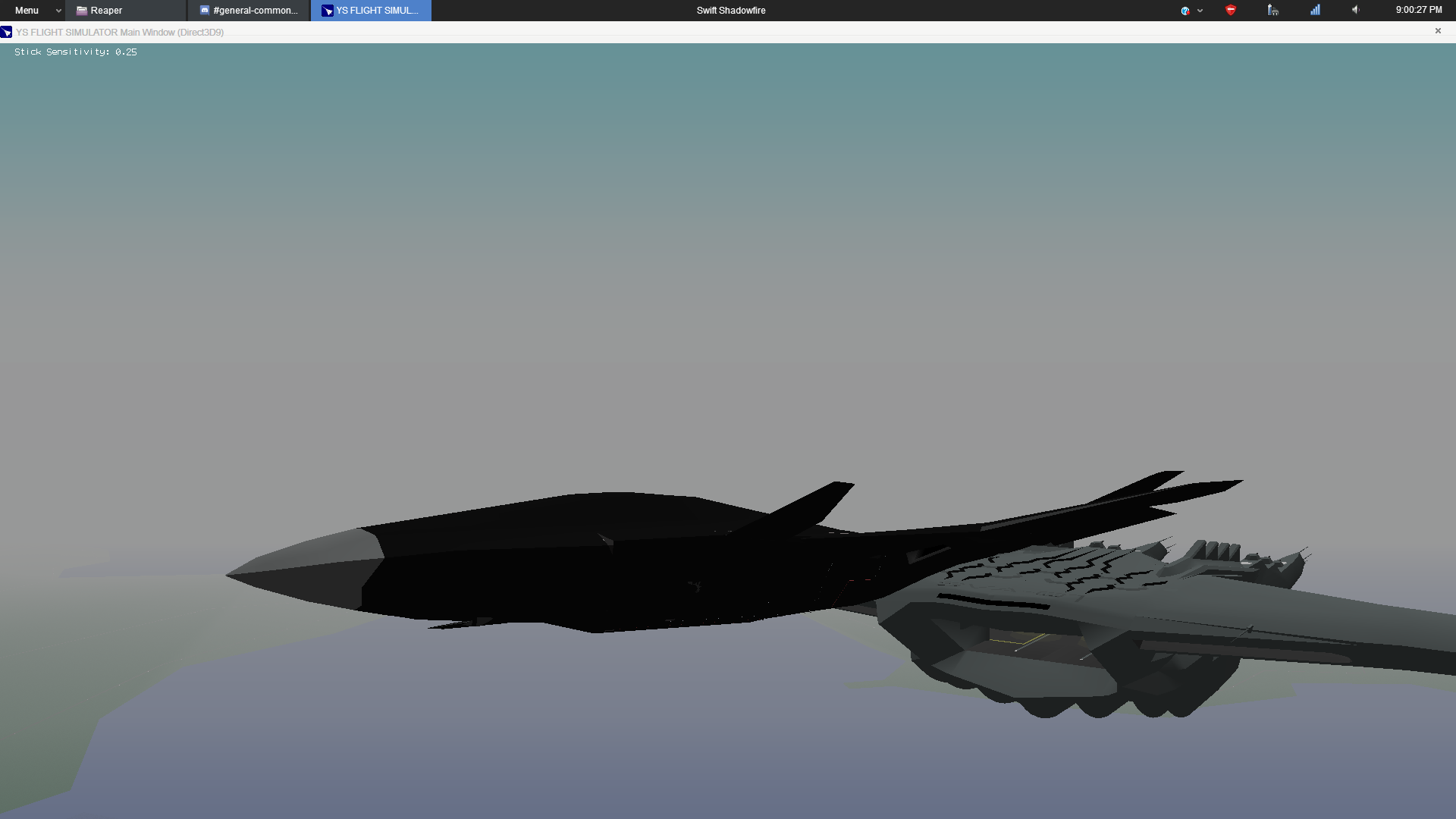 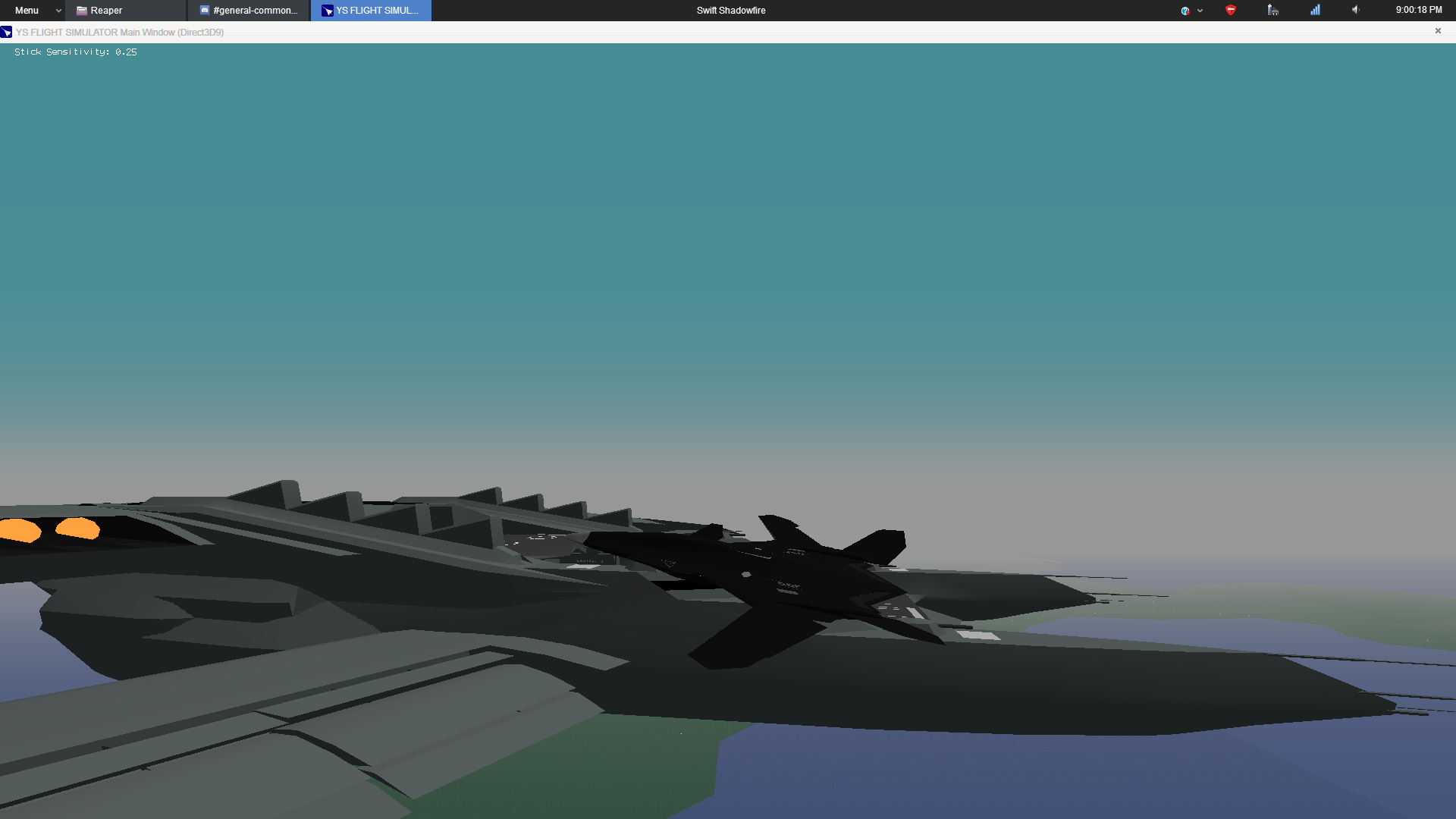 When will you release the heavy command cruiser? It looks interesting

When I throw everything else over the fence. It won't be added to any maps till I can figure out scenery editor a bit better.

I just did my second longest flight on YS (the longest was Tokyo-Haneda to Los Angeles), I flew from Tokyo-Narita to San Francisco on the GuamToSocal map on the Civ Av server. Herven A380 flying over the Golden Gate Bridge as it approaches San Francisco 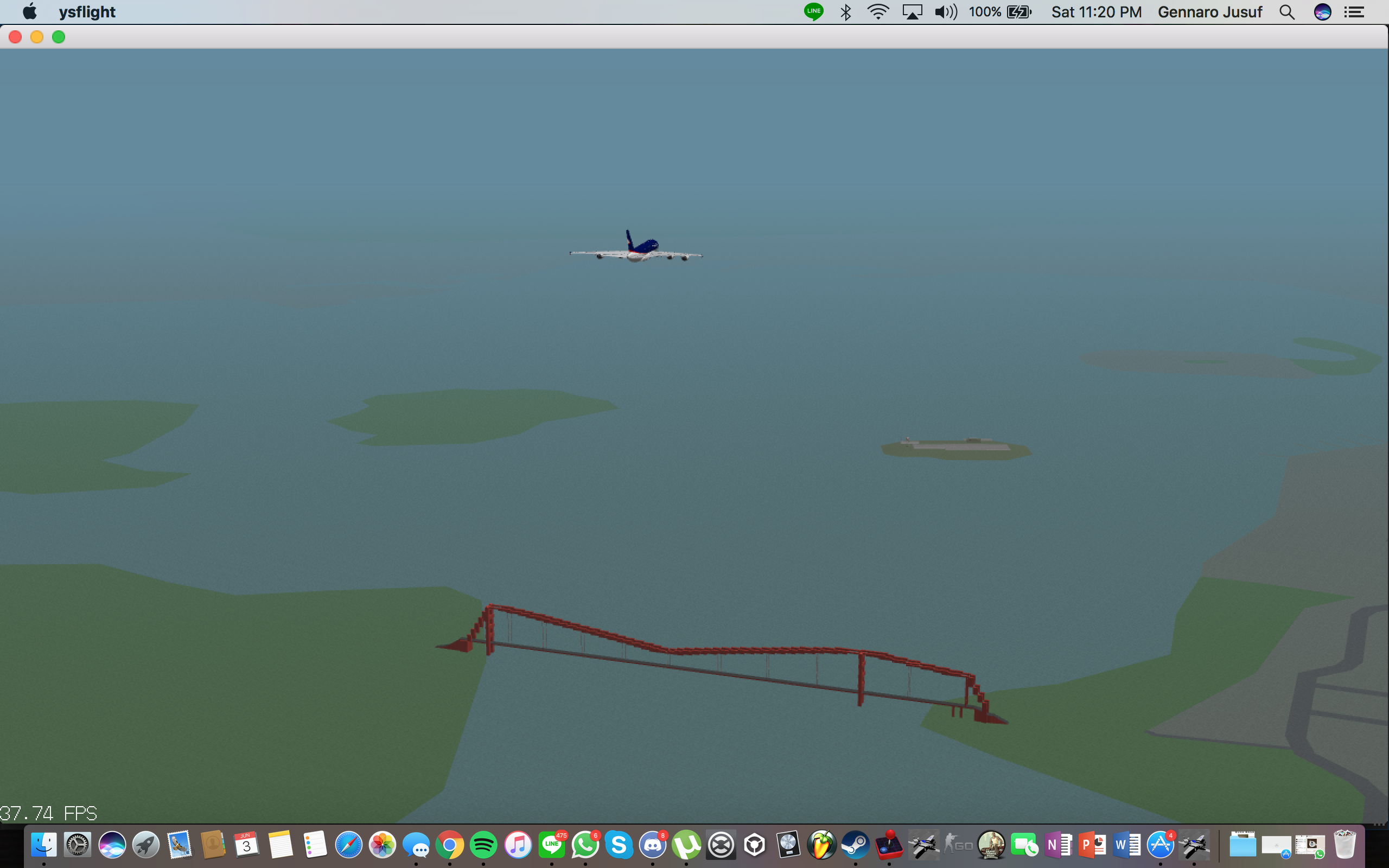