If there are any issues with your scheduled act in the show, please pm me as soon as possible so we can work to fix it! If the link to your aircraft has changed or there is an error, please tell me so I can fix it before the show. I am looking forward to hanging out with you all on Friday and Saturday for a great show!

Below is the diagram for the Fly-In Friday evening beginning at 7:15 EST. Each aircraft will start on Runway 33, and immediately takeoff. After lift off, contact Lakefront Tower WITH YOUR LOG IN NAME for further instruction. The aircraft will be limited to the Cessna Pack below, so please download it if you plan on participating. As always, let me know if you have questions or concerns.
AIRCRAFT download
viewtopic.php?t=7032 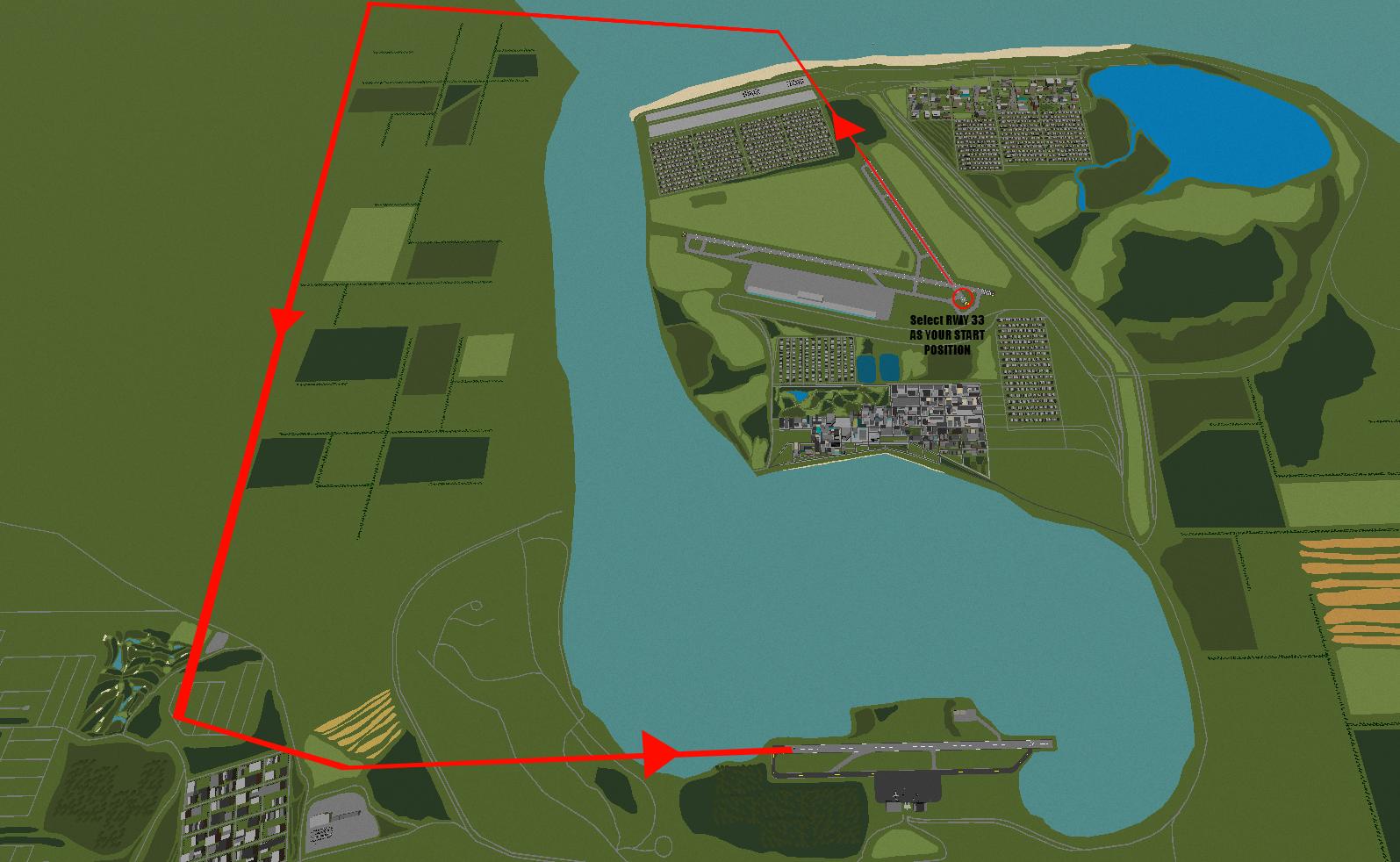 That makes life REAL easy. Kudos.
I am an accountant working full-time (and some). I'm not here as often as I would like to be. Send a message if you need me. There are a few people in the community who can get in contact with me urgently if you need - don't be afraid to ask. I just don't check here as frequently as I used to. Sorry!
Top

Is there going to be a live stream on You Tube? Like the last show? If so what time UK time?
Fliped out of the arena, again!

There will be a livestream on the YSFHQ YouTube account, It is provided on the first page, but I will post it again in the chat tomorrow. Show starts tomorrow at 7:15 Eastern Standard Time. You do the conversion from there.
Top

Today is the start of the 2017 Aerobatic Expo! The Fly in starts at 7:15 Eastern Time (6:15 Central) and we will go straight into the night show at 8 EST! Look forward to seeing everyone in the teamspeak: vbdjt.brcserver.us 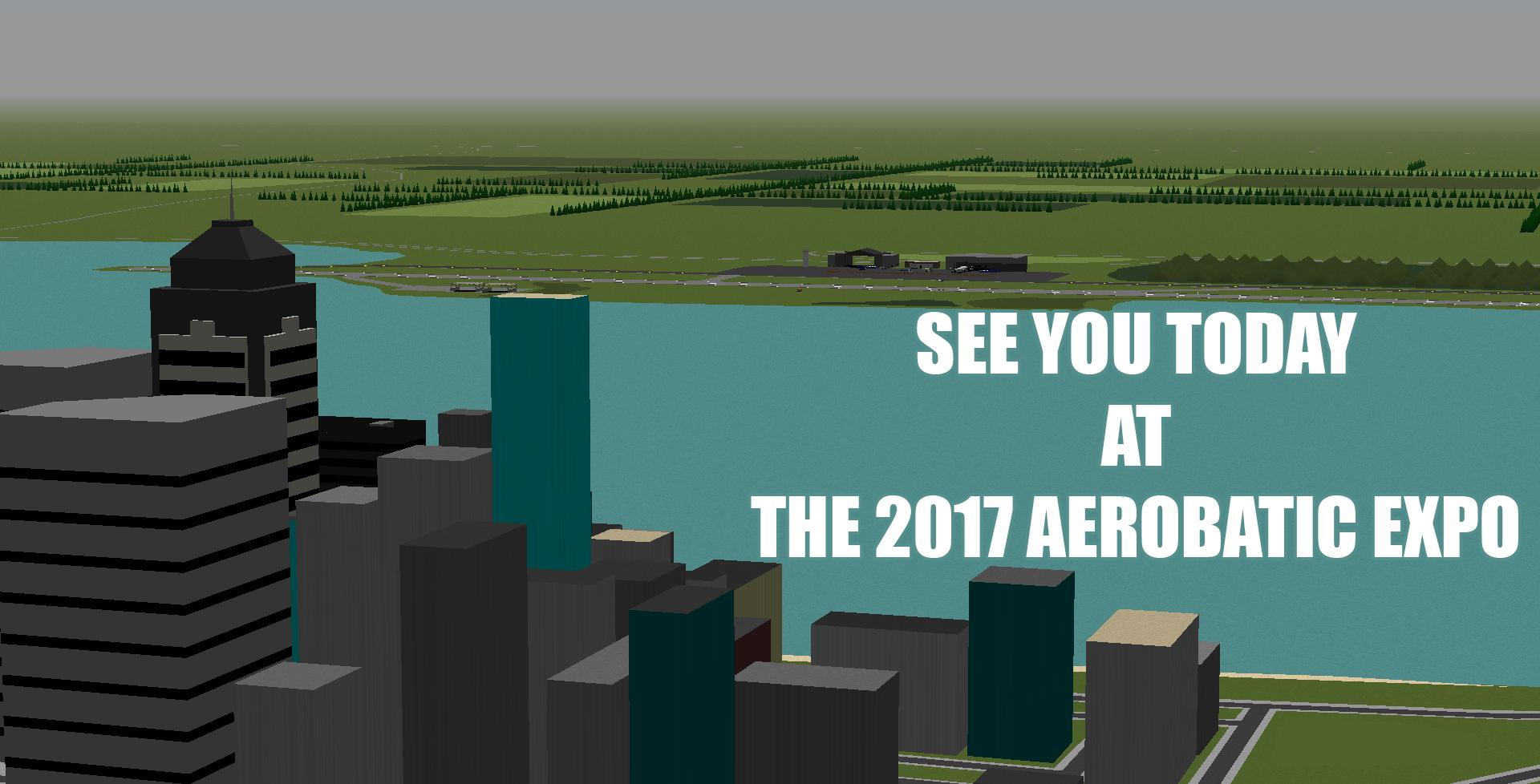 No, it starts in 3 hours and 12 minutes from this post time

OK.
Fliped out of the arena, again!

Hey everyone!
To address the issues tonight, there became issues with the server as the show progressed, and it was determined that it would be best to postpone all acts remaining from the night show to the day show tomorrow. If you were scheduled to fly tonight, you will be added to the schedule tomorrow at the time most convenient for you. The server IP for tomorrow has changed and will be
47.36.247.128
again, I apologize for all the issues tonight, but we will come out swinging tomorrow morning at 11:00 EST for the 2017 Aerobatic Expo! Hope to see you all who were here tonight and more tomorrow morning!
Top

Thank you all for an awesome weekend! Hope you all enjoyed it and I look forward to the next Air Expo! 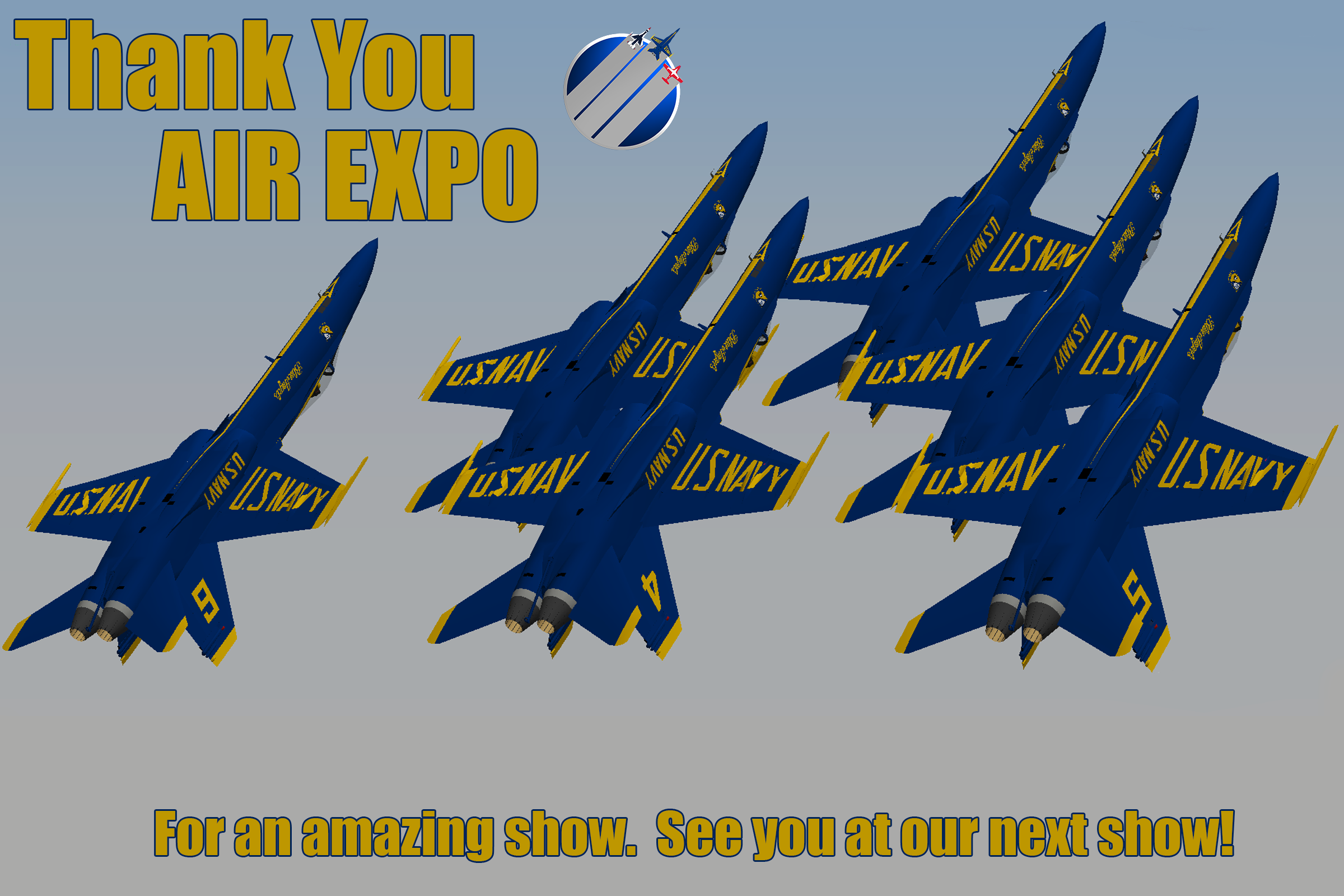