Why are the servers so empty?

YSFlight general discussion & everything in between
Post Reply
33 posts

Why are the servers so empty?

This game seems dead. Are squadrons even active anymore? Why are the servers so empty?
Top

Well, usually combat is at it's height during a good ol' war, especially when fueled by clashing ideas of how things should be done, or ya know, some salt. Still, at times people just fly and fight for fun, the two most common causes for this in the past were either a training event, or peacefully flying people getting stirred by someone who wants to pew pew pew.

Because nobody cares to fly online anymore. And/or the majority that used to get on decided to leave. You'd celebrate if you saw 2 people on one server. If you run into any of the squadrons, well, good luck figuring out when they'll have an event posted. Other than that, it's a barren wasteland.

Welcome to online YSFlight 2018, where nobody has one version of the simulator and clients can't connect to servers constantly because of netcode version interference.

You've arrived at HQ during a bit of reorganization, excuse our dust, the admin team is working hard in the background to give this place some new life. Keep checking the server list, and pay attention to any posts in mchat or the forum about events. There was an ATC event just a couple of days ago. Best of luck.

Also,
Join us on Fridays ~2000 Eastern time for Friday Night Flights on the CivAv server (yscas.ddns.net)
Check out my website YSDecaff for all my tutorials and addon releases.
Visit by Bitbucket page for Python codes: https://bitbucket.org/decaff42/ 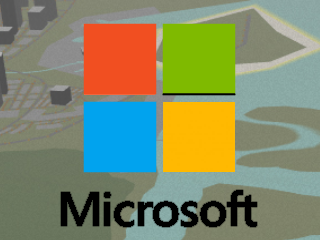 Another way to meet up with active players is through the aerobatic community.

Several airshows are hosted every year and they're a lot of fun. A group I work with, YSAerobatics.org, is planning a show as we speak. Hopefully one in the near future.

As for groups in the aerobatic community, check out the YSFlight Thunderbirds.
Check out our page: https://ysflighttbirds.wixsite.com/ystb
Discord: discord.gg/QreGU9p

Activity overall is definitely down, probably the lowest I've seen in my 17 some-odd years of flying in YSFS and being a member of the online community since 2002. That being said, not all is lost and some of us do continue enjoying this game.

Neocon (Patrick) runs Open YS (OYS), created entirely by Flake. It's an open-source server software program which allows pretty much any version of YS to join as a client. But most of us have not upgraded beyond the 2015 version due to reasons that have no doubt been discussed to the edge of the pizza and back, so I'll not go into that right now. Suffice it to say, get the 2015 version or lower and you'll be golden for the most part.

As has been pointed out, I began Friday Night Flights a couple of years ago, and there are those of us who join almost every Friday (barring real-life stuff or just being way too tired to fly), and once every now and then, we have ATC sessions (these are nothing like Vatsim, but they are fun nonetheless). Friday Night Flights are usually around 7:30 or 8:00 CDT (U.S.), unless Patrick is hosting Guam to SoCal (one of Patrick's awesome maps), then it might be at 7:00 CDT.

We had an ATC session this past Saturday. Had a total of 6 pilots flying around Florida, also one of Patrick's maps.

Do note that the norm is for any online civilian event to attract 2-3 players, but from time to time, you'll get upto 7 or 8 players. Keep in mind that sometimes people have school work (lot of students on this forum) or some other stuff that prevents them from joining.

Tbh I am back online I just haven't flown in a while. But all in all now im busy with trying to focus on scholing and work as well as repaint aircraft for my squadron. But in all honesty you will see me flying frequently. Even I have started to feel as though YS is beginning to diminish.
Top

Thanks for the link.
Top

I have observed this phenomenon in multiplayer servers, chat rooms, any real-time online space.

People have some sort of major problem being the first to arrive, especially in chat rooms. They value human presence, and when nobody else is there it is not a valuable place to visit. This is really odd human behaviour since there was now one person there, yet the user didn't value the existence -- of themself.

Maybe I'm a conceited egoist, but it often seems like I am one of the few people in the digital world who is content to join a group space that was empty. The way I see it, being first is the best, as I get first dibs on talking to or interacting with the next person to arrive.

(I think of it like a party: the first person there sets the atmosphere of the party and has full uninterrupted access to greet people as they arrive, and until people start to arrive, why look at all those snacks!!!)

YSFlight servers can suffer from this problem. I have observed, after accidentally leaving my client connected to a server overnight, with my plane just sitting there doing nothing on the apron, that the server becomes the most-visited server that night compared with others with a player count of zero.

So, WingedPotato, the truth is we're all here waiting for that special 1st person to join a server, then we'll all jump on the bandwagon. You can be that person. So fear not! Join an empty server, and join often. We'll see you there!

The "real" reason is we all grew up and discovered narcotics

My best times online were always as a group and playing with TS3 or discord. Just shooting or missions or messing around. I don't find it fun when I'm by myself, and after 10+ years, the novelty does eventually wear off.

Got a bit nostalgic, so I reinstalled everything and hopped on for a bit last night. Still had fun, even if I was alone.

Only the weak boast, only the humiliated insult. Honor is not shown by your prowess in combat, but by your character and ability to uphold others and stay loyal to them. Honor is union, honor is discipline, honor is pride.
Top

The CivAv server has actually been having more traffic for Friday Night Flights lately.

And you'll get a bunch of people (like five, sometimes as many as 15) on at one time occasionally.
Actual UltraViolet

Not sure if we've had 15 at once on the civav but eight for sure is the highest I've seen. Unless you were referring to airshow spectators. Recently this summer, we had a trans-Pacific group flight from LAX to HND. That was a blast.

This past Friday decaff, Neocon and I flew from GUM to LAX in the Guam-to-SoCal map and like for every Friday Night Flights, we had a great time. It took about 2 hr and 50 min. acf42 joined us a bit later into the session, flying around southern California. He joined us as we were landing at LAX (thus the screenshot posted by Neocon in the unedited screenshots topic). And Hornet joined us as well, so it was a nice turnout.

Hornet joined in with us Friday, as well.