Hello, everyone! It's been a while since I've made my own post on here, but due to the upcoming weekend I had to come back and give out the recent news.

So where has the team been lately? Well it's amazing to believe that such a small, "filler schedule" idea back then has turned into something this big, with even bigger and better plans for the future. We had made it our goal since our transition to become the first YSFHQ-developed virtual jet team to make it to the big leagues. After many months of continuous practice and preparation, just two months ago we had received the best news that we could ever hear; we have officially made it into VFAT 2018! 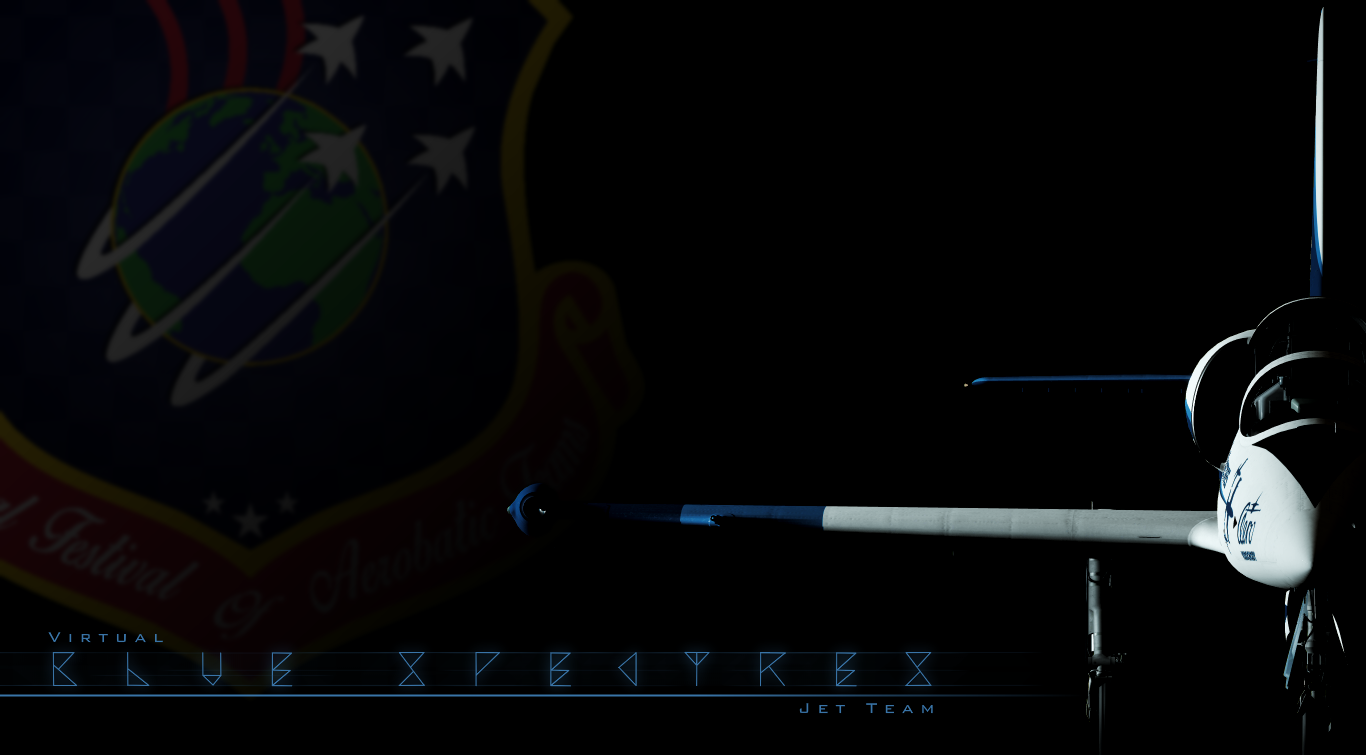 Our set flying schedule is Saturday, December 8th (this Saturday) at 9:00AM PST/ 11:00AM CST/ 12:00PM EST. It would be great to see some of you watching our performance and getting a glance at the tremendous amount of work that we've been putting into converting the very same performance flown in this flight simulator over to a more sophisticated and popular named platform. The stream will take place on VirtualAirshows' Twitch channel, which you can find either by googling or going to the main page on our website. We hope to see you there!

In the meantime, feel free to check out any of our new social media outlets, such as:

Also as an added bonus, we give you the early concept drawings of the VBSJT paint scheme's 6th phase, "Ceres!" 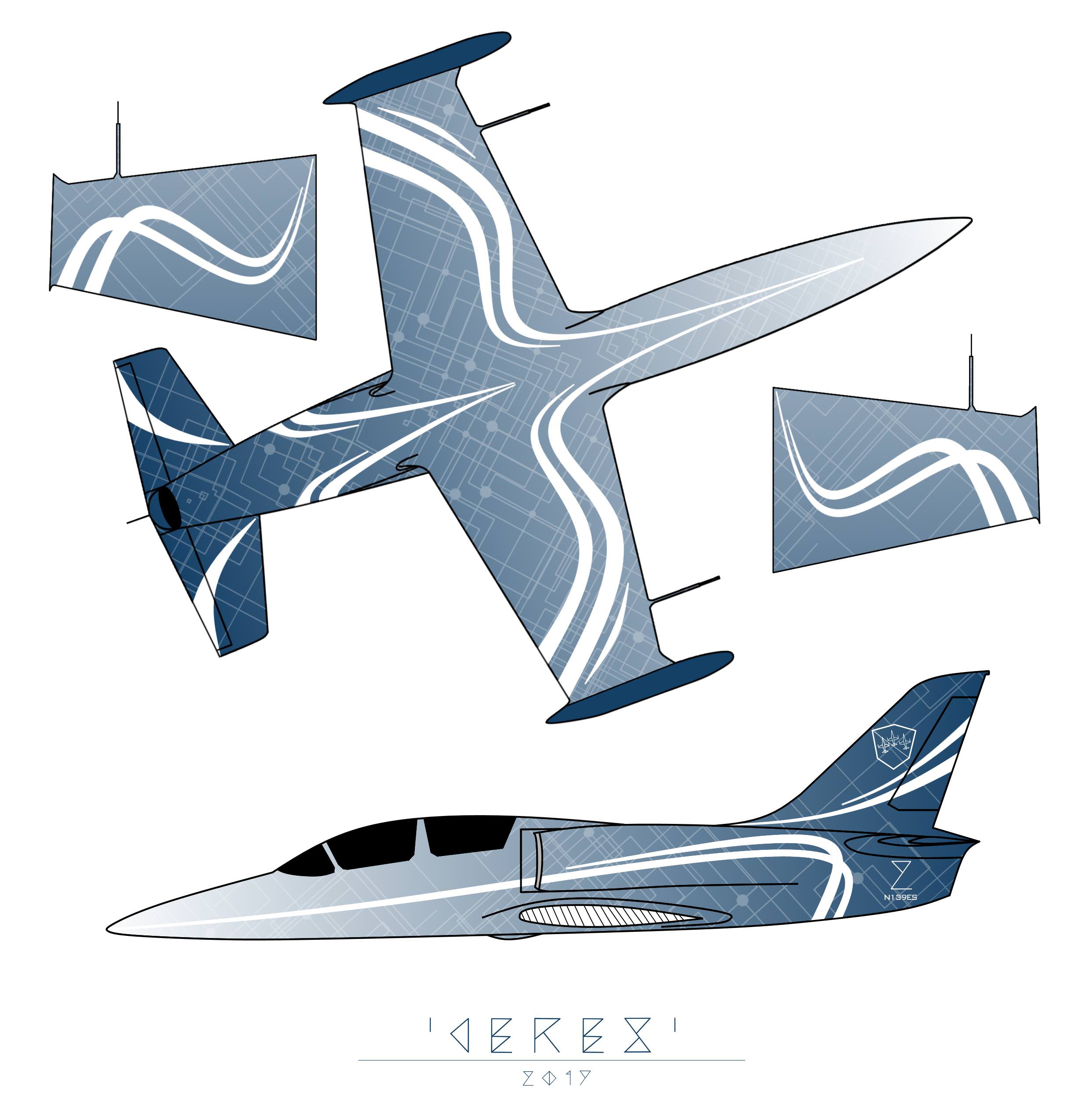 Really impressive to see how this team has developed over the years.

Will I be able to watch your portion of the show after it's been and gone? Working a lot right now.
I am an accountant working full-time (and some). I'm not here as often as I would like to be. Send a message if you need me. There are a few people in the community who can get in contact with me urgently if you need - don't be afraid to ask. I just don't check here as frequently as I used to. Sorry!
Top 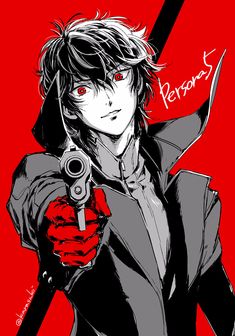 Congrats to the VBSJT, hope you shine out there.
To V2 or not to V2 that is the question.
Top

I look forward to next years show.

If you get to put video of the full routine uncensored up anywhere, I'd love to catch it!
I am an accountant working full-time (and some). I'm not here as often as I would like to be. Send a message if you need me. There are a few people in the community who can get in contact with me urgently if you need - don't be afraid to ask. I just don't check here as frequently as I used to. Sorry!
Top

I couldn't watch the livestream yesterday but just saw the demo in the video, you guys absolutely nailed it. But then again, knowing how you guys roll (literally and figuratively) I think the community has come to expect no less than perfection, which you deliver everytime (in YSFS and now DCS).

Also couldn't help but notice the comments as the stream went along. They now know what we've known for many years now

Yeah, it would be great!

Our DCS replay has been posted, but not publicized yet, and will be ready for download on our website once the time comes (Most likely within the next hour). A physical video/remastering of the performance including re-recorded narration by our announcer Coop will be posted on our upcoming Vimeo channel within this month to avoid any copyright notices/mutes/strikes from the YouTube platform's bot. Thank you.

Our 2018 "Element" paint schemes and replay track have been posted on our site! 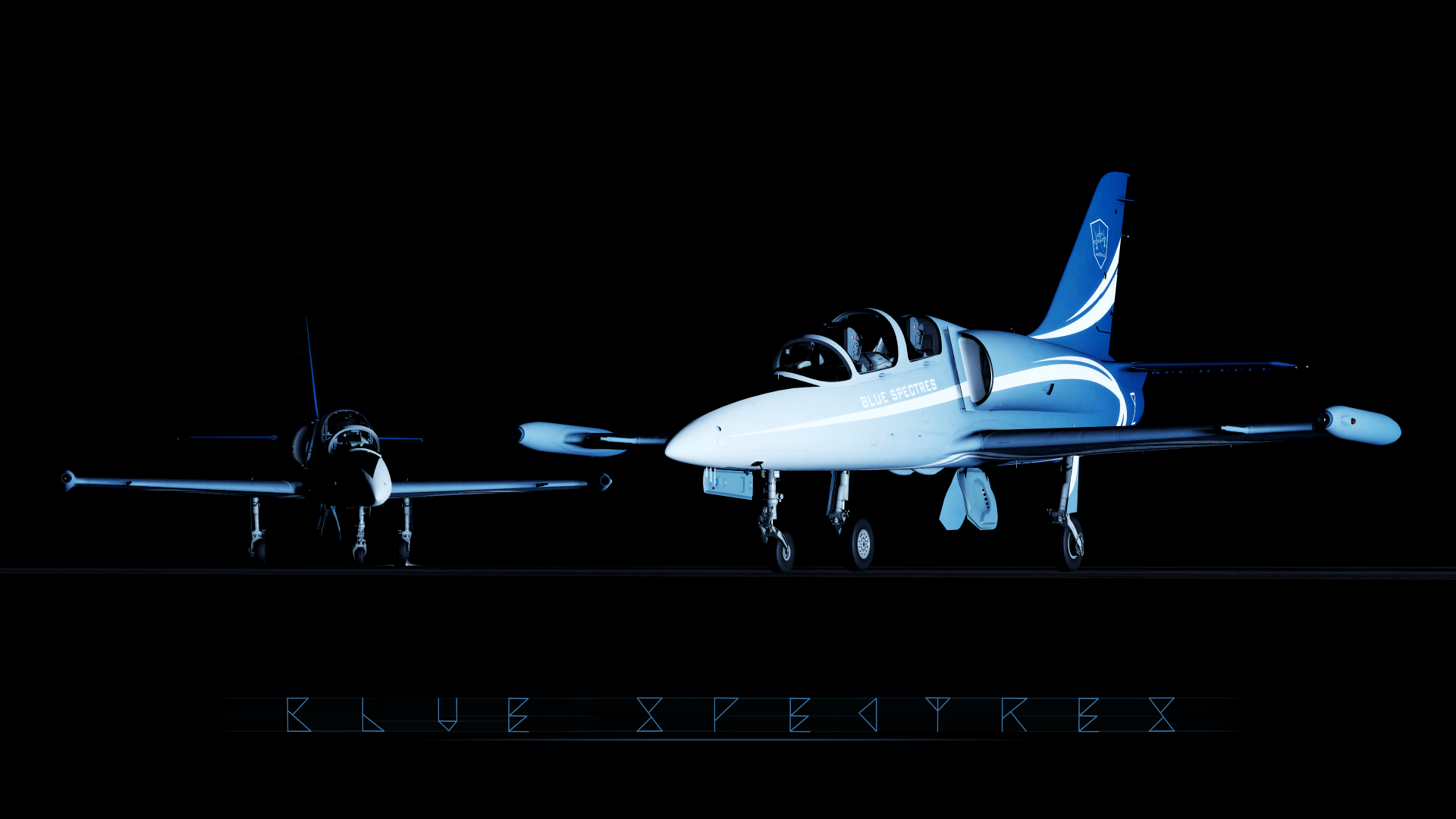 Thanks. But could you make your website be usable without JavaScript?
I could fully use YSFHQ site with disabled JavaScript, but see blank pages on your website:
http://i.imgur.com/YyKJjYj.png
/!\ READ YSFLIGHT HANDBOOK (online + PDF) | updated 2019/04/25

Thanks. But could you make your website be usable without JavaScript?

#damnitu2fly
Seriously though, that's a huge amount of work for someone just to please one person. Besides, the site looks amazing!

It's been a while since the last update about the team. This post is a personal invitation to those who'd like to see us perform once again, this time at Virtual Aviation Nation on the 19th of October. If you were unfortunate enough to miss us during Virtual Burning Lake, you'll get another chance at watching our L-39s perform maneuvers from this year's aerobatic routine. Please do note that we only fly on Saturday, the Fly-In day, meaning that it will be more of a mini-show, but a show well worth seeing nonetheless.

Hope to see some of you on the stream soon!
This will be the last appearance of our L-39C Albatros aircraft. 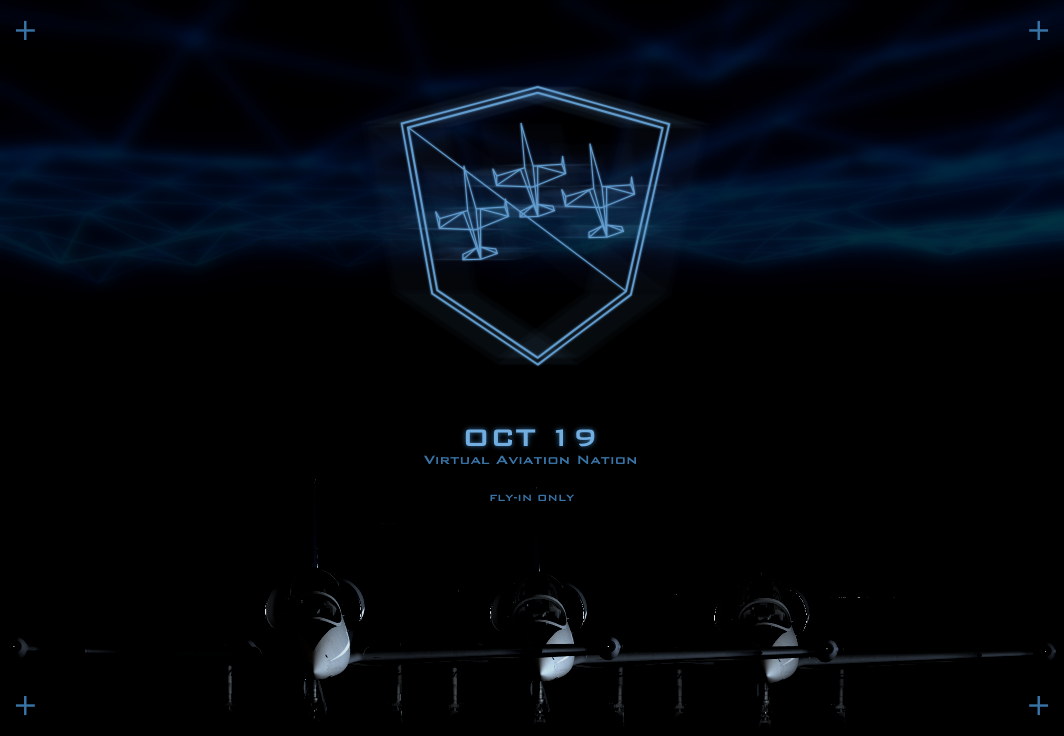 With the announcement of our appearance at VAN said and done, I'd also like to include images of our 2019-edition paint for the Spectres. Dubbed the name 'Ceres', the design is aimed at moving far from the styles of which generated 'Element'. Through contrast is displayed the differences and direct transition in style, better suiting our current flight simulator platform. 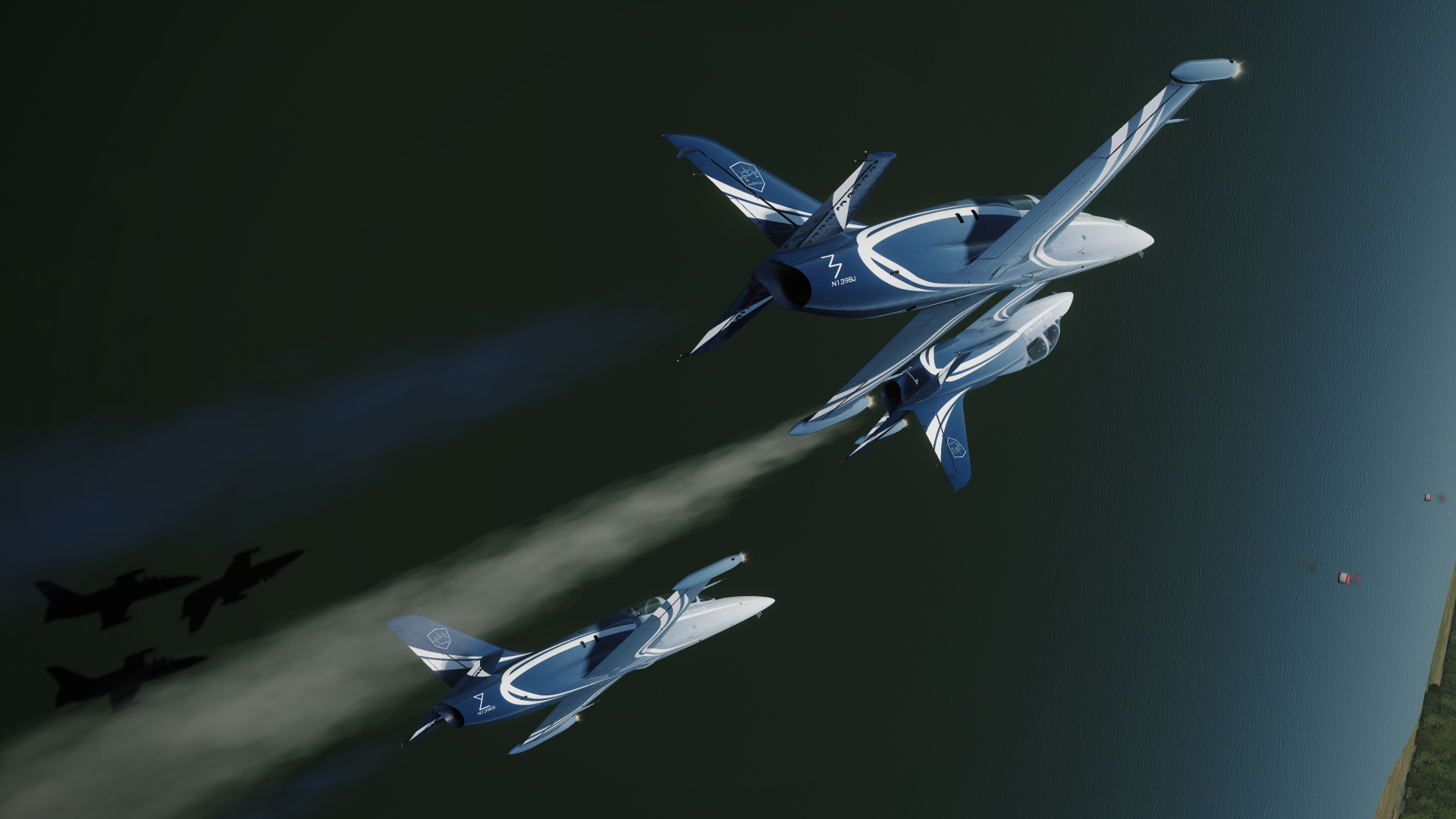 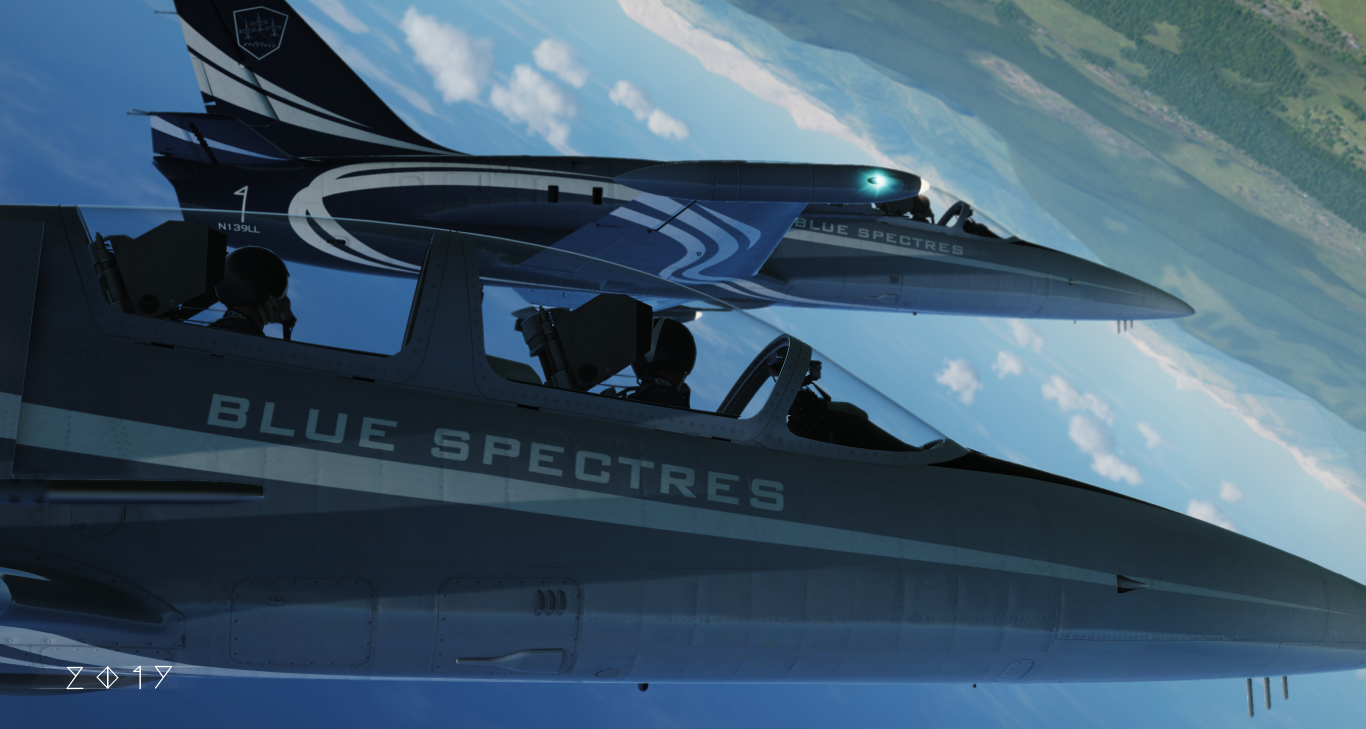 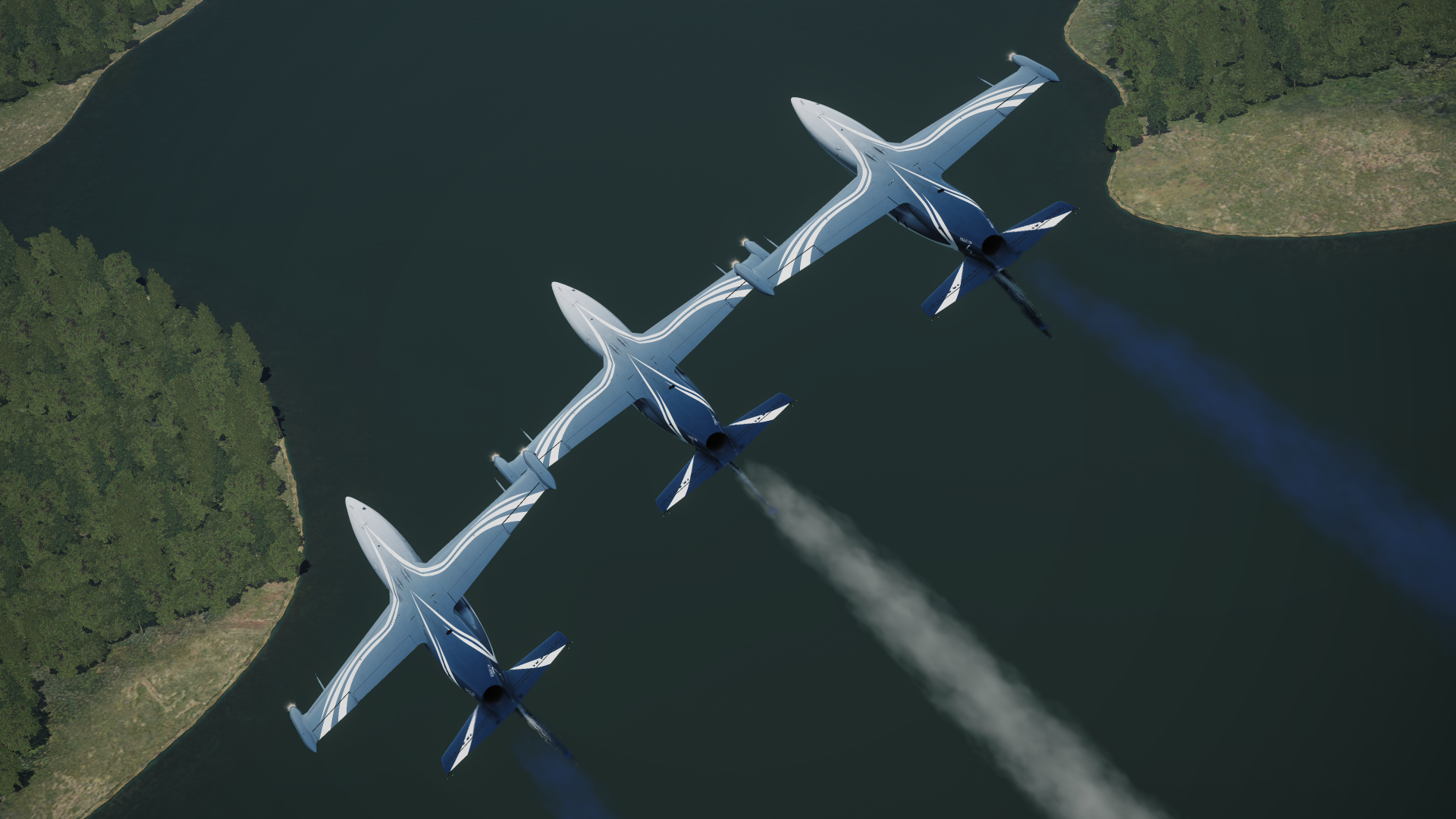 Happy flying guys, I haven't forgotten about this community yet!