I already posted few bug reports in his issues tracker on GitHub, but still has no reply Also want ask CaptainYS to patch YSFlight 20120701 (as he already did it for YSFlight 20181124) that should fix issues with paths under Linux
/!\ READ YSFLIGHT HANDBOOK (online + PDF) | updated 2019/04/25 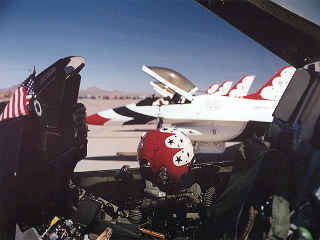 I do have active contact with him via personal email.

Although, I don't think your minor bugs or pathing issue on a 7 year old version of the program is worth bothering him. I'm sure he has bigger things to worry about than a few minor things that don't affect too much of the game's playability.

I wouldn't worry about it or overthink it too much if I were you.

Yeah asking for a patch for a 7yo version and expecting it to be done is just setting yourself up to disappointed.

Bug fixes will only be made to new versions and not old, deprecated ones. Say if MS found a Win 8 problem now they ain't gonna fix it unless you pay them to. Considering YS is a free game you're clutching at straws expecting anything to be done! Everyone else would rather the work went into the next version not an ancient one!
YSFHQ Elected Overlord
Overlord of VMFA-125 (CVW-171)
Previously Supreme Overlord of 323rd CAW
Friendly Neighbourhood Miscreant