Thought of the day.

TODT
Maybe I shouldn't have heard of Murphy's law, because ever since I heard about it, I will get extremely paranoids about any potential bad situation, even a small one
The A380 is ahead of its time. With the resilient passenger traffic growth for times to come (reference from Airbus's Global Market Forecast), plus congested airports, the A380 could not be ignored.

That part of getting older where I would rather munch on a bag of carrots at 11pm than that box full of brownies I got.

Somebody somewhere got a hold of the password I used for several of my social and media accounts and started logging into Twitter, Hulu, Spotify, and Twitch. All sites that use a certain e-mail address as the sign-in name. I was lucky to catch them as they were happening, no serious damage seems to have been done. I went through and changed passwords to pretty much every account I have that I wouldn't want to lose. I've also started setting up two-factor authentication for the sites that have that option.

All of this leads to my thought of the day. Your data isn't really safe. Two-factor authentication goes through a service that can be compromised. Password managers can be compromised. Far too many sites that operate using financial information (Hulu, CBS, Pandora, etc.) do not have two-factor authentication as far as I can tell. Am I any safer now than I was before this happened?

Oof. Sorry to hear your accounts got compromised.
Check out my website YSDecaff for all my tutorials and addon releases.
Visit by Bitbucket page for Python codes: https://bitbucket.org/decaff42/

Thought of the day: There are only two ways to deal with supply shortages when demand is high: Higher prices or rationing. The American government (and probably many others) has decided higher prices are illegal "gouging", so rationing is the only legal option.

My thought of the day: why is it that people say "I am on the airplane" instead of "I am in the airplane"? Because, technically, you actually are going into the plane, as opposed to on it i.e. you would be on the fuselage if you were on the plane, but you are walking into an airplane's cabin when you board it. It's a physical entity that provides an enclosure, and when you are fully surrounded by an enclosure, you are in that enclosure, not on it. See my point?

I have actually been thinking about this for a while now but I finally decided to put this here.

And if you don't agree with me, think about this: no one says I'm on the car or I'm on the store. 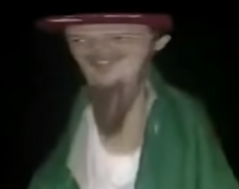 im on the bus
Top 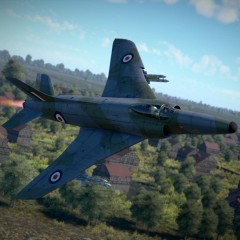 What most clearly expresses this to me is how I would say I am "on" a commercial flight as compared to "in" my own plane.
Top

Pipes_Gripes wrote: ↑
Sat Apr 04, 2020 11:02 pm
It seems that one is "in" something that they control (their own car, their own location) as opposed to being "on" something that is out of their control (A rollercoaster, bus, etc.)

What most clearly expresses this to me is how I would say I am "on" a commercial flight as compared to "in" my own plane.

Yeah, I can ride in a car that somebody else is driving. Boats are somewhat problematic because I might step into a small boat, but I almost always think of stepping "onto" a larger boat or ship. I would never fly on a helicopter because the rotor blades spin too fast.

Consider this: "I'm in a seat on a plane." Well, you are inside the plane, not on it, but you are sitting on the seat, not in it.