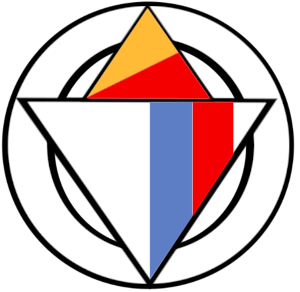 This server is the official hub of the 2nd United Combat Wing, the most prominent combat squadron currently active in YSFlight, and its aerobatics branch, the YS Military Airshows Association (YSMAA). While it's public, this server is also our hub for official squadron uses, including the hosting of all YSMAA airshows, and managed by myself (Wedge/HawkbitAlpha) in conjunction with the other HROs. It's common for us to change the server's map without advance warning, either for training purposes, or just to simply mix things up. On rare occasions, it may be locked to non-members.

If you have any questions or requests, you can contact us at our Discord server!
Last edited by HawkbitAlpha on Sat Dec 04, 2021 12:16 am, edited 24 times in total.

Our server will now be engaging in Lights-Out Saturdays! It's exactly what it sounds like: once a week on every Saturday, the 2UCW server will be switching to night time. Because what else are stealth aircraft for, after all?
Last edited by HawkbitAlpha on Mon Mar 15, 2021 3:26 am, edited 1 time in total.

Uhh, that would be Monday in my time rip
Never ask a man his salary,
A (i completely forgot)
A Me 262 pilot, how many times his plane's engines caught on fire.
Top

Just curious- why’s the server offline? I’d love to be able to fly around on here.
Hover lover.
Top

I see. Can’t wait for it to re-open!
Hover lover.
Top

I've been flying the YSMajor VFC-111 pack lately and I was wondering if there was any chance we could have it added to the server. I've really enjoyed flying in this server so far, so thanks for keeping it operational!
Hover lover.
Top

Bear wrote: ↑
Tue Mar 16, 2021 1:40 pm
I've been flying the YSMajor VFC-111 pack lately and I was wondering if there was any chance we could have it added to the server. I've really enjoyed flying in this server so far, so thanks for keeping it operational!

At the moment, the server is run off of one of my own computers, which means that it runs a bit slower in bandwidth than we'd prefer. That also means that the log-in times are longer than they should be, so in an effort to counter that, I've been limiting how many large packs are allowed on the server. If I ever move it to a VPS, though, maybe then it can handle bigger packs like Major or OCP without running at a snail's pace.

This Saturday, the 2UCW server will be temporarily repurposed to host the YSAA Warbird & Light Aviation Show! That event will take place on the server using our normal IP address, so if you're wondering why you can't connect like normal on Saturday, this is why.

Big update! As I announced recently in the mChat and HQ Discord, this server is now the interim home of the HQ Friday Night Flights, and will be switched every Friday night to a specialized YSCAS-like build for the purpose. I've updated the addons list spreadsheet linked in this thread to include two new tabs, both of which contain the aircraft and scenery that are installed on the FNF version of the server.