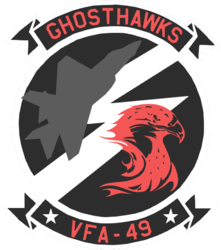 The squadron wars of 2017-2018 brought about a level of ysflight combat that had not been seen for years in the community. Such intensity led to a military buildup and technological race on both sides of the conflict (BoH vs GRUN/SARF). Much of that took place outside the public view, with addon packs being shared privately between the squadrons. We seek to rectify this and share with YSFHQ much of what we were working on.

, this is really an excuse to attempt finishing a lot of these projects that I'm fond of. What's uploaded here will be in a Work In Progress state, so don't expect much polish. If all goes well a release version will go live sometime this year (no promises).

Note, this stuff isn't 100% my work, pretty much everything here has had infinitely more talented hands from BoH contribute! Detailed credits in readme

I'll add some context to each upload in order to provide the reasoning behind each project and if/how it was used during the war. No drama! Just fun ys history 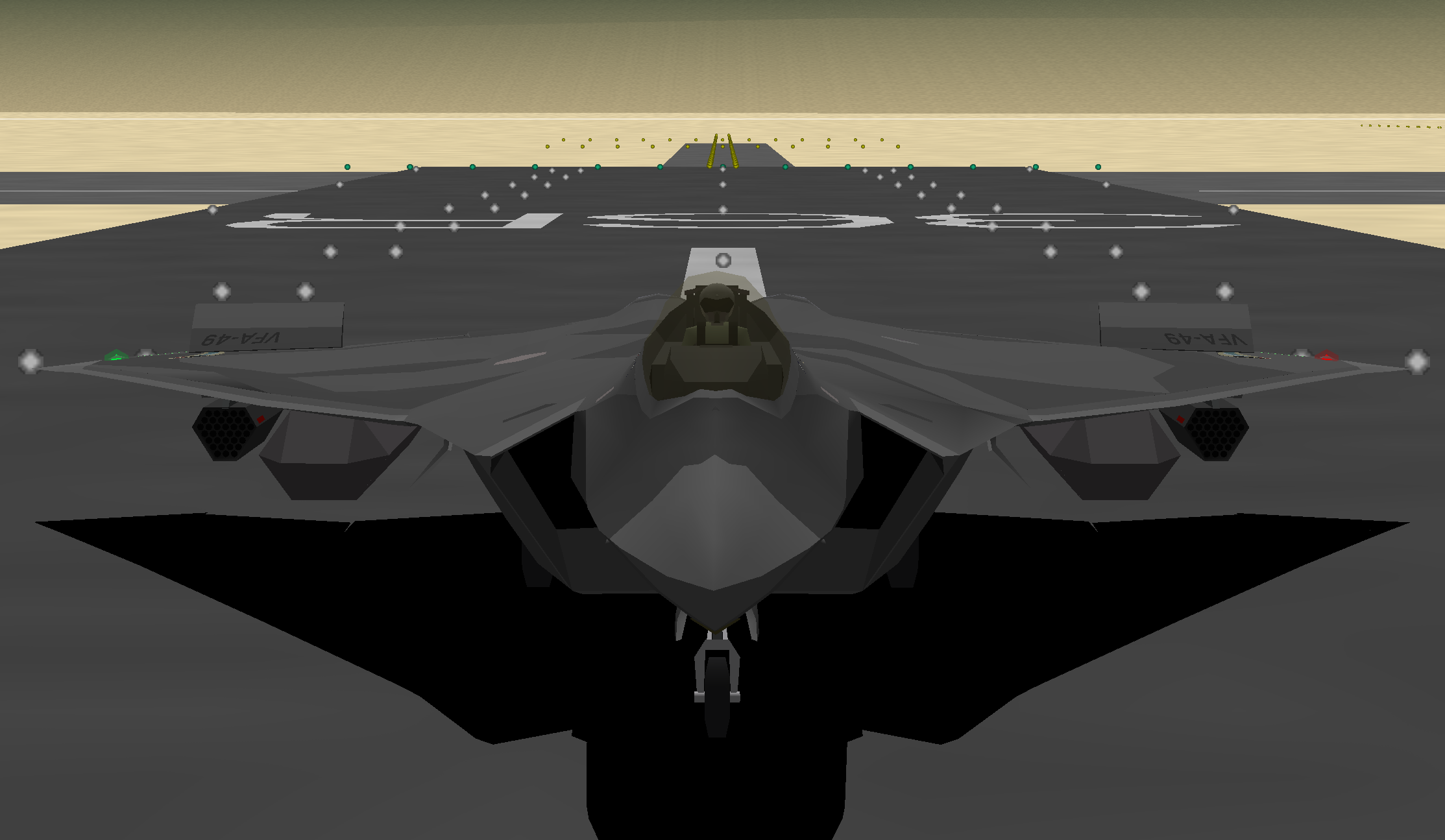 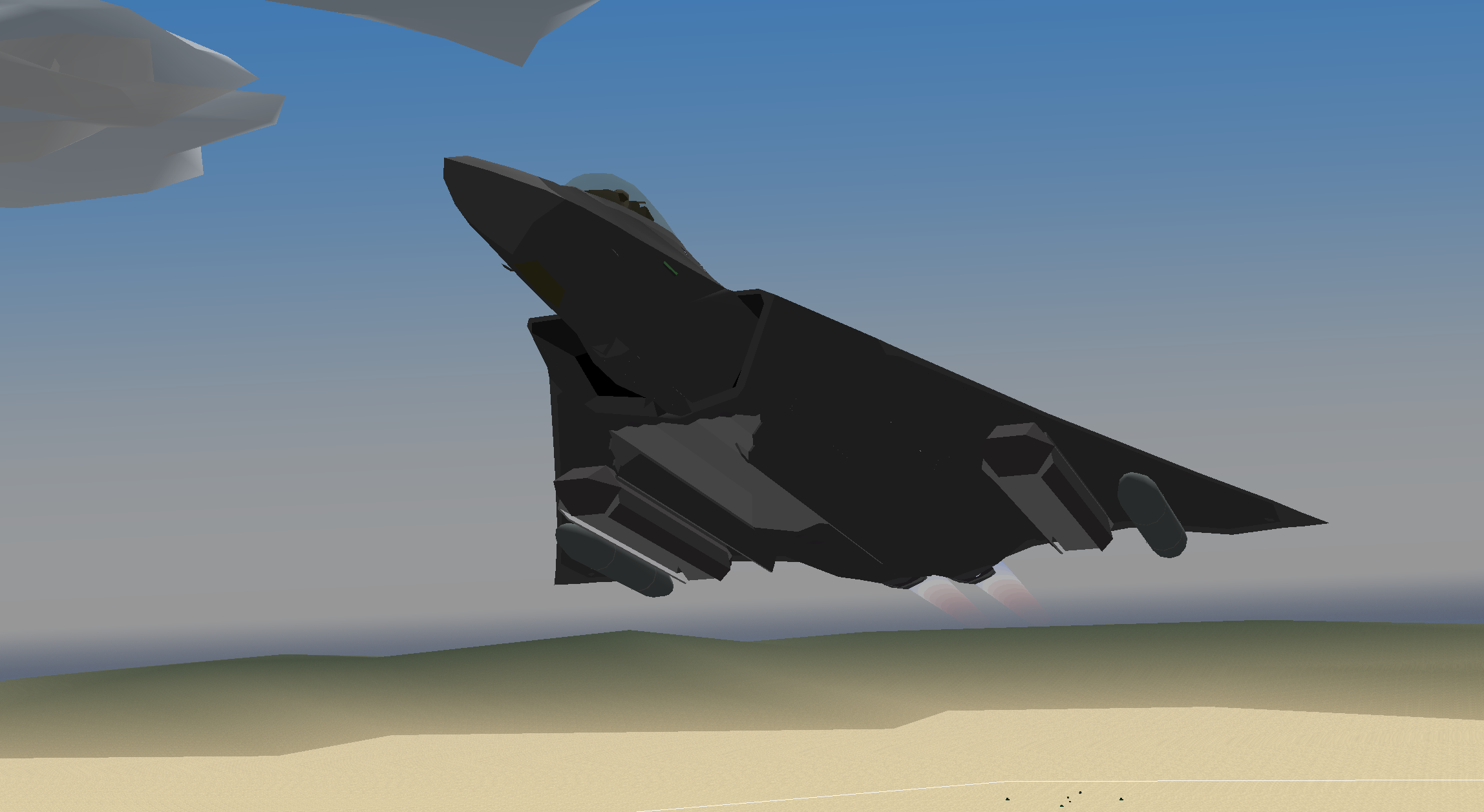 Once GRUN/SARF established their base at the beachhead north of Madobe they proved to be extremely difficult to attack, even with pinpoint SEAD from the 49th's Night Cobras and 171st's VFA-82 divisions. BoH command agreed to split their forces, with the 171st focusing on eliminating the enemy fleet while the 49th would wipe out the beach's deadly web of anti air emplacements. The 49th's venerable FB-22 bomber soon proved less than ideal for the task, however, not being able to load munitions larger than the small diameter 250lb unguided bombs.

Thankfully, this was an easy problem to resolve. By adding specially shaped external weapons pods, the fighter bomber could increase it's offensive payload by a large margin while still retaining it's stealthy profile. When stealth was less of a concern, large rocket pods or external fuel tanks could also be added. During the latter half of the conflict a rumor began circulating that GRUN was about to launch a huge wave of armored ground forces in a strike against one of the 171st marine bases. With BoH's own armor in short supply, the 49th scrambled to implement new weapons systems that could be used by Close Air Support (CAS) aircraft in danger close scenarios. 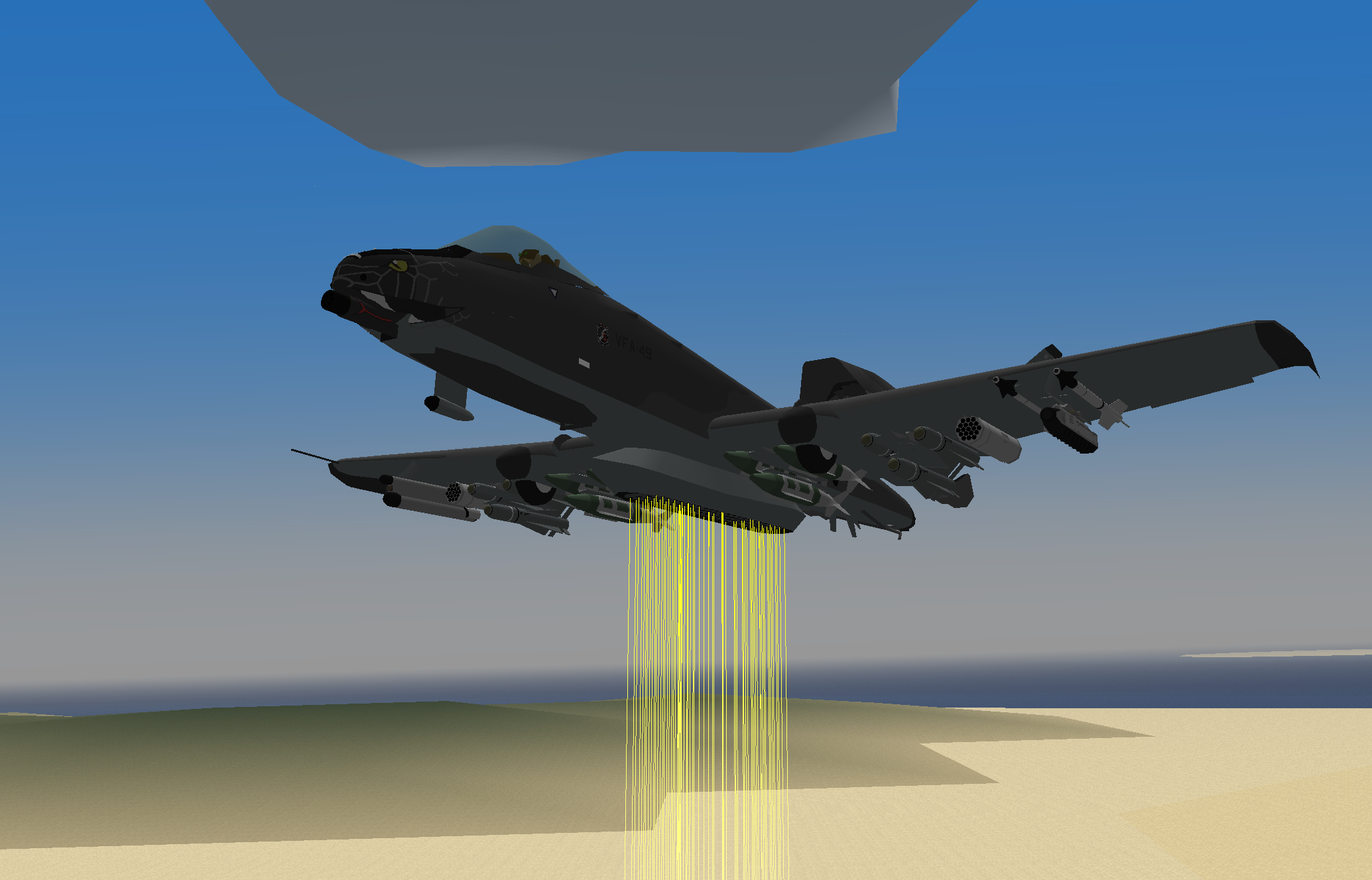 A long forgotten weapon invented by a legendary engineer known as Mh3w was brought online and fitted to the 49th's A-10 TVC airframe. Known as METALSTORM, this system could fire small projectiles at an insane upper limit of one million rounds per minute. Despite the low caliber, the overwhelming amount of fire was expected to make quick work of lightly armored vehicles and supply trucks. 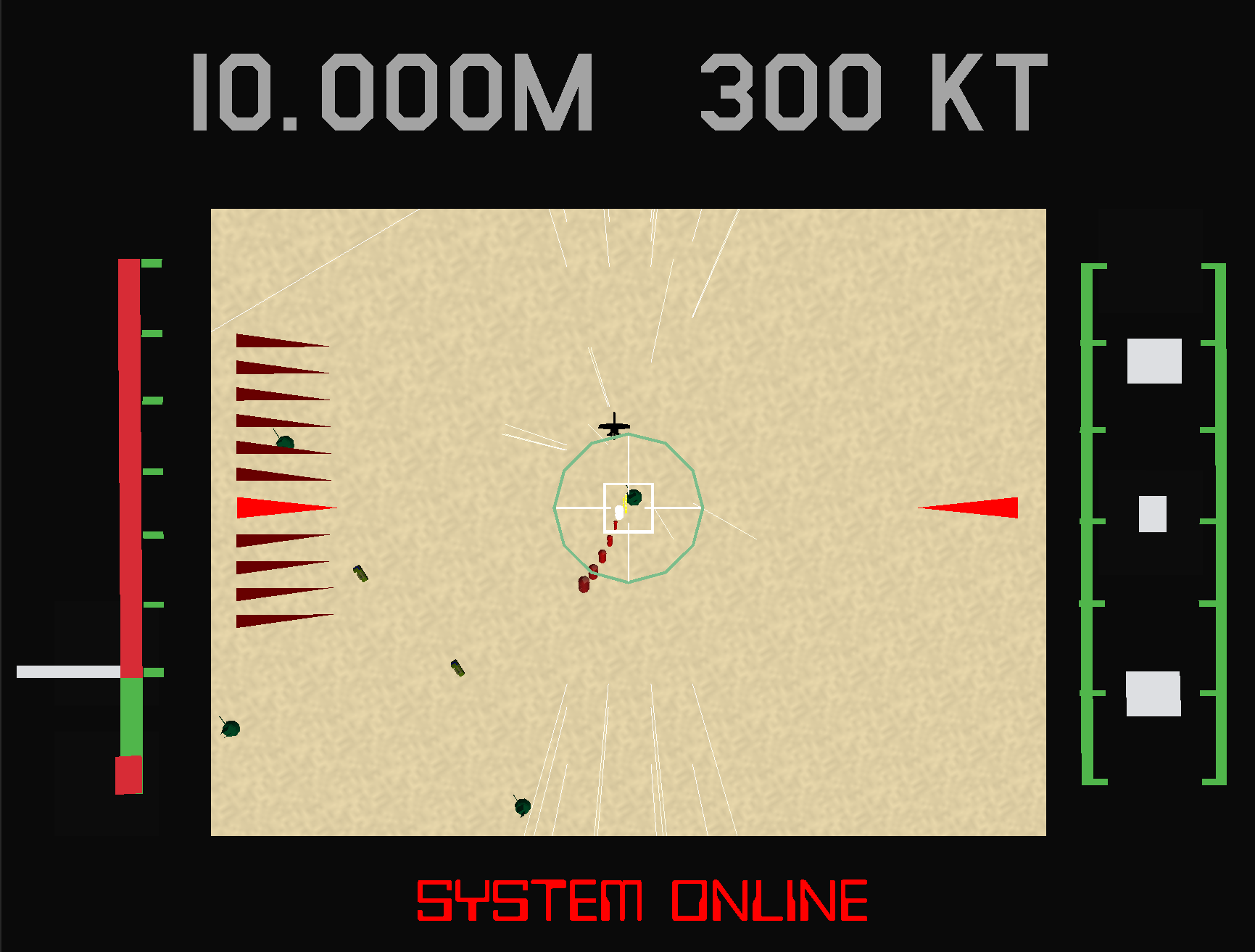 An augmented reality system was installed to give the pilot a direct feed to METALSTORM's targeting cameras. Since it is a fixed weapon, aiming must be done manually. The MS A-10 still retains use of it's GAU-8 cannon, albeit with computer aided fire. Unfortunately, the added weight of the METALSTORM system means we cannot load heavier depleted uranium rounds, thus the cannon's damage output is reduced.

Thankfully, the ground assault never arrived, leaving METALSTORM relegated to basic testing. The system is still of interest to VFA-49 Command, and is planned to be deployed again in the near future after more development. 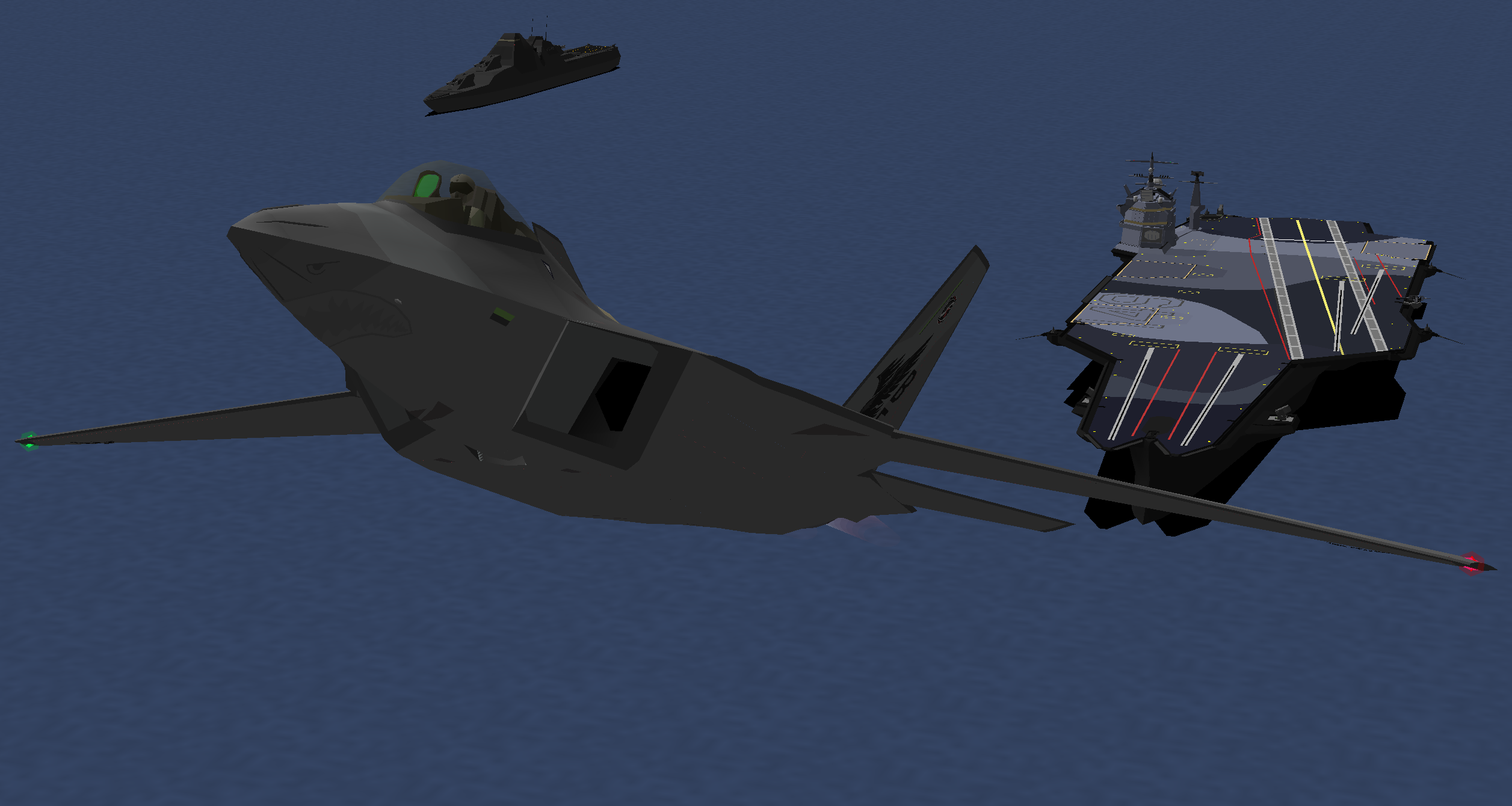 The initial days of the war had Black Falcons' pilots struggling to keep up with the constant attacks by GRUN bomber forces all over the island chain of Hawaii. Defending the fleet of our new allies in the 171st required rapid response, which led to heavy use of the swing wing interceptor version of the 49th's Raptor platform, due to its reliability and rapid deployment. Grizzled veterans of these initial confrontations were eventually allowed to paint "sharkmouth" faces on the nose of their raptors, in a homage to wars of the last century. (Albeit with more subdued grey colors) When SARF joined the war in full force, GRUN immediately gained access to advanced technology and a suite of new fighter aircraft. The 404th, 171st, and 49th's most advanced planes were suddenly being outmaneuvered and outgunned. Determined to match this new threat without relying on reverse engineering the enemy's planes, the Brotherhood turned to an up and coming 171st engineer by the name of Copperhead. He had the ingenious idea of modernizing a previously mothballed fleet of YF-23 Blackwidow fighters with the latest in engine technology and computer controls, using a flight profile that was crafted to be just enough to counter the SARF aircraft without destroying the airframe or killing the pilot. Two similar airframes resulted from this program, one more dedicated to pure dogfighting (VFA-131) and one (VFA-49) fitted with an advanced Infrared Search and Track (IRST) device which allowed us to hunt down enemy aircraft that were previously invisible to our radar systems. 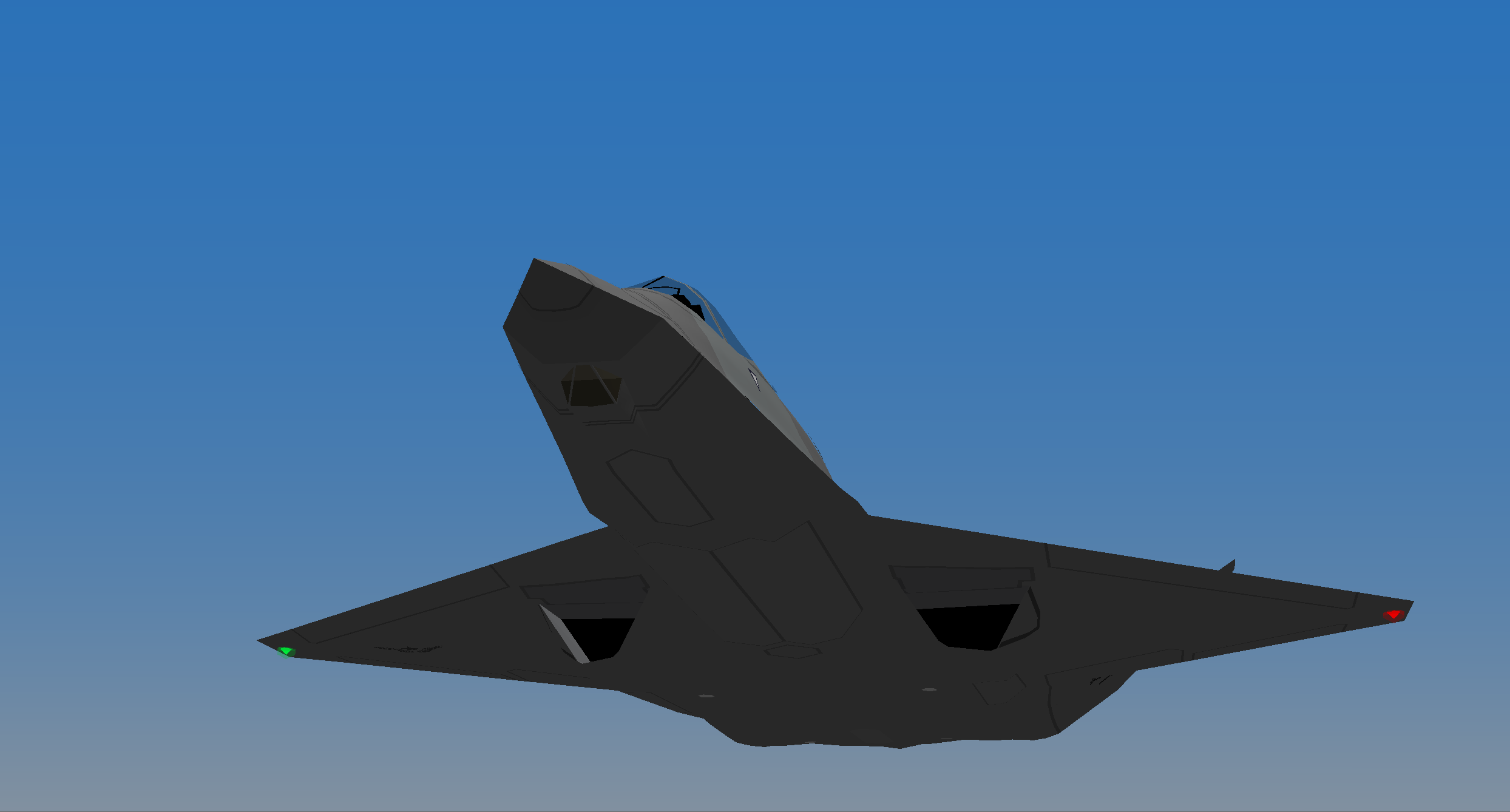 These new aircraft proved immensely valuable, allowing BoH to counter the new threats and gain the upper hand in the conflict. A 404th AWACS pilot by the name of Greenhorn (being a talented artist) was commissioned to portray a pivotal air battle just outside the island of Madobe: 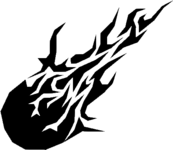 Well before any conflicts with other squadrons, the 49th Ghost Hawks recognized that they're air force lacked a proper gunship. The A-10 TVC was excellent in the CAS role, but something with more of an overwatch capability was needed. The obvious choice was the AC-130 gunship platform. The 49th's 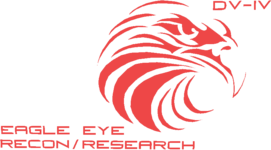 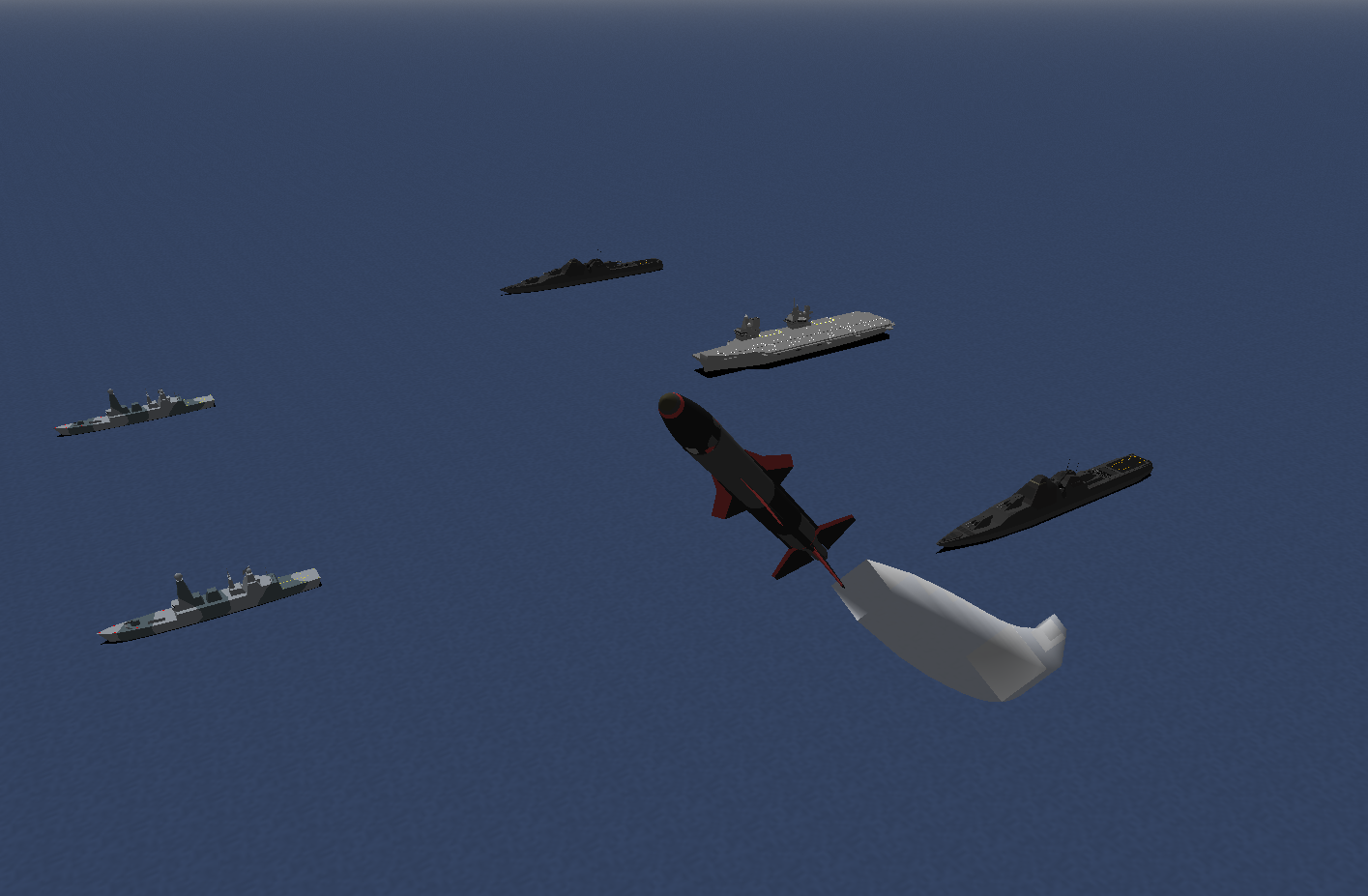 When the combined fleets of the 49th and 171st finally steamed into position near Hawaii, BoH was able to launch long range strikes from their cruisers and destroyers. However, fleet commanders soon found that their tomahawk style cruise missiles, while effective at hitting enemy ships and beach defenses, were being destroyed well in advance of reaching their targets by extremely quick enemy interceptor aircraft.

Fortunately, the resident genius behind the GhostHawk's technological advances, Darkness of Enigma, had already been working on two new missile systems that would fire in a more ballistic trajectory and travel at much higher speeds. These would both be launched from the vertical launch tubes of the larger cruisers in the fleet. 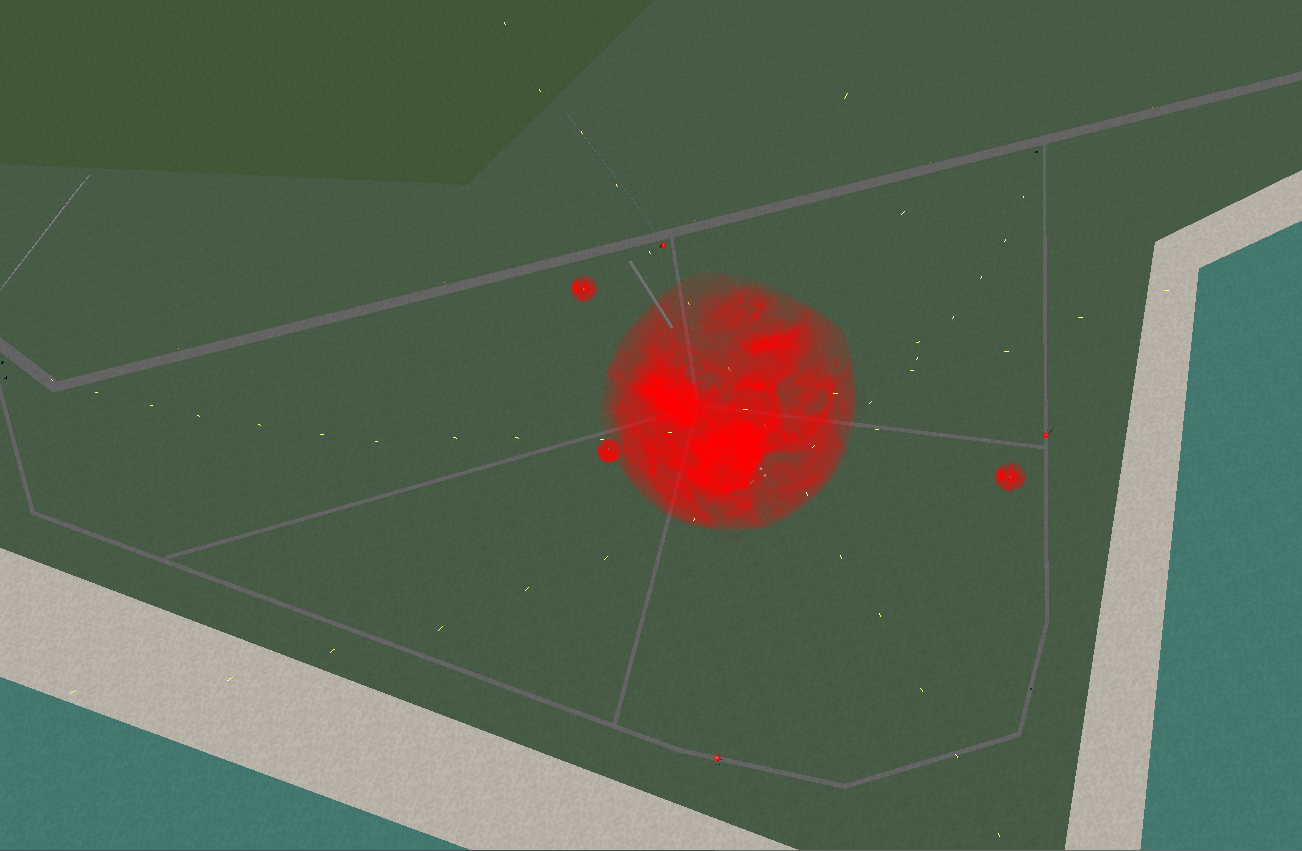 The simpler of the two, ACM_2 carried a large, concentrated payload, effective at wiping out enemy motor pools and lightly defended areas. The more advanced M.P.M.S. featured a smart cluster munitions payload. After an ballistic entry phase, the missile would deploy flaps and slow down just as it approached the target from above, then deploy it's initial standard payload. This would reveal 8 independently targetable missiles that would rapidly engage all nearby threats. Although these micro missiles could not damage GRUN's ships, they would prove extremely effective against enemy vehicles, wiping out entire armored columns in a blink of an eye. 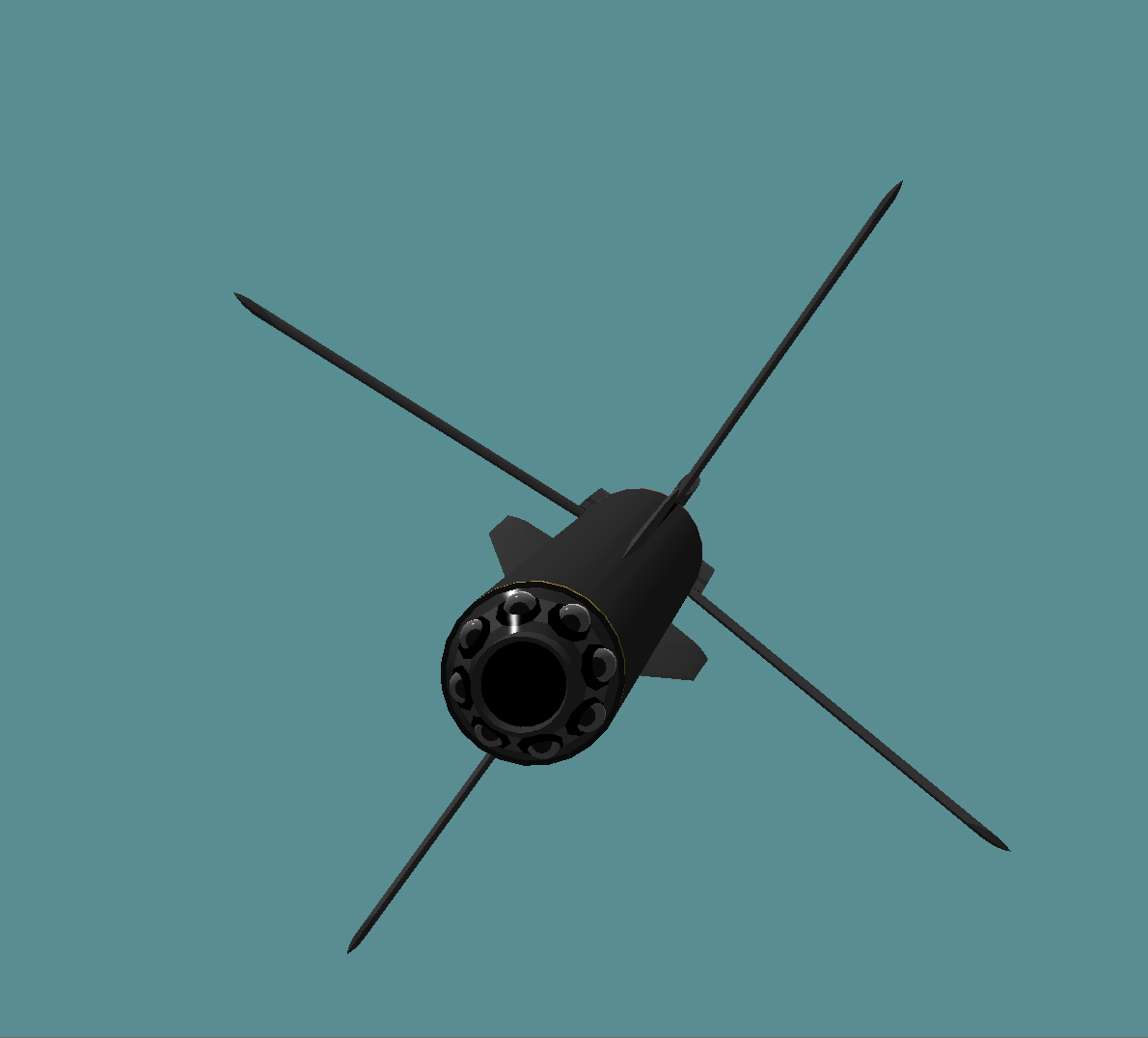 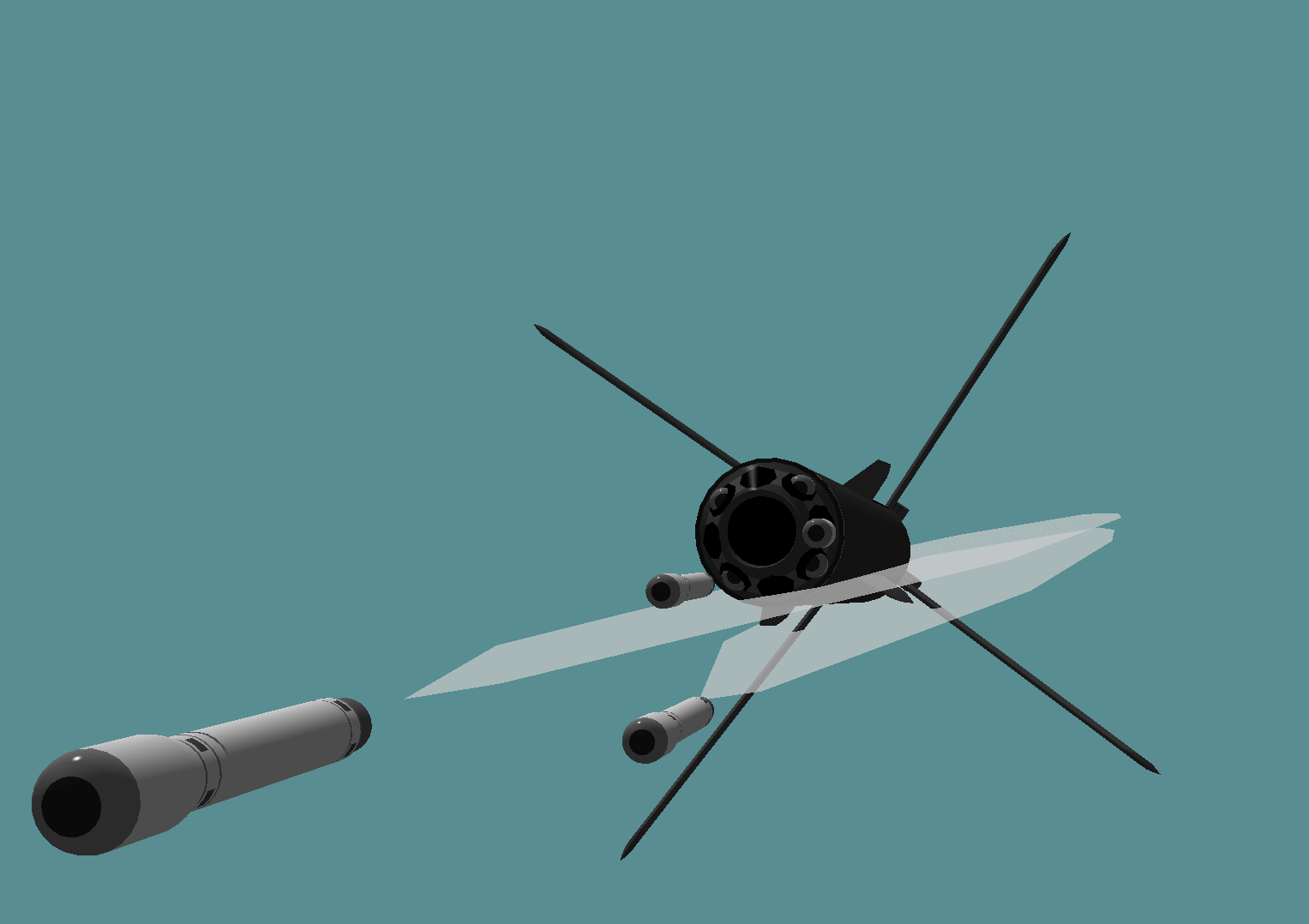 Most of the amazing aircraft Darkness of Enigma designs are not actually pressed into frontline service with the 49th, as their advanced designs and new technologies make them expensive and challenging to maintain. This began to change once the 49th Ghost Hawks began encountering GRUN's frontline aircraft for the first time. Although their SU-37 Terminators were easily detected by our advanced F-22 Raptors, data recorders of these fights showed the GRUN aircraft demonstrating far better than expected flight performance, mostly due to engine output.

Clearly, GRUN-SOL had managed to make their 37's fly even faster. To this day we are still unsure how they managed to increase thrust without redesigning the airframe to accommodate larger engines and greater stresses, and/if they were using a special blend of fuel. Regardless, our Raptors were proving ineffective against this new threat. The IKAROS was a secret project created by D.O.E. before his recruitment into the 49th. It's quad, 2D vectoring, afterburning turbofan engines and swing wing design proved just enough to counter the GRUN SU-37, to the relief of many GhostHawk pilots fighting during those early days. 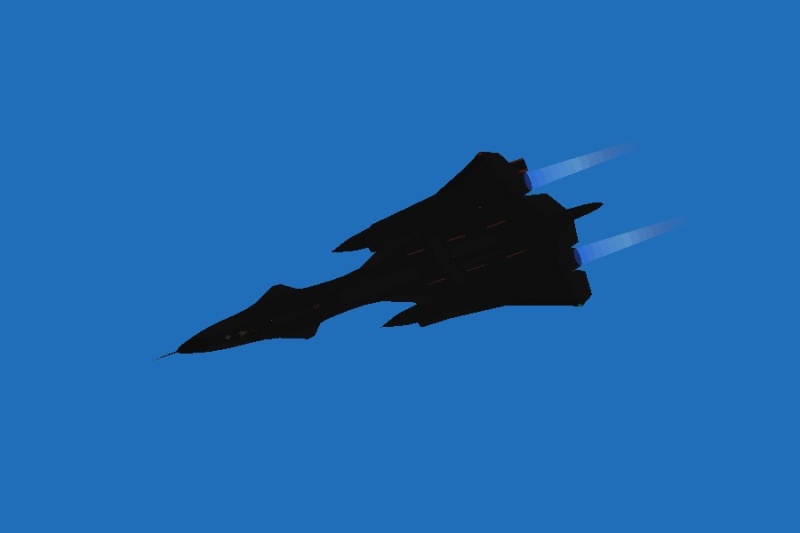 Shortly after victory, a post war study was done by BoH on the different tactics our side employed in the war, to see what improvements could be made to our squadrons. The extreme effectiveness of high altitude strategic bombing by the 49th raised a concern; What if such tactics were employed against us? Were we ready? Our arsenals already have several excellent interceptor aircraft, but if we were to face a mach 3+ capable, stealthy high altitude bomber we would need something more tailored to intercept it.

Further evolution of our Oxcart platform was chosen as the best way forward. Reshaping of the intake geometry on the front of the nacelles and internalized shock trap inlets for engine cooling decreased the radar cross section slightly and further streamlined the overall profile. The small 20mm cannon under the cockpit was removed and replaced with a dual facing IRST system to hunt stealthy aircraft. Mid and long range missiles would be less useful against an large aircraft employing stealth and advanced jamming, so an alternative weapon was suggested: Railguns.

Current railgun technology would still not permit us to integrate the weapon into the airframe, so instead the forward weapons bay would be retooled to accommodate two railguns which could swing down when ready to fire, suspended from advanced rigging designed to absorb some of the recoil and to connect them to the onboard power generation of the R/F-12. Integrated capacitors would allow the guns to charge up during flight. Having the weapons themselves suspended away also meant the aircraft would have less chance of being destroyed if a catastrophic failure occurred, due to the advanced, very experimental nature of these weapons. Much testing still needs to occur, but command has high hope for this new concept for the interceptor role.

VFA-49 FORUM
"Why are we still here? Just to suffer? Every night, I can feel my leg...and my arm...even my fingers. The body I've lost...the comrades I've lost...won't stop hurting. It's like they're all still there. You feel it too, don't you? I'm going to make them give back our past"
Top
Post Reply
2 posts • Page 1 of 1