Are there any servers alive?

Are there any servers alive?

I was wondering if there are still YSFlight alive today?
Top

Yes. The list of online servers is in the sidebar. There's not a huge amount of activity, but people do still fly
Actual UltraViolet I discovered this simulator a month ago, now I fly one or two evenings a week. Sadly, I don't see anyone on weekday evenings.

I saw that, in my time zone (Bern, Paris ...), on weekends, some people fly on "Violet World" and "187 Server". I joined them this weekend, it was cool, we did air combat and formation flying.

Some people have told me that on Friday night at UTC 0000 there is activity on the "YSCAS" server. But I cannot confirm because it is too late for my time zone.

I try to join in on server flights whenever I'm around to notice them happening, especially if it means having a good reason to knock off dust in combat. Revival WW3 makes that prospect a lot more fun whenever others are on to use it.

Yes! There are servers that are just barely breathing. I suggest you join a Discord so you can see when people are agreeing to fly, or if you'd like to ask if anyone is available.

There are a few people online most of the time
Top

It would be neat if we had something that could give notifications when someone is flying. Game launchers (origin) ping the hell at of me when someone I added comes online. A feature like that would definitely be advantageous for a community like ys.
Top

I identify as the owner of the very-much-utilized 2UCW server, and this annoys me

In all seriousness, we (plus 9th Matrix) do still fly, you just have to catch us at the right time of day. I've personally been mostly offline as of late, since I'm practicing for Air & Space Expo, but I should be back in action once that's over.

There are. YSCAS and 2UCW aren't dead. I've noticed that if I jump into a server, then people start gravitating toward that server. I know not everyone wants to jump into an empty server- it's natural to expect interaction in a public/social space, but if you hang out for a little while, your chances of running into someone are pretty good. It just takes a little patience!
“These things we do, that others may live.”
Top

Just from what I gather about why servers aren't that busy, of the most active players, several of us have full-time jobs now (or other commitments) and weekday evenings are spent doing other things that you don't get done during the day. Or we do, but we're working on YS-related stuff, you know, like maps, addons and other things

That being said, Friday nights U.S. time (0115 UTC at the moment - soon to be 0015 UTC when we turn our clocks forward this coming weekend) are when some of us will go on Patrick's YSCAS for Friday Night Flights (or Saturday Morning Flights for those on the the other side of the planet), or any available server in case YSCAS is down (which is rare). I've seen anywhere from 2 to as many as 7 players for FNF/SMF, so it varies but it's fun nonetheless.

In addition, thanks to the efforts of Crazypilot, Violet, decaff42, Kubson and some other members (sorry, don't know everyone who's involved), there are combat events 3-4 times a year. We also have civilian events (ATC sessions hosted by Dan/Dave, and more recently, scheduled group flights from one airport to another). The caveat with that? Time zones. Not all time zones can be accomodated for every event despite our best efforts, it is what it is. But we try to have different events at different times. Try to join when you can!
Hi! I make average, undesirable, boring grey maps for YS Flight!

The bottom line is that there are probably only a few of us who are somewhat active in the HQ community. It's never going to be "active" in the way that AAA online games or MS Flight Simulator are going to be active. I don't remember a time when: A. Servers were significantly more active or B. Someone wasn't posting about how the community was dying.

Bear wrote: ↑
Tue Mar 09, 2021 3:52 pm
There are. YSCAS and 2UCW aren't dead. I've noticed that if I jump into a server, then people start gravitating toward that server. I know not everyone wants to jump into an empty server- it's natural to expect interaction in a public/social space, but if you hang out for a little while, your chances of running into someone are pretty good. It just takes a little patience!

We're still here! You'll definitely catch more activity on Sundays but it depends on the timezone.


plenty of traffic in events too.... 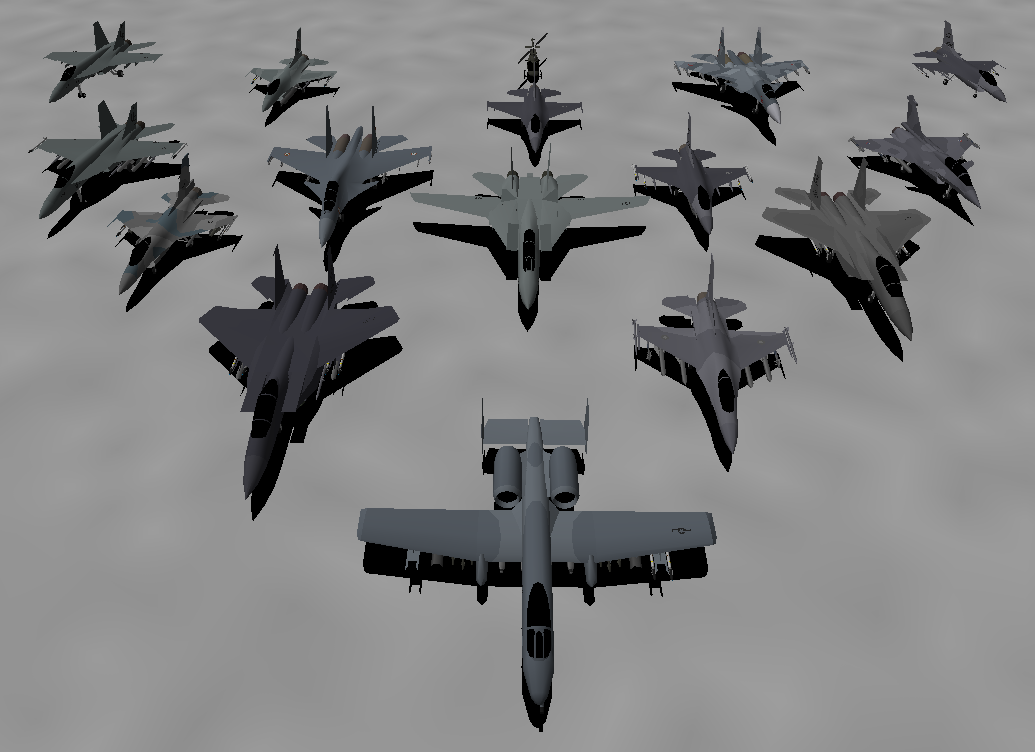