Hey, i ran a YS local server in a Pi 3B+. Will have Sidewinder Server hosted on it in the near future. 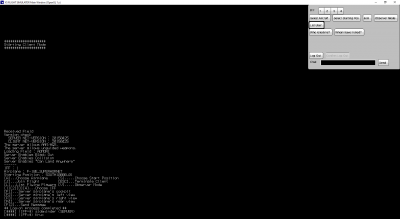 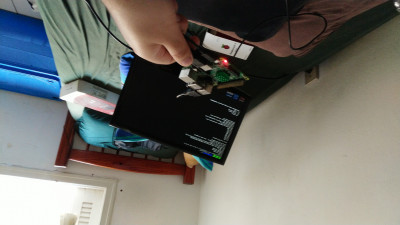 Nice! Are you using Linux build of YSFlight under RPi? 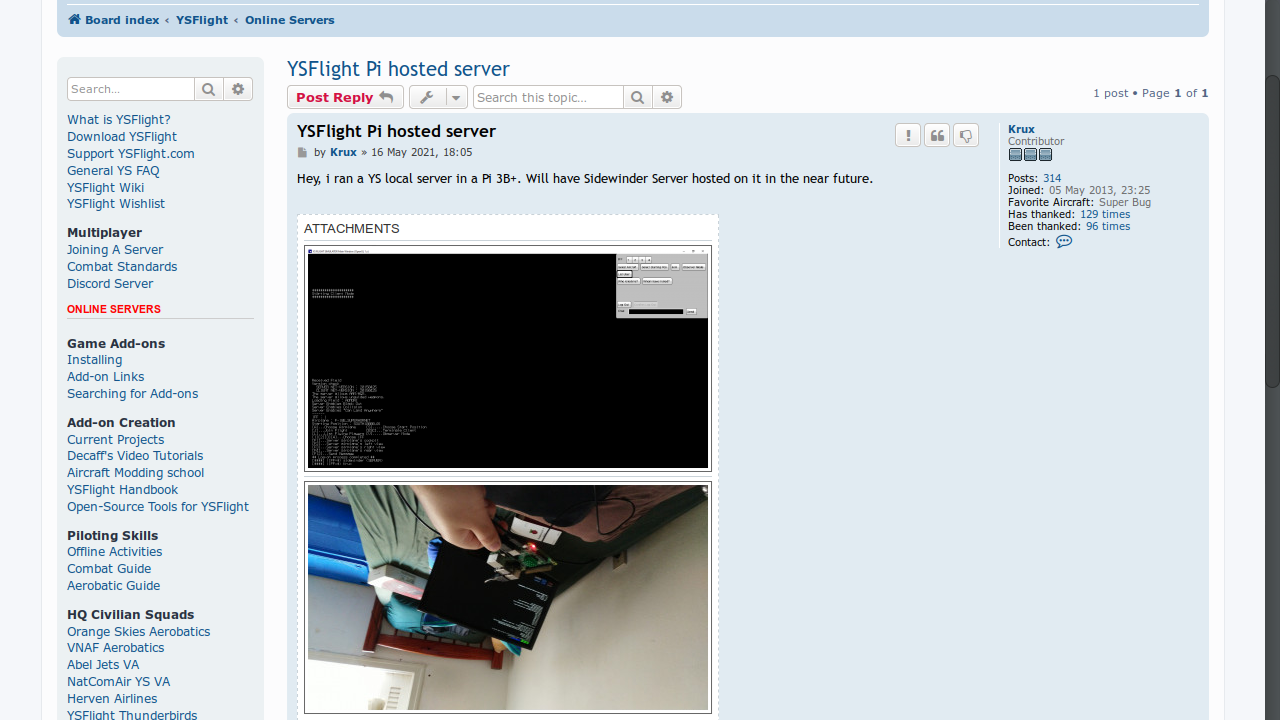 I noticed when I clicked on the thumbnail for that image, the image loaded and was auto-rotated in the correct orientation. Weird.

Once i get Sidewinder Server up, i'll be sure to do a write up, don't worry.

A test was ran a little bit after the post was created. 8 players joined on some stock aircraft action, and although i had some hiccups (probably for playing on the same local connection), other players reported no problems at all.

Edit: Forgot to also add that apparently the nownd executable for linux is presenting some problems keyboard wise. Upon startup it stops recognizing the keyboard input connected. I'll try later with some other keyboards to check wether i just had bad luck when testing.
Top
Post Reply
4 posts • Page 1 of 1