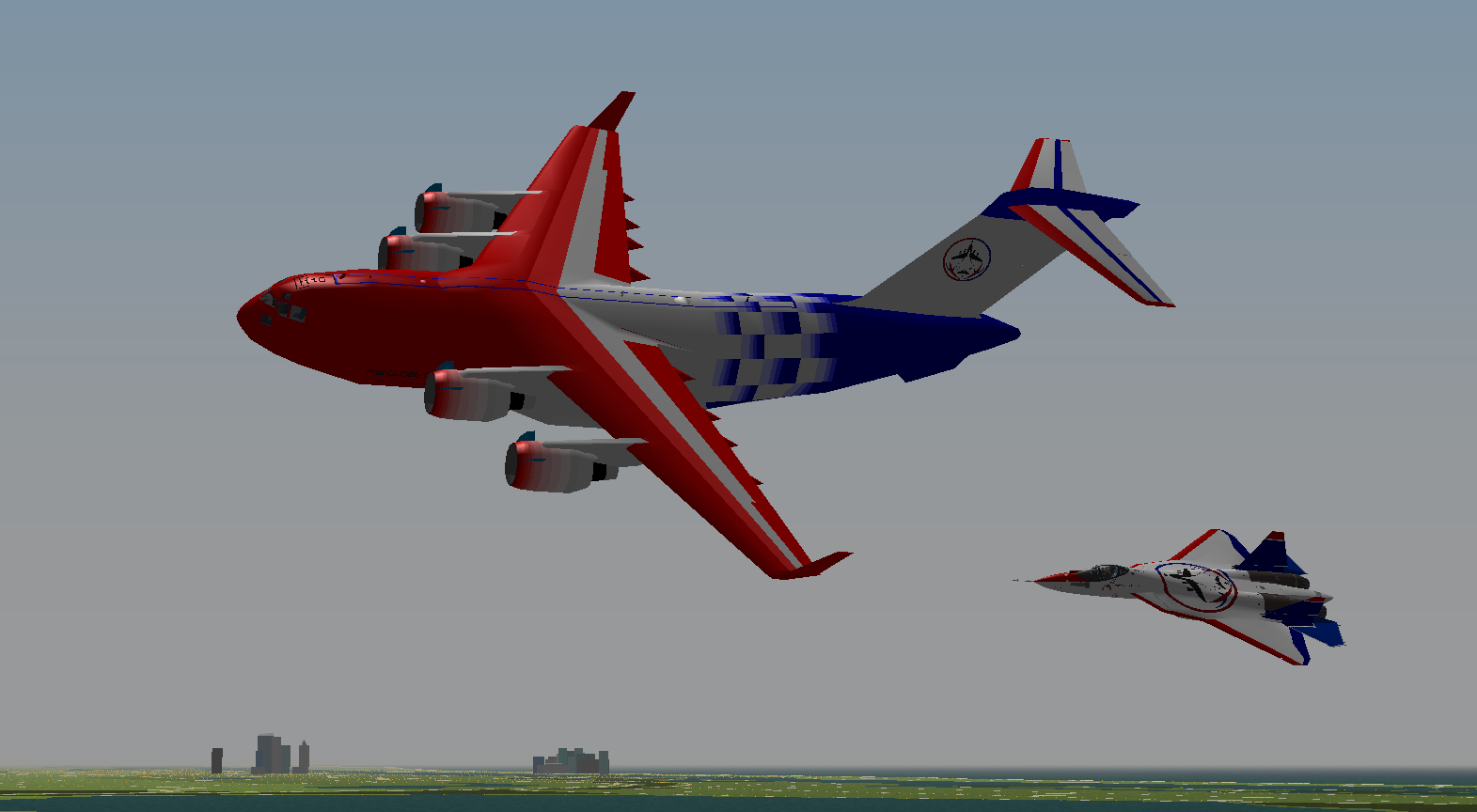 After several months of work, Sky Surfer 2.0 is now completed and ready for public release. Taking up the mantle after the retirement of the aging Su-37 Super Flanker is the Su-57 "Felon", the first production stealth fighter to be designed in Russia and fielded by the Russian Air Force. Largely unchanged and retaining its dual roles as a show and support aircraft is The Globetrotter, our C-17 Globemaster transport aircraft.

A big thanks, in no particular order of importance, to all who helped make this release possible:

Note: The tuning of the Su-57's performance is acceptable enough to warrant release, but may need fine tuning after its first performance at YSRIAT on October 9th. This pack will be updated periodically as changes are made and I may opt to include the "legacy" aircraft into this release as well to consolidate all team aircraft into one pack.