A recent investigation into turn rates of stock aircraft resulted in the realization that many of the aircraft have too high turn rates, pulling some 13g in turns at about 400 knots. I decided to modify the stock aircraft and after testing arrived at some settings that work.

The main change was increasing the "landing speed"

The colors on the aircraft - blue canopy - and incorrect colors were also noted and corrected using a color picker and an online image of camouflage color guide for that aircraft.

Do you allow painting or modifications to be released? YES
If so, do you want to be asked for permission first? NO
How do you want future modders to credit you? YES, if possible add line to .dat file 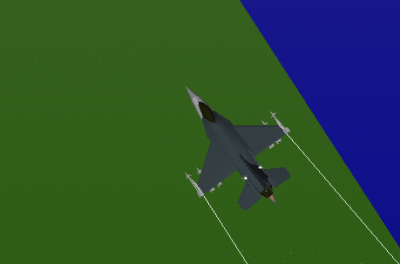 I hope to improve the model with a transparent canopy, pilot figure and more accurate landing gear, since I have figured out (again, after 10 years or so) how to do this.
Top
Post Reply
2 posts • Page 1 of 1