All tests performed in YS2015
Stealth is defined in a .dat file by RADARCRS. In theory this approximates real life radar cross section, but is in practice wildly different.

There are three main conditions affected by RCS: when you show up on radar, when your circle is visible, and when you can be shot

Radar
Aircraft with RCS 1.0 appear on radar above Minimum Radar Altitude (MRA), which is set in configs or specified by a server. For aircraft with RCS lower than 1.0, the effective radar altitude increases proportional to the decrease in RCS: 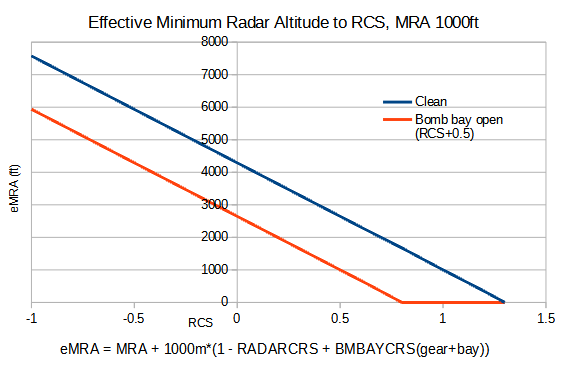 BMBAYCRS sets the increase in RCS when bomb bay is open or landing gear is down. The default value is 0 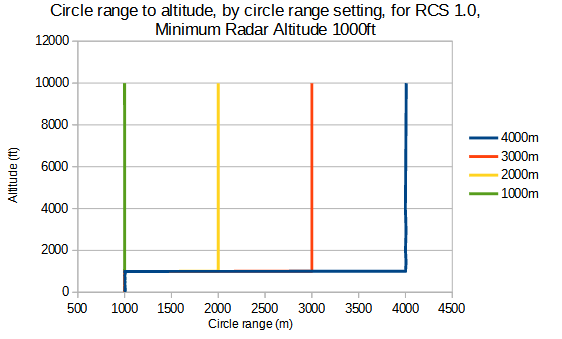 External weapons
Carrying weapons on external hardpoints effectively sets RCS to 1.0, though it is inconsistent: AIM9 and AGM65 don't increase RCS, but everything else does. Except rockets, where a test with 114 had no change but 38 showed an RCS change. External weapons are weird with RCS. YS's RCS in general is pretty weird, as you can see by all these graphs, but weapons are especially weird.


Getting shot at: SAMs
The range of the first shot of a SAM (in SAM mode or turret mode) is directly proportional to the absolute value of RCS, up to RCS 1.25. Subsequent shots can exceed this range. At RCS 0.0, SAMs will not shoot at all. RCS 1.0 and RCS -1.0 are treated identically. SAMs will always target the nearest aircraft inside SAMRANGE, regardless of whether they can shoot it or not 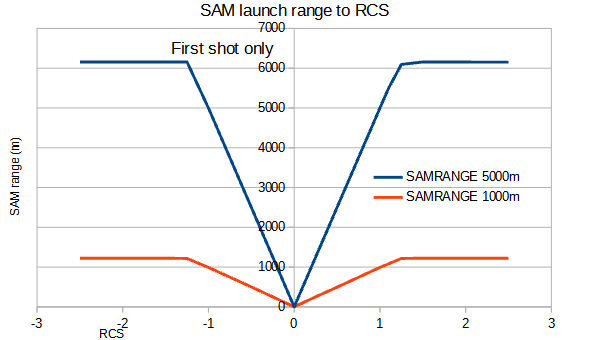 Contrary to popular belief, altitude does not affect SAM launch range (beyond escaping the launch cone) 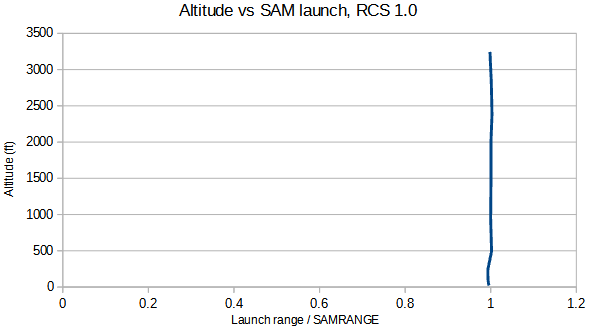 Getting shot at: AAAs
AAA mode is completely unaffected by RCS and will fire when you enter GUNRANGE in all conditions 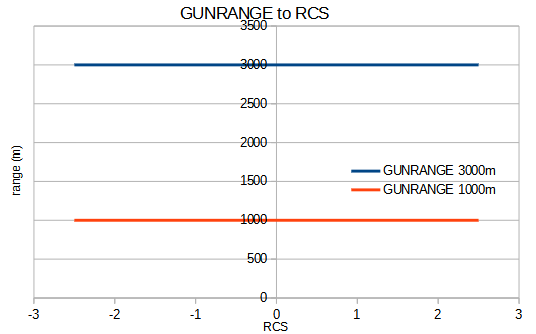 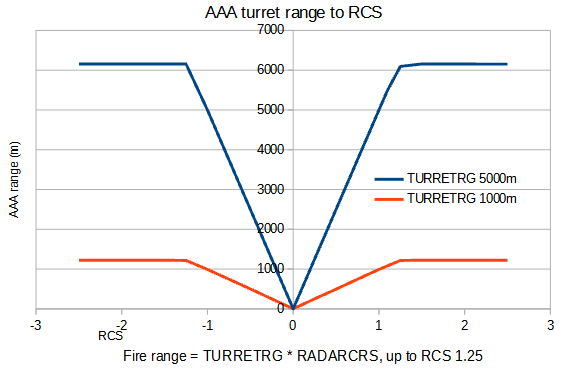 Getting shot at: Air launched missiles
There are three modes of missile lock: red lock, yellow lock, and subwindow lock 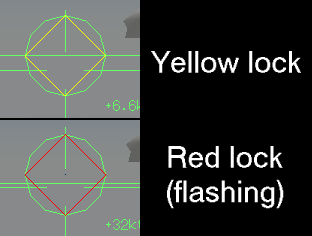 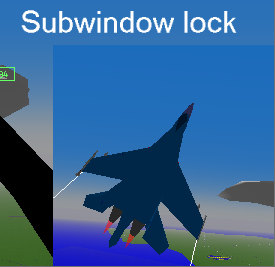 These all occur at different ranges, and are affected by RCS and missile type 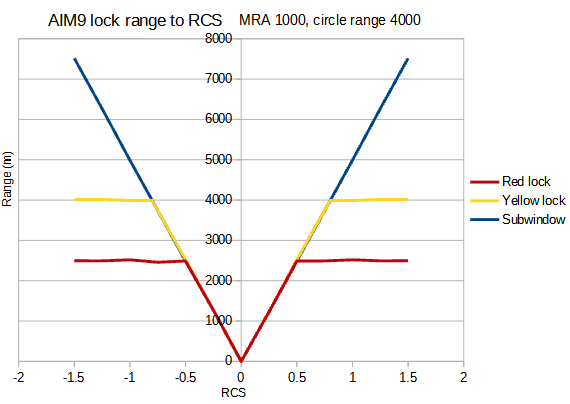 AIM120 displays some peculiar behaviors below effective Minimum Radar Altitude (eMRA): the lower aircraft gets the subwindow lock but no warning, and the higher aircraft gets the warning but cannot get a lock. When lock is achieved, it follows a similar behaviour to AIM9 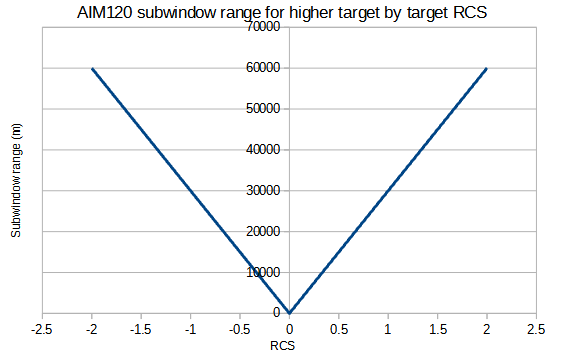 Locked on warning is slightly more than a tenth of the subwindow lock range. It is possible to get a 120 lock without alerting the target 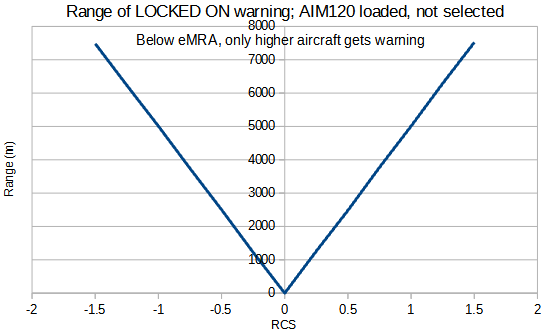 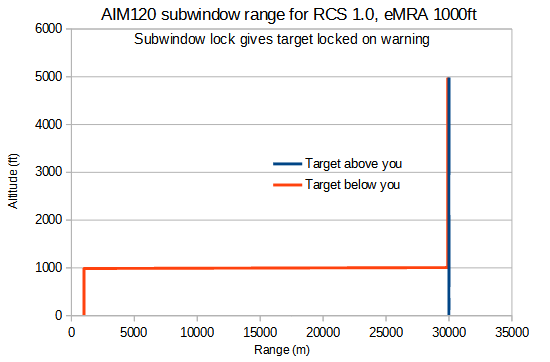