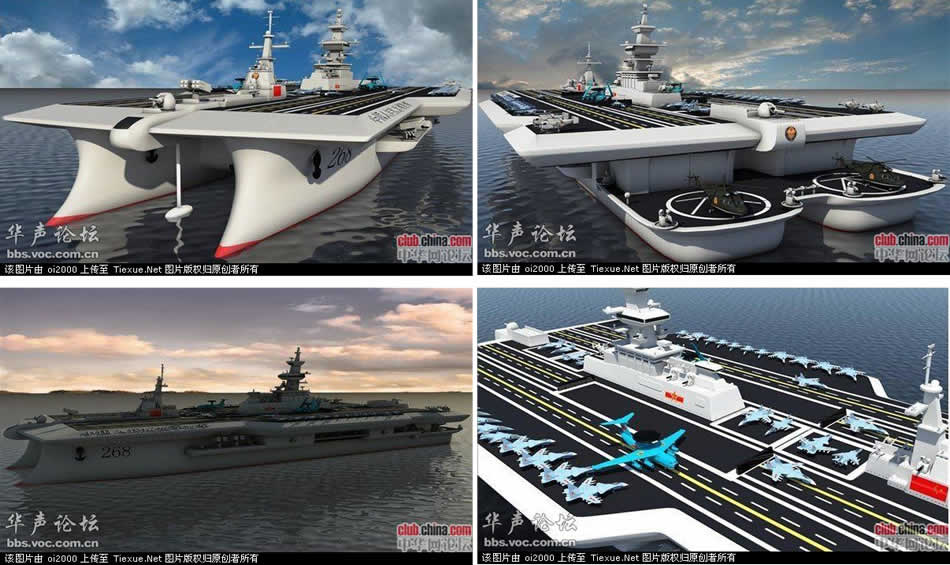 Well...it's big. Looks cool, too. Is this an actual design or someone's idea of how it should look?
USAF Computer Systems Programmer (3D0X4)
"Powerpoint Ranger"
Top

That's pretty cool, it looks like a practical design too.
Chief Fleet Officer of ATVA and commander in the 398th.
Top

A bit too stretched out design in my opinion.

This goes against my entire understanding of the Chinese carrier projects.
Top

Looks too cramped for space in my opinion. Parallel runways with almost no room on the sides to even move around would pose problems in my opinion. The supercarrier has at least a little room for movement with the catapults and runway operating at the same time. With this they won't be able to unless they close one or another down.
VNAF Aerobatics Commanding Officer and Founder - - - YSAS Member - - - YS Aerobatic Pilot
YS ACC A-10 East Coast Demo Team pilot - - - B-1B Razor Demo Team pilot
VFA-49 GhostHawks Commanding Officer

VNAF ONE wrote:Looks too cramped for space in my opinion. Parallel runways with almost no room on the sides to even move around would pose problems in my opinion. The supercarrier has at least a little room for movement with the catapults and runway operating at the same time. With this they won't be able to unless they close one or another down.

Have you ever even been on a US carrier? If China made a carrier that big--and that's a big "if"--they'd have plenty of space. They just won't. Wanna know why? They're primarily concerned with carriers within the First Island Chain: sure, they would like global reach, but they have to grow into it. A carrier that big makes no sense for such a small geographic mission.
Top

The bigger issue is that they bought a handful of landing systems for carriers from the Russians, and have expressed interest in a natively-constructed CATOBAR carriers. We'll see. Regardless, they have (and won't have) anything like the first photo.

Think about it this way: they always critique us for having gigantic carriers that are so damn vulnerable (in war games, the Dutch have sunk our carriers). Think of them with that kind of carrier.
Top

This is the same country that stole video from Top Gun to try to demonstrate the J-20 to the world
They say that he feeds upon the tears of newbs, and that he spent an entire day feeding an effigy of Ricm into a desk fan. All we know is, he's called Animal.
Top

Actually, they used that footage to report on an exercise involving the J-10 fighters. Not the J-20.

But yeah you've made a good point.

I've seen these pictures before of this alledged future aircraft carrier for the PLAN in the Project Reality forums and it was said there that this was nothing more than a 3-D model from a 3-D artist who made this thing for either his portofolio or simply out of hobby. It is NOT an actual aircraft carrier project. (Or perhaps that is what "they" want us to think

Anyway, what's almost for certain is that the PLA is going to build at least 2 more aircraft carriers of the Admiral Kuznetsov class (Well... at the very least a Chinese version of the Kuznetsov). After those there's some speculation that China could develope a bigger indigenous aircraft carrier based upon the blueprints of the Ulyanovsk supercarrier class which the soviets/russians never got to finish.

Time will tell how the chinese will develope their future aircraft carrier fleets.


One thing is for sure... China's neighbours will be getting very nervous in upcoming years.
Top

Its definately cool looking, but its flawed and not very efficient. for example, on the last picture, the blue plane's wings are overlapping the other planes. and i could really see that causing problems in the future
Et Tu, Brute?
Top

The A-50's wings are probably pretty high off the deck. No reason for them to not let it go over those Sukhois.

If I may ask, how is that an example of inefficiency?
Top

...Not a production fighter.
Top

And that carrier clearly is nowhere near construction. 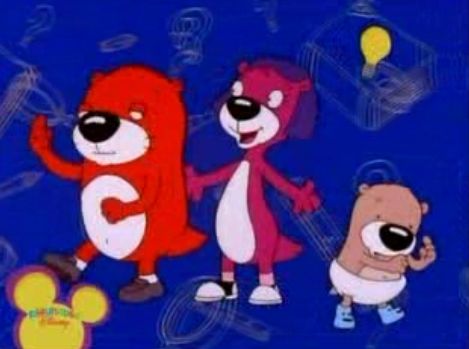 It is an artist's rendering of a future Chinese blue-water carrier with future Chinese tech onboard. It took me exactly three neurons to figure that out, and I'm appalled that you kids are even throwing the slightest bit of thought into this thing's realism. As has already been stated, not only is it NOT FUCKING REAL, but it's also FUCKING PROPAGANDA. I'd prescribe something for your cranial-rectal inversion, but I'm afraid you'd have no method of administering it through your thick skull and pasty skin.
Top

I used the sukhoi to point another flaw in the realism of it.

If this is not a new diagram evidently and thus can be ignored for that and many other reasons.
Top

Looks Nice.
But i ASK me, are that berkut-firkin Planes on the Carrier?
Hawk
Top
Post Reply
27 posts