if you were the enemy, which plane would make you crap your pants if you saw it flying towards you? To me, id have to go with the A-10. if i was staring down the barrels of the gau-8, i would indeed crap my pants.

Air or ground enemys? For ground that's the best.
CO of the 57th Cloud Rippers
"We rip those clouds apart so you can see the sun!"
Now 100% more decomissioned!
Top

I agree. The second scariest thing would be a BUFF. ok, im sorry. ill further elaborate what i meant. if you were standing on the ground, which plane would make you crap your pants


aragorn15 wrote:I agree. The second scariest thing would be a BUFF.

soulchain247, please don't double post. Responses to two people are perfectly acceptable in a single post. I suggest you familiarize yourself with the forum rules here: http://forum.ysfhq.com/viewtopic.php?f=4&t=18#p61.
Actual UltraViolet

Which I am sure you got to meet plenty of times.

Please post in the correct area. This did not belong in YSFlight General section. But in the General ‹ Aviation-Related section.

aragorn15 wrote:I agree. The second scariest thing would be a BUFF.

Just so everyone's clear... it can't carry all of that once...

The pylon between engines 2 and 3 is the ACM. Dunno what's between 4 and fuselage, but it looks like a gravity bomb of some kind. The thing on the port wing is, I believe, and AGM-142 (which pegs this as a 20BS plane, since they're the only ones with the kit to carry them). Dunno what's on the starboard wing or that first pylon. The pylon between engines 6 and 7 is, I believe, ALCMs. Same thing with the gigantic thing in the middle: it's a rotary launcher for ALCMs, and you can actually put two of those in the plane if you really want to.

The 8AF museum out the north gate at KBAD has a great example of an AGM-28. Bigass thing.

What would I be afraid of? Fucking anything. It could be a damn Piper PA-12 and I'd still be scared since he could drop shit on me and would be way more mobile than I could be.
Top

vandal wrote:Please post in the correct area. This did not belong in YSFlight General section. But in the General ‹ Aviation-Related section.

OK, understood. but im gonna act like a 3 year old child and say" I saw somebody else do it" And walk away and yell at a bird
Et Tu, Brute?
Top

if I was on the ground, I would be scared of...uh...pretty much every bomber, gunship and ground attack aircraft.
Top

I can tell you from experience that being on the ground with out cover like a bunker 300 feet in the ground with an enemy aircraft in the air you maintain a vary high pucker factor and it only gets worse as it gets closer.An Mi-24 to be more accurate.Thankfully it never saw us.

I would crap my pants then run.

My brother says a russian cargo plane with fuel air bombs
(speaking for him since he doesn't have an account)
"I wouldn't want God as my copilot because he'd be too good." "That mans swerving." "Where?" "Three minutes from now!" "Ahhh!" - Brad stine

Give me a RPG, Stingers, 50 cals. and a mobile sam truck, i aint afraid of nothing.

To a grunt on the ground, EVERY aircraft in the air is hostile.

RPG would be useless. Stingers can be thwarted. .50's can be avoided. SAMs can be jammed. Be afraid.
Top

in the air in the old days: 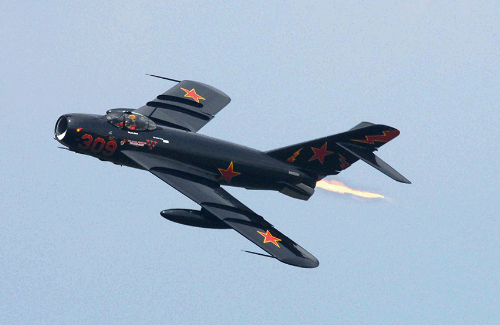 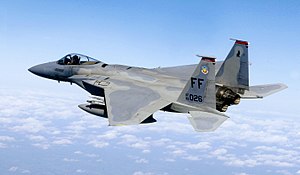 Aint afraid of nothing is a double negative.

"Ain't afraid of nothing" == "Am afraid of everything"
I am an accountant working full-time (and some). I'm not here as often as I would like to be. Send a message if you need me. There are a few people in the community who can get in contact with me urgently if you need - don't be afraid to ask. I just don't check here as frequently as I used to. Sorry!
Top

Why not your F-35B?
CO of the 57th Cloud Rippers
"We rip those clouds apart so you can see the sun!"
Now 100% more decomissioned!
Top
Post Reply
25 posts