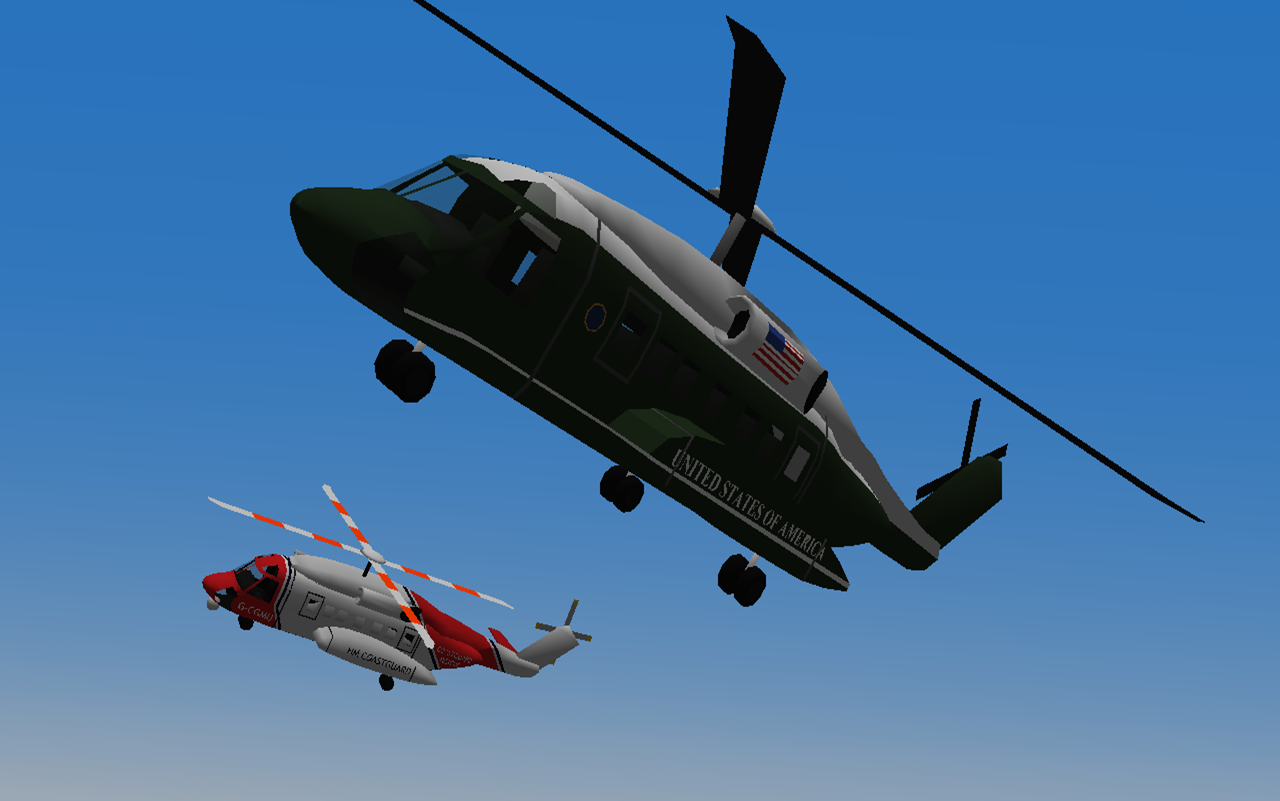 [moddesc=http://www.mediafire.com/?92s5z2l6jqf6s6s]Here is the new whirleybird for ysflight, the S-92! This helicopter is scratch built by me Dan with a fully detailed cockpit, Panel lines and other awesome features. Also, Neil has helped me with his awesome repainting and bug fixing skills. Enjoy this forgotten aircraft of ysflight!

P.s if you wish to repaint or edit this please credit me and Neil.[/moddesc]
[instmod]Unzip and extract into the specific folders on ysflight.[/instmod][/mod]
Top

This is brilliant, a fine addition to YSflight.

Neil wrote:This is brilliant, a fine addition to YSflight.

Agree! I think this is brilliant can't wait to download and fly on the server.

Somebody call the president the marine one is here.

nicely done, Dan. can i do sky shuttle liveries?
Top

This chopper looks great! Downloading now!
Am I back? Probably not.
Top

This is fun to fly. I just don't know how to land properly
Top

Pinoycaptain2012 wrote:This is fun to fly. I just don't know how to land properly

Brake, position to the place you want to land and lower throttle slowly.

Wonderful! The bird looks to be done very nicely. A great addition to the
Helo Collection.

Always loved helicopters. Had been waiting for this one. Thankyou very much.
Flying is not about leaving the ground, it is about touching the skies...
Top

Waiting? This has been out last month.