This is one of my first maps, still in development. I started doing these airports with a runway. houses to the outskirts, aircraft are already added.
Credits by tf58 ground object.

Looking good. Can't wait for it to come out

Cool, could you teach me how to use the scenery editor?
Top

There's a ton of tutorial stuff here. just look around a little.

http://ysfhq.com/phpbb3/viewforum.php?f=40
Check out my website YSDecaff for all my tutorials and addon releases.
Visit my GitHub page for Python codes: https://github.com/decaff42?tab=repositories

This is the second map (still in development) I'm checking some things, improving the appearance of night.
And of course the ground objects, and the city around. 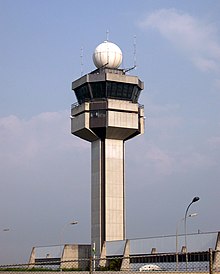 Inside view of the airport control tower, the second most modern in the world. 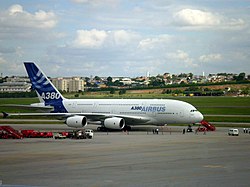 Why dont you make your own WIP thread. It would be better than spaming the topic. Just a tip of advise.
By the way. Awsome work. I am really liking these maps.
I don't know who you are. I don't know what you want. If you are looking for my signature, I can tell you I don't have one. But what I do have are a very particular lack of skills, skills I have imagined having over a very long career. Skills that make me are completely useless in any situation. If you stop reading now, that'll be the end of it. I will not look for you, I will not pursue you. But if you don't stop reading, I will look for you, I will probably not find you, and I will kill your refrigerator.
Top

After a few days reading tutorials, I learned many things in the scenery editor, specify the lane from start to add positions.
This will be my second map and is available for download in a few days. I'm improving vision around the airport, streets and highways!

All my maps contain copyright, do not edit without my permission!

Ysfhq.com:
For giving me many tips!

that's why I learned several things about creating maps

See some pictures of him up to date!

I luv u pilot.

Looking forward to flying this.
Check out my website YSDecaff for all my tutorials and addon releases.
Visit my GitHub page for Python codes: https://github.com/decaff42?tab=repositories

Don't do that again. There's absolutely no need to start a topic to say you updated something in an old WIP topic. In fact, an admin will probably move this into your original WIP topic but really you need your own thread so that you don't have to create a topic for every project. It's just a waste of time and space. Anyways nice work and I think you're on your way to being a great map artist.
VNAF Aerobatics Commanding Officer and Founder - - - YSAS Member - - - YS Aerobatic Pilot
YS ACC A-10 East Coast Demo Team pilot - - - B-1B Razor Demo Team pilot
VFA-49 GhostHawks Commanding Officer

Absolutely! You are a very fast learner. I'm feeling a little out-classed.

And VNAF ONE is correct; your thread is your thread. You can stop creating
new ones, All you really have to do is maybe change the name of the thread
to something less specific, like: If you want the thread to be all-about your
maps, "Pilot's Map Case" would work.

I've merged your three topics here. You can put updates for all your maps in this topic.
If you'd like the title changed, tell me.
Actual UltraViolet

One of the Brazilian airports, this is perhaps one of my best maps. Surely the best of the best Brazilian and Latin America, and his successor Toncontin Airport.
Lack I add some more details and be ready for launch

lucas wrote:This is the second map (still in development) I'm checking some things, improving the appearance of night.
And of course the ground objects, and the city around.


If you are doing the surounding area of Sao Paulo. Don't forget to do the F1 track.

Cumbica the largest airport in South America and the largest in Latin America, is getting almost done, but there is still a couple of things to get done.

THat is looking awesome, keep up the good work.
Check out my website YSDecaff for all my tutorials and addon releases.
Visit my GitHub page for Python codes: https://github.com/decaff42?tab=repositories

You got some potential. I like what I have seen so far.

Team Awesome# Whatever. ALPHA-5 OF THE TA-RANGERS Part of the f**king problem
Top
Post Reply
27 posts