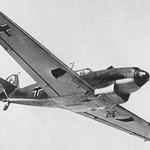 I don't usually do these introduction kinda things, but here goes.
So I'm Iota, I like civilian and military aviation though never really saw much in aerobatics, my hobbies
involve flight simming, pen spinning and playing video games.

To be honest, playing flight simulators is actually pretty new to me (acquiring my joystick just two months ago)
and having a community here that have servers and forums dedicated to three different kinds of flying is
pretty crazy to me.

Now I've got quite a few questions,

Where do you guys learn to talk to ATC?
There's probably indeed people here who are real pilots, but for
the rest of you, how did you learn? The main problem for me is requesting things, because I only ever
seem to be able to find how ATC responds. (though I do understand that ATC may not be such an
importance here due to the small amount I see on servers).

What's the community like in general?
I have this deep feeling that if I join a server and am doing things wrong or someone notices me
that they'll get seriously annoyed and start going 'What on earth are you doing? Don't you have any idea
how to taxi/fly/shoot/land/takeoff". Maybe it's just me being paranoid, but I see this alot in other
games (except from the 'veteran' perspective)

If anyone can answer these questions I would be very grateful. ^^

Well that's pretty much all I want to share, have a nice day~

Welcome to YSFHQ!
The community here is great! I am relatively new here also, and have been able to get involved in Virtual Airlines and a Fighter Squad with relative ease. The older members will always try to make you feel at home on any server. Because the community itself is the largest ysflight community but still not huge, you won't really run into very much "What are you doing?"
As for ATC speak, on of the owners of the Virtual Airline Server (yes we have one,) DAVE (sorry,) wrote a guide to it, I'll pop a link to the thread in once I find it.
I'm Looking forward to flying with you!
EDIT: forum.ysfhq.com/viewtopic.php?f=193&t=5 ... atc#p73012
Last edited by SimonG on Sun Apr 27, 2014 8:50 pm, edited 1 time in total.
Top

Welcome to the forum Iota, always good seeing newcomers. Now, for your ATC question.. I learned a bit from being around real pilots at local airports, not real sure about the rest of the guys here.

As for the community question, most of us are pretty layed back and understanding. But just so you know, here are some tips for servers incase you don't know yet: Use 30% fuel and full flaps for a dogfight. Don't vulch (shooting at aircraft on the ground or landing, you also don't wanna shoot from the ground). 3 flares dropped from a plane = disengage. Do not engage civilian aircraft. You also don't wanna fire more than 2 missiles at a time.

So yeah, have fun and hope to fly with you on server soon.

As for ATC, I learned it from playing Flight Simulator X offline and a bit online. However, you can learn about it from the link Simon Gave you.

and as for community, we're pretty laid back, as long as you follow the rules of the forum and the rules that the servers adopt for play.


Just kidding...
Here, have some cookies made by love and baked in orphan tear- I mean in a normal oven.

We welcome you with open arms! Glad to have you join in!

Don't double post, don't type in all caps, don't upload addons made by other people, don't request anything for a few weeks, don't release modifications to other people's addons without citing your sources, and when on a server stop shooting anything that drops three flairs and don't shoot anything on the ground or anything that isn't carrying weapons.

These are rules that all new members should know but won't know until they break one of them.

Hello there! Welcome to YSFHQ. There is a manual which I have updated (its not official yet) that SimonG has kindly posted. If you need any help or have any questions about the ATC in the manual or in general I'm always happy to help. You can message me or you can post on the ATC manual thread!

I learnt about ATC talk by watching Air Crash Investigation...

The community here is great! I've been here for over a year, and I've never had unpleasant experiences!

For ATC, years of playing Flight Sim 98 - 02 taught me pretty well. I reccomend getting a trial version, or I think someone wrote a guide on it, I haven't got a link thought sorry

Welcome onboard! I would say the community is pretty friendly as flaming and all of that other non-sense is not tolerated. As for the ATC that would be a good question for Jetskit as he is the one that organizes ATC sessions. I would say to use the resources we have available here for newbies to you're advantage. Since you mentioned Combat and Civilian Flying, check out these two links for alot of helpful tutorials to get you started!

On the Virtual Airline Server (VAS), myself and Dave plan regular text ATC sessions on a variety of maps. For beginners we can guide you through while your flying, we're very patient so don't worry about time. We currently go off Dave's upgraded ATC manual which I know he's put a lot of unprecedented time and effort into getting right, so give that a read when you got time.

For now the seat belt signs have been switched off, you're free to move around YSFHQ.