GIZMOs wrote:Nice but With out the center gear. *shuders* keep that kc-10 though

It's a -10, which did not have a center main gear. Thus the abscence.

And NightRaven, I did not mean to say you should put out work you do not like (if it came out like that), I was just pointing out some of the nuances (which you know already lol). I can tell you take pride in your work just like the other top modelers here and kudos for that 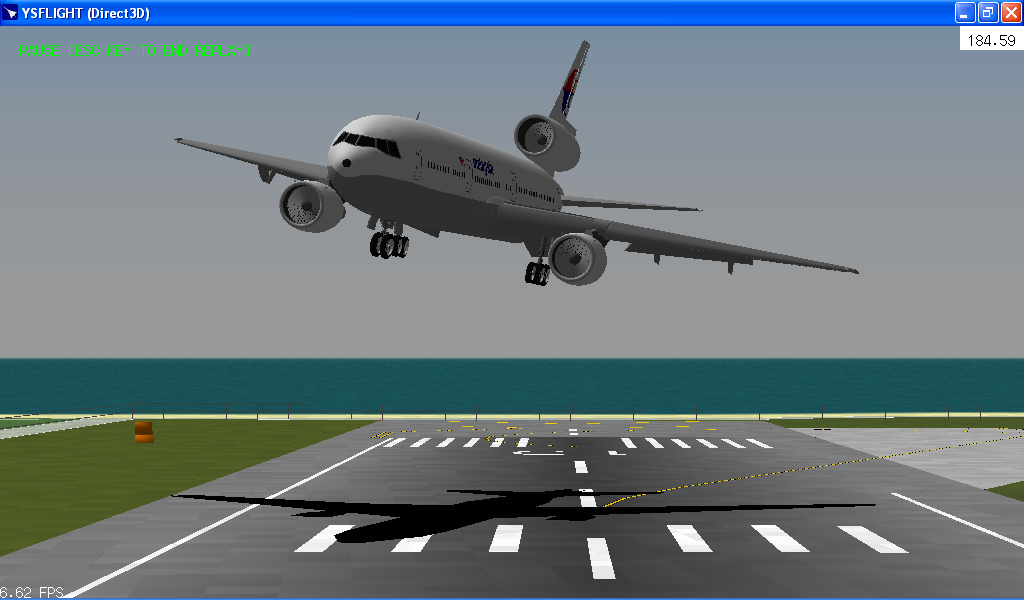 Wheres the red and blue strip on that MAS DC-10?

flamerboy67664 wrote:Wheres the red and blue strip on that MAS DC-10?

There are several pictures online of Malaysian Airlines DC-10s without the stripe. if you google the registration number and whatnot, they come up. 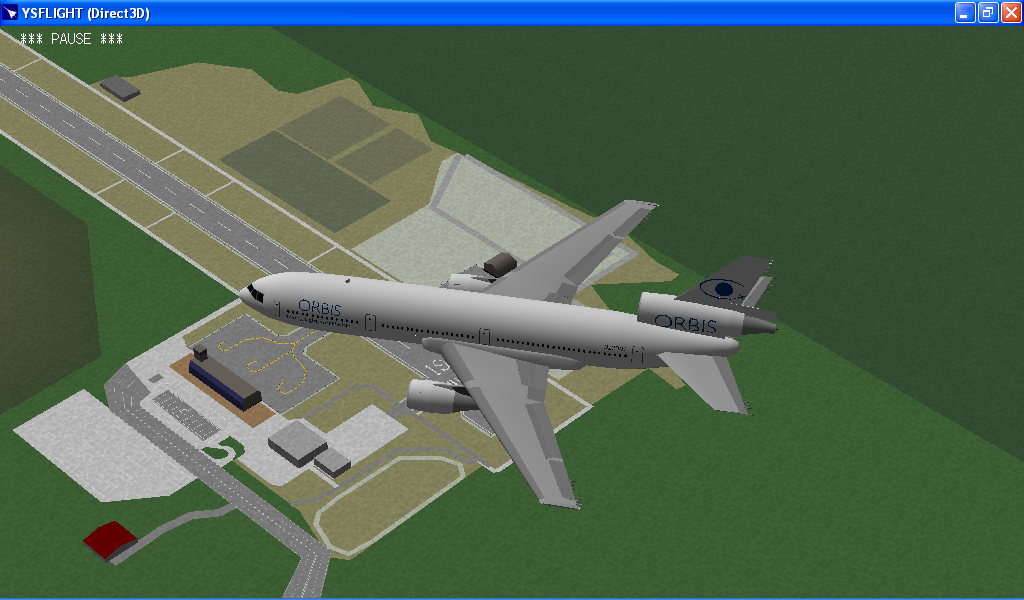 I am not obliged to make these paints for you, even though I have included it in my to-do list. We, modders, are not magicians and churn a paint scheme in a second. (reminds me of what I said to MegaKoce... that idiot...)

Read what I have posted prior to these few posts and you will get a better picture. Besides, I am all the more discouraged by your lies... *cough*

Figured I had nothing better to do (apart from the cockpit, which I haven't touched in a while) so I decided to rip the -10 wings off the blank and remake the -30 wings. 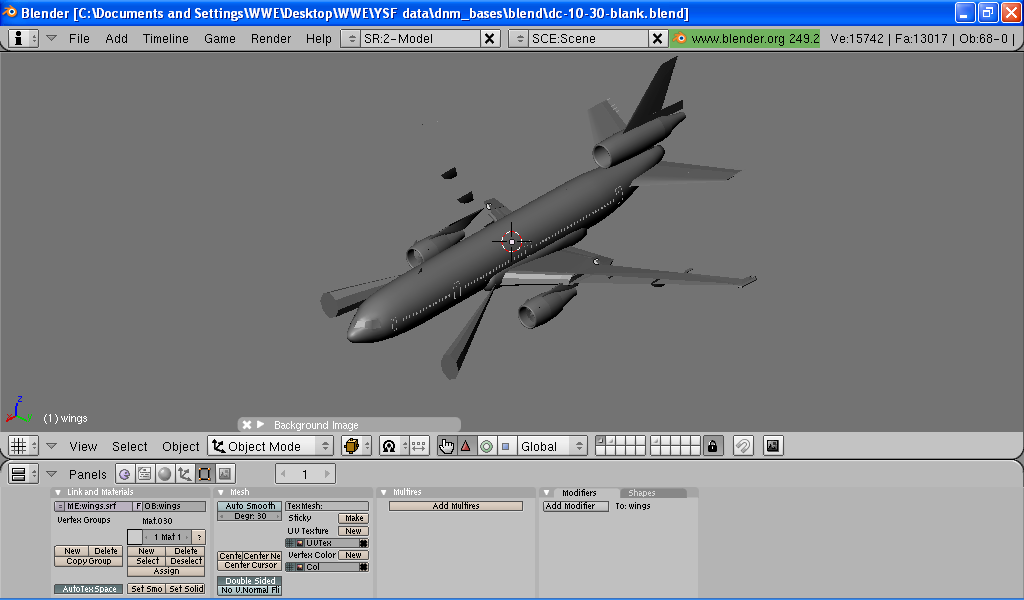 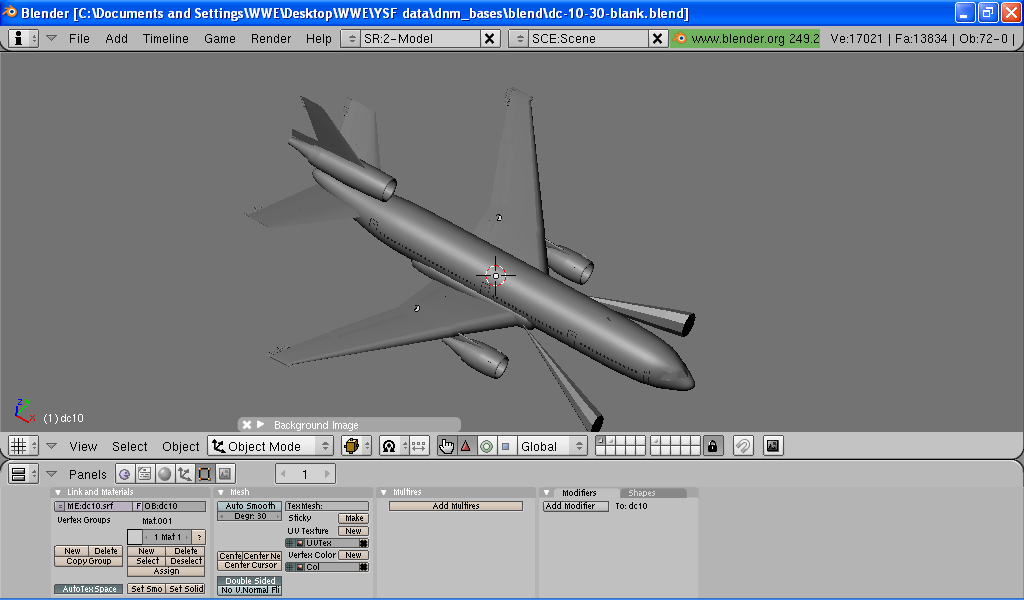 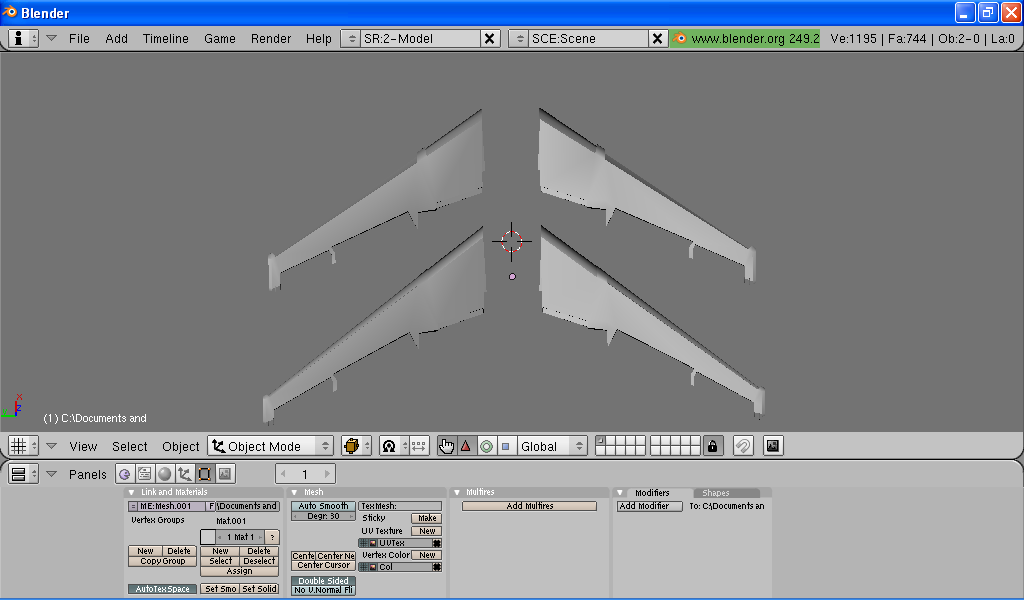 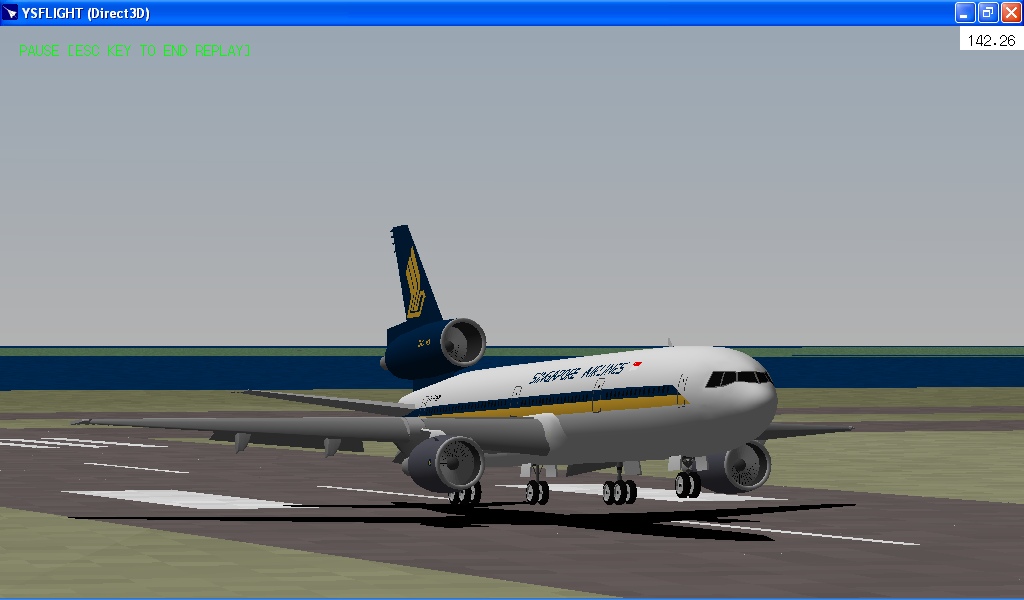 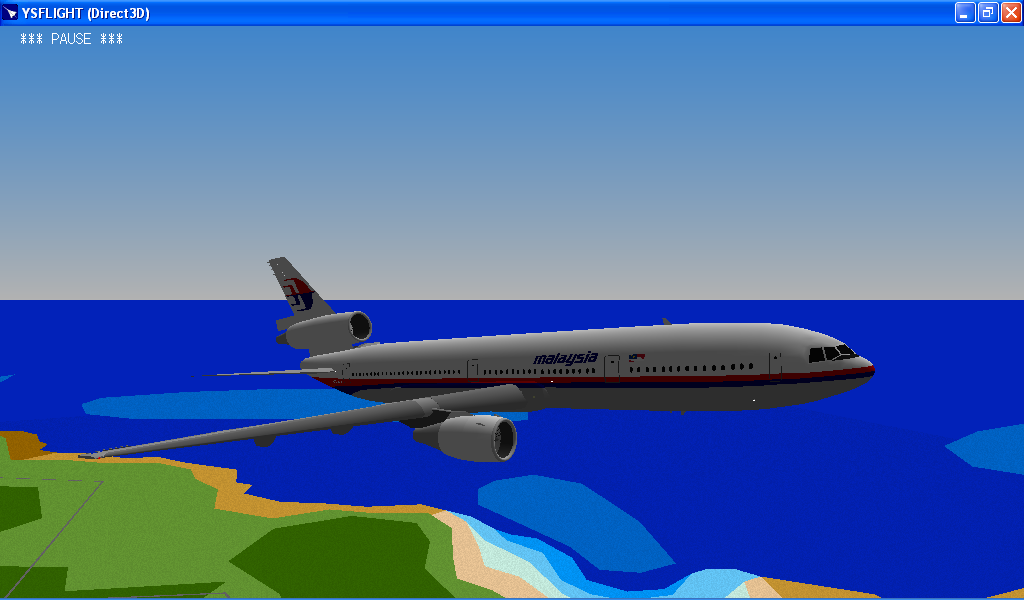 Garuda Indonesia DC-10-30 completed. This is with the -10 I completed earlier. Registration: PK-GIA 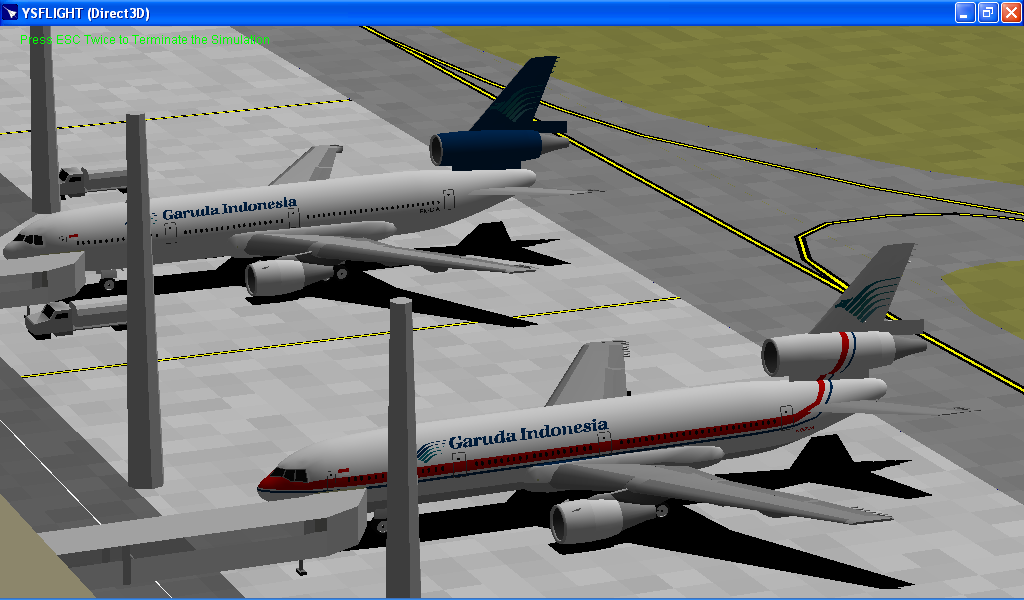 And
being a nice guy here 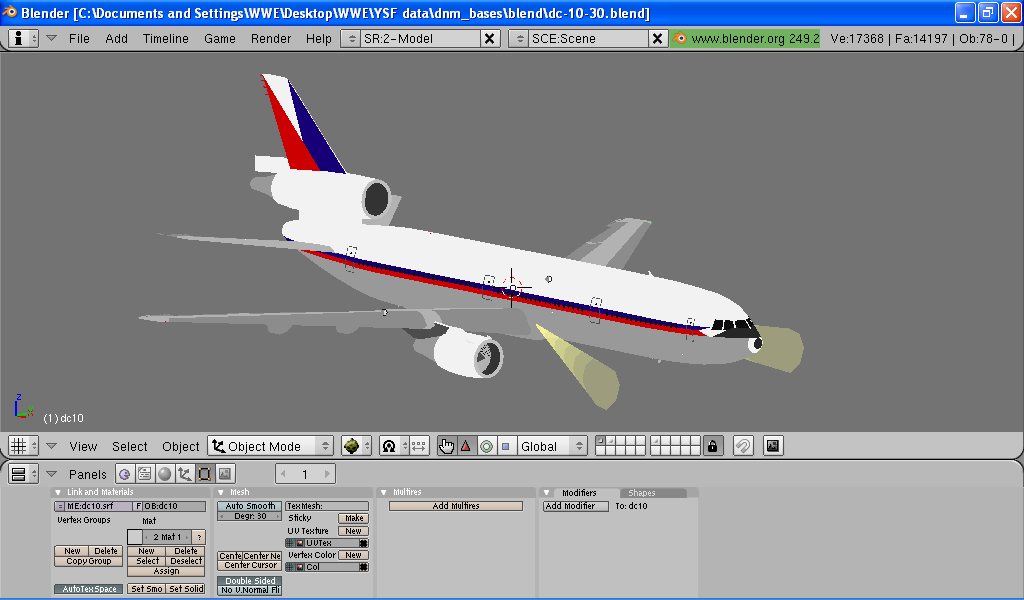 Here is "your" PH-DTI, flamer. 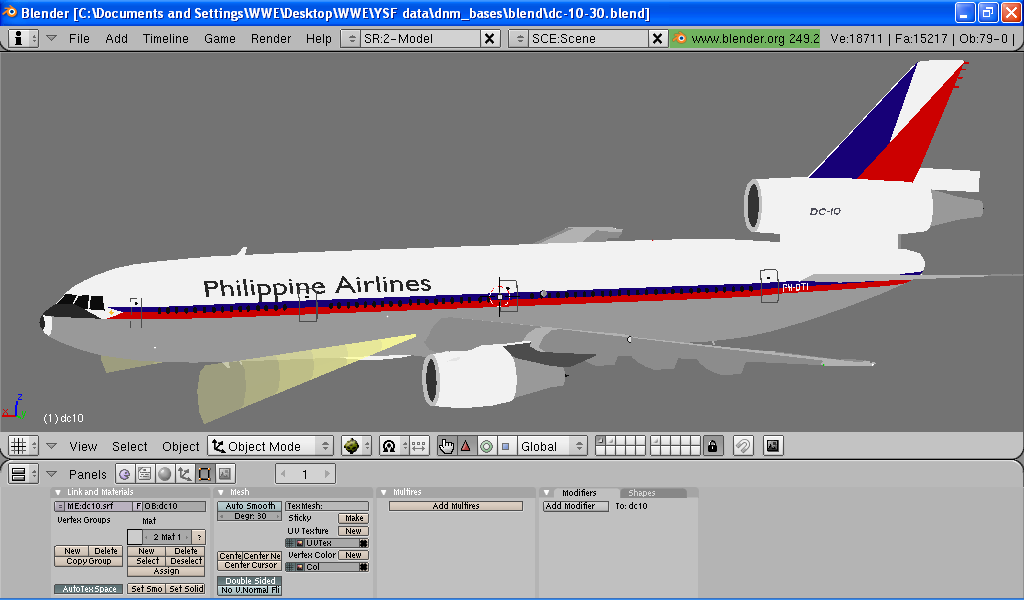 Very nice job on the DC-10s thus far, Raven! All of the repaints and decals, heck even detail looks spot on. Even though I'm more of a non-civi ys pilot, I would still love to fly these graceful birds once they are released. Keep up the good work

On another subject, it ticks me off why little whiny kids are allowed to get onto someone's Workshop thread and hustle the original modder and poster only for THEIR needs. NightRaven has done such a good job on these DC-10s and yet some thoughtless people can't appreciate such work and effort put into these beautiful birds! That just makes me sad
Top

I have actually been on and toured the Orbis DC-10. Cool deal.
"si hoc legere scis nimium eruditionis habes"

[s]Sorry folks, that's it from me.[/s]
Well
back to this thread after 2 months.
TBH I haven't done a lot with the DC-10, apart from ripping the wings apart and rebuilding them...

I didn't like the shape of the wing, how the aerofoil shape wasn't gradual. The actuator shape was wrong, as it was convex on the model instead of concave. The outer flaps were also supposed to be double slotted but I only had single slots. The slats also had the support structures connected to winches which held it when extended, but I didn't have that included.
[spoil]I realised the last mistake when I saw this image: 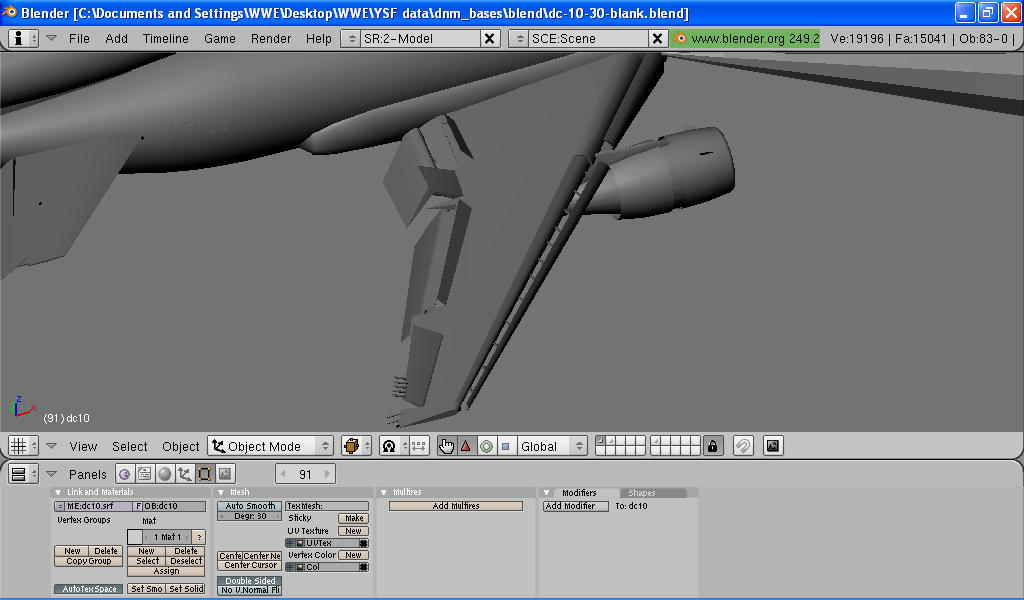 Unfortunately, that means that if you are already feeling tortured by the paused development of the DC-10, well, it's gonna get a bit more tough, because I have to redo all the paint schemes all over again.
and btw thats the -30, not -10, which i havent touched
So these days, I have been working with Dision and a few others (remember Zenuz?) to create a collection pack of AC3 planes. I have agreed to compromise a little and offer my works to the SARF pack.
I will downgrade the current AC3YS pack to the original AC3YS pack (the pre 2007 pack) with the few AC3 HADP aircraft. All other HQ people's works will now be directed to the SARF pack.

...even more to come. Images will be provided soon once HQ stops logging me out randomly.
9 Sep 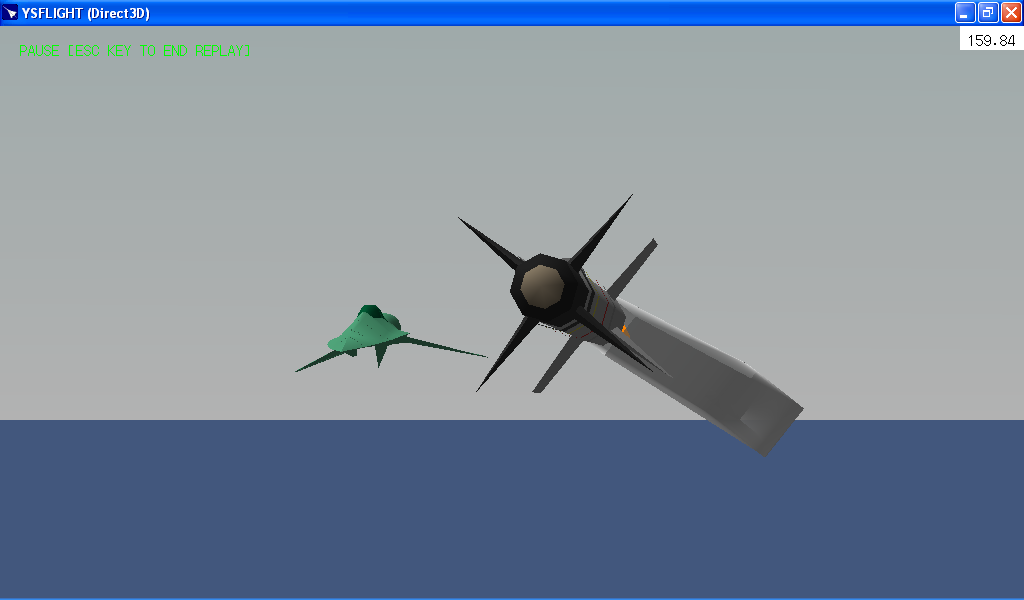 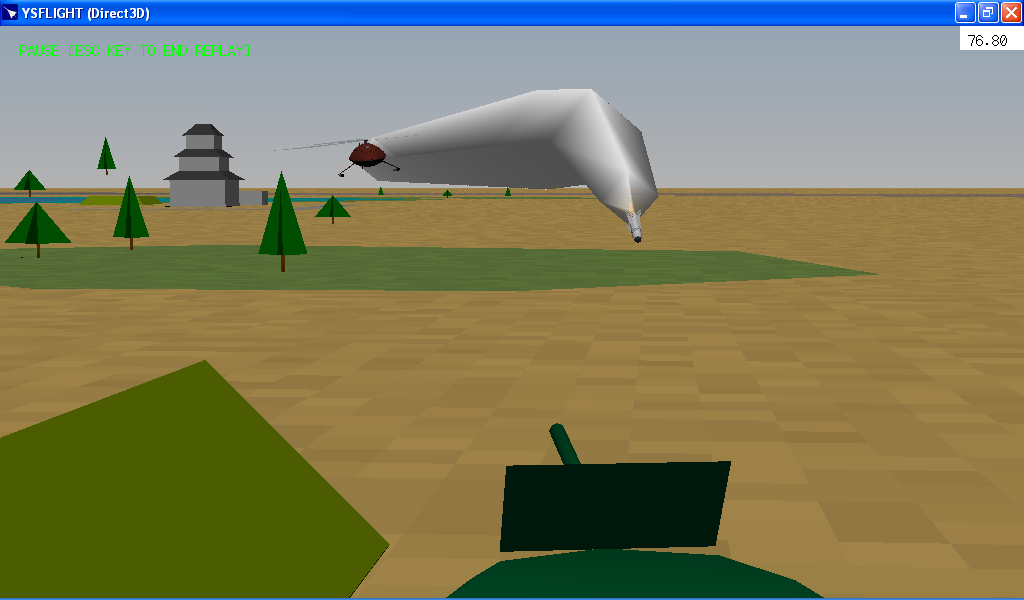 I am pretty impressed by how he made the original model, considering the amount of detail he made. Despite my skepticism on whether he actually did it, I am still very impressed, though there were many redundant parts.
19 Sep

Completed redoing all the affected paint schemes for the -30 series, including the KC-10. 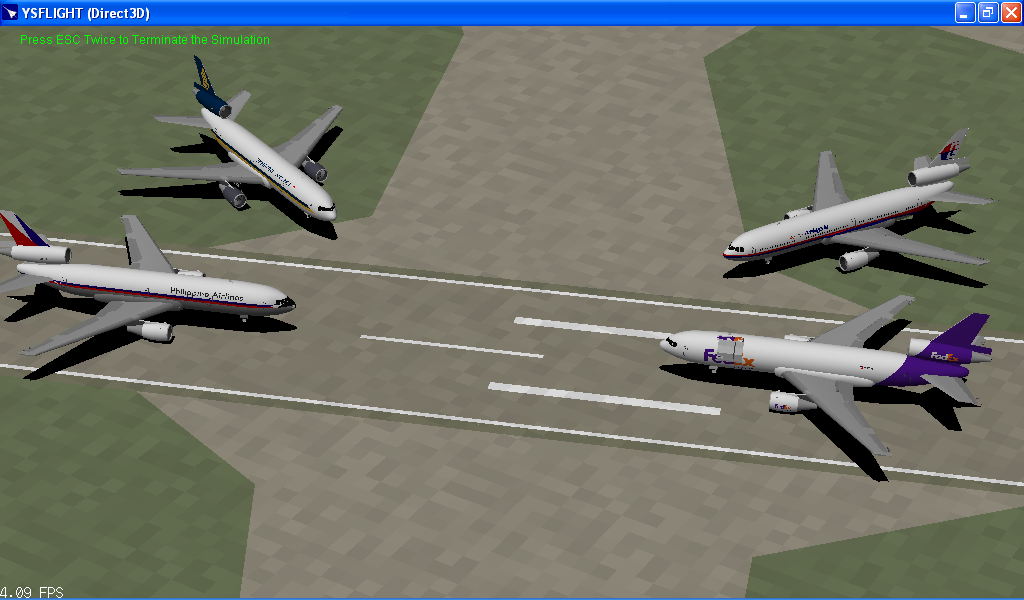 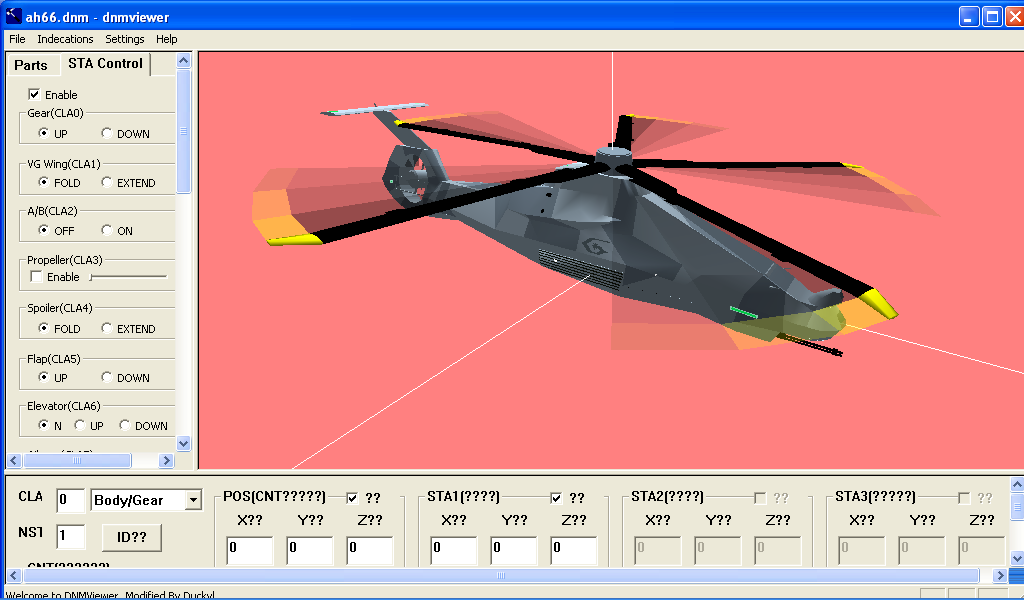 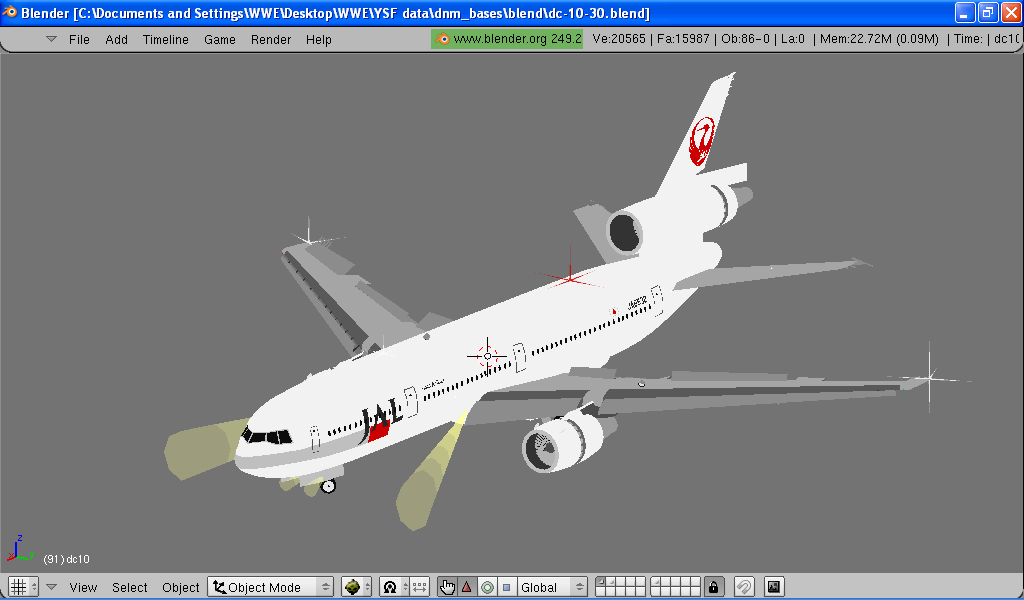 Registration: JA8532
Also, I began making a COFFIN cockpit that mimics what you see in actual AC3 gameplay. 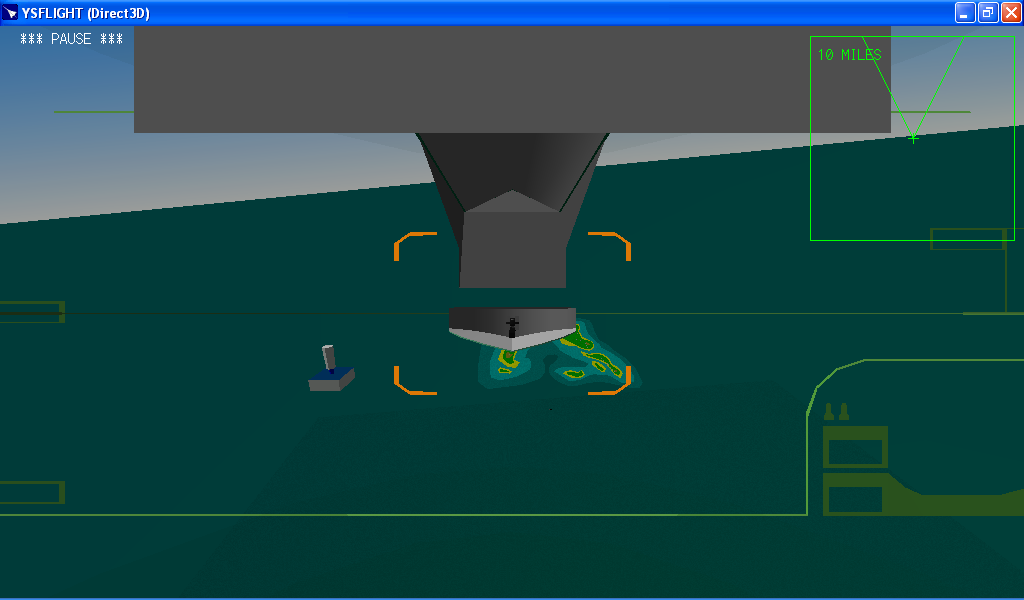 It's pretty close, apart from the positioning.

meanwhile doing all this 27 days before 'o's, lol, yolo
4 Nov

welp
last paper done, but I screwed it up real bad, so I just came home and started modding like crazy.

I think that in the past few months I wasn't here much, so people just kinda ignored me and stuff... 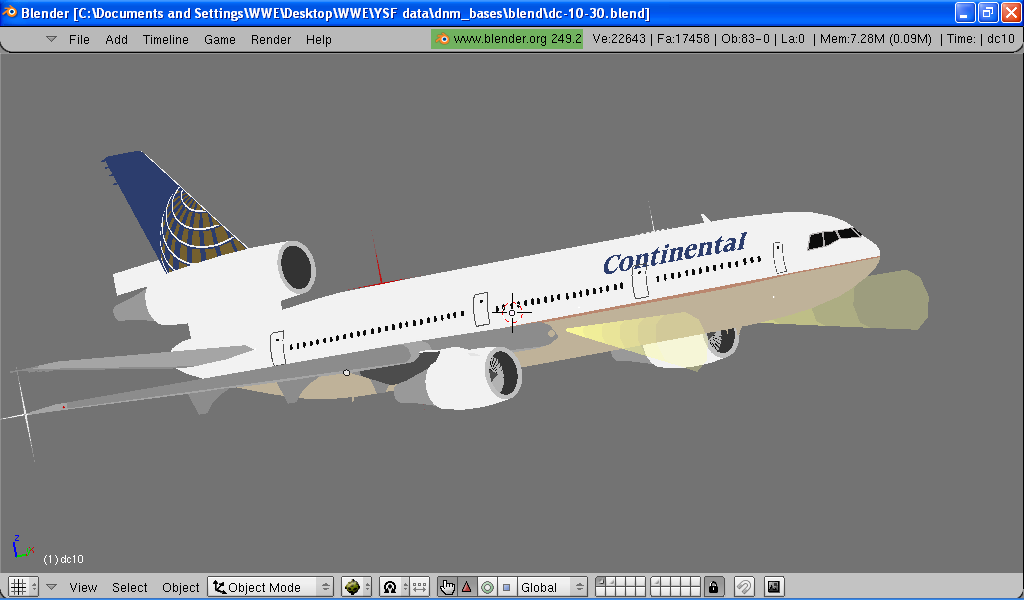 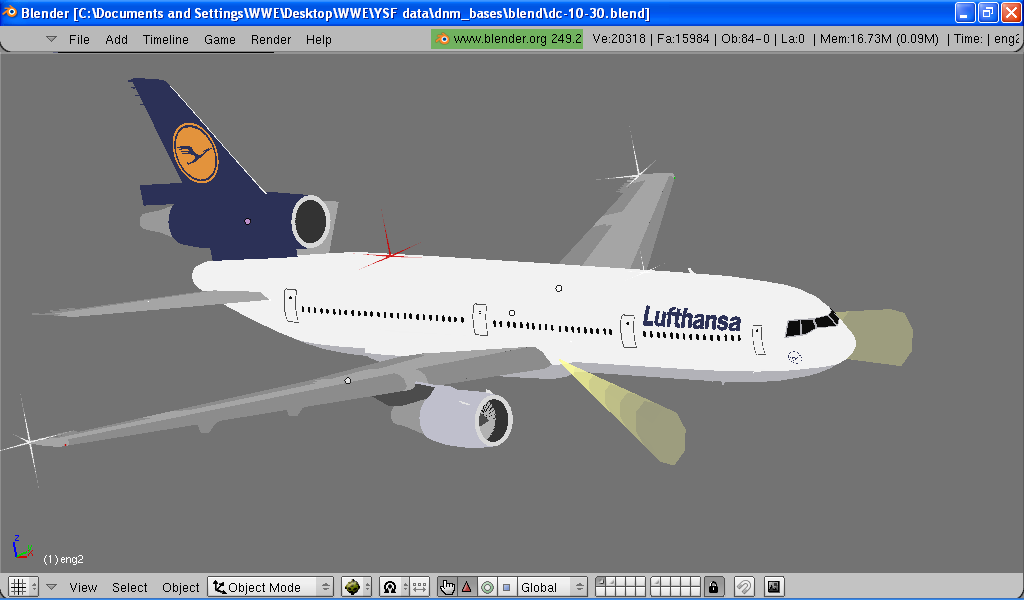 Very very cool NightRaven! I am definitely looking forward to this pack. Just curious, are you planning on doing a Northwest Airlines' paint?

So,
VARIG scheme done mainly cos lucas popped his head back, and I was bored. This is by far one of, if not the most difficult to make. All of the logos had to be made from scratch (not that I've not done it before), there were two sets of logos (the main VARIG logo and text and the small Ikaro logo behind the cockpit), and there are 2 stripes (wtf) running through the entire fuselage. Since I am not into cutting, I made the stripes a separate mesh, and most of the effort was shrinkwrapping the stripes onto the fuselage. 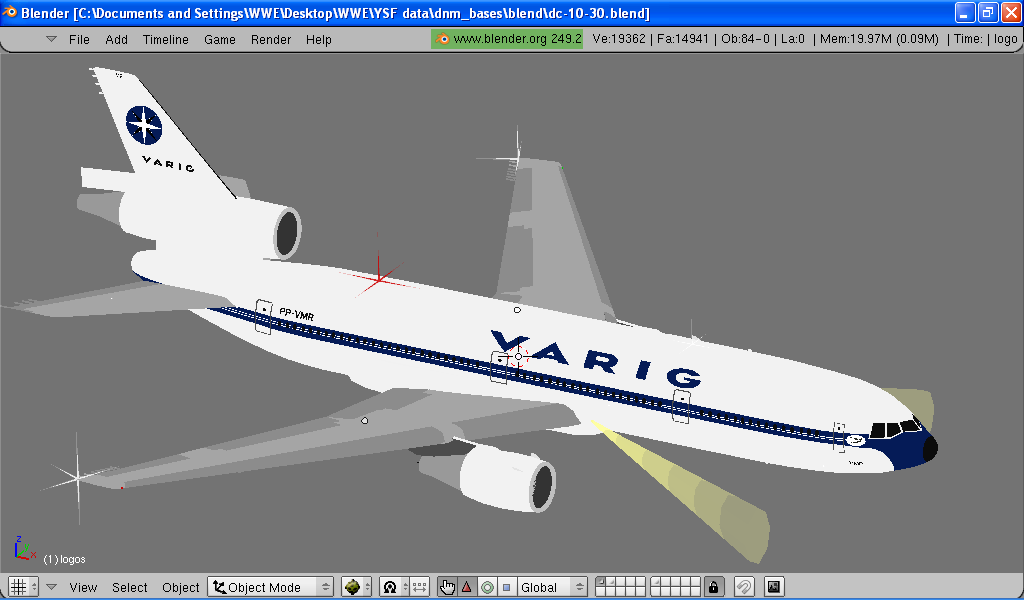 Apart from the DC-10-30 Intercontinental decal on the #2 engine, this is right about done.
Registration: PP-VMR (notice anything about this?)
8 Nov

VARIG scheme complete with the Brazilian flag and #2 engine decals. 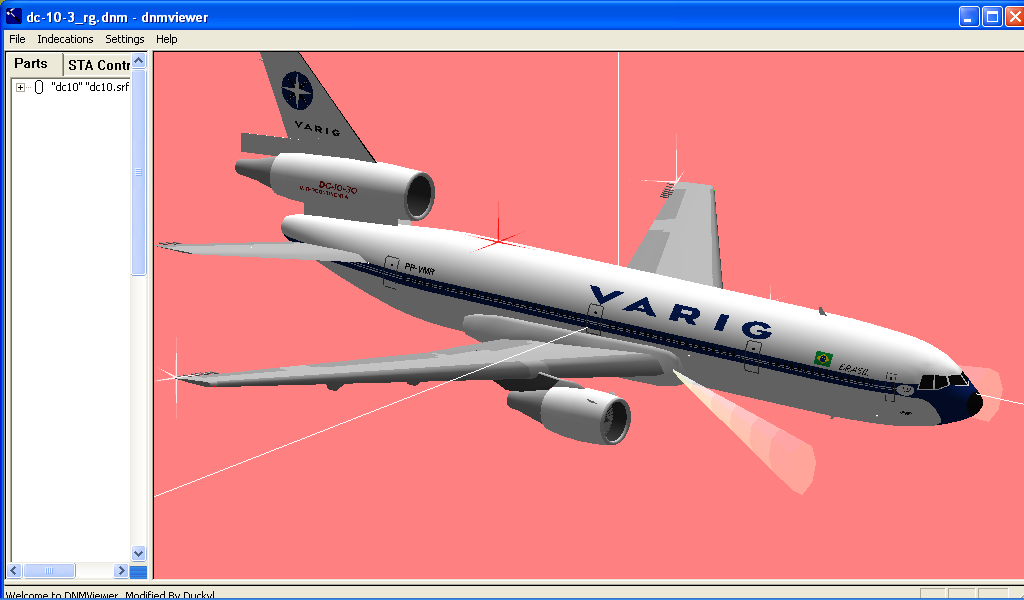 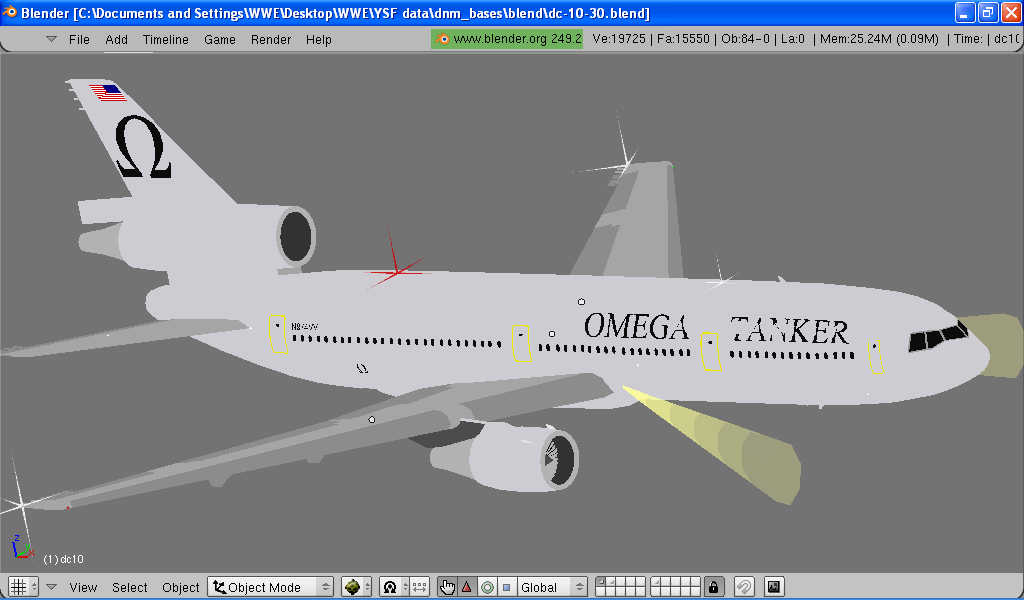 Not complete, but a preview.

Also, for those who didn't get the registration reference above, it is the same registration as the Singapore Airlines DC-10-30.
Top

*Gets down on hands and knees*

O great NightRaven, forgive this humble peasant for asking such a question. When might we partake of these excellent aircraft?

I gotta say that I really love that Varig paint scheme. It looks super realistic!

Omega Tanker done at last. (I think)
Mk.32 refuelling pods on either wing, and the drogue extends ~22.5m behind the pods. 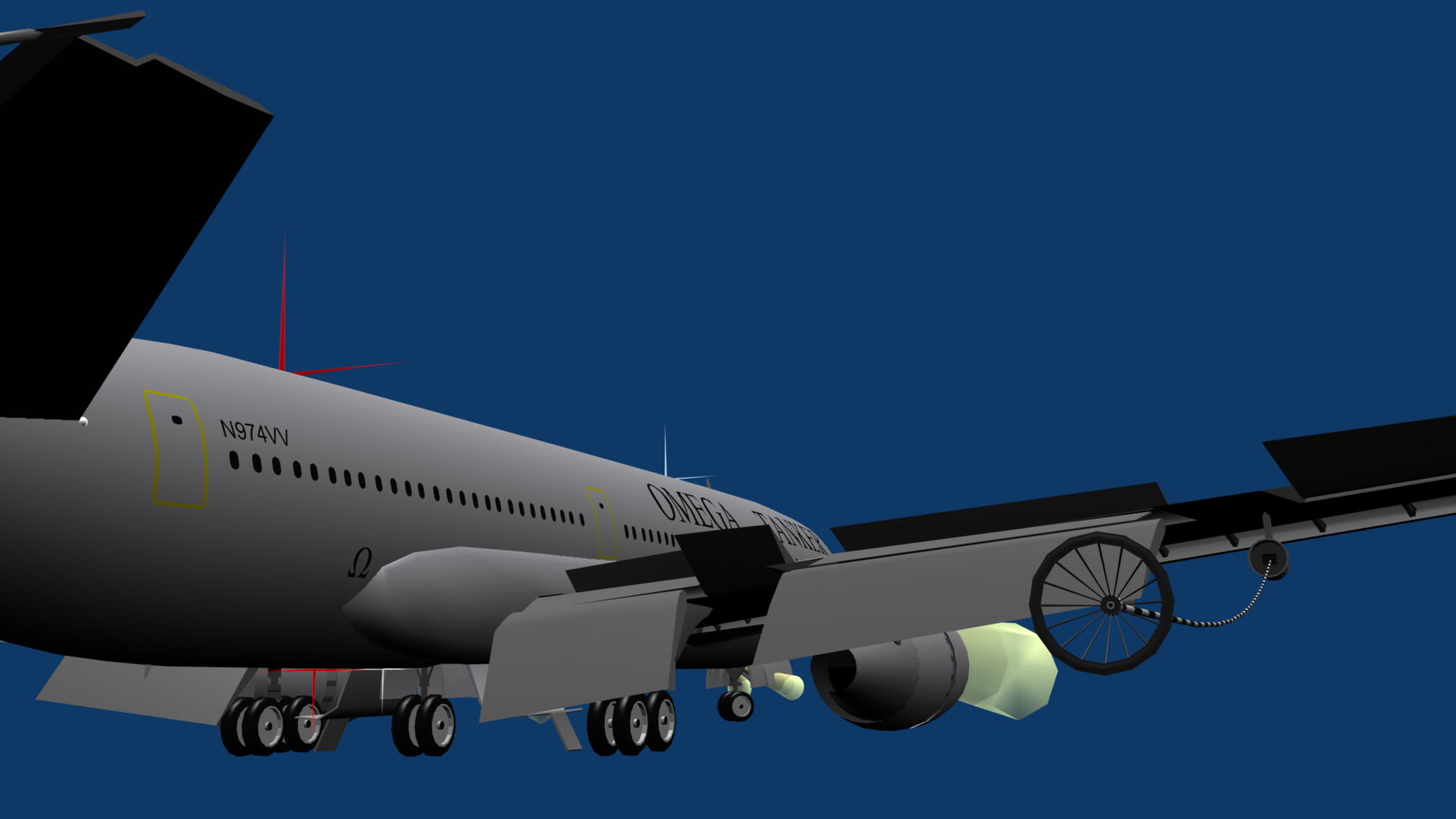 wat
well thats true to an extent, so maybe...

Pan Am scheme done. Registration: N84NA. Better known as the Clipper Glory Of The Skies. 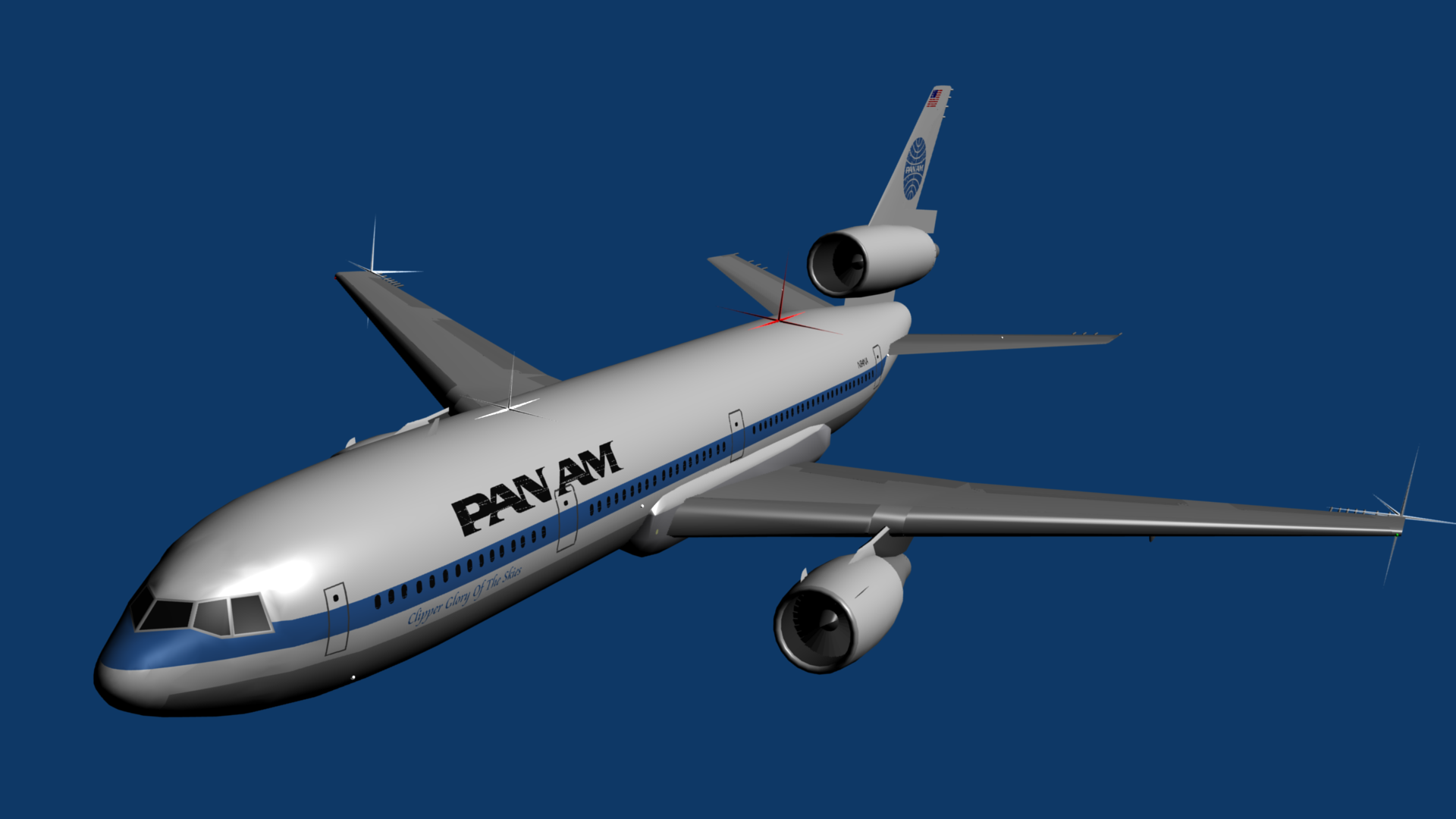 Exceptional work NightRaven! Can't wait to get my hands on these!
Hi! I make average, undesirable, boring grey maps for YS Flight!