Large packs consisting of more than one type of aircraft.
Post Reply
19 posts • Page 1 of 1

Hi Ace Combat Colonel, can you please post a screenshot of what is included? Maybe a list of aircraft, too?
"si hoc legere scis nimium eruditionis habes"

Totally approve. This could get me back into playing a bit, and it's far better than my AC03 meshes.

I had a look a few days back.

I have been keeping silent so far, but I guess I can't do so any further.

In this pack, about half are duplicates from the collection pack I uploaded a year earlier. I understand that there are new aircraft, such as the UI-4053 and Su-43(clearly made by Darkness Of Enigma), but I feel that most of the aircraft in this pack is unnecessary.

For example, many, if not all, of the aircraft feature the tag [SARF-(insert organisation name)], and these aircraft are already in the collection pack. By doing so, you are effectively doubling the disc space required for servers to include both packs, as the server will identify the same aircraft under two different names (might also increase log in times). This will also affect the clients who want to see and use these aircraft.

Also, some aircraft are not done properly, such as the EF-2000U. There are no gear bays (which means you can see through the aircraft when the gear is down), the engines don't look particularly spectacular, and the dnm is 4MB (which is twice as large as Decaff's 727). Some aircraft parts also do not contain the extension .srf, which can result in Direct3D YSF to crash. Peep hole effects from afterburners and transparencies also wreak havoc within the aircraft.

Feedback is alright, but with such sucking respect....
I must say you might have to calm down a little, the duplicates are still being improved with more details but are not being released yet.
And about the EF-2000E, the guy who made it used the original YSFlight EF-2000 and added some stuff to it...
I actually like their idea's into developing these models.
But hey, if you think this package should be improved, feel free to develop some for us.

Dision wrote:But hey, if you think this package should be improved, feel free to develop some for us. 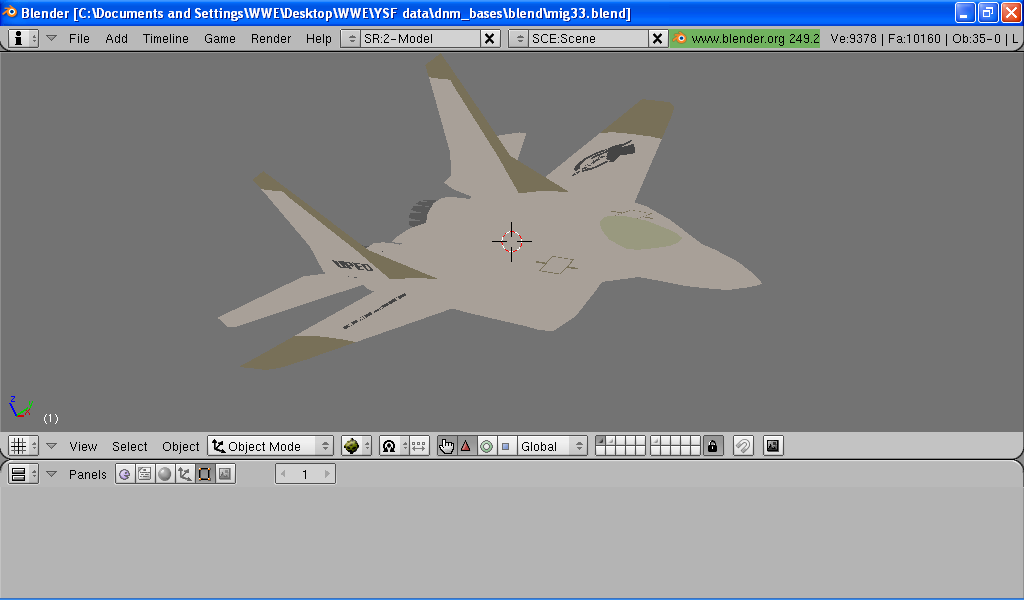 But, as stated before, I already have my collection pack, so yeah...
Top

You got that one from FSX lol

At least it's painted and (partly) animated...
Top

Tried installing, got errors that the crafts didn't load. Was it the way the package was compiled?
Top

CngDelta757 wrote:Tried installing, got errors that the crafts didn't load. Was it the way the package was compiled?

What was the error that you got? What OS are you using?

OSX, I put all the folders in their correct places, checked the .lst file, just somehow isn't working. Odd.
Top

The lst is full of backslashes (\) instead of forward slashes (/). Windows recognises either but for Unix-based OSes they only accept forward slashes. That's why you are getting those errors.

Modders, please don't ever make this kind of stupid mistakes. It is a total pain in the a$s to correct. I once used Ubuntu, and I could never use GAC because of the capitalisation of the filenames. I also spent a bit of time correcting all the backslashes in Skipper's lst in order to make it work.

For now, just replace the backslashes with forward slashes. Unfortunately I have not found a way to batch replace these characters, so you will have to do it manually.

Find and replace in notepad.

Well that's a PITA.And there is nothing equivalent for OSX?

Throw out the apple box and get a real computer?

Do you not have a word processor?

I'm personally going to launch an 3.2 version with those kind of corrections. Just don't worry.
Top

For now just use my collection pack. I doubt there are errors, and the aircraft inside are almost the same.