To an awesome squadron leader, fellow what-if military nerd, and YSFHQ Administrator,... Have a good one Bombcat! 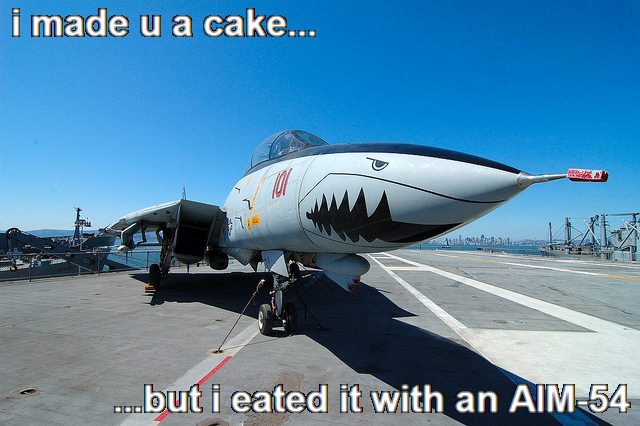 Happy birthday Bombcat. Have an awesome one.

Haha Bombcat, you're getting old!

Happy birthday!
I don't know who you are. I don't know what you want. If you are looking for my signature, I can tell you I don't have one. But what I do have are a very particular lack of skills, skills I have imagined having over a very long career. Skills that make me are completely useless in any situation. If you stop reading now, that'll be the end of it. I will not look for you, I will not pursue you. But if you don't stop reading, I will look for you, I will probably not find you, and I will kill your refrigerator.
Top

Happy birthday man! have a great one

Happy Birthday to the legend that is Bombcattus.

Have a good'n bud. I'll drink a beer for ya.