I'm going to have to give it a guess, that it's somewhere in America? Also please don't lose this map!

Dropbox or Google drive, get on it modders!

So where in Texas or the southern plains.

I know it's the Minnesota airport they just had the air show at since Ray requested it. Fast work on that I'll say. Funny you're doing that, because I was gonna do a surprise for the exact same reasons.
VNAF Aerobatics Commanding Officer and Founder - - - YSAS Member - - - YS Aerobatic Pilot
YS ACC A-10 East Coast Demo Team pilot - - - B-1B Razor Demo Team pilot
VFA-49 GhostHawks Commanding Officer

I Couldn't agree more, I use Dropbox and mediafire for storing modding things.
Top

yeah! mediafire is awesome! hopefully they dont change it!
Top

A ground object based on the Sunsphere in Knoxville. 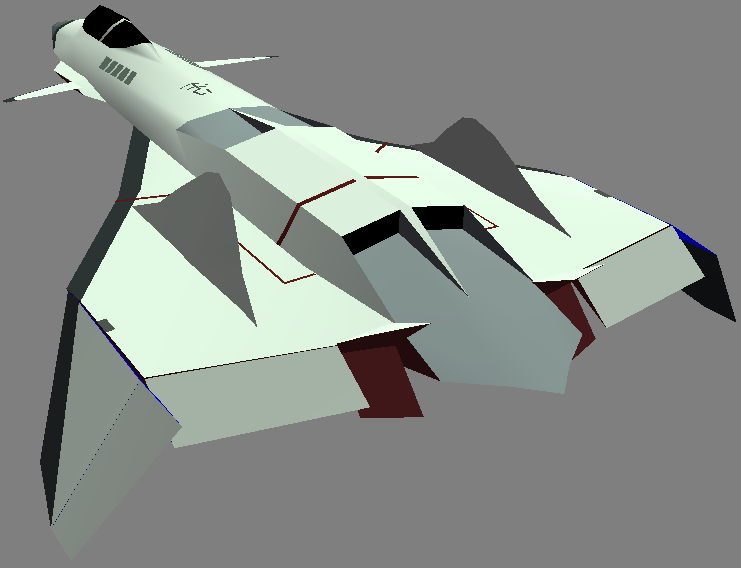 People will be flying in from all across the state to see that airport!

I've finally got a working, okay-looking F-16D model in the TBirds paint. I had to take the cockpit from one of the FACH F-16Ds, export it, delete the F-16C cockpit and import the dnm of the F-16D's cockpit. I've decided to make the (fugly) fueltank equippable so that people can choose between extra fuel or not.

I DO have one question and this applies to both my F-16C and D models, whenever I fly six of these in formation my frames drop from 53 to 7.91. Two of them alone drops to 35 frames per second. Any reason you guys know why it's so laggy and framerate dropping? Anytime I fly the diamond and look in F9 view I can't even record because the frames are too low.

Probably because you are rending a TON of detail. Try flying with the coarse mesh visible and see if that partially solves the problem. If it does then it is because the detailed skin is really beautiful. If you are not using a coarse mesh, then that may be part of the problem because now YSF has to use the detailed mesh for calculating important flying parameters like collision space etc.
Check out my website YSDecaff for all my tutorials and addon releases.
Visit by Bitbucket page for Python codes: https://bitbucket.org/decaff42/

Are you running a dedicated video card? Post your PC specs, ram, type of HDD and speed, cpu, and of course video card

I've been working on an expansion of the Turbot w/ Winnsworth scenery. This will include the following:

As always, all new airfield facilities will come with airfield lighting for night ops.

The new Terminal 2 at MLA and new runway (bottom of shot).

Turbofan wrote:I've been working on an expansion of the Turbot w/ Winnsworth scenery. This will include the following:

As always, all new airfield facilities will come with airfield lighting for night ops.

MLA_Expansion1.png
The new Terminal 2 at MLA and new runway (bottom of shot).

As a result of the expansion, I will be re-naming the map to "Central Mediterranean Islands (Fictional)." Completion date is anticipated around the end of September.

Awesome! Can't wait for this! And thanks for the terminal 2!

if you add an airforce base on your map, that's look cool!
Mark Colibri Arkan

By the way TFan, could you add an airforce base for the Winnsworth Airforce? If you could it will be highly appreciated.