looks like this is goodbye guys. my parents are pulling my wifi when we move to flagstaff and getting a data plan so small i won't be able to get online anymore. for those of u i promised to make some planes for i apologize for not being able to finish them.

hopefully things'll work out with the wifi but if not oh well.

You could always use a VPN and the clockwork Tether app.

A rather simpler solution would be to just murder your parents, if they're pulling your wifi then they obviously don't deserve to live. 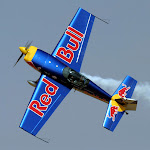 I don't know whether to laugh or be annoyed by your post.

NeurAxaL wrote: My Grandfather smoked his whole life. I was about 10 years old when my mother said to him, 'If you ever want to see your grandchildren graduate, you have to stop immediately.'. Tears welled up in his eyes when he realized what exactly was at stake. He gave it up immediately. Three years later he died of lung cancer. It was really sad and destroyed me. My mother said to me- 'Don't ever smoke. Please don't put your family through what your Grandfather put us through." I agreed. At 28, I have never touched a cigarette. I must say, I feel a very slight sense of regret for never having done it, because this post gave me cancer anyway.

OfficerFlake wrote:I don't know whether to laugh or be annoyed by your post.

cant we laugh at something for a minute instead of taking everything seriously? being all annoyed about people who have a laugh about something serious is stupid, laughing at the people in the situations is bad, but joking about it helps lighten it up. stop being PC drones and have a laugh for once.

EDIT: i have deleted the post because i already had a warning from our lord VarreN today