yeah is there anyone???
This user account has been replaced by a new account with a new username.
Top

I'm assuming you're requesting for a map of Bandung on the Indonesian island of Java for the airshow you're hosting next month. Let me tell you why this will not work.

Making maps is a time-consuming activity. You've effectively requested an entire urban area to be mapped, which would be extremely difficult to map out in its entirety. This is because lots of hours have to be put into positioning the ground objects and elevation grids to emulate an urban area. By this fact alone it won't be ready in less than a month. Furthermore, this is not an existing map, so making one from scratch would further delay your airshow. You have only a few options: using a hastily made map that doesn't look too spectacular/isn't complete, switching to another map, pushing back your airshow or cancelling it altogether.

Others have attempted this requesting-of-maps-one-month-before-airshow thing as well (remember MegaKoce?) and they have not succeeded. As with everything, you have to set realistic targets that are achievable within your means. The reason why airshows work is because the hosts have prepared well with what is at hand: if the map exists (for example), they use it; otherwise they make it themselves (and don't use it until they are satisfied with it). Making an entirely new map in 1 month is unrealistic, unless the modder really has no real life commitments (of which I doubt one exists in the community at time of posting). Furthermore, the fact that a deadline exists can put stress on the modder, and this may be reflected in the map-making process.
One-liner requests also tick me off. It's like you expect a modder to be at your beck and call, making mods as if it were their only way of survival.

At least include some data of what you want to be made and be polite. Simply asking "Is there anyone????" isn't polite. Yeah. I tend to be a bit sharp-tongued about badly formulated requests, so don't be completely unnerved by what I have said. But to be honest, I think it is best that you think over your request and your airshow; it clearly isn't going to work out very well.
Top

In short - modders have lives too!

To be honest it may look like there isn't much modders in the community, though I can tell you this isn't the case. We are away from ysfhq modding, and thats the reason why you don't see us Not to be or sound like a d!ck but Farell, I know you don't have any airshow experience what so ever, but if you really want this show to happen you might have to learn to make the map yourself, which isn't hard. Knowing most of us modders at the HQ, a user would post a request and there's only a 20% chance of it being made. Like Raven said, you might have to delay even further or cancel.

I'm sorry, but in my opinion cancelling is the best option. by the way it looks already, you can completely mess up this "event" if you:

I wish you a lot of luck to try and fix the holes as much as possible. And this is next month, which means for you, you really don't have much time if you think about it. This of course depends if you have another filled schedule with work/school related things.
Top

Ah. You guys are so polite.

This is the most stupid request I have ever seen. At no point between now and the future will you ever be ready to host your own show, let alone manage it successfully. I award you no points, and may god have mercy on your soul.

A short sentance "demand" for a map to be made? Do you have any manners at all? Are you kidding me right now? HAVE YOU LOST YOUR DAMNED MIND!? 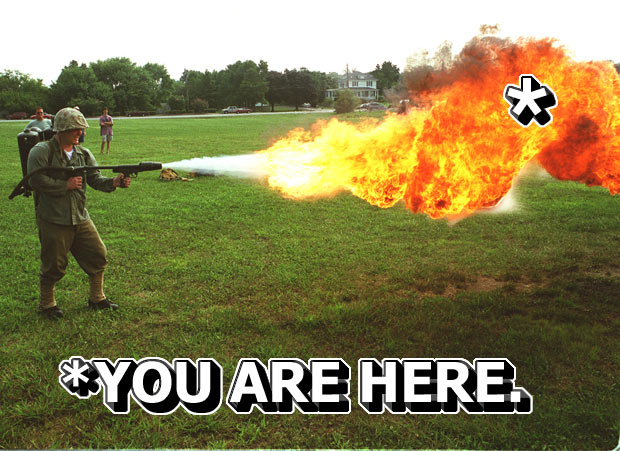 Ok, for your assistance, and to help terminate this abysmal topic, I decided to compile a help package.

You should really consider fixing your original post with some images of the area and more specific information about what you want POLITELY!!! I mean, if I were not busy, I'd consider doing it just because I don't want to be the only one doing air shows anyway. Even if I were to do it though, I don't even know what this place is, so now I have to find it. Then I have to guess where in this place you want the air show (over water if there is any, at the airport?). Then I have to spend days and weeks making it and oh ya, I only have like 2 weeks because your show is in less than a month.

Ok ok that you not want make the map so maybe i can cancel the airshow
This user account has been replaced by a new account with a new username.
Top

farrelldaffa wrote:i can cancel the airshow

Just a heads up, you yourself could have learned or at least TRIED to make the map before you expected us to make one for you. Lor was even nice enough to give you the files you needed. Flash forward through all of the time you could have done this and you decide to cancel anyway.

Again, learn to be organized, patient and less rude to others. All of this gone from someone won't get them anywhere. Next time you plan a show be sure to CONFIRM that everything is working out fine in real life, everything is good to go and the show date is at least two months away. I say this to you because I have heard stories of YS Airshows that were complete bullsh!t in both what the event was like and what actually happened/failed. We do not want to see another ruined show. (All information is for your health so that you can succeed next time with planning an event)

farrelldaffa wrote:Ok ok that you not want make the map so maybe i can cancel the airshow

Haha or ignore everything VNAF said and hinted at.

Oh well, I do completely agree with the second part of your sentence though.

Lie low for a bit. We'll move you in with witness protection services soon. After 6 months, it'll probably be okay to raise your head.
I am an accountant working full-time (and some). I'm not here as often as I would like to be. Send a message if you need me. There are a few people in the community who can get in contact with me urgently if you need - don't be afraid to ask. I just don't check here as frequently as I used to. Sorry!
Top

uhh no problem i just postponded into 22 December
This user account has been replaced by a new account with a new username.
Top

and i make the map too!
This user account has been replaced by a new account with a new username.
Top

oh man, NBC is gonna set the dogs on you